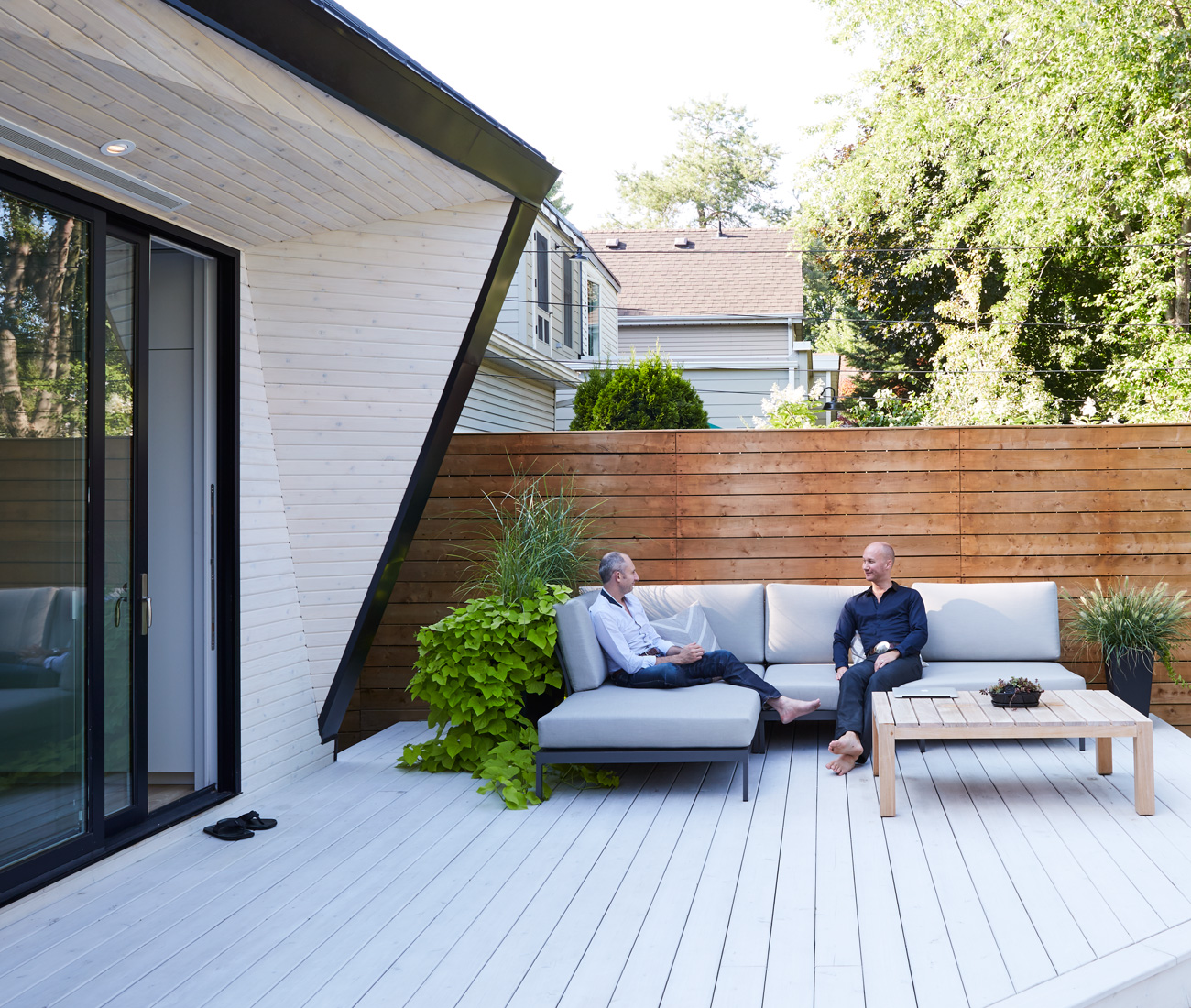 There’s no shortage of neat and tidy 90-degree angles in Toronto homes. Most neighbourhoods are free of the meandering roads characteristic of suburban subdivisions, and with space at an ever-increasing premium, building corner-to-corner just makes architectural sense. But odd lots do exist, as do architects eager to design outside the box. From the archives, we’ve rounded up a trio of homes (well, two homes and a cottage) that defy the usual squared-away footprint of Toronto homes.

At first glance, a wedge may seem like an unnatural floor plan for a home. In hands less capable than Creative Union Network‘s Tim Mitanidis, it might be. But the atypical shape belied the loft’s generous volume, which Mitanidis maximized by adjusting the layout – those stairs used to spoil the space – and with custom millwork. Check out the space here.

When architect Luc Bouliane co-founded Lebel & Bouliane, he swore that he’d never make a “Toronto addition,” which is more commonly referred to as a box. He kept his promise with this Leslieville addition, whose nine cedar- and aluminum-clad faces created a stunning gateway into the generously proportioned backyard, and which defies any conventional classification. See the full home here.

Amidst the log cabins and prefabs in Ontario’s cottage country, this Uufie-designed addition is a standout – and that’s not even counting its mirrored facade, which blurs the line between cabin and country. Connected by a single corner, the addition’s atypical geometry opened up new possibilities, including a uniquely pitched loft (pictured), as well as windows that look both out and in. See the full build here.