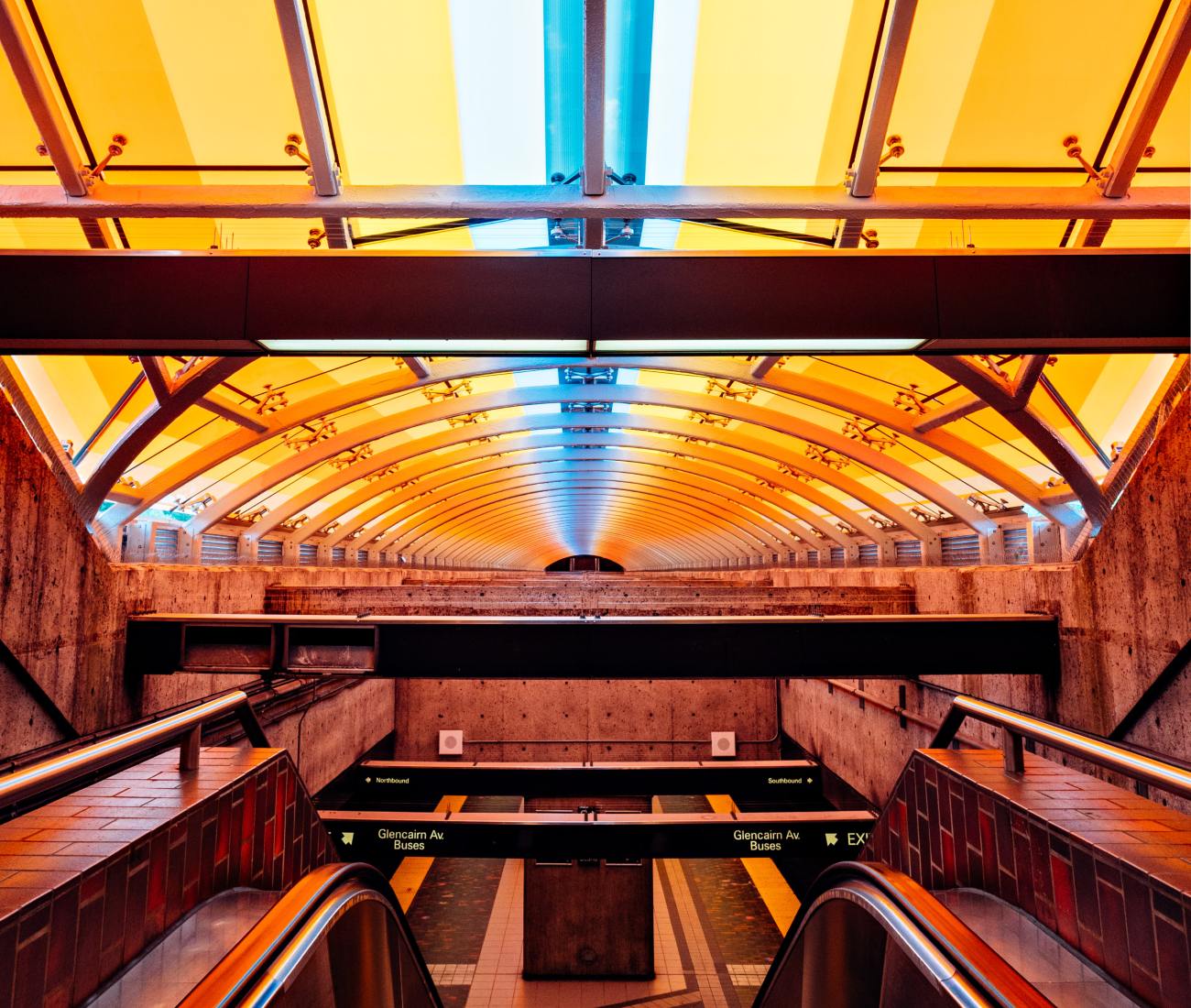 A series of building-spanning murals, a stained glass ceiling and an interactive meditation on play will make this city a more beautiful place to be

Just because summer is over, it doesn’t mean Toronto is without vibrancy and colour. From an art installation that investigates the racial politics of play to a student hub immersed in Indigenous culture and a subway station rainbow that lifts the spirit, public life across the city is as vital as ever.

Despite the millions of commuters passing beneath its glass roof each year, Glencairn Station remains a gem hidden in plain sight. The subway stop – one of the least-used in the transit system – is also the most whimsically beautiful. Joy, a multicoloured stained-glass skylight designed by Quebec artist Rita Letendre, bathes the platform in a rainbow of light. First installed ahead of the station’s 1978 opening and removed after its colours faded, the skylight was recently replaced. Glencairn is well worth the stop. TTC.CA

Situated on the traditional territory of the Mississaugas of the Credit, Seneca’s Newnham Campus in North York is now home to the Centre for Innovation, Technology and Entrepreneurship. And it’s no ordinary college building. Designed by Perkins and Will in collaboration with the First [email protected] office, the interdisciplinary hub combines cutting-edge tech facilities with Indigenous narratives, including a terracotta facade that evokes Anishinaabe birchbark “memory chests,” as well as a showpiece terrazzo medallion – 10 metres in diameter – by artist Joseph Sagaj, dubbed the Circle of Indigenous Knowledge. PERKINSWILL.COM; SENECACOLLEGE.CA 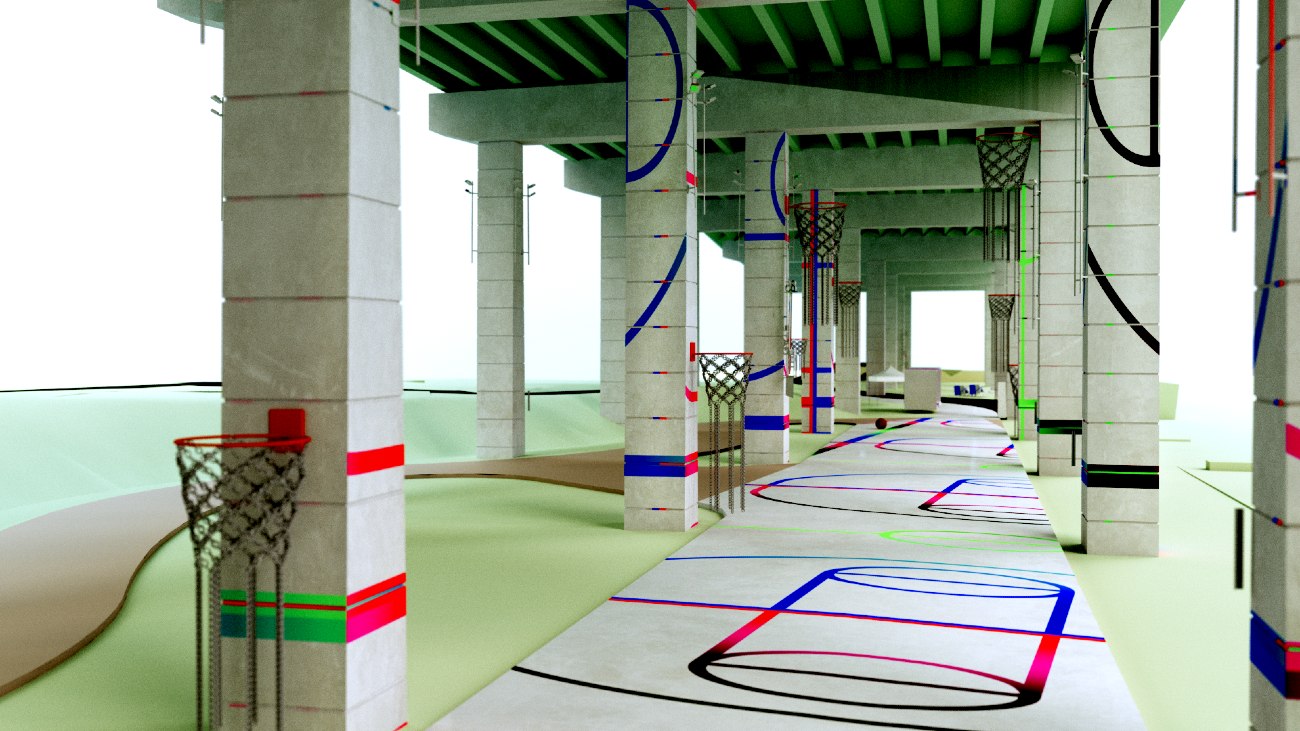 From a winter-wonderland skate trail to a summer hangout and art venue like no other, the Bentway has transformed an overlooked sliver of land into a dynamic public space. In 2021, the concrete cathedral beneath the Gardiner will welcome Double Dribble, an immersive basketball-themed exhibition that invites visitors to play – on their own terms. Led by artist Esmaa Mohamoud, whose installations are celebrated for their incisive focus on Black bodies in urban spaces, the interplay of hoops and markings will subtly interrogate the spatial politics of play. THEBENTWAY.CA

Originally published in our 2020 Reno Issue as “Public Renaissance”.