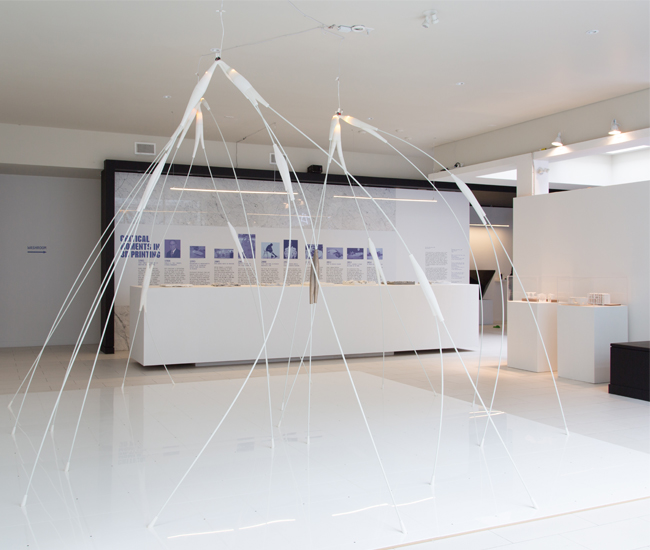 If you thought 3-D printed keychains were cool, you ain’t seen nothing yet

While Torontonians can now create their own knickknacks at MakerBot-equipped library branches or communal workspaces across the city, tech-savvy visionaries are imagining how 3-D printers can be used to manufacture much larger, more intricate designs.

On May 14, Design Exchange launches 3DXL, an exhibition showcasing experimental 3-D printed projects by a selection of local and international designers. Ranging from a vertical sculpture that resembles a bundle of intricately-detailed tentacles to a concept model for a fibrous, bird nest-like shelter, the avant-garde creations on display could never have been realized with conventional construction techniques. They serve as an exciting preview of what we can expect in the years ahead as next-generation 3-D printers start to radically reshape the built environment.

Below, DX curator Sara Nickleson introduces three of the projects featured in the upcoming exhibition. Also on view: a sculpture by Toronto’s Denegri Bessai Studio inspired by the root structure of a mangrove tree (shown above), an igloo-like pavilion designed by Californian firm Emerging Objects, and more. 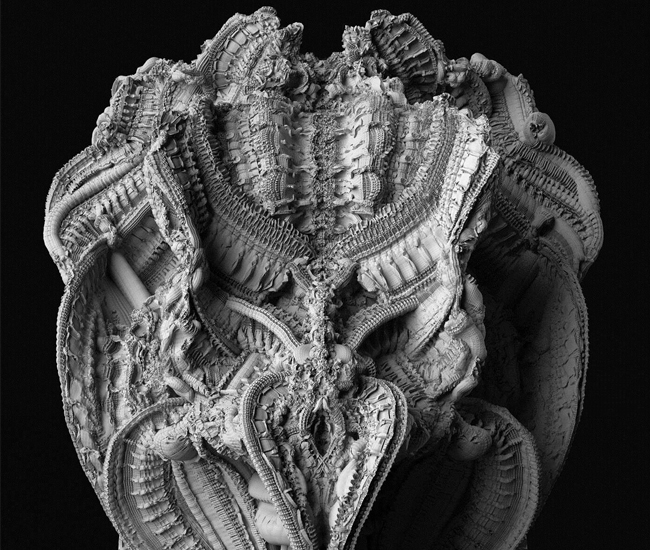 1 Arabesque Wall
“I was blown away when I first came across Digital Grotesque, a 2013 project by architects Benjamin Dillenburger and Michael Hansmeyer, while doing research for 3DXL. I have never seen anything quite like it – the design is past and future, antiquity and technology, beautiful and bizarre all at once.

The most impressive thing about it is the incredible detail in the sand printing, and yet, they’ve gone further in developing Arabesque Wall, designed specifically for 3DXL. The fine detail of this new structure reaches the threshold of human perception and is the most impeccably printed architectural component in the world. Watching it evolve over the course of the exhibition development, I can’t help but feel very proud to see it completed and included in the show. Dillenburger and Hansmeyer are geniuses.” 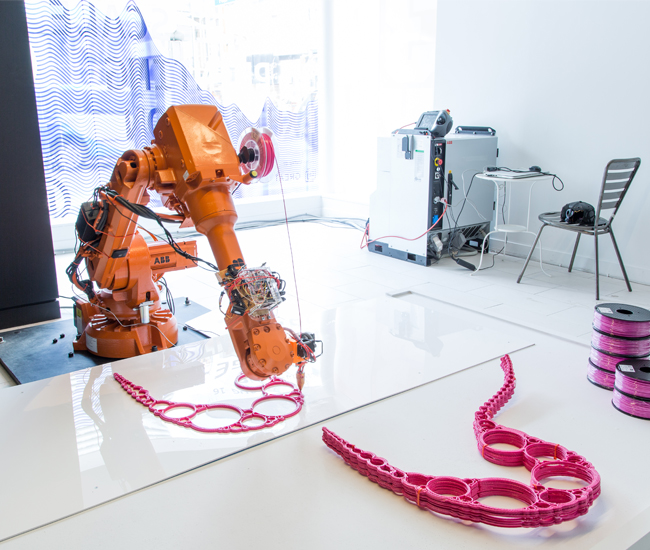 2 Wiremass
“Gilles Retsin of Softkill Architecture [the firm behind Protohouse, a 2012 concept for a house assembled from 31 3-D printed sections] teamed up with his UCL/Bartlett School of Architecture colleagues Manuel Jiminez G. and Vicente Soler to create a 6-axis 3-D printer by reprogramming an industrial robot.

Essentially, they’ve hacked a robotic arm normally used in automotive factories and turned it into an extruder that releases a continuous thin line of plastic that hardens in the air. The structures, models, and furniture pieces produced are light, organic and very structurally sound.” 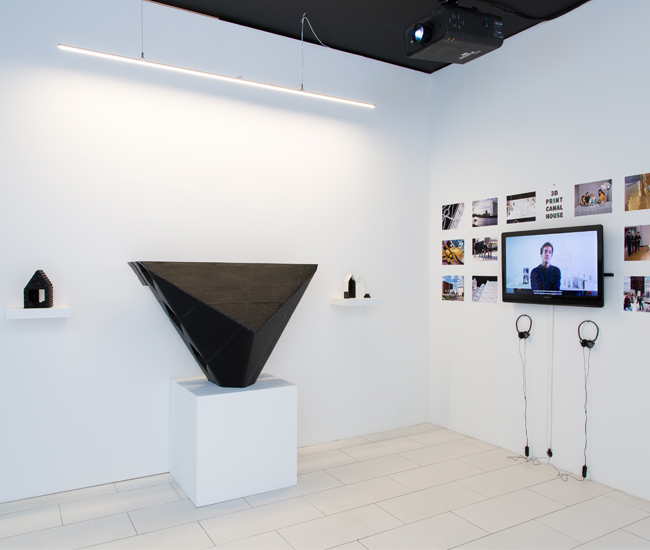 3 Canal House
“Amsterdam firm DUS Architects are currently working on a 3-year project to develop the world’s first four-storey 3-D-printed structure in the form of a traditional Amsterdam canal house – a 400-year-old symbol of the city brought into the 21st century. Piece by piece, room by room, they are printing the house on an upscaled desktop printer 6m tall, called the KamerMaker (or ‘Room Builder’).

For 3DXL, they’ve sent an immersive video, scale models, and a full-size essential component of the building to put on display.”