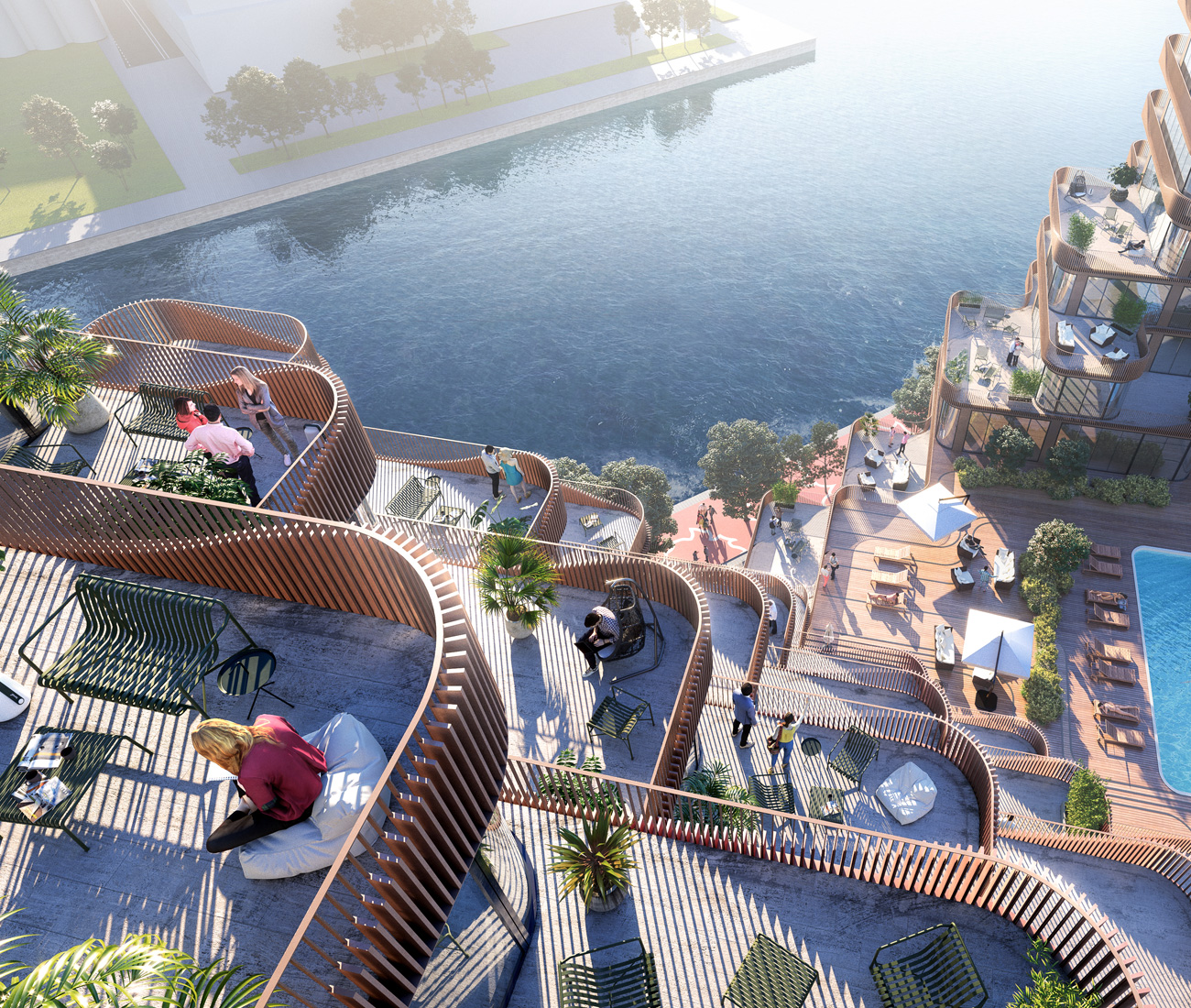 The Danish firm 3XN has numerous developments currently underway in global cities like Shanghai, Vienna and Sydney, Australia. Today, it added two more to that list and both are in Toronto – including its first North American highrise.

This 43-storey residential and mixed-use tower will be built at the corner of Church and Wellesley streets, an intersection that is at the heart of Toronto’s LGBTQ community. The tower consists of four stacked masses that will rise 153 metres. 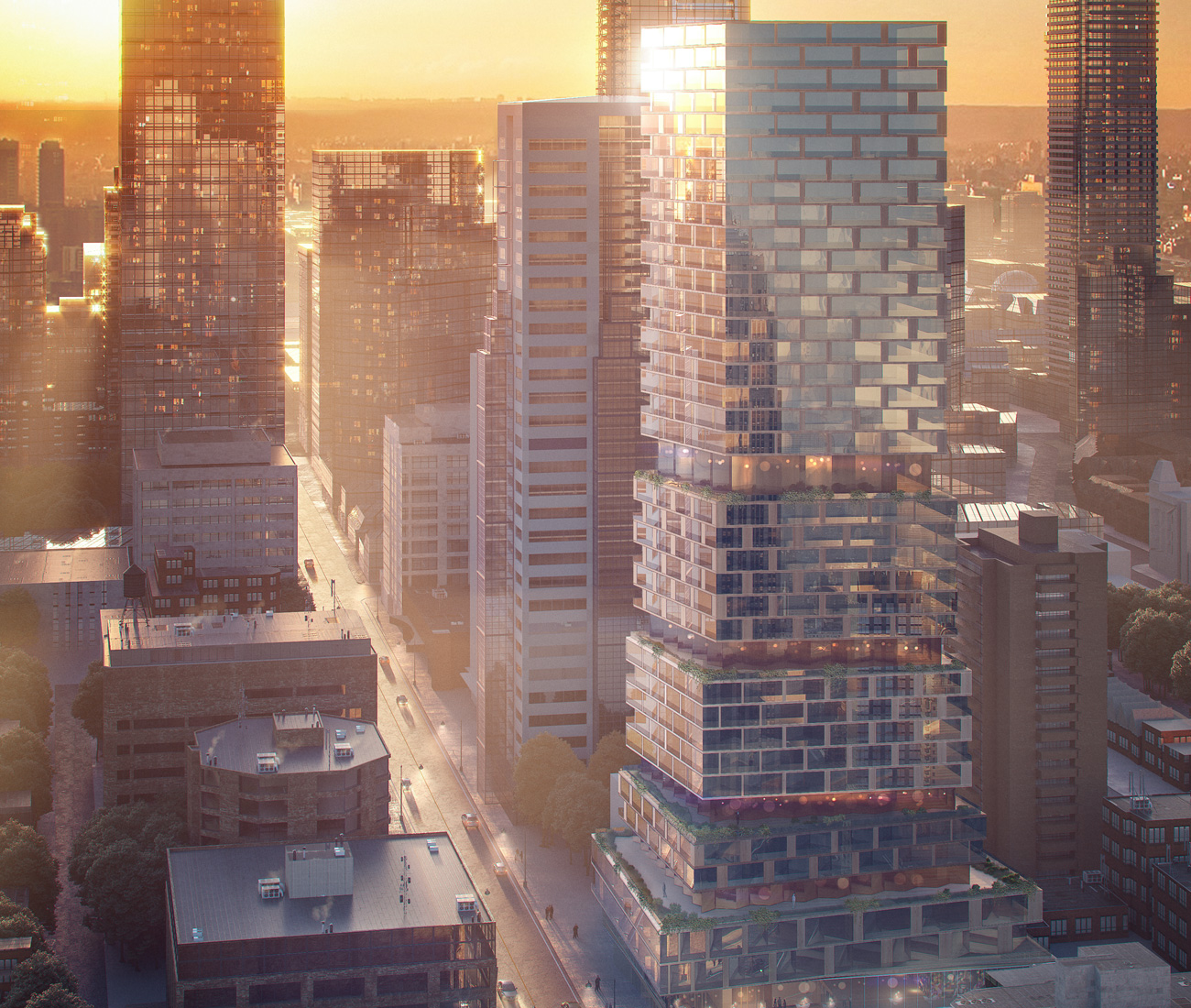 There are two immediate features that stand out in the plan. First, it will replace a corner of underused storefronts with a major public space: a two-storey plaza that will provide an inviting gathering point for community activities and events. It will also feature a grand staircase at street level and an elevated catwalk with retractable glass covering the area. 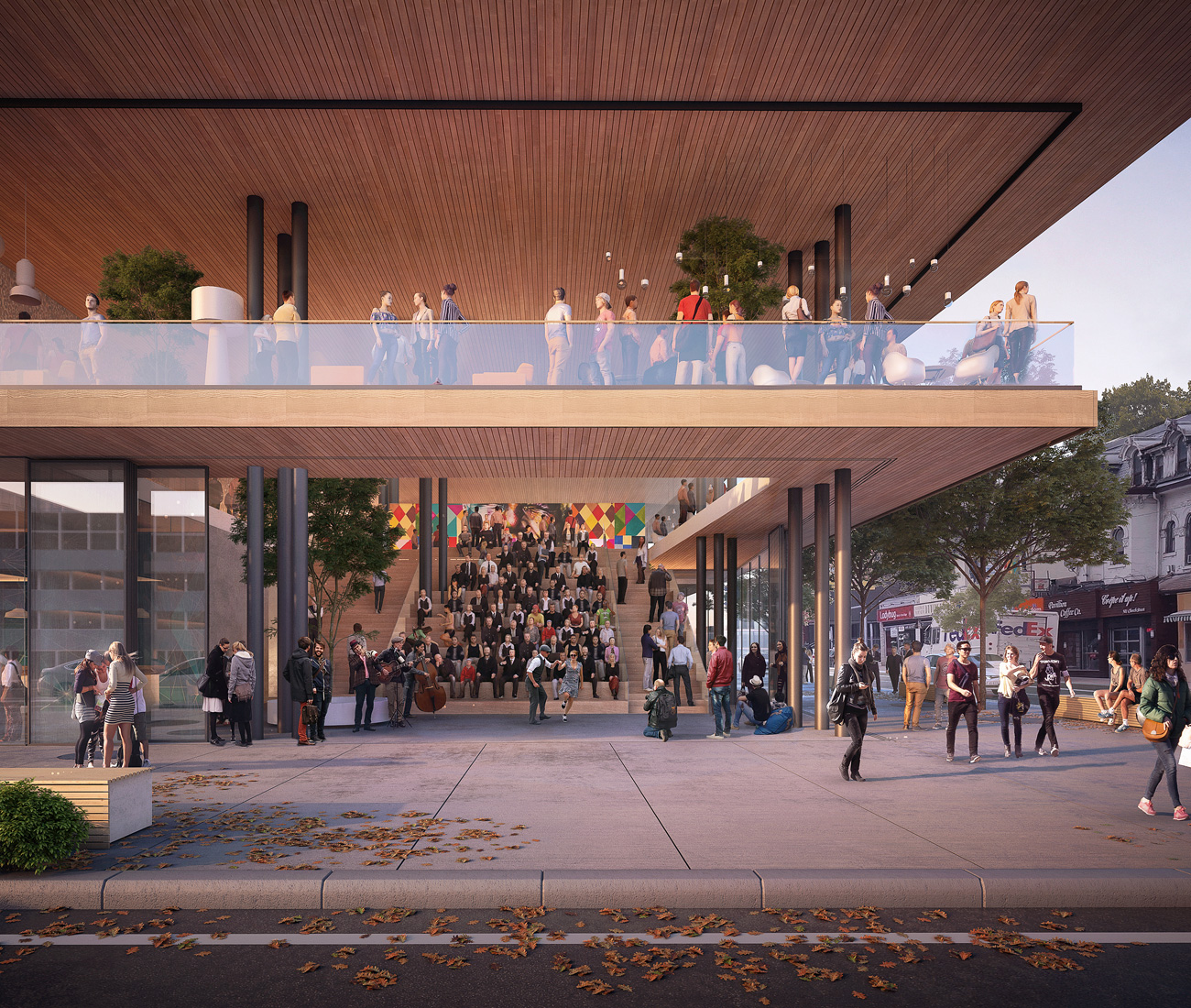 The second major feature is that it is almost exclusively comprised of rental units. Like many growing cities, Toronto’s condo boom has depleted the number of available apartments in the downtown core, which has caused monthly leases to skyrocket in price. Buildings like this one – currently being called The Church and Wellesley and developed by One Properties – are welcome additions in a city that has prioritized condo buying for years. (Westbank’s Mirvish Village project, at the site the landmark Honest Ed’s, is another massive development being applauded for its addition of rental units). To match pre-existing structures, The Church and Wellesley will add retail storefronts at street level, while the main tower will rise along Wellesley Street, stepping back in graduations at floors 8, 13 and 19. The layering allows for expansive gardens to fill extra-large verandas and to provide residents with exceptional views of the neighbourhood’s vibrant street culture, especially during Pride week. 3XN’s founding principal Kim Herforth Nielsen notes that the four stacked masses, depicted in the diagram above, were inspired by the pre-existing townhouses in the neighbourhood.

The announcement of The Church and Wellesley follows that of another Toronto project in the works with the firm, this one located on along the city’s eastern waterfront. 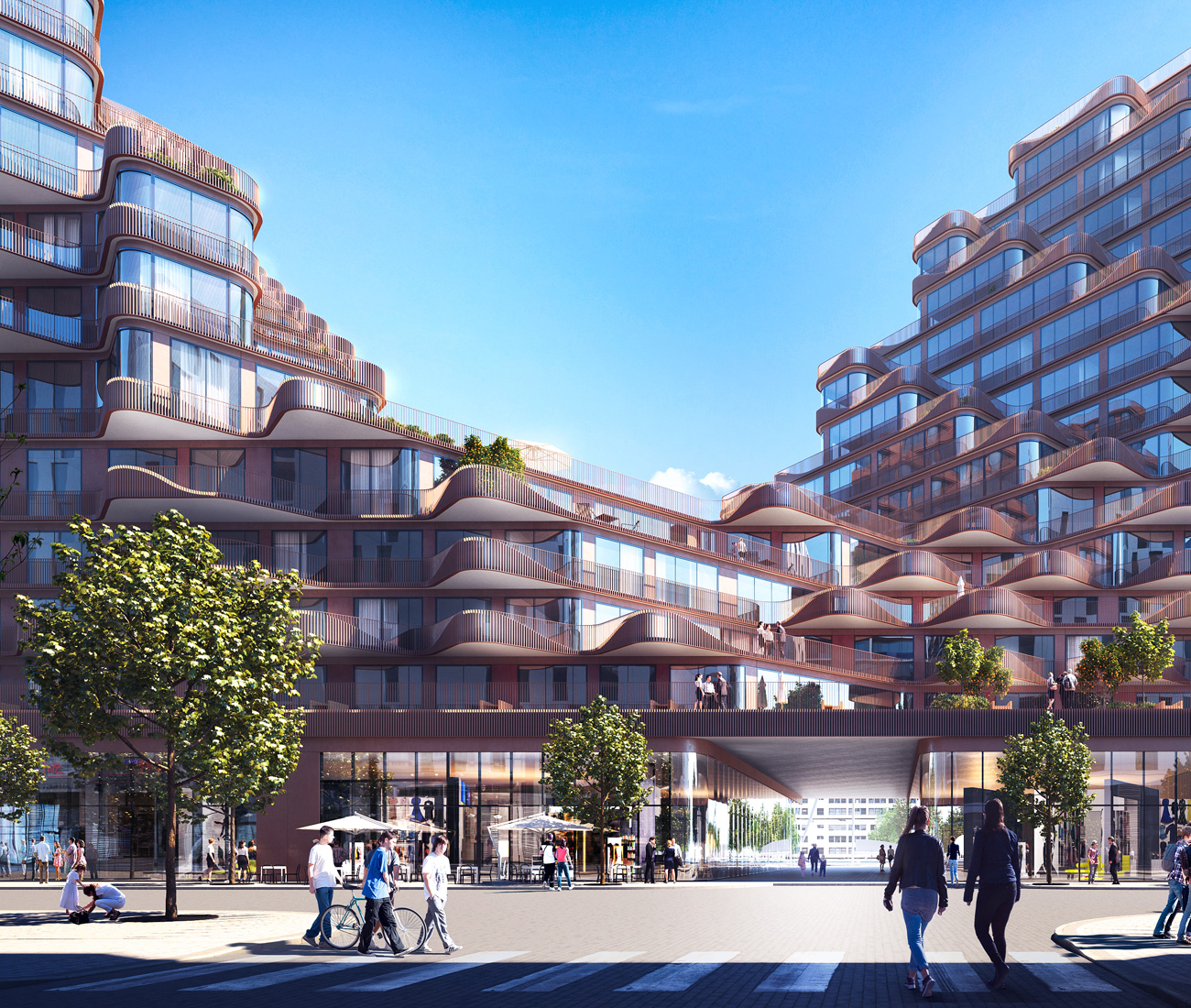 3XN won the international competition to fill a former industrial site with a residential project that invites residents and visitors alike to stroll along the waterside boulevard. Named The Waves at Bayside, the 40,000-square-metre project has as its neighbour Google’s Sidewalk Labs, another freshly announced mixed-use development that grabbed international headlines last week. The Waves at Bayside will also sit next door to Aquabella, 3XN’s very first North American project, which is expected to reach completion by the end of 2018. 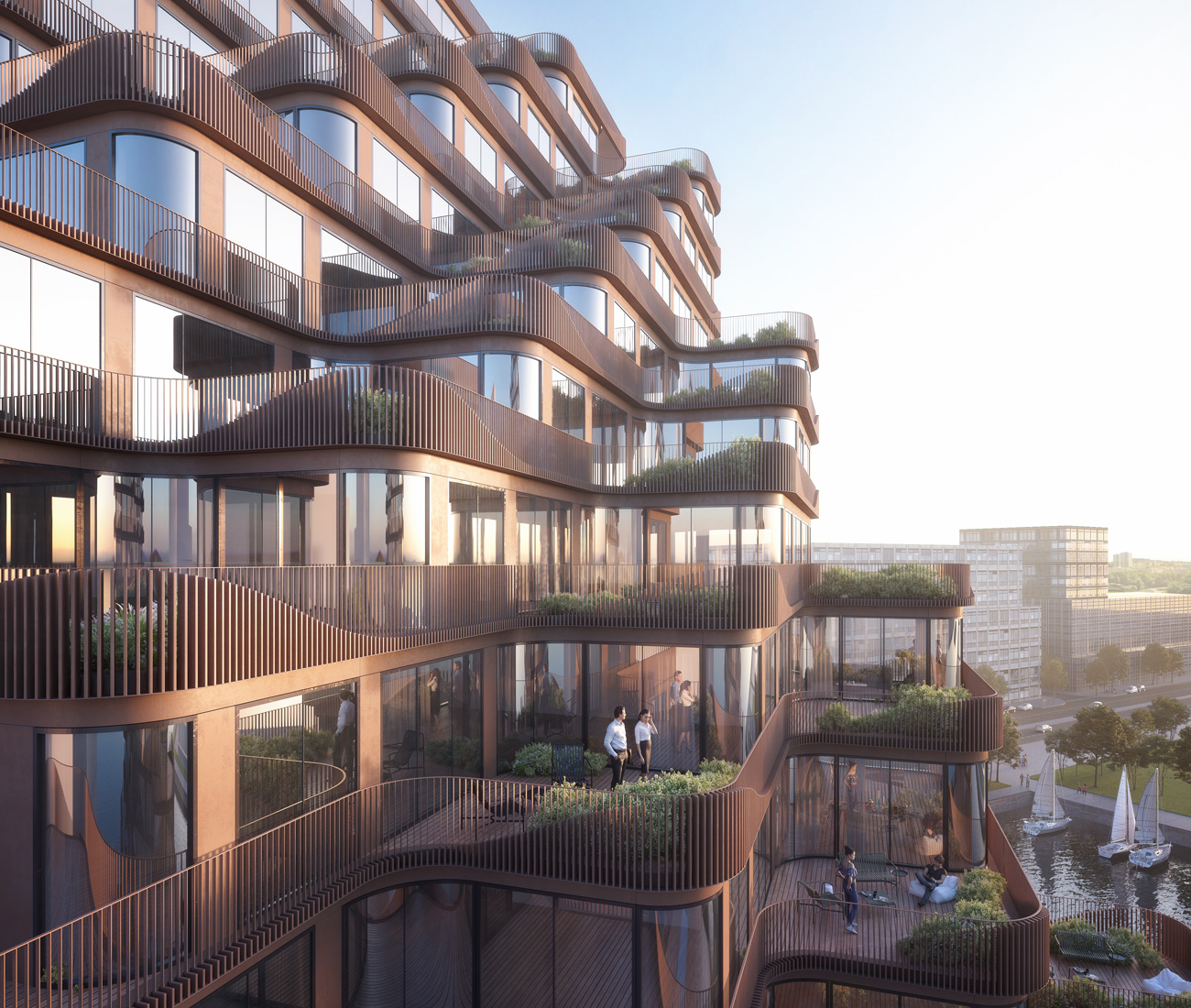 The Waves is designed to maximize views of Lake Ontario, and as a nod to its East Bayside locale, its undulating profile of jutting balconies resembles waves. Twin 60-metre towers will have two high points and a “valley” in between. The mountain-like structure will also step back as it scales upwards. 3XN says it hopes the building will be a “good neighbour,” and it has proposed adding a rowing club and restaurants in its podium.

The suites, meanwhile, were developed to maximize views with larger-than-average balconies that function as open-air living rooms during the summer. The “valley” area will feature a number of amenities including an outdoor pool.

“Toronto is in a process of reclaiming its former industrial waterfront, a process we are really exited to be a part of,” says Nielsen.“It is our intention to create an attractive urban space that will bring the city closer to the water.”