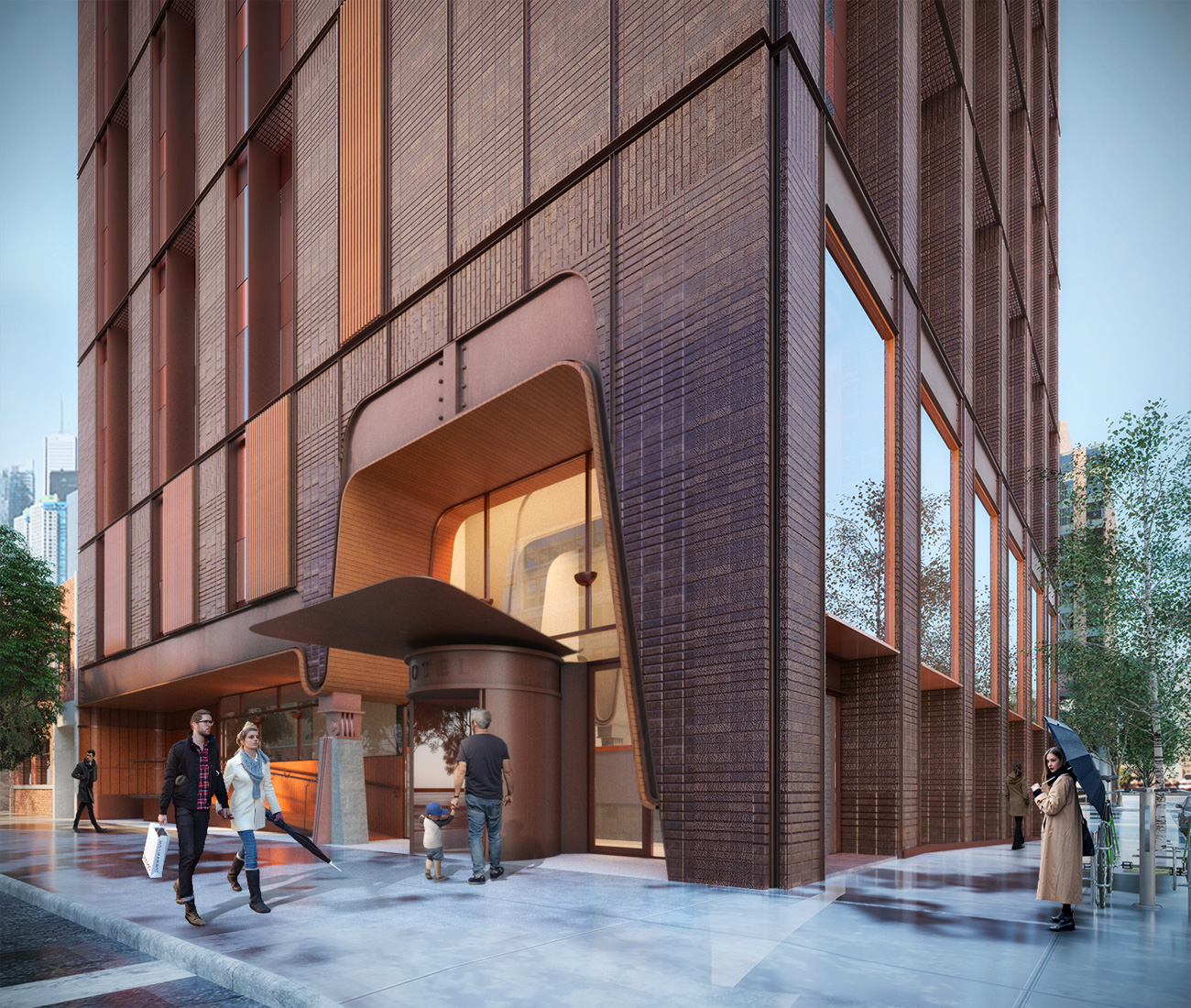 Taking shape in Toronto’s Fashion District, 51 Camden is a hospitality project cut from a different cloth. In fact, it boasts a façade that feels more textured than most new developments in the downtown. That’s because the 13-storey, 130-unit brick and weathering steel building is by Shim Sutcliffe, the renowned Toronto architecture firm known for its attention to craft and detail – (Integral House, a landmark residential project by the firm, was even the subject of a documentary film). Which explains its swooped entrance, like a lifted veil that welcomes visitors in, and its massive exposed concrete columns. 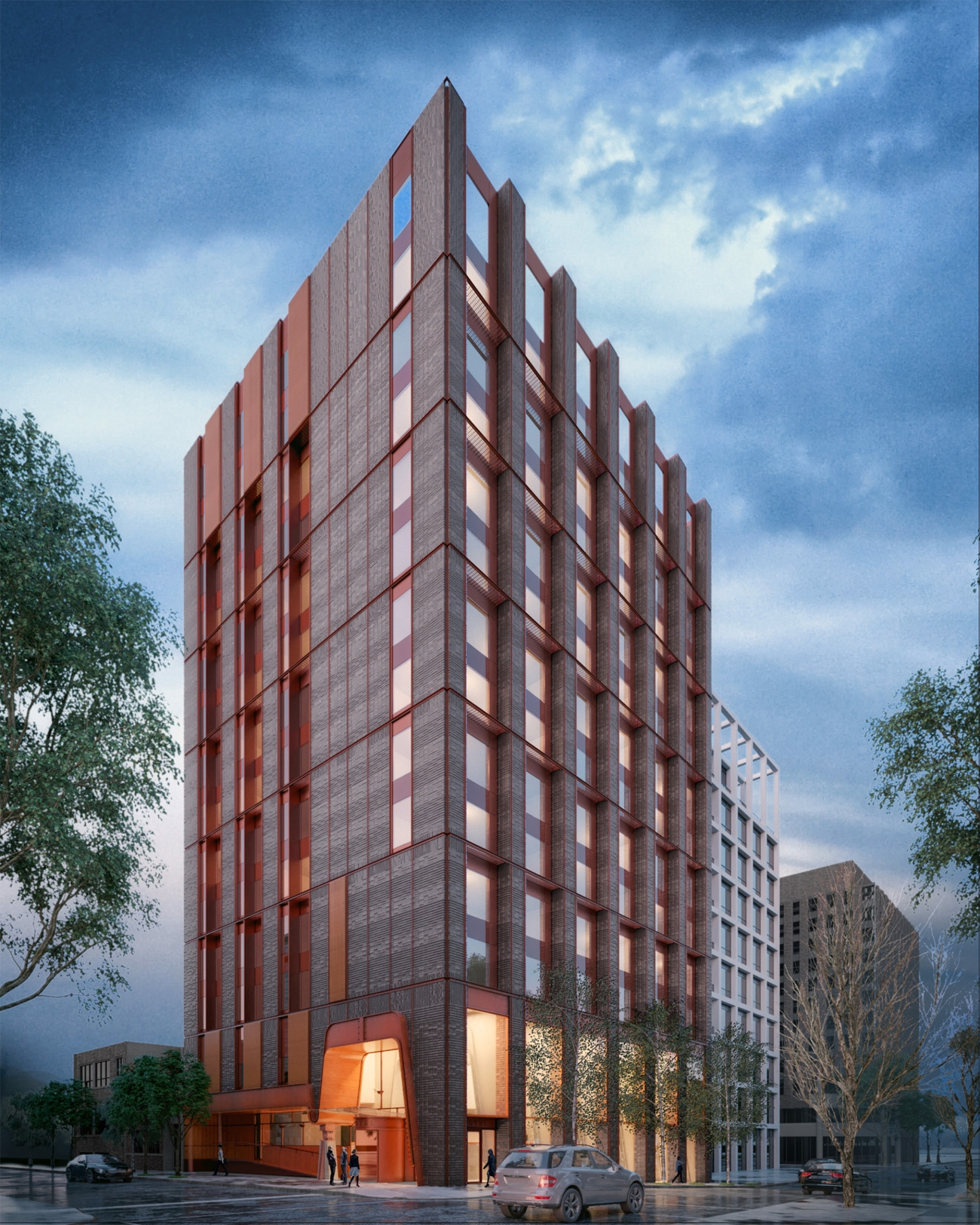 The project, long rumoured to be the future home of Toronto’s first Ace Hotel, is by Carbon Hospitality – the new arm of Kenneth Zuckerman’s quality architecture-driven Zinc Developments. And while we’ve been watching it for a while now – and it’s still somewhat shrouded in mystery (in an age of digital modeling, there are only a few very painterly renderings available) – the project is slated to be competed in 2019.

In the meantime, Toronto has no shortage of boutique hotels designed by stellar Toronto firms. We recently checked in at StudioAC’s The Annex, Studio Munge’s Bisha Hotel and Mason Studio’s Kimpton St George. If completed, Ace Hotel will be in good company.