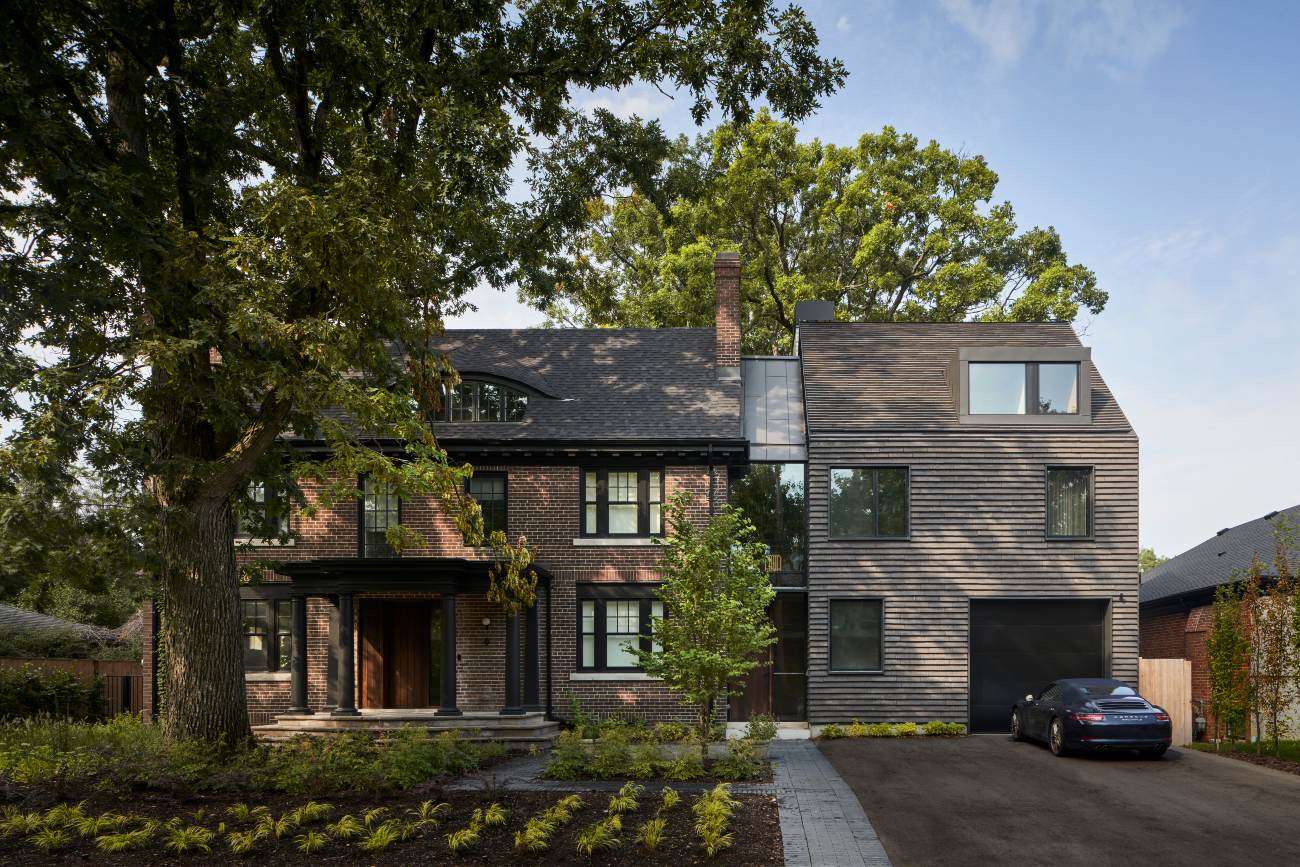 The Georgian and arts-and-crafts elements of this heritage home were restored, while a clay-shingled addition was added to the north side of the double lot. The windows are from Ridley and Bigfoot Door. 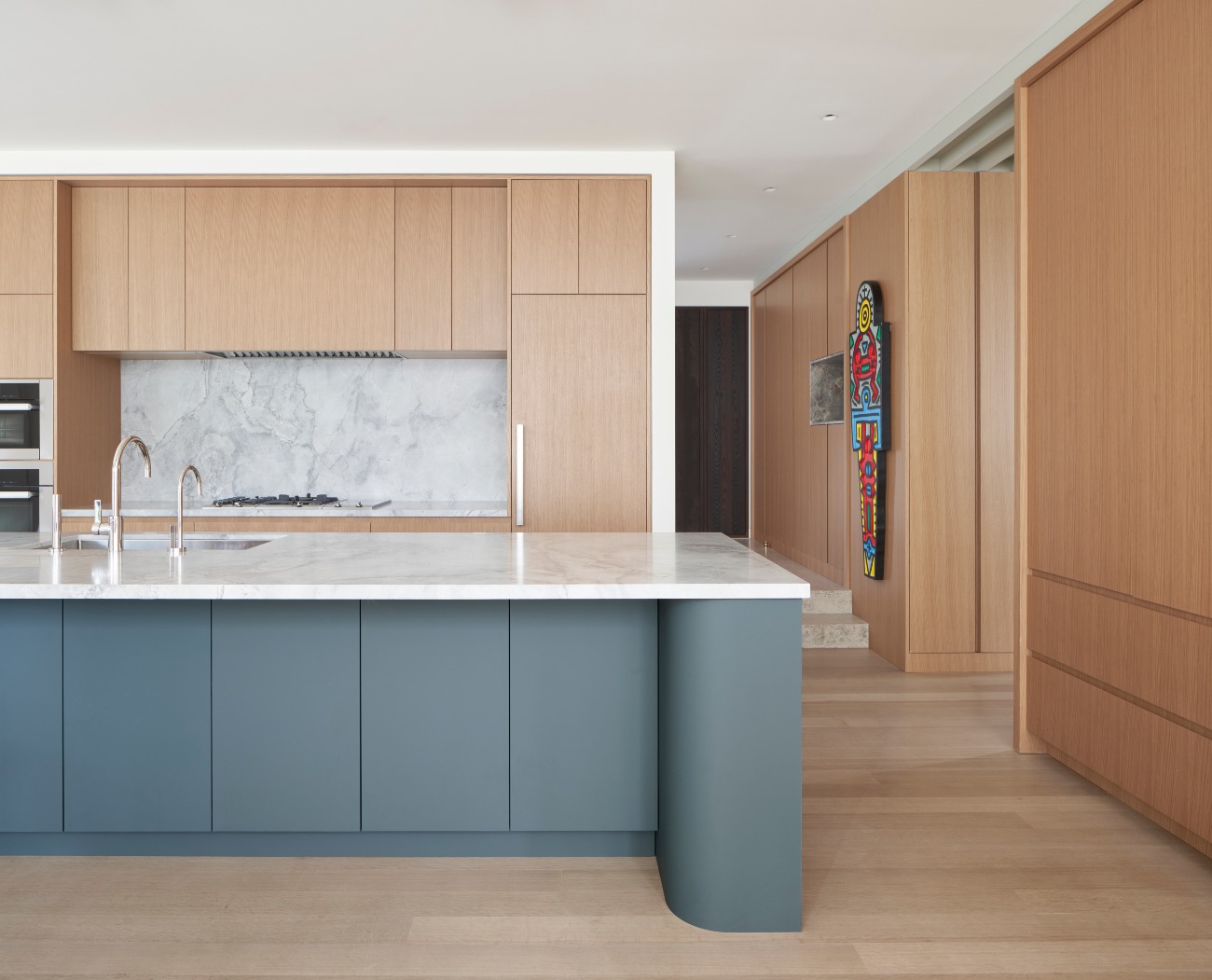 Bassani Fine Cabinetry clad the sculpted casework of the kitchen island in Fenix surfacing, a material with a matte finish and soft feel. 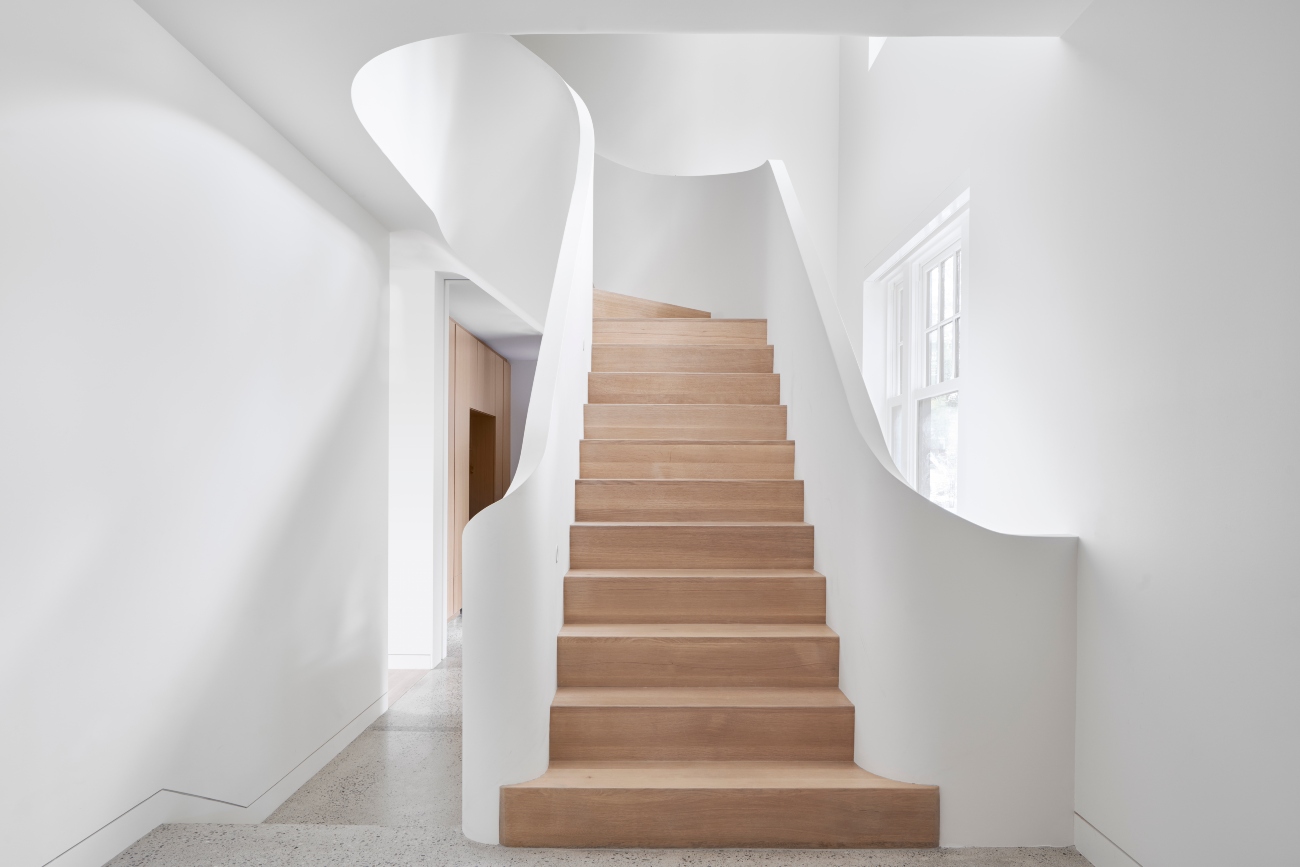 In 2016, architect Drew Mandel, principal of his eponymous firm, was hired to take on a heritage home reno for a family of five. The original house, built in 1924, is both classical and folksy. It has the hallmarks of Georgian Revival architecture – Palladian windows, Tuscan columns – but with irregular elements that complement the surrounding Bracondale Hill neighbourhood, an old garden suburb with arts-and-crafts architecture. In contrast to most Georgian designs, the proportions of the house aren’t quite symmetrical, and embedded in the roof is an eyebrow window that appears to wink as you walk by. Mandel opted to lean into the artisanal aesthetic. “This wasn’t going to be a slick modern renovation,” he says. “There was going to be plenty of texture and softness.”

For the exterior, he repointed the bricks and replaced the windows and columns. He also built two additions – a glass box on the west-facing back end of the home and a larger structure on the north side, which connects to the original building via a glass and metal atrium – adding 99 square metres to the 109-square-metre footprint. The side unit, clad in black clay shingles, is shadowy and subdued. “It doesn’t draw attention to itself,” says Mandel. “In heritage design, the new work should always be deferential to the historical elements.”

The interiors have a kind of classical graciousness about them. The front entranceway steps down to an expansive kitchen–living area. From there, you can head left past a millwork partition and into the dining room, or right through an arched entrance to the den. The second and third floors feature kids’ bedrooms, a yoga studio and a double-height master suite beneath a pitched roof.

While the overall palette is simple – oak and white paint – there is plenty of texture: plaster walls in the downstairs living spaces, speckled terrazzo in the master ensuite and occasional touches of vibrant marble, which Mandel purchased at a backyard sale for offcuts. There’s also no shortage of elegant detailing, from the curved base of the kitchen island to the thin reveals above the living room archway and even the ribbed concrete, redolent of ruffled curtains, above the downstairs fireplace. Every room begs to be explored; every surface, to be touched.

The most unique feature in the home is the central stairwell with plaster-finished wooden guards that twist and turn. “It’s evocative of fabric, fluidity and movement,” says Mandel. “It’s the furthest thing from predictable.” The same could be said of the entire project. DREWMANDELARCHITECTS.COM