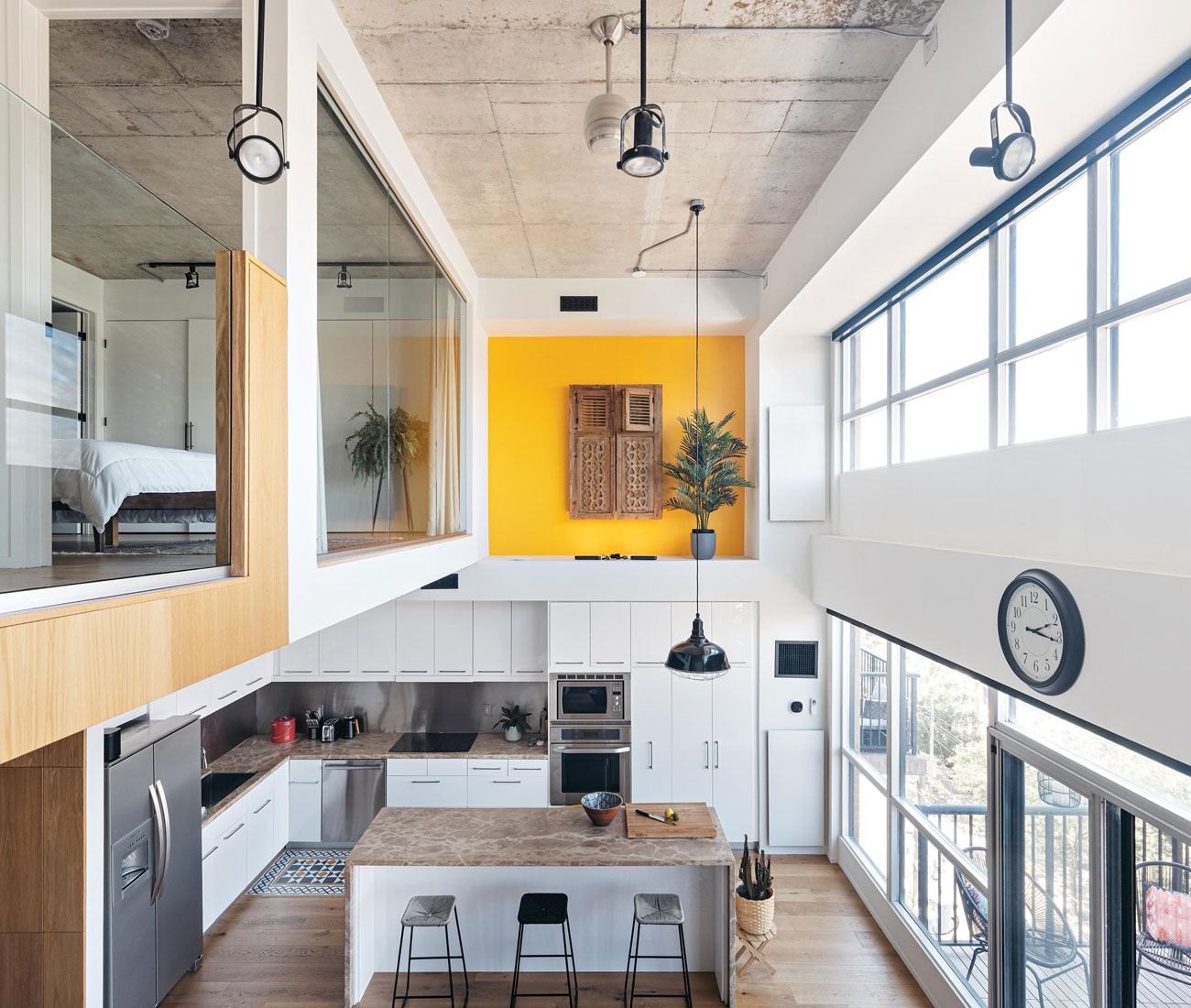 The loft boasts a ceiling height of 5.38 metres, and the staircase offers the perfect vantage point to take in the new enclosed bedrooms on the mezzanine. 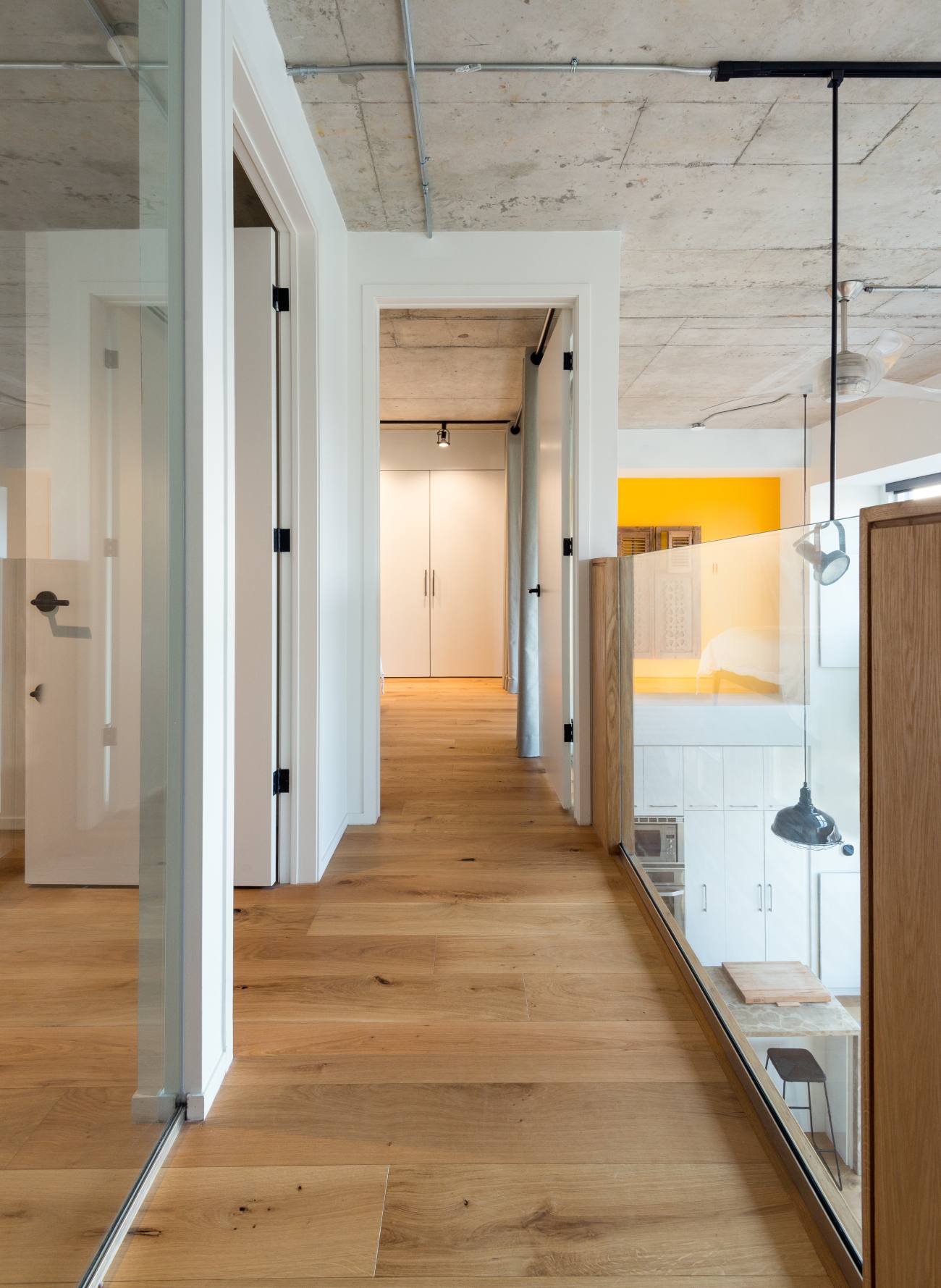 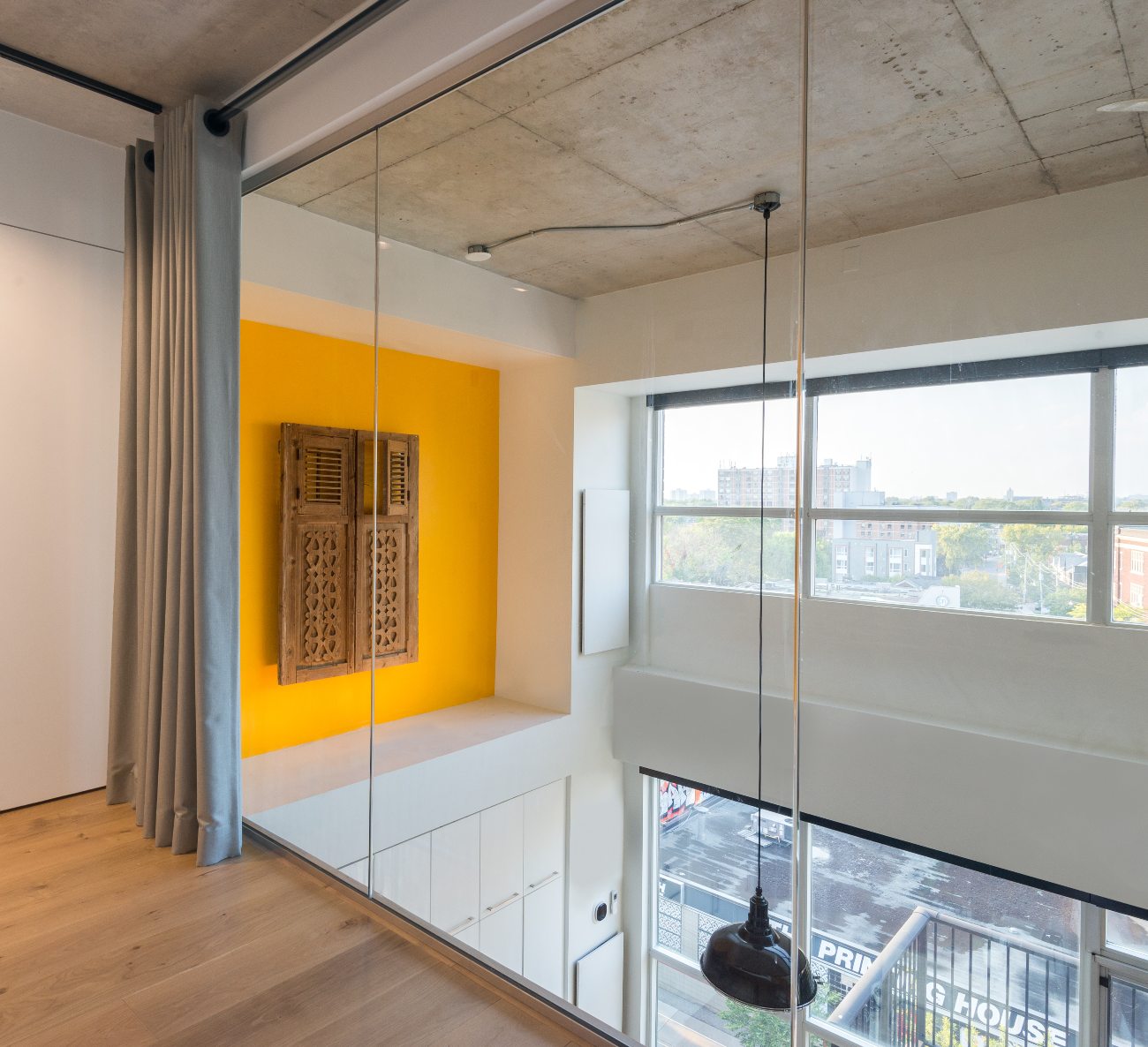 Turns out you can have too much of a good thing, even open space

By Matthew Hague
Photography by Arash Moallemi and Andrew Snow

It is possible. Sometimes a space can be too open concept. This homeowner in this story, Omar, knows the feeling. Two years ago, when the project manager bought his King West loft – a 1990s addition to a converted 1930s perfume factory – he liked the amount of space he had: about 110 square metres, spread over two floors. But the space was devoid of personality, and other than the enclosures around the bathrooms, there were no walls. His whole abode was revealed from the front door, and the lone, large bedroom on the mezzanine, an area accessed by an open-riser staircase with a skimpy bannister, was fully exposed to the ground floor. “I had no privacy,” says Omar.

To redefine his space, Omar worked with Tura Cousins Wilson (in collaboration with Andrew Chung), who’s in the process of launching his own firm, Studio of Contemporary Architecture (SOCA). Luckily for Habbal, Cousins Wilson comes equipped with a master’s degree in architecture from the Technical University of Delft in the Netherlands. “The Dutch are very pragmatic,” Cousins Wilson says. “It’s a small country, so everything has to have multiple purposes.”

Cousins Wilson infused this functional philosophy into the loft, keeping his interventions to a considered, purposeful minimum. After deciding to keep the kitchen as is, he picked a simple, unfussy but highly textured palette – concrete-look porcelain and light woods, as in the storage unit under the stairs, and the white oak guardrail that turned the once barely there banister into a sculpture. To reinvent the entry, he built a triple-use bench, storage unit and a slatted wall screen, handy for allowing enticing peeks inside without revealing too much from the front door. He enclosed the mezzanine with a wall of glass and broke the master bedroom into two, giving Omar a now much-used home office–slash–guest room, as well as two upper bathrooms.

To offset the minimalist Northern European aesthetic, Omar incorporated touches that reflect his Lebanese heritage, and this mash-up suits Cousins Wilson’s approach. “I designed the backdrop but Omar has added the personal layer,” says Cousins Wilson. “That’s exactly how it should be: well-proportioned spaces that balance airiness with intimacy and actually get lived in.” SOCADESIGN.CA

Originally published in our 2020 Reno Issue as “Going Dutch”.