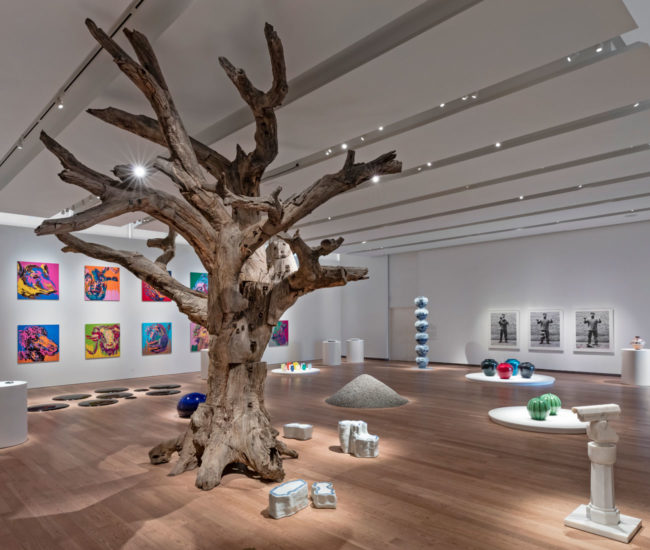 Ai Weiwei Unbroken has opened at Toronto’s Gardiner Museum. With a special focus on the controversial artist’s ceramic works, the show includes a new large-scale piece making its worldwide debut

It’s been four years since Ai Weiwei was last in Toronto’s spotlight. The influential Chinese artist has had a handful of exhibitions in the city over the years, but it was an unorthodox donation program that last brought him to front of mind for Torontonians in 2015. 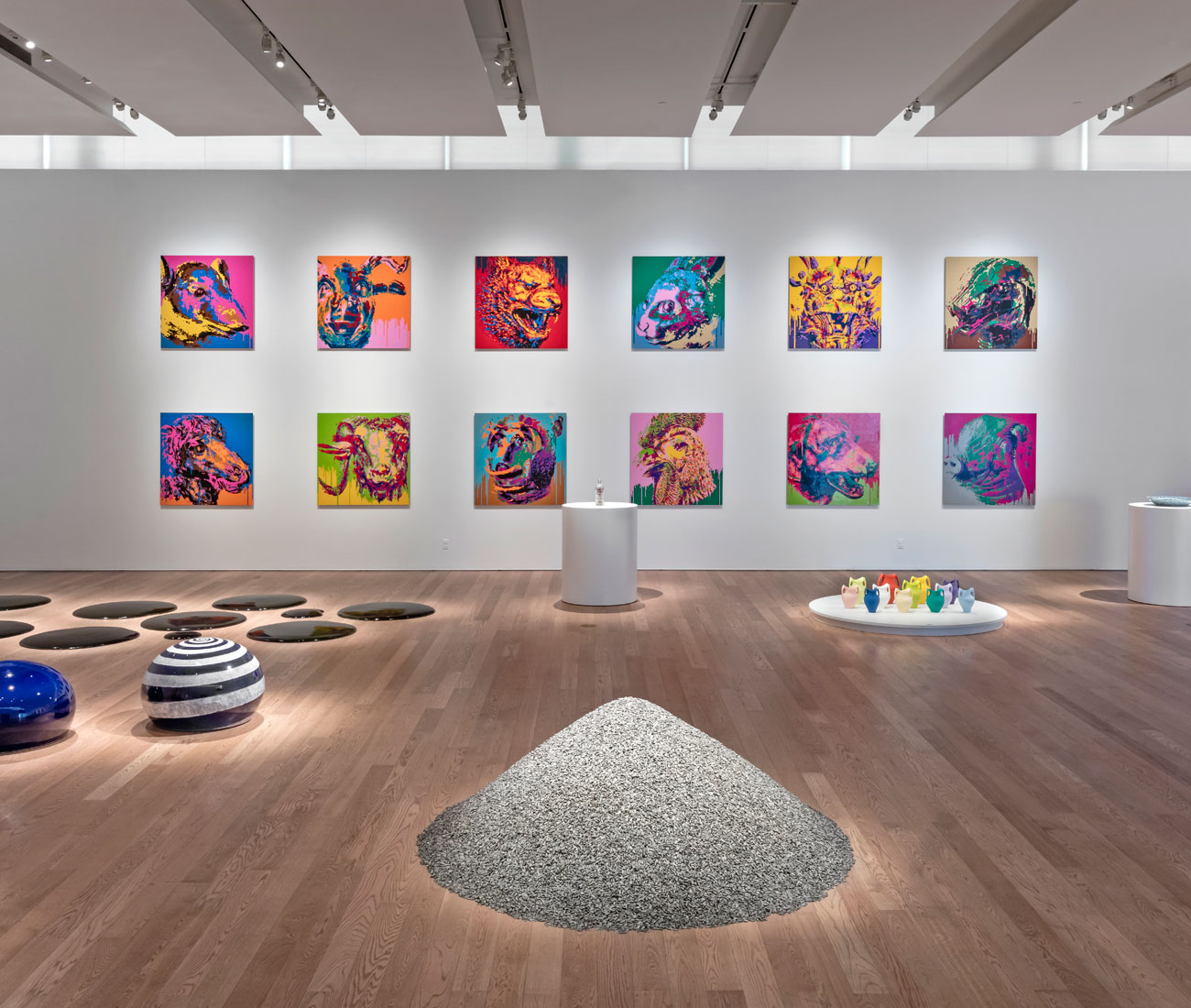 Danish toy brand Lego had refused to supply the artist with the blocks he intended to use for an installation in Australia and art institutions around the world – the Art Gallery of Ontario among them – volunteered to help. A second-hand BMW sedan (specified by Weiwei’s studio) was parked in front of the AGO, its sunroof left open for the public to dump their colourful contributions inside. As it filled with plastic bricks, the vehicle felt as much like an art intervention as Weiwei’s 2013 installations at city hall, which included a towering bicycle sculpture and Circle of Animals/Zodiac Heads that wrapped the reflecting pool at the centre of Nathan Phillips Square. 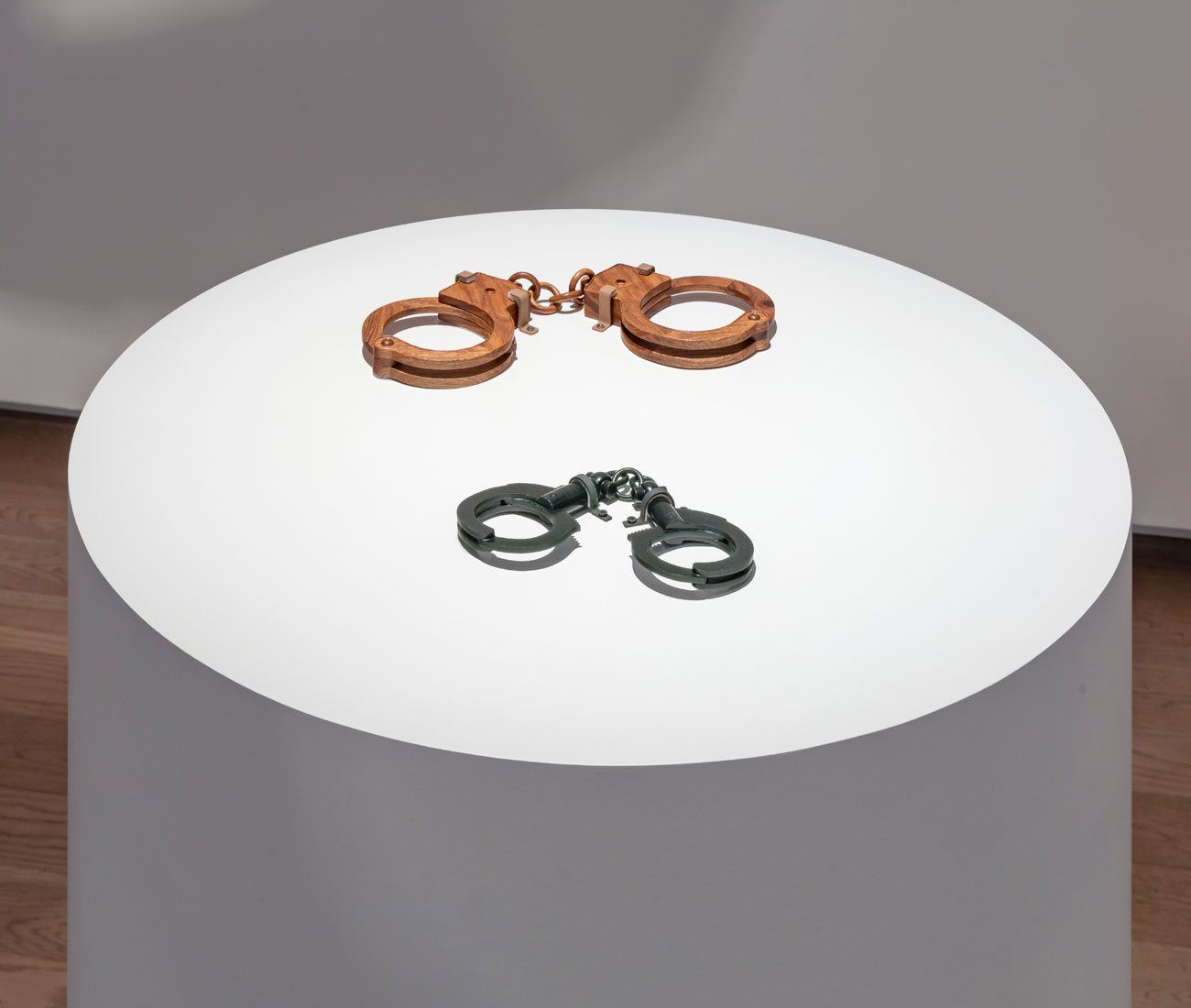 That series comprised 12 animal heads, each cast in solid bronze and standing about 10 feet high on a marble base. Ranging in weight from 1,500 to 2,100 pounds, the heads were far more robust than most of what you’ll see in the artist’s latest Toronto exhibition, which launched February 28 at the Gardiner Museum. 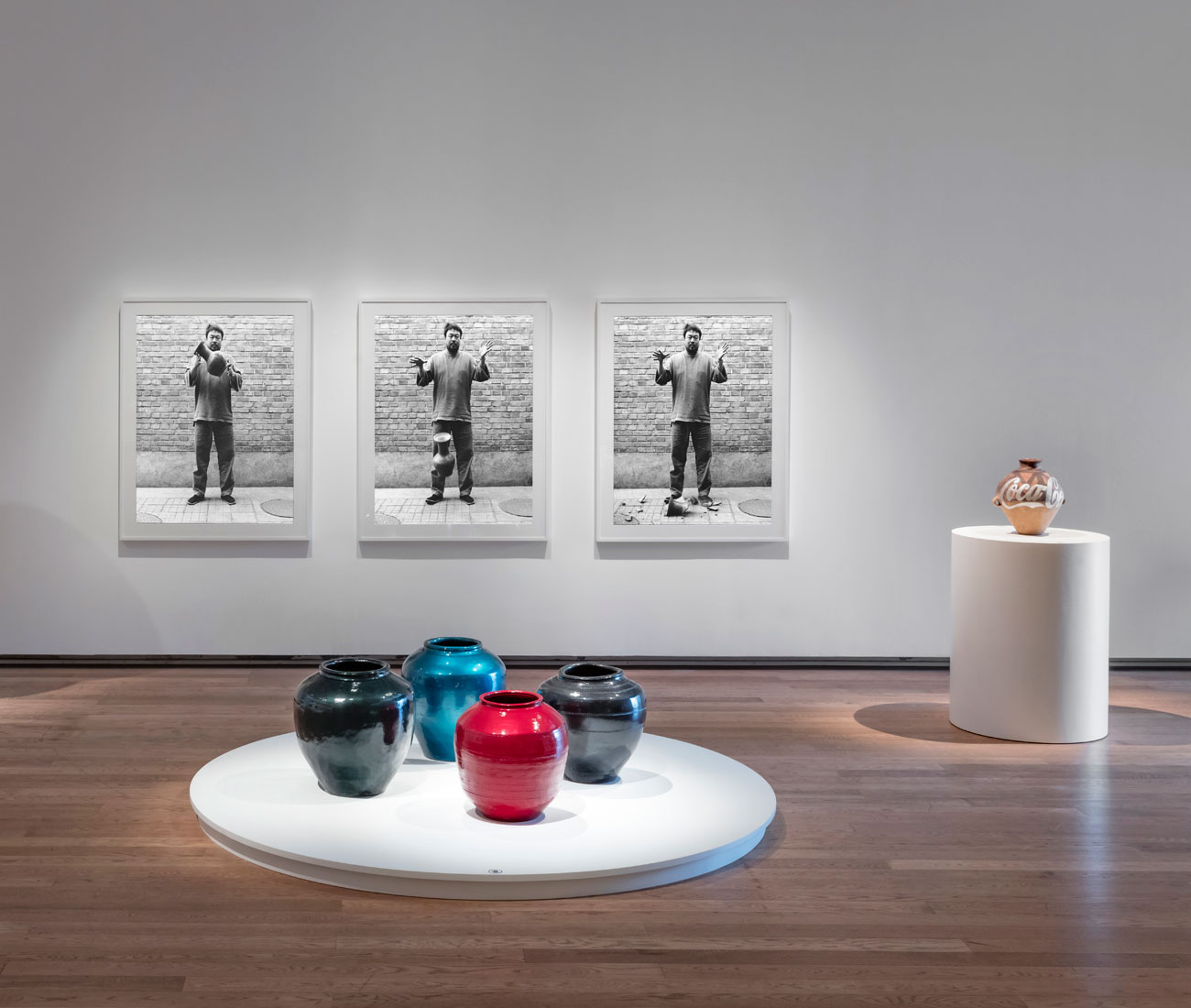 Aptly titled Unbroken, the show features some of the artist’s most iconic ceramic works, including an example of his Coca Cola Vase series, began in 1994, which emblazons ancient Chinese vessels with classic Coke branding. When it comes to these provocative pieces, Weiwei has been accused of crossing the line between art and vandalism, a recurring theme in his career. 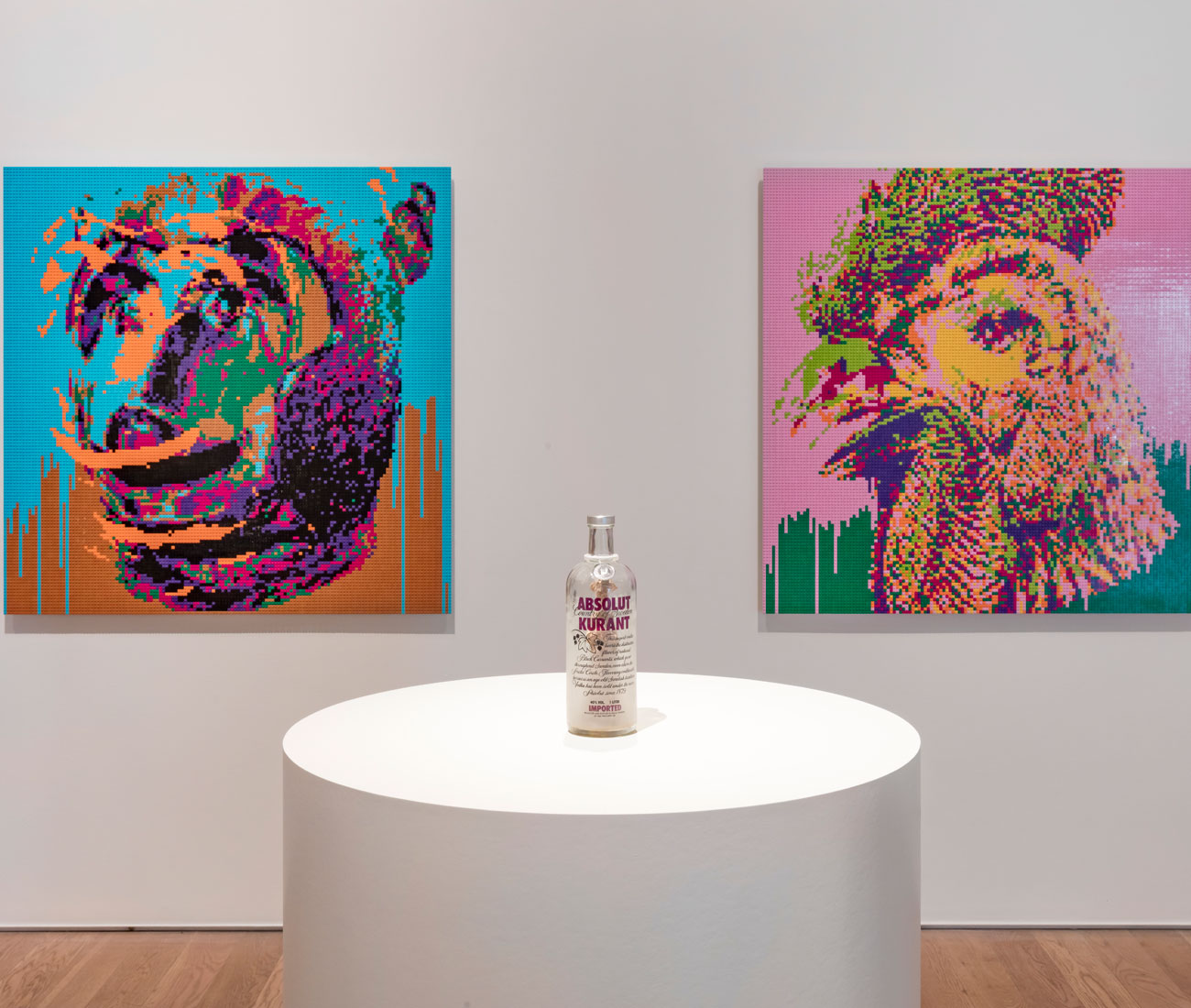 In a similar vein, 1993’s Tang Dynasty Courtesan in Bottle – a sculpture which places a tiny, delicate clay artifact dating from the Tang dynasty (618-907) in a an Absolut vodka bottle – is also on view, along with a variety of pieces from the Colored Vases, for which the artist transformed rare antique pots by coating them in bright shades of industrial paint. 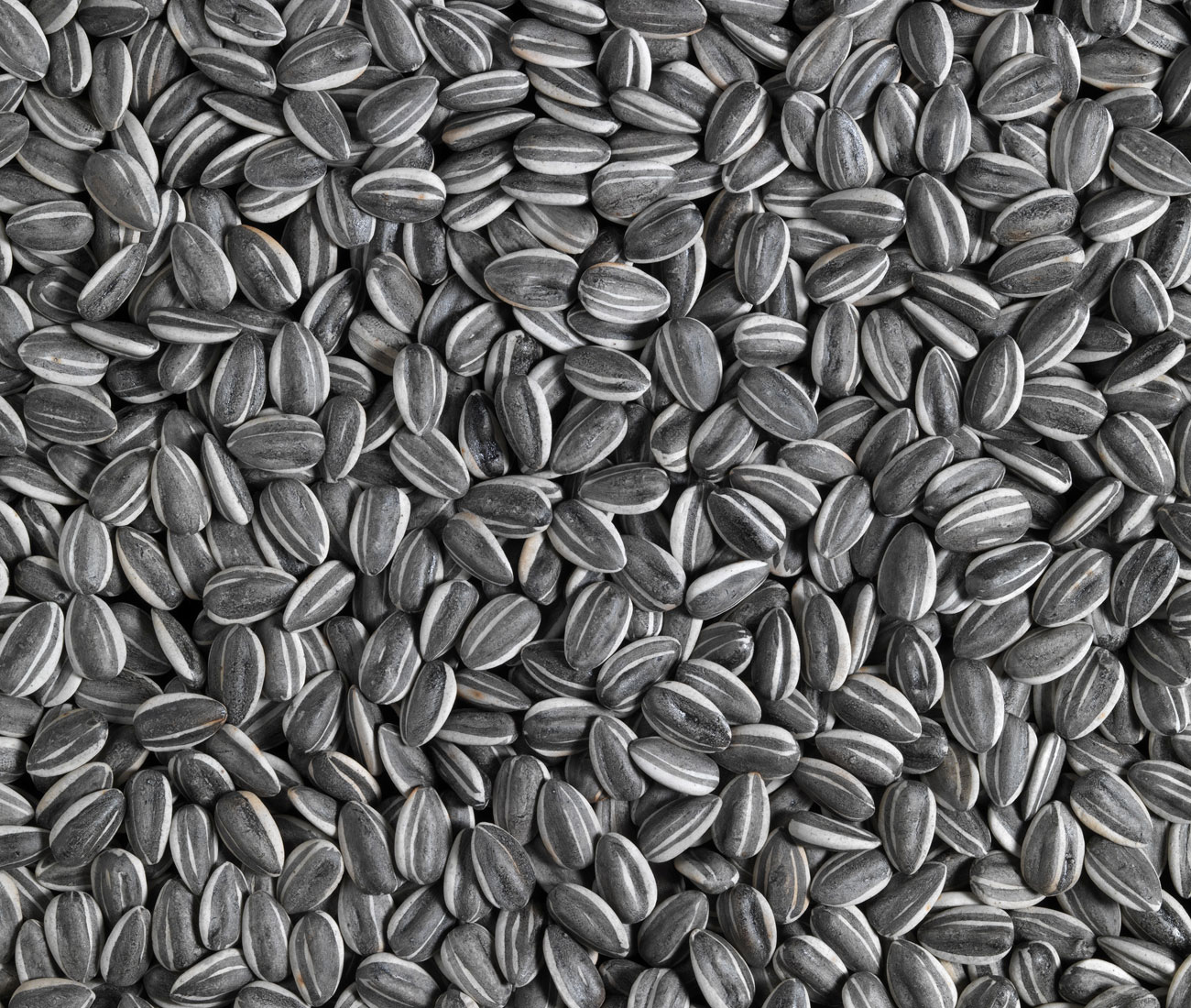 The most recognizable art on show may be Sunflower Seeds, an installation that launched at the Tate Modern in 2010, filling the Turbine Hall with millions of porcelain sunflower seeds. A comment on Chinese mass production, each seed was handcrafted by a skilled individual, and no two were alike. More recent pieces in the show include a collection of blue-and-white porcelain plates that depict the global refugee crisis. 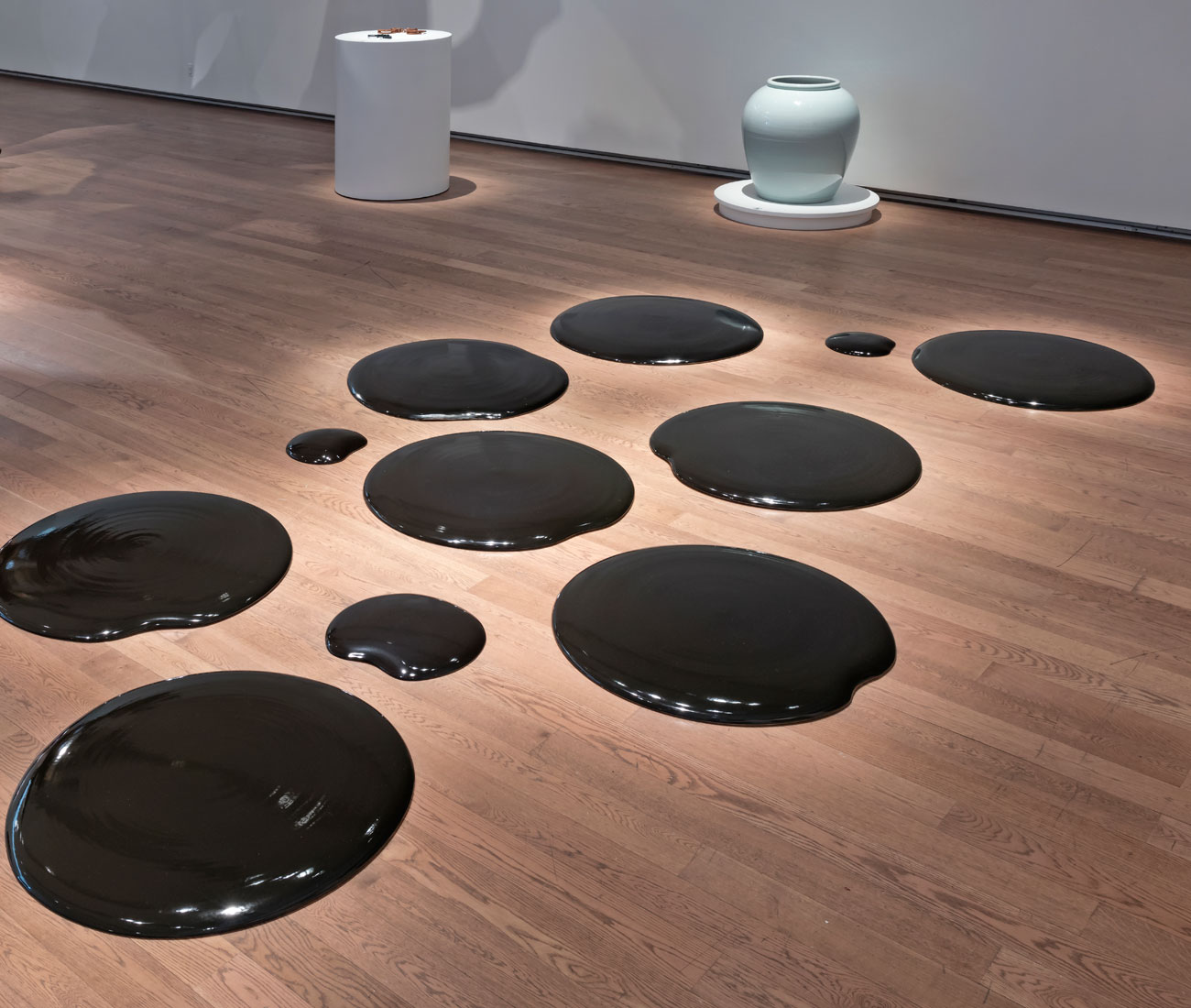 There is much to see at the Gardiner, but you’ll want to remember to watch your step. Clustered on the floor, the 2005 series Oil Spills (2006), alludes to environmental disasters with a grouping of amorphous discs of glossy black porcelain. 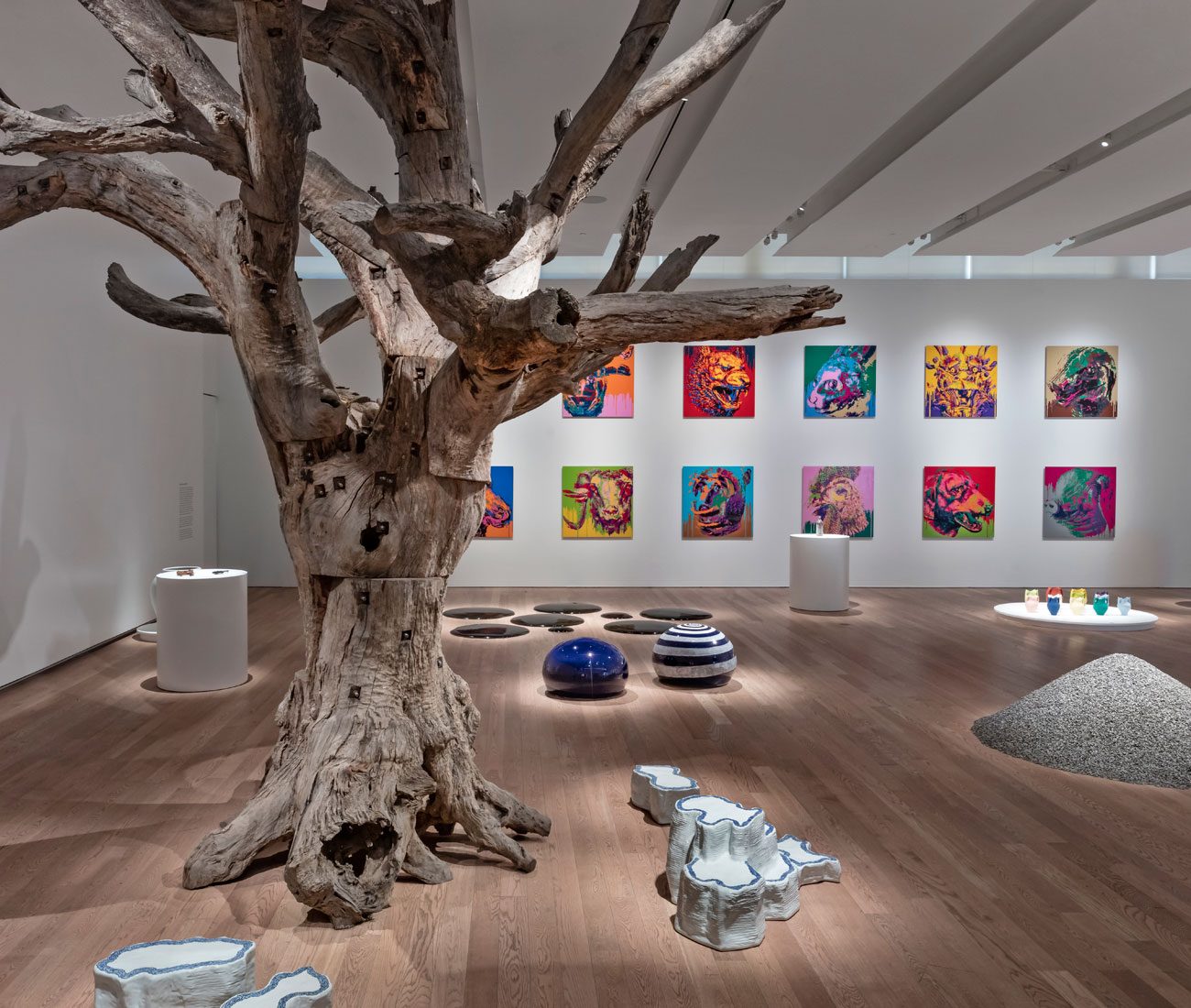 Another installation with environmental undertones is a massive “recomposed” tree, built from a variety of trunk sections, branches and root sections purchased from a market in Jingdezhen and bolted and screwed together. 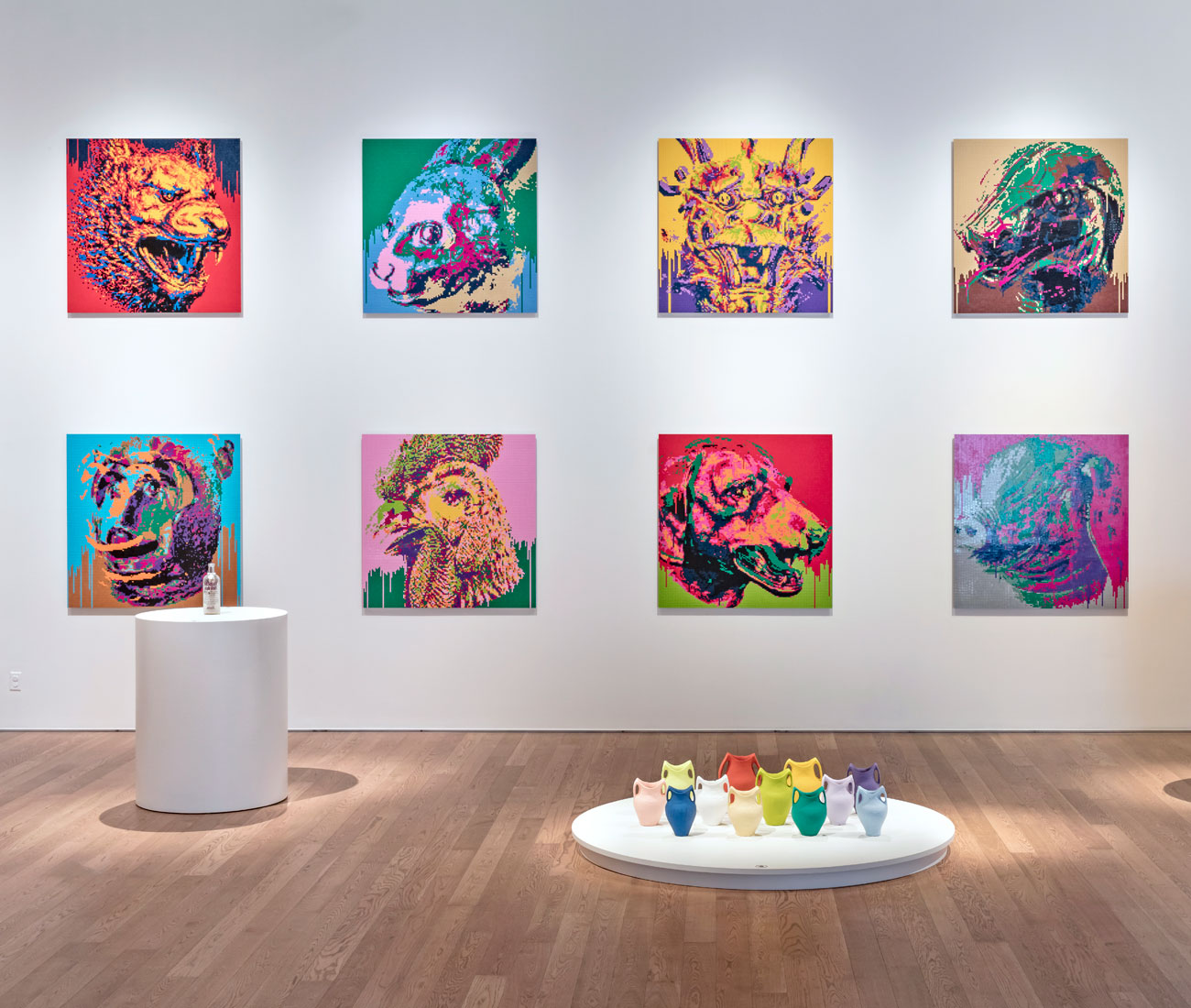 The tree is one of a handful of non-ceramic pieces in the show. But it’s the newest work included that is sure to be the highlight of Unbroken. Though the installation is making its debut at the Gardiner, it will likely feel familiar to Torontonians: the large-scale series renders the faces of the Chinese Zodiac in Lego.

Unbroken is complemented by a series of workshops that explore the themes presented in the show, focusing on documentary media, spoken word, performance, and online journalism. The exhibition runs until June 9, but if you happen to catch it on March 9 or 10, you’ll enjoy free admission, offered as part of the Gardiner’s 35th anniversary celebrations.