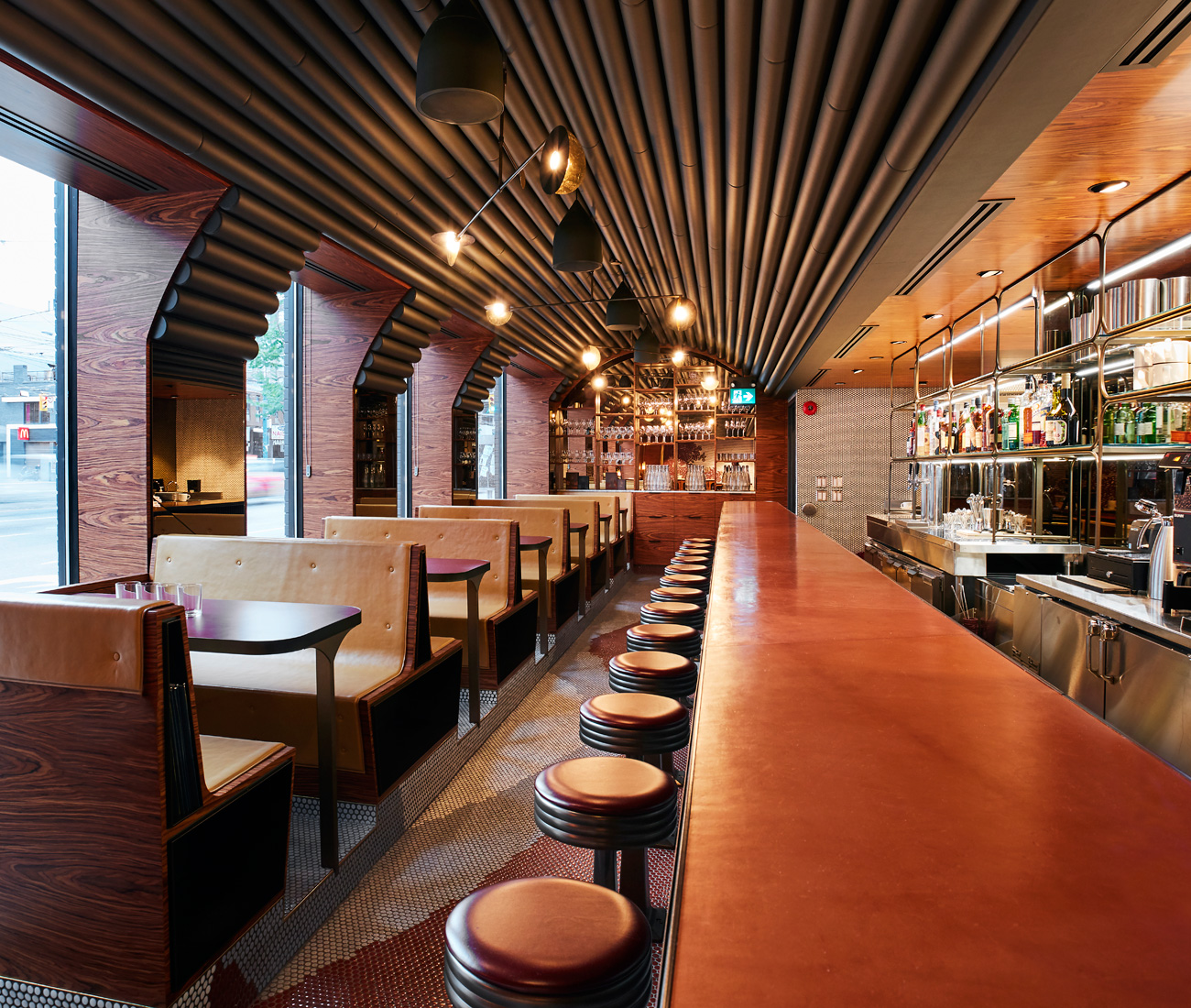 This richly textured French eatery by Commute Design is inspired dining cars, not the latest trends

By Bert Archer
Photography by Paula Wilson and Scott Norsworthy

Last year, Commute Design opened two of Toronto’s most captivating restaurants – Oretta and Aloette – and they could not be more different. Oretta is a voluminous space on King West, the latest Italian project of restaurateur Salvatore Mele. The six-metre-high ceilings are punctuated by right-angled brass pendant lighting that plays nicely with the millennially coloured art deco style of the main room. Where Oretta vaults, however, Aloette nooks. And it is precisely this allusiveness and brash brown-ness that makes it number one in our books.

Reminiscent of a private rail car, the high-end diner, run by chef Patrick Kriss (his much lauded Alo is upstairs), features large windowed booths under a round, rosewood-panelled ceiling. It’s compact, for sure, but not tight. 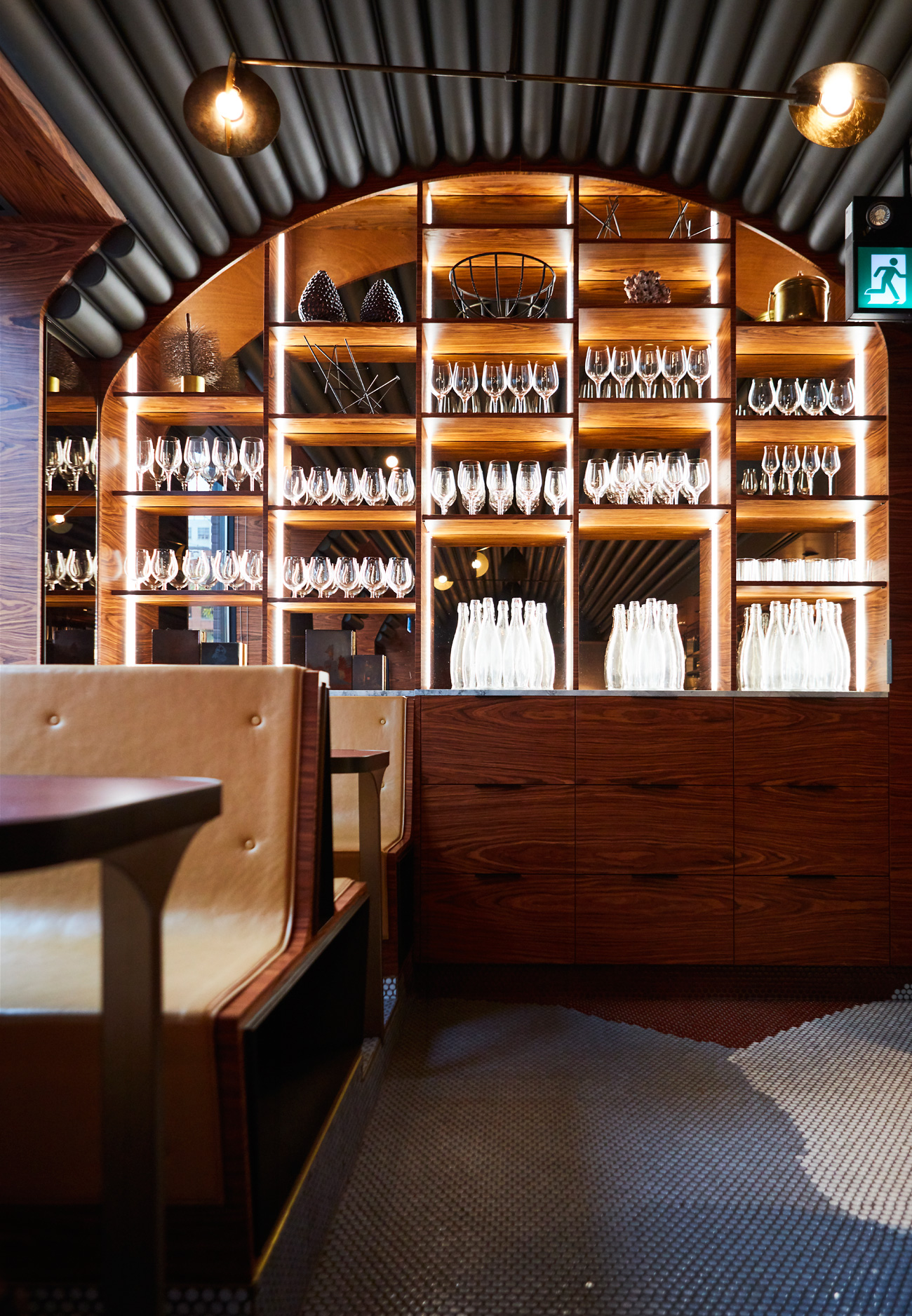 “Circulation was a challenge,” Commute principal Hamid Samad says. “We had to make sure we could have four-person booths, so everything is custom; all the scales and measurements were tweaked. It has a very tailored feel.”

And looking around the 67-square-metre space, you quickly understand that every single patch of it was considered, from the rectilinear leather banquette upholstery to Commute’s own shadow-inspired wallpaper and metal-rod pendants – the very lighting the studio has become known for. 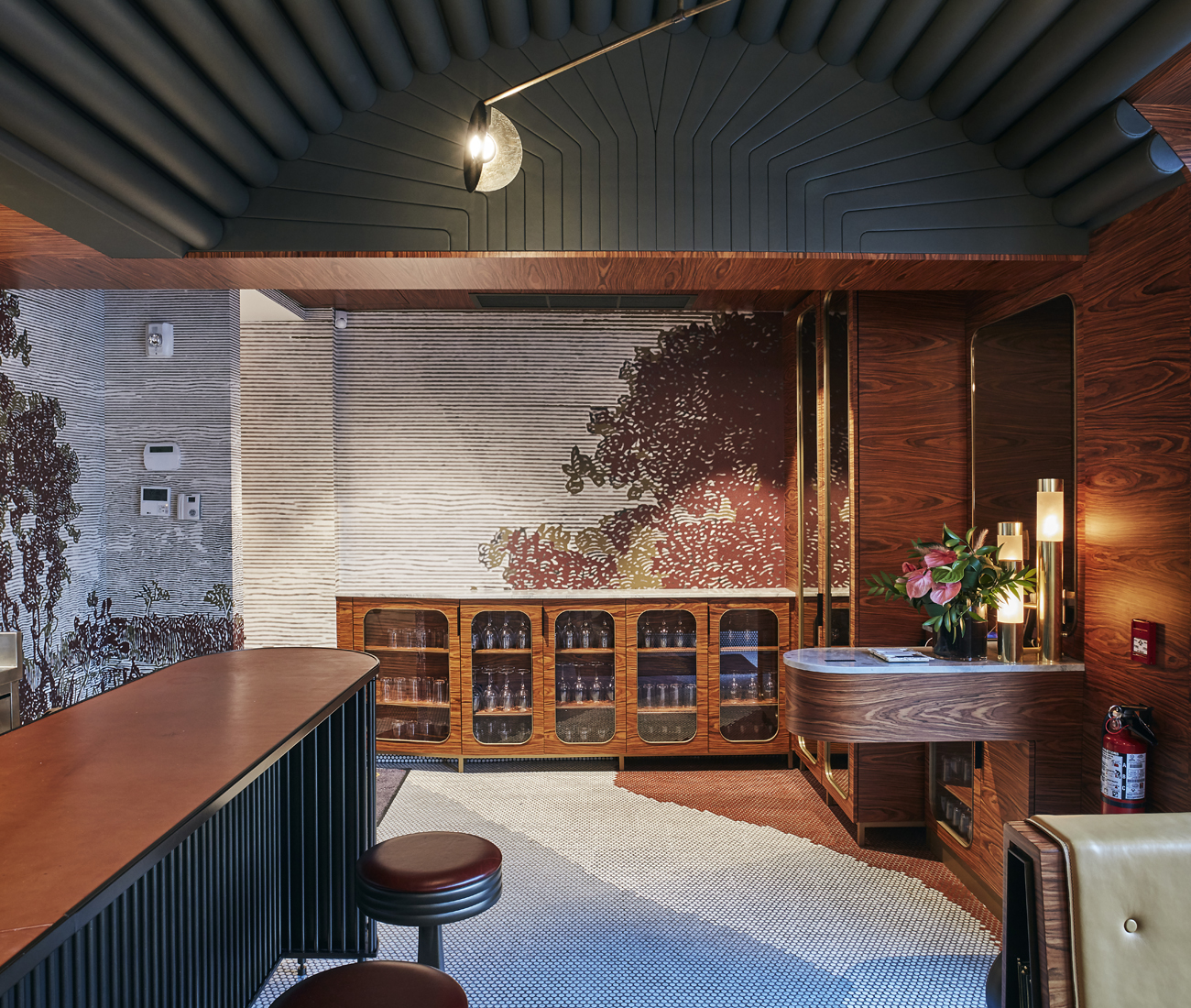 There are layers upon layers of visual interest, the result of Samad and partner Sara Parisotto’s acute attention to detail. The serpentine floor tile pattern, the brass chamfered shelving and impeccable millwork behind the bar are all components you might overlook on your first, or even second time in. But they provide the sort of eye-candy that sets Aloette apart. 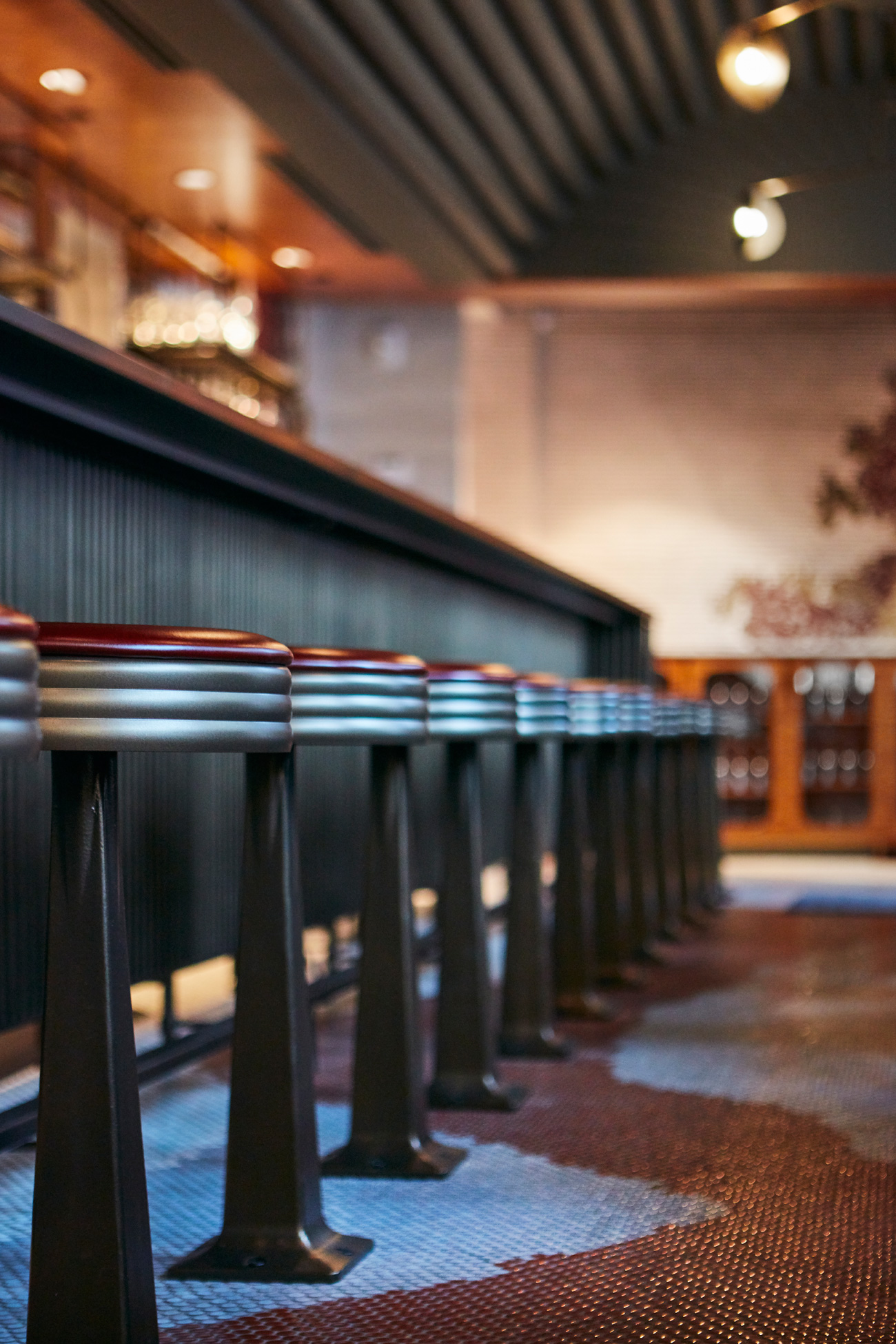 This obsession with minutiae, they share with the Michelin-pedigreed chef. Kriss’s careful treatment of diner staples like iceberg wedges and lemon meringue pie elevates them into the realm of the city’s best food – served in one of the city’s most fascinating food spaces.

Originally published in our Designer of the Year 2019 issue as Aloette.

Categories: Designer of the Year 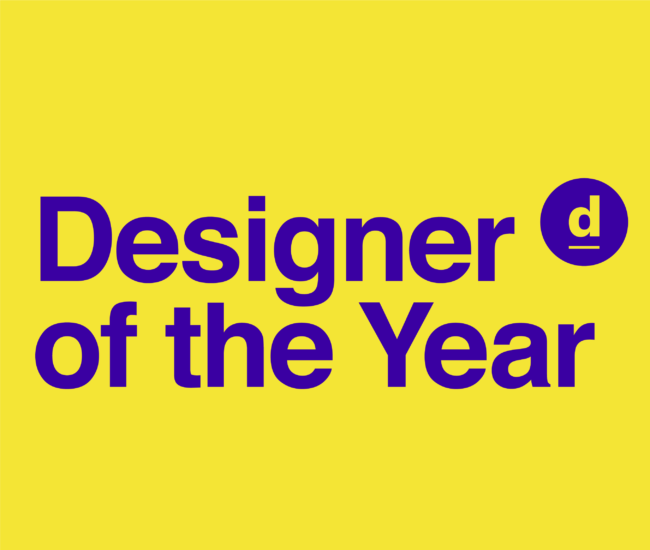 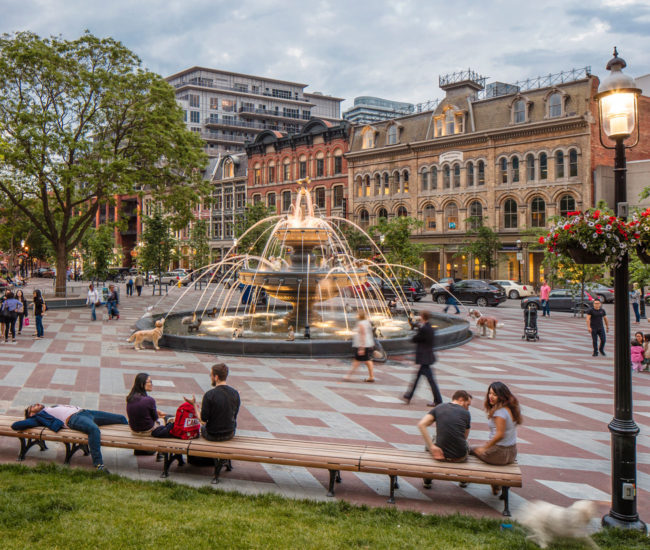