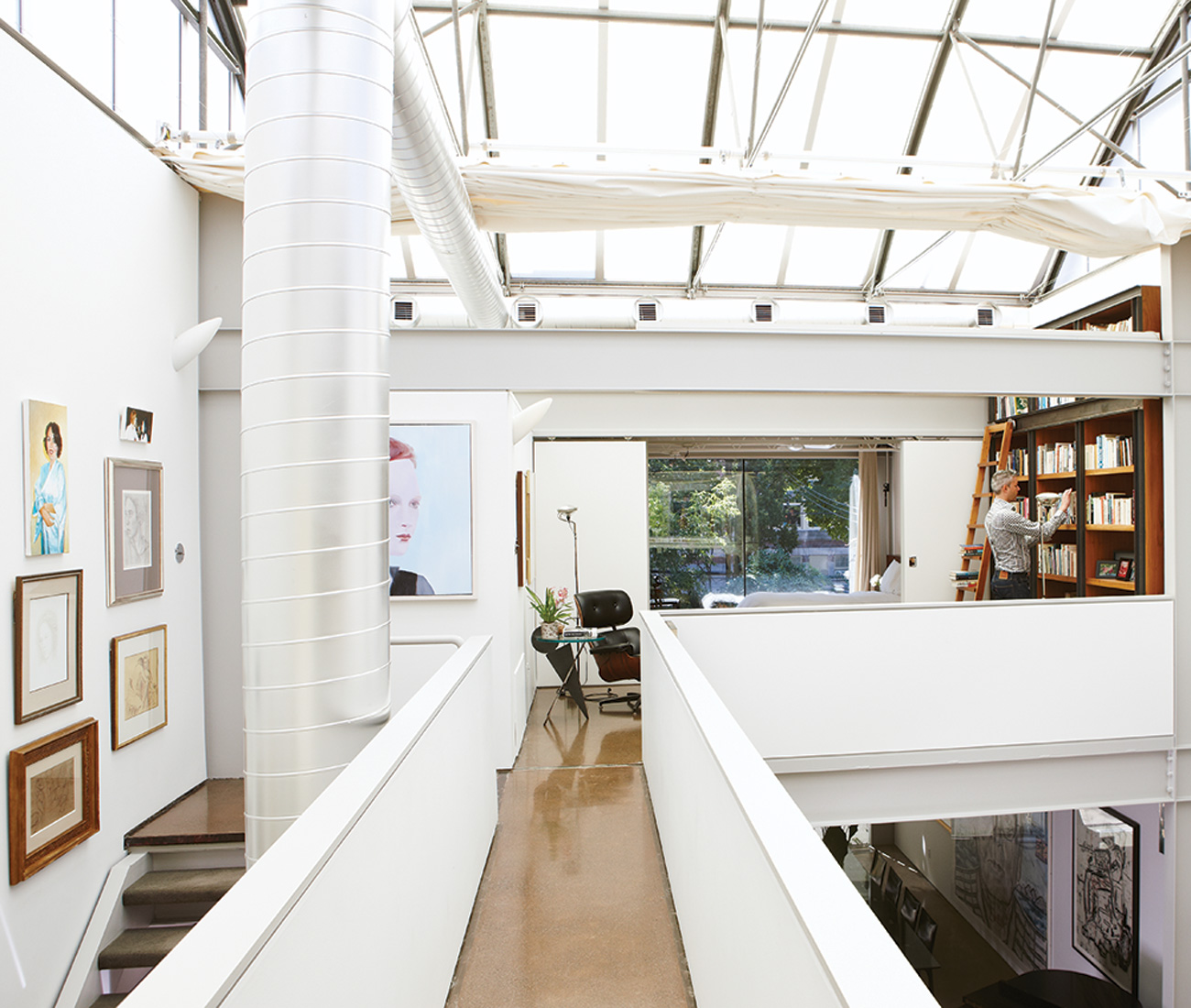 A catwalk upstairs joins both ends of the home. The I-beams were made locally by Algoma and the company’s logo can be read in relief throughout the space. 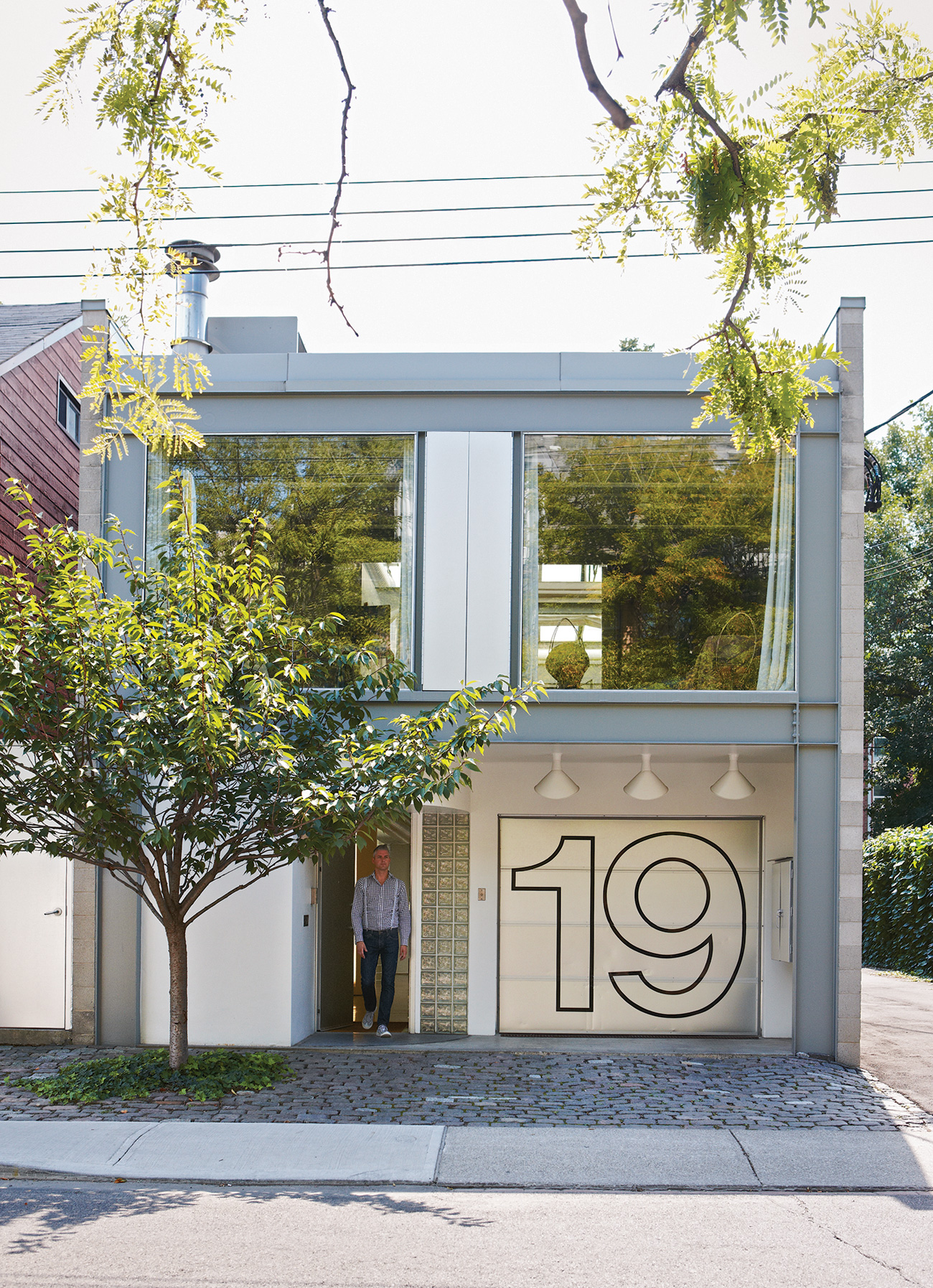 Nestled among the century-old Victorians, it’s hard to miss this glass-and-steel house. 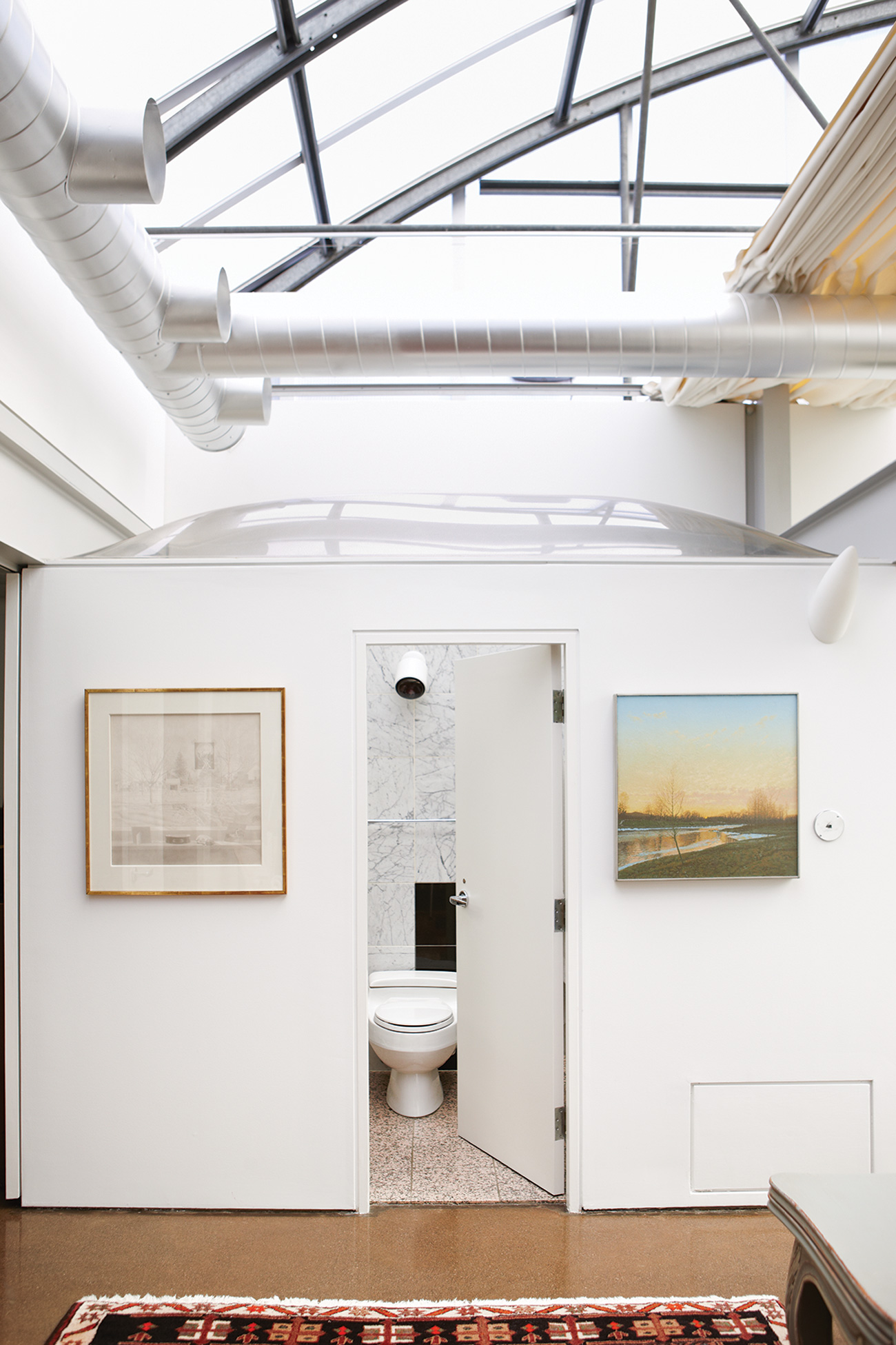 A dome covers the guest bathroom, allowing privacy and light. Inside is a 1970s heat lamp. Philippe Starck’s horn-shaped sconces light the hall. 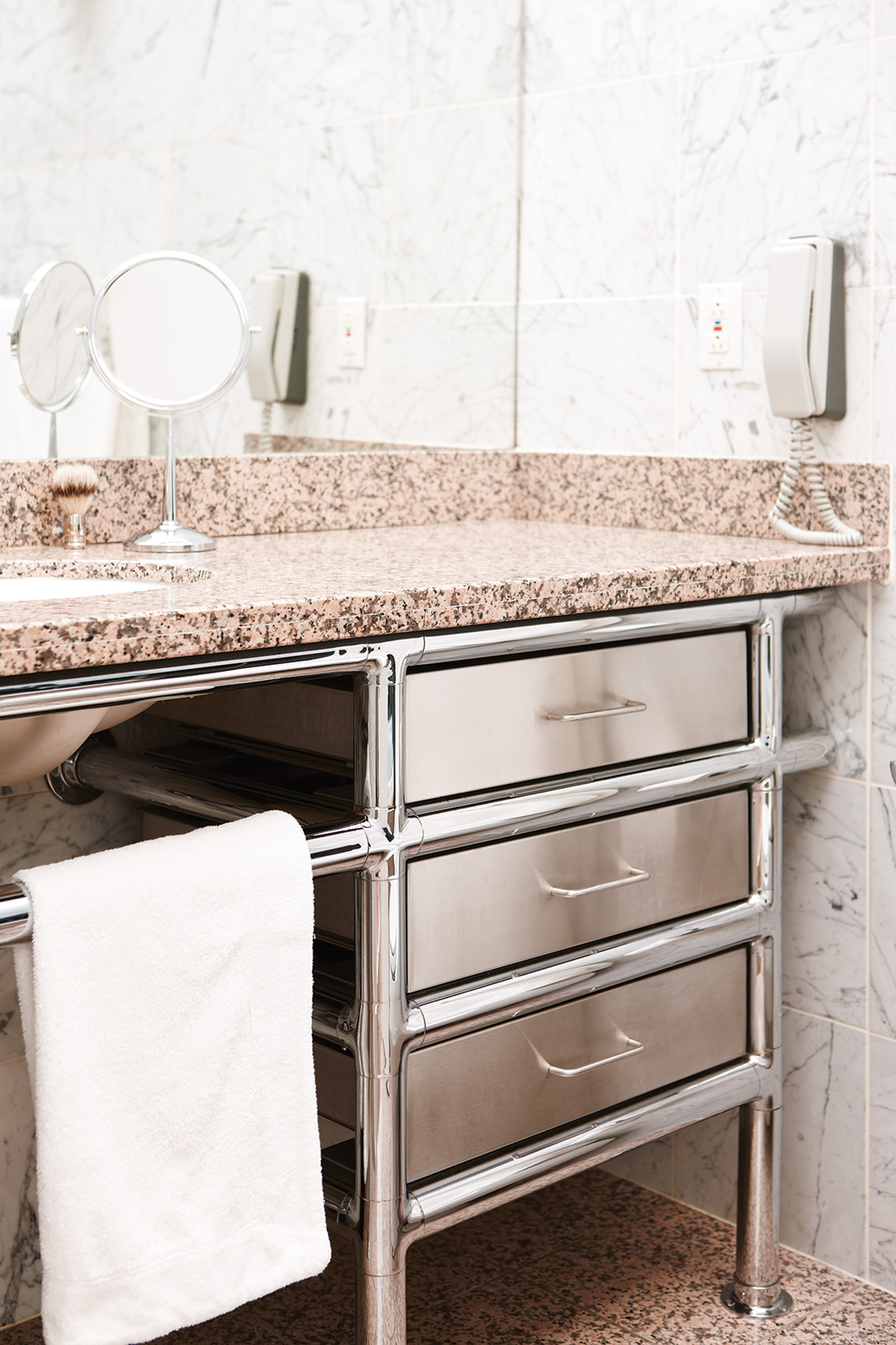 The steel-tube vanity in the guest bathroom, renovated in 1990, is topped with granite and surrounded by floor- to-ceiling marble tile. 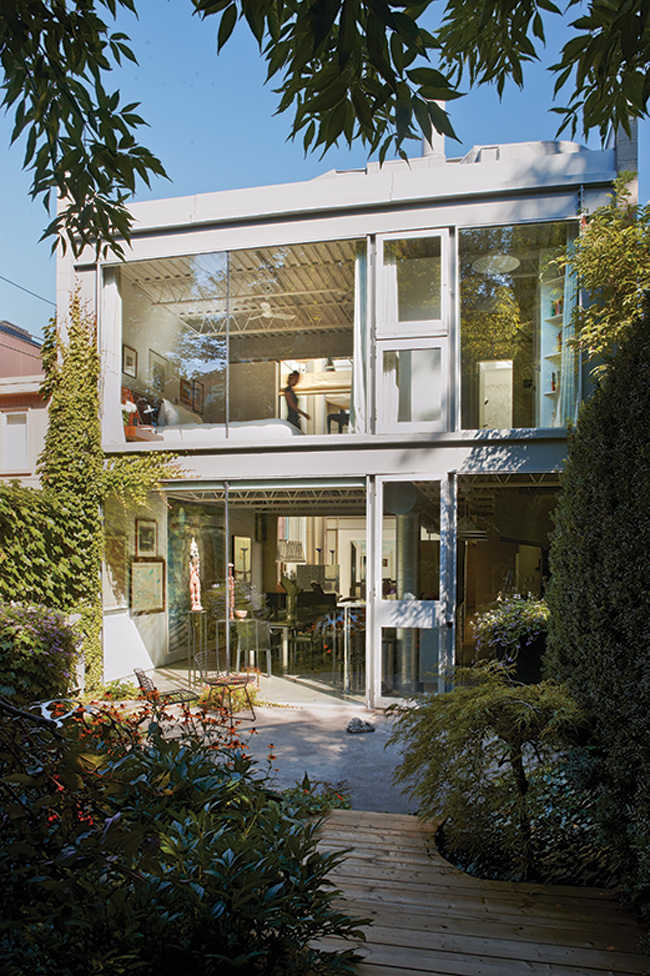 Over the years, the courtyard garden has reached maturity, and is completely walled in with ivy and native plants.
Share Tweet Pin Email Print

In tony Yorkville, along a shaded street lined with Victorian row houses, this box-like structure is a startling sight, even 41 years after it was built. Toronto’s first glass-and-steel home was designed by renowned American architect Barton Myers, and though it has been tweaked and updated since 1970, its owners have always been guided by Myers’s groundbreaking vision.

Situated on a small lot, the house, originally built for Myers’s young family, feels remarkably spacious inside. From the front door, a narrow hallway leads to a central courtyard. White walls, adorned with large paintings, rise to a vaulted, translucent roof where light fills the interior. The atrium splits the second storey in two: a suspended catwalk connects the study, guest bedroom and bath, and TV room at the front with a sitting room and master suite at the back.

Evidence of Myers’s love for off-the-shelf building materials and modular construction is everywhere, with exposed air ducts and I-beams, and escape ladders leading to the roof – a utilitarian look befitting the glass and steel home that he picked up during his time with the U.S. Navy and Air Force.

Myers even included a galley-style kitchen; it was the house’s one cramped space until a subsequent owner, restaurateur Fred Luk of Fred’s Not Here, opened it up to the rest of the home. Luk hired local architect Lisa Bate to install a professional kitchen; she also upgraded the white-tile bathrooms and installed a fireplace in the atrium, using speckled grey granite throughout to complement the poured concrete floors and exposed ductwork. A built-in pond in the backyard had become a haven for wasps, so Luk replaced it with a wooden deck.

The current homeowners hired local firm L.A. Design to add further warmth and functionality. Led by Christopher Wood, industrial-style lighting was installed, built-in storage units made from walnut and I-beams were fabricated, and curtains were hung on steel rods suspended between photographers’ light poles – repurposing hardware, as Myers himself might have done. “This is a really special house,” says Wood.

“It speaks to you.” The homeowners have added eclectic older pieces and sculpture, some of it as visually graphic as the huge Helvetica house number on the garage door. And though the glass and steel home has no preservation order, it may not need one. Everyone who has lived here since Myers clearly loves the little glass-and-steel house as much as he did.