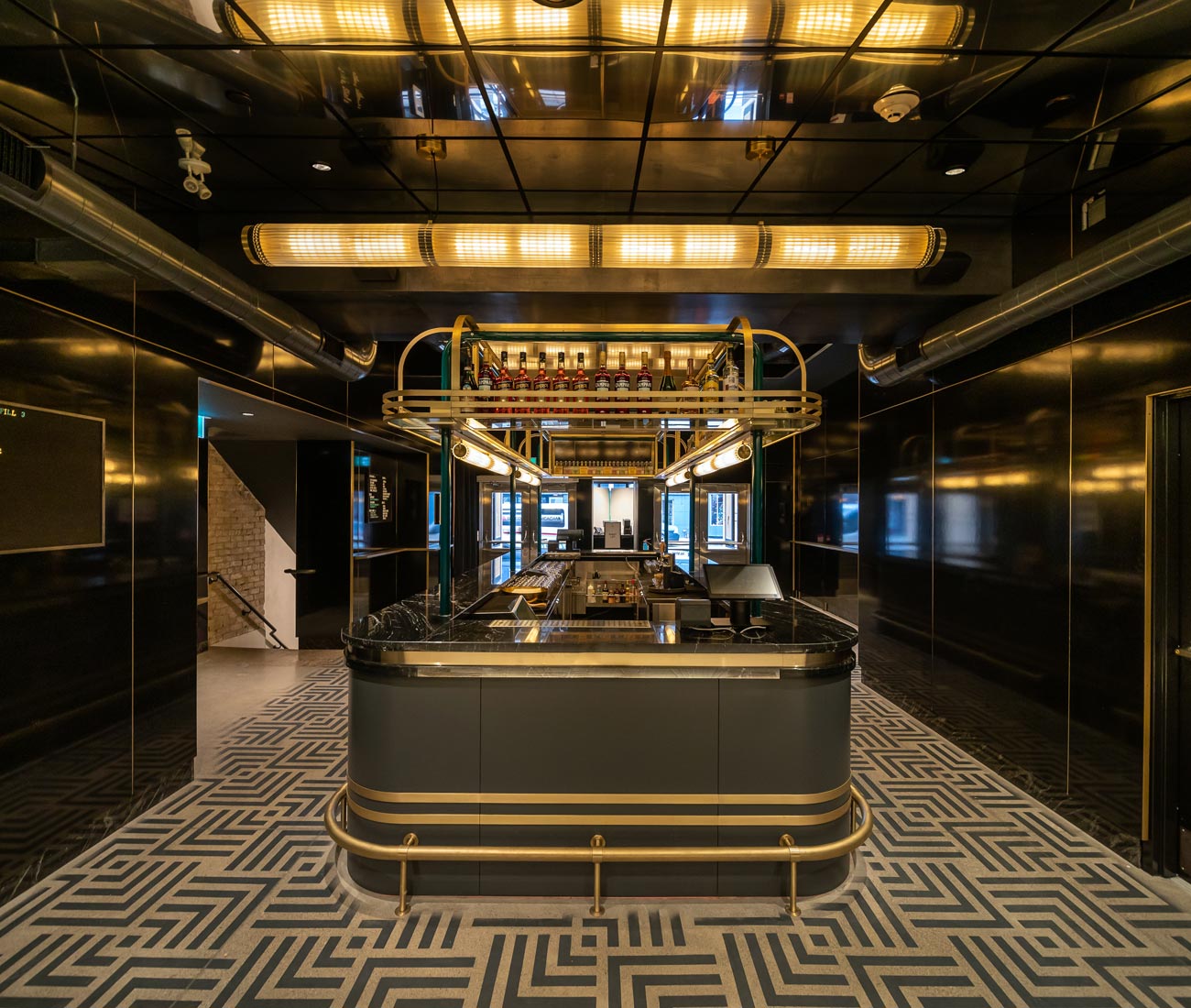 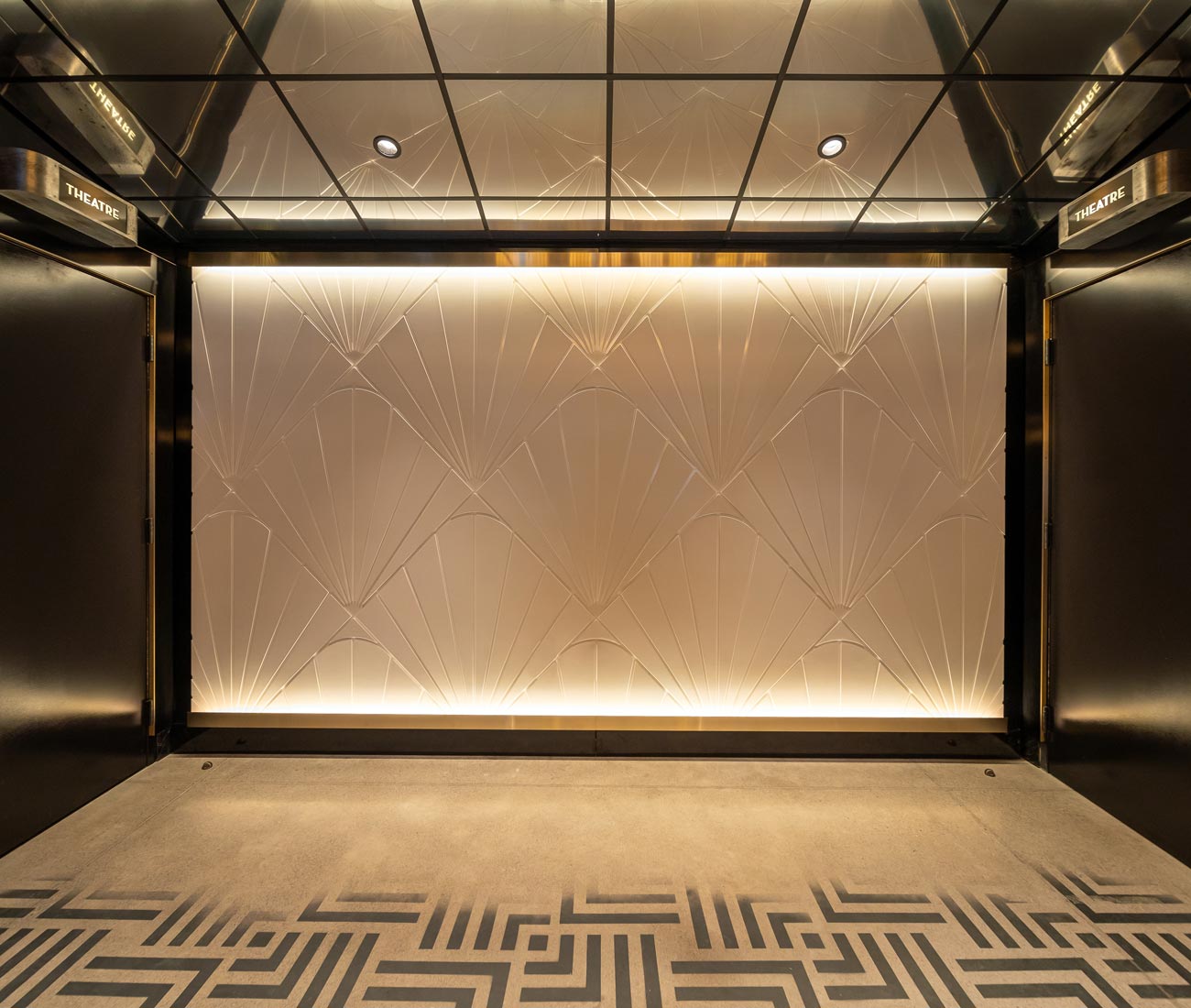 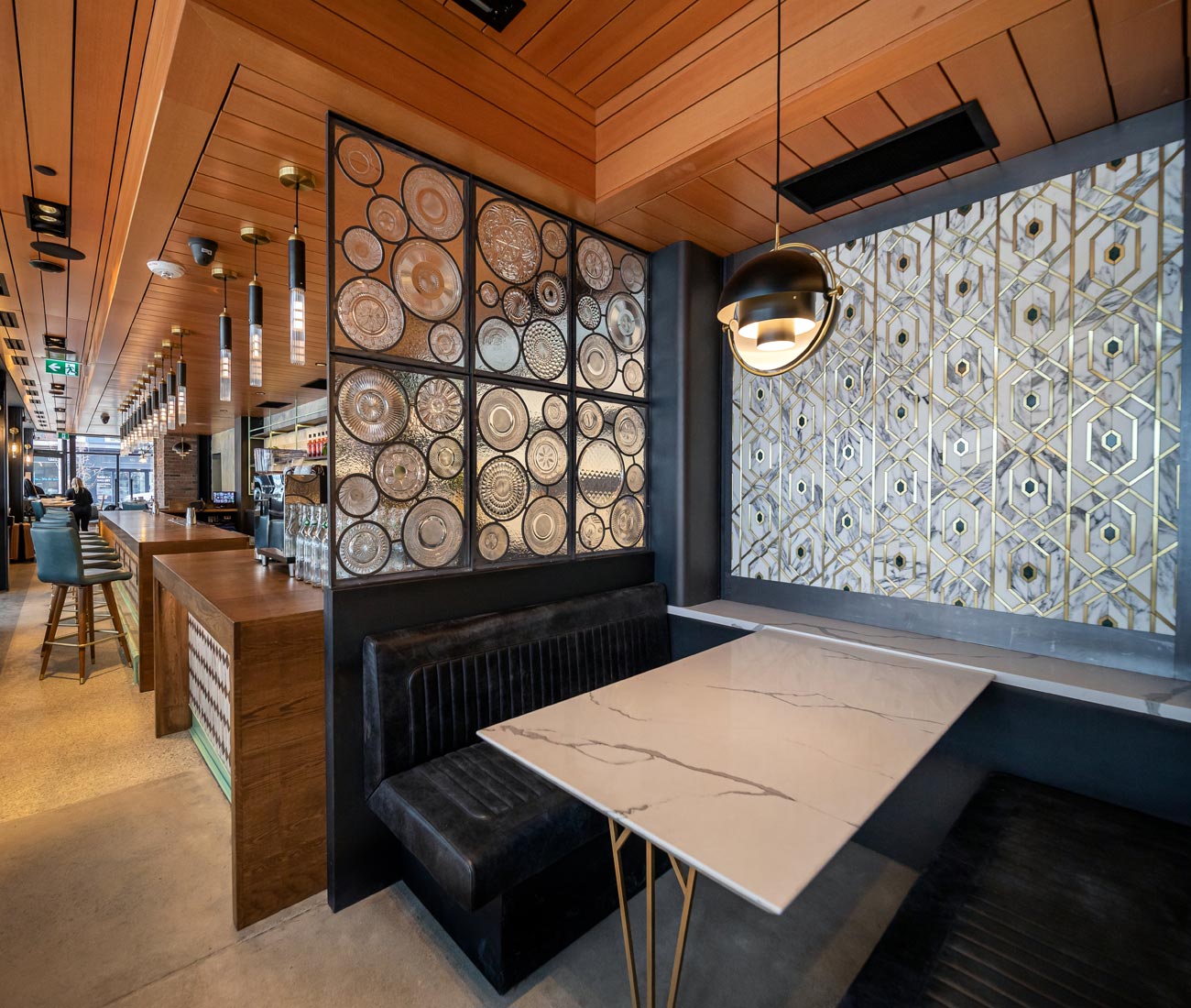 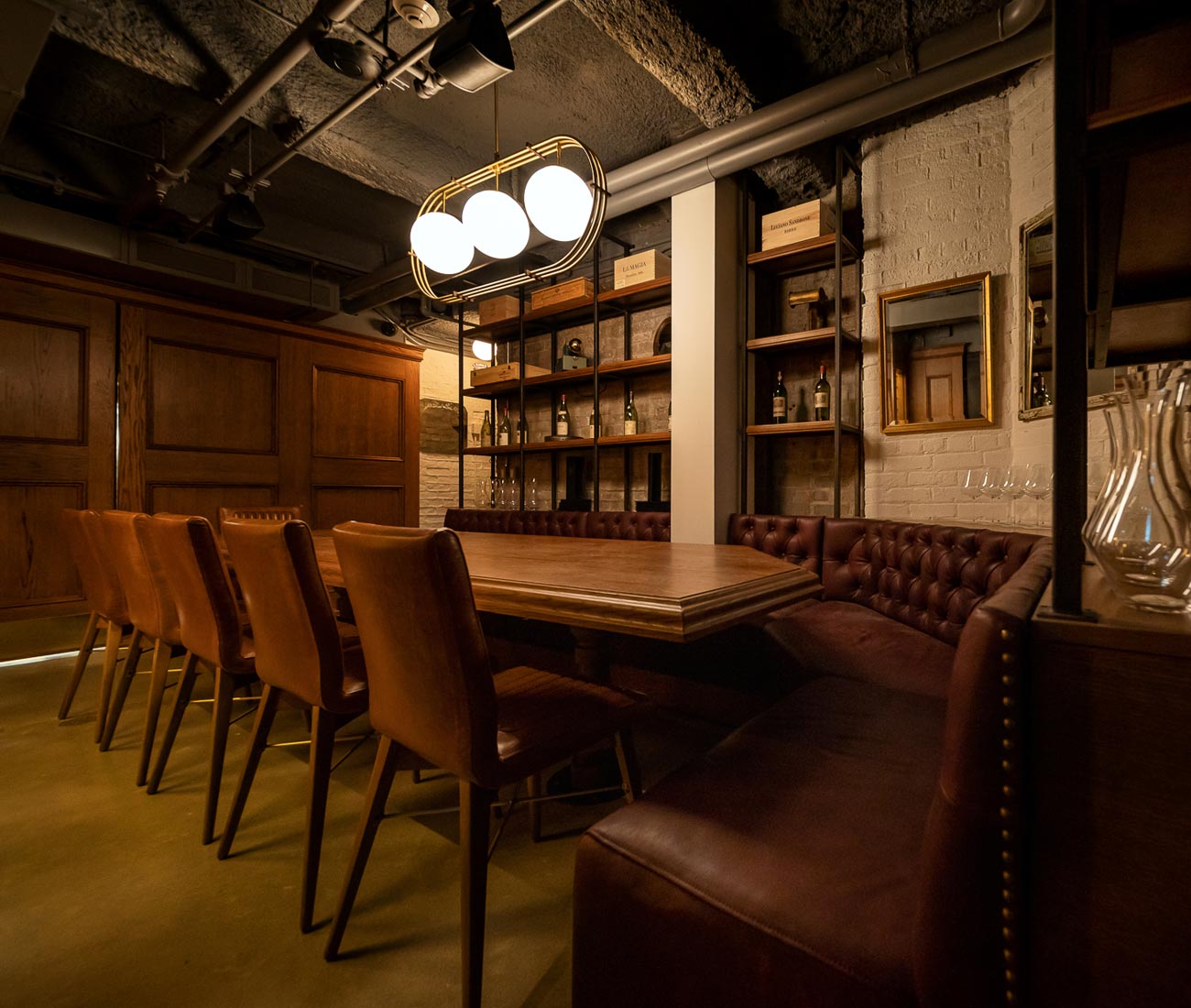 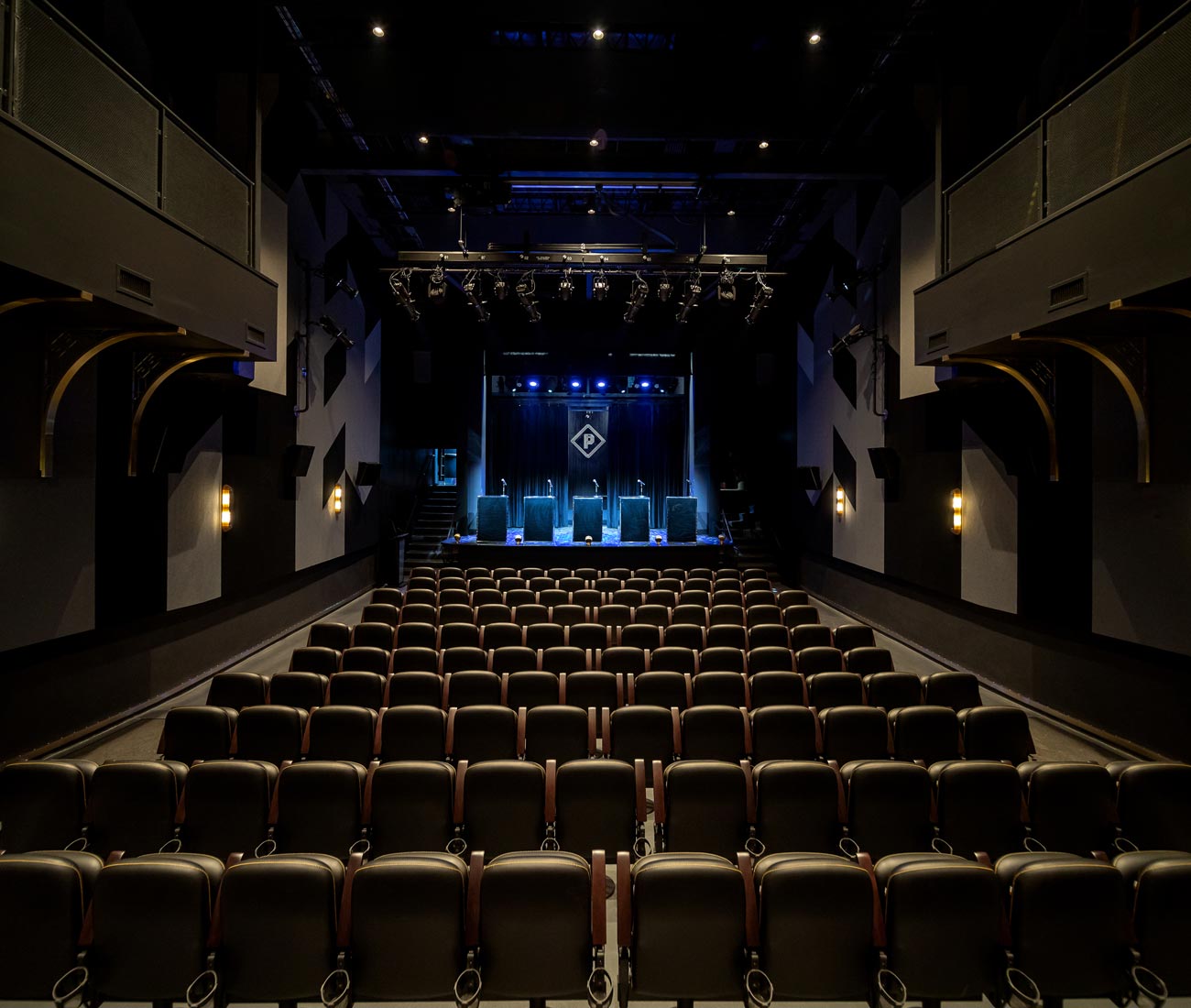 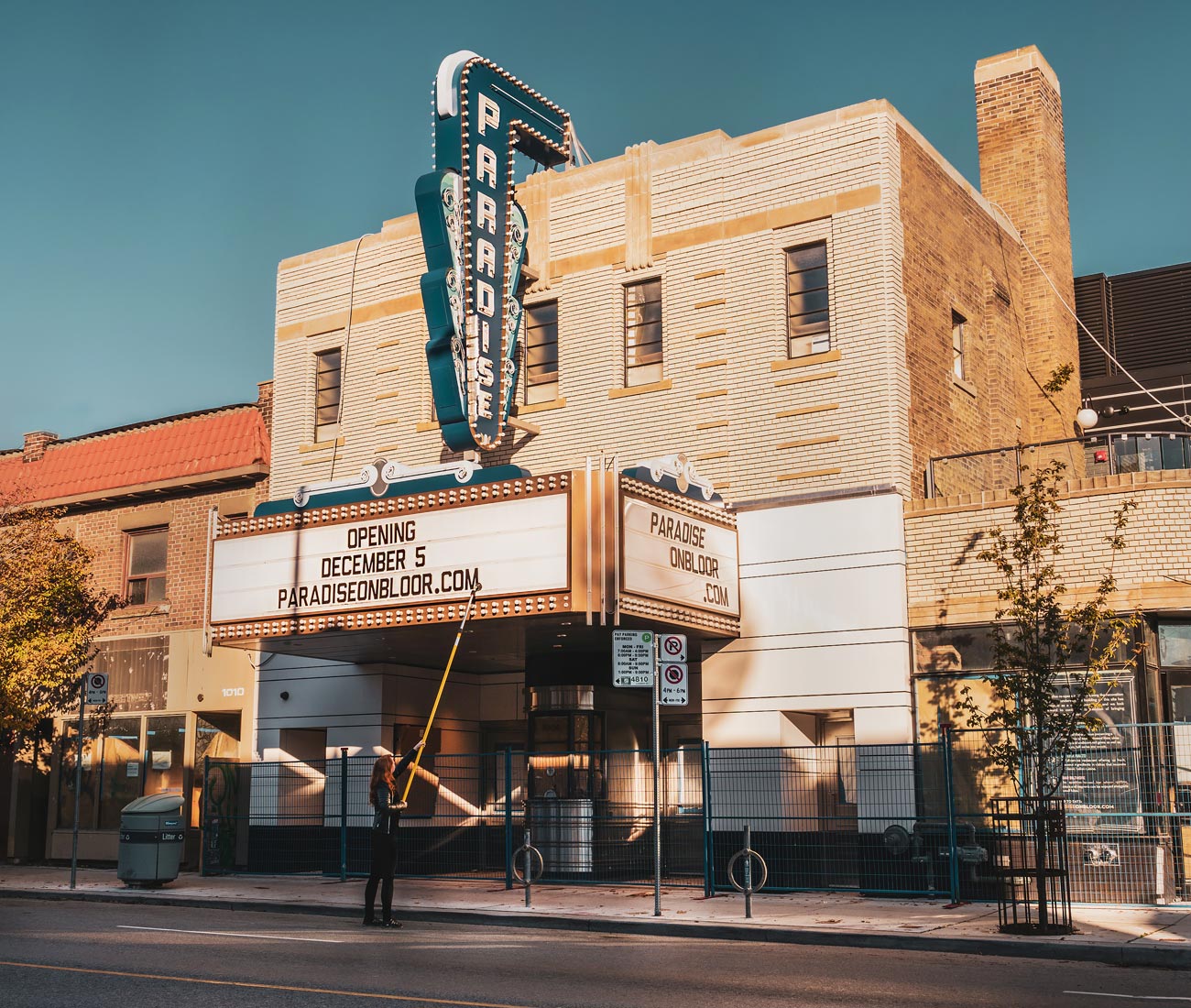 By Gregory Furgala
Photography by Rick O'Brien and Reynard Li

Credit financier Moray Tawse for not only resurrecting the building but also the sense of occasion cinemas once commanded. As a child, Tawse would join his mother at the Odeon Biltmore Theatre in Mount Dennis, taking in films, cartoons and newsreels while she worked. Decades later, seeing Paradise Theatre in such grim shape made him sentimental. “A real estate investor wouldn’t buy it as an investment,” says Tawse. “I was caught up in the nostalgia.”

Instead of a pure rebuild, though, Tawse adapted it to the surrounding neighbourhood, now a dense cluster of families and young professionals. Along with films, the 208-person theatre is outfitted for music, comedy and other events, while a full sit-in restaurant and a trio of bars cement its destination status.  Solid Design Creative, whose work includes Maison Selby and DaiLo, was commissioned for the interior design; ERA Architects maintained the heritage elements.

Save for the all-season patio and addition above it, the exterior is true to the original. The buff brick facade and cast stone detailing have been restored, as has the stainless-steel cladding around the newly installed box office. Throughout the interior, Solid tapped into the full scope of art deco aesthetics, which are restrained at times, saturated at others.

The lobby hews to the former. A sloping, mirrored ceiling and piano-finished walls give off ample ambient light, making the contained space glow. At the far end of the room, a pearl-hued wall featuring era-appropriate scalloped patterning – Instagram fodder for sure – backs a central bar, its steel frame recalling a streetcar. It’s a posh setting for hushed conversation during intermission.

Tawse brought on Basilio Pesce, most recently the chef de cuisine at La Banane, to head the kitchen. In Rialto, the focus  is on pan-Italian cuisine, with the only constants being house-made pasta, bread and salumi, locally sourced ingredients and, when appropriate, a bit of char from the wood-burning grill. Biltmore will feature a raw and small-bites bar in lieu of the full menu, while mixologist Robin Goodfellow’s cocktail lists will  be available throughout, including the theatre’s VIP mezzanine.

In its heyday, Paradise was a neighbourhood theatre in a city full of them, and Tawse’s vision for it isn’t too different: a community hub frequented by locals, and a throwback to Golden-Age-of-Hollywood glamour on a strip of Bloor in need of a little sparkle. PARADISEONBLOOR.COM; SOLIDDESIGNCREATIVE.COM; ERAARCH.CA