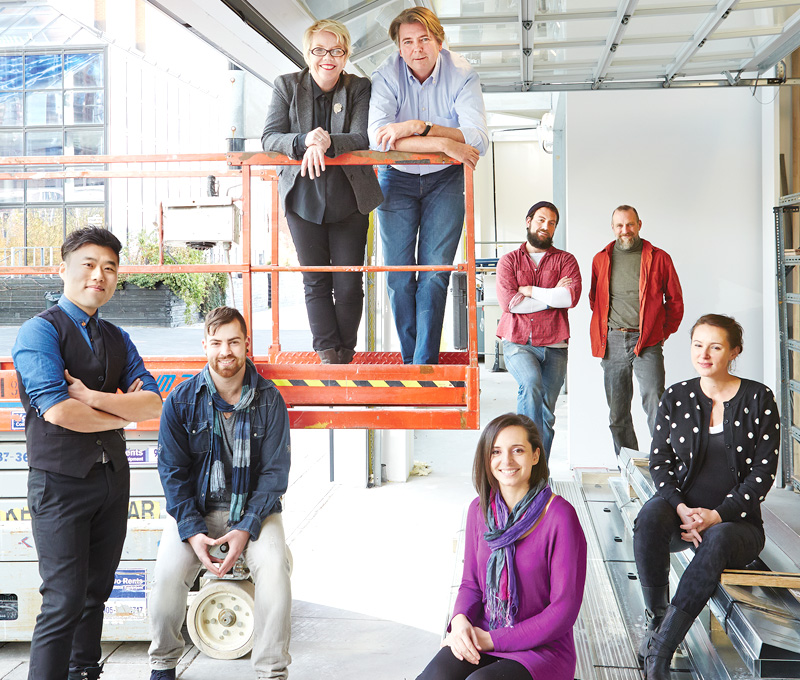 The Harbourfront Centre was born a cultural hub. With four hectares of lakefront parks and pavilions, galleries and theatres, it has showcased international art and ideas for 42 years. Condo and Pan Am Games development briefly cut off the non-profit from the core. At the same time, it has triggered a two-fold program that reconnects the centre with a growing population of design-savvy denizens and bolsters homegrown talent.

As part of the waterfront’s revitalization, the parking lot beside Harbourfront was recently buried, and two public squares were planted. This has improved pedestrian access to the aging institution and increased visibility inside the unkempt facilities. There has never been a better time for the board of directors to push to update the main building; in 2012, Heritage Canada extended a rare brick-and-mortar grant, which private donors then matched.

Driving the changes are two individuals who have been determined to put the centre back on the innovation map for years. Melanie Egan, head of craft and design, mentors resident and alumni artisans, and manages the textile, metal, glass and ceramic studios. She has championed a redesign since 1997; cramped and out-of-date workrooms used to have a “Cronenberg-esque mystique to them,” she explains. The reno increased studio space by 92-square-metres and artists now glide between tools and machines, including a new 3-D printer, and share techniques with their colleagues.

The promise of cross-pollination between disciplines sparked an idea in Ted Pickering four years ago. As retail services manager, he oversees the Centre Shop and now Creative Genius Designer+Maker, a new bi-annual collection of home accessories designed and made at Harbourfront. The premier lineup – a joint effort of 13 craftspeople – boasts small batches of 30-plus items, including charcuterie trays, felt bowls, ceramic plates, beer glasses and wine openers. “It’s a clean-slate brand,” says Pickering. “There is no big corporation behind it. It’s us, in the trenches with makers. It’s about working collaboratively, to bring what is done for the love of it out onto a bigger marketplace.” Yes, it’s an exciting time for an old institution and for Toronto design. harbourfrontcentre.com/creativegenius