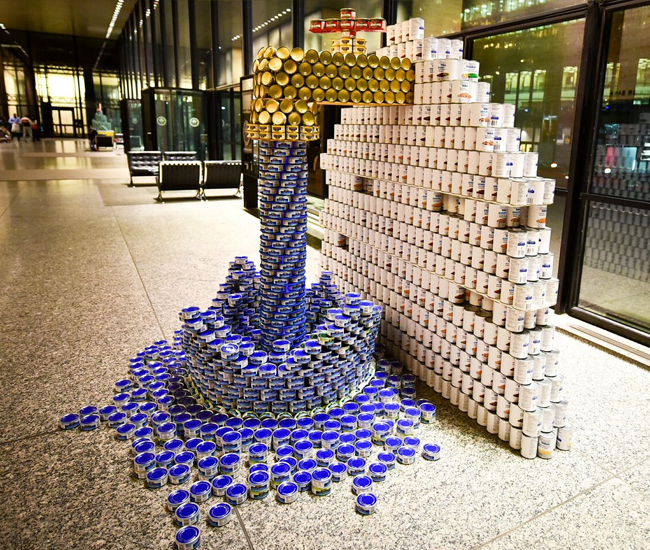 Designers prove it’s OK to play with your food – when it’s for a good cause. On display until Saturday, Canstruction Toronto turns the lobbies of four TD Centre towers into sculpture galleries displaying 20 inventive structures made entirely out of canned goods.

Now in its 16th year, the annual exhibition began as a way to encourage food bank contributions during the spring, when donations are less common than during the holiday season. This year, 32 tonnes of canned goods were donated for the sculptures. On Sunday, all of the food will be sent to the Daily Bread Food Bank. 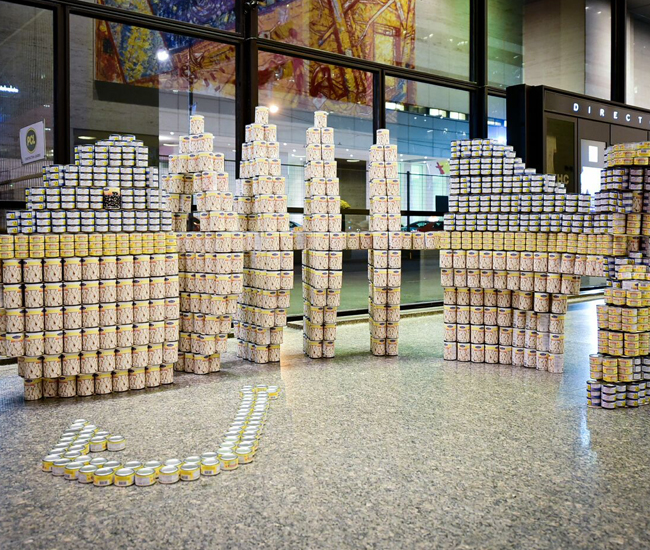 The teams behind the sculptures include local designers, architects, engineers and students. Many opted to build large-scale versions of objects or animals with symbolic significance. Ryerson University’s Department of Architectural Science, for example, created a tuna. The front and back sections of the fish are fully-fleshed, while the middle is a skeleton made of lima beans – a reminder that not everyone can afford sources of high protein. Nearby sculptures resemble fortune cookies, fire hydrants and origami swans. 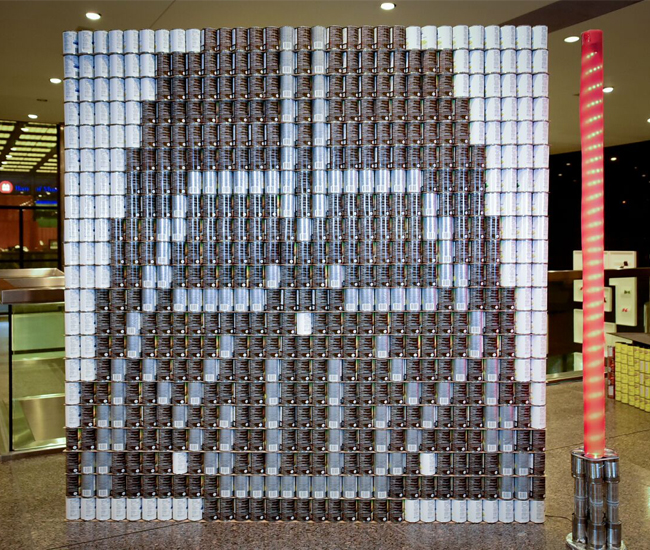 Several other teams arranged their cans to create mosaic walls. A fun display by GHD Inc. pays tribute to Star Wars villain Darth Vader. Apart from being a timely reference – May 4th is unofficially known as “Star Wars Day” – the image also provides food for thought. The placard next to the structure notes that, when it comes to eradicating hunger, we must follow the famous words of Jedi master Yoda: “Do, or do not. There is no try.” 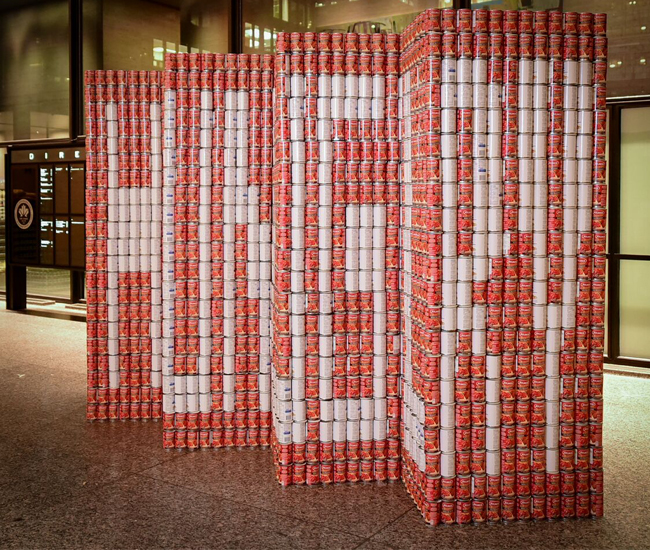 Two of our other favourites incorporate optical illusions to acknowledge that, depending on one’s point of view, it can be difficult to spot the problems faced by those around us. A rippled wall by Quadrangle Architects spells out “still” and “hungry” when viewed from different angles, while a sculpture by Turner Fleischer Architects riffs on a classic mind-bender, resembling both a vase and two faces. While the structural ingenuity shown by both teams is impressive, the way each design speaks to the cause they support is even moreso.

Canstruction Toronto is on display now until May 9 at the Toronto Dominion Centre, 294 Bay St.

View all of the structures and vote for the competition’s People’s Choice Award on Facebook.