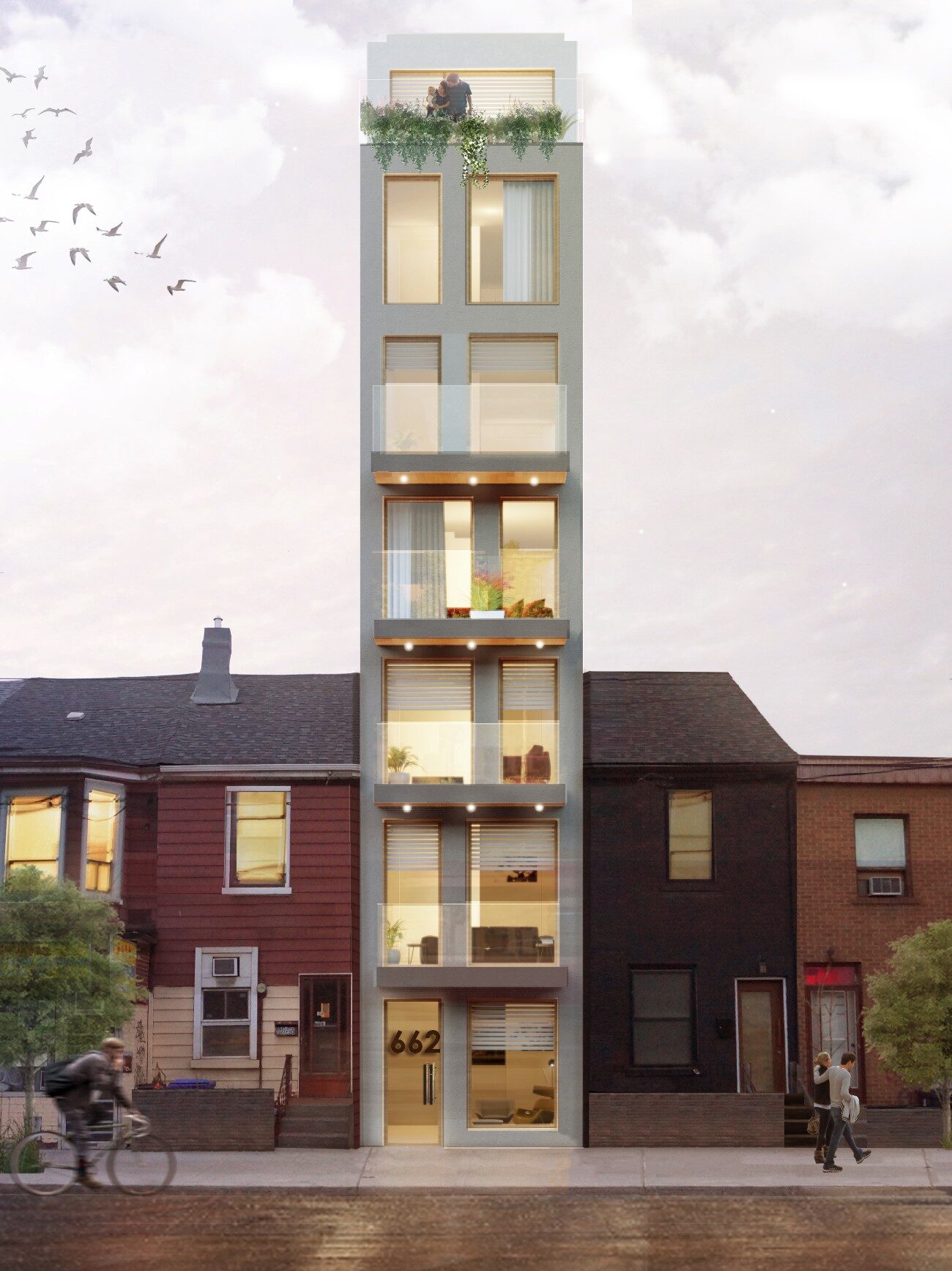 I want to live in Naama Blonder’s Toronto. The architect, urban designer and co-founder of Smart Density celebrates an intimate metropolis of neighbourhoods, punctuated by eclectic streets of small, independent shops. This is a vision of the future we need here.

Unfortunately, these settings are typically at odds with new development. Consider, for example, the downtown stretch of Yonge Street between Bloor and College, where towers are replacing low-rise stretches of storefronts and second-storey apartments. While new housing – and lots of it – is essential to a growing city, these soaring edifices erase much of the city’s commercial and cultural character. Mid-rises aren’t much different, often replacing full blocks for a single project. Enter the Mini Mid-rise.

We don’t want to see tall buildings as the only type of development.

A bold yet contextually sensitive addition to Toronto’s housing toolkit, the Mini Mid-rise concept envisions substantial new density on a fine-grained scale. Transforming a single property at a time, the six-to-eight-storey infill preserves the scale and rhythm of Toronto’s main streets while introducing much-needed new living spaces above.

“We don’t want to see tall buildings as the only type of development,” says Blonder. And in lieu of the monoculture of drugstores and banks that tend to accompany new towers, the compact retail space at ground level better supports the mom-and-pops that shape Toronto’s urban fabric.

There’s more to it than density. By challenging how development happens, Smart Density is also challenging the very notion of a developer. Avoiding complex and costly site assembly, the Mini Mid-rise requires only a single lot to build. Designed to meet Toronto’s mid-rise planning guidelines, the plan also makes for a streamlined approval process, allowing small commercial property owners to expand their own sites. “People think of real estate development on the scale of pharmaceutical companies and the big banks” says Blonder, “but it doesn’t have to be.” SMARTDENSITY.COM