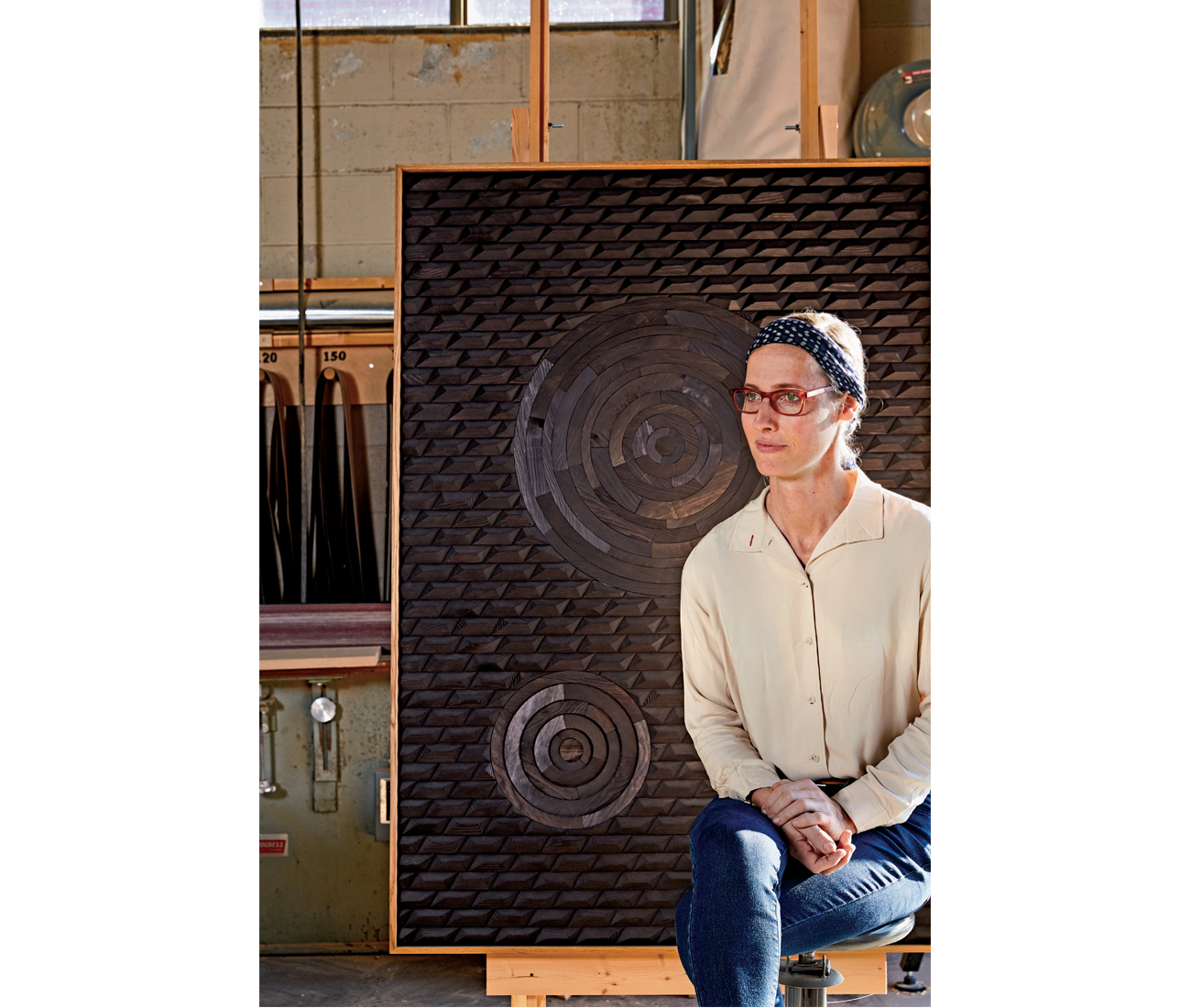 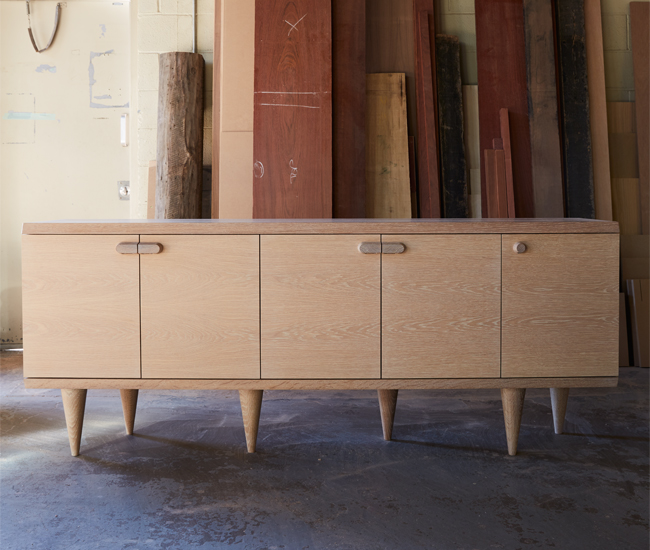 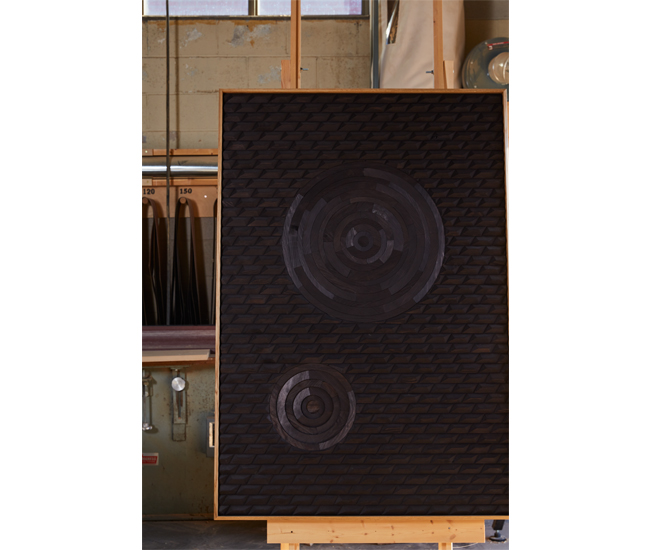 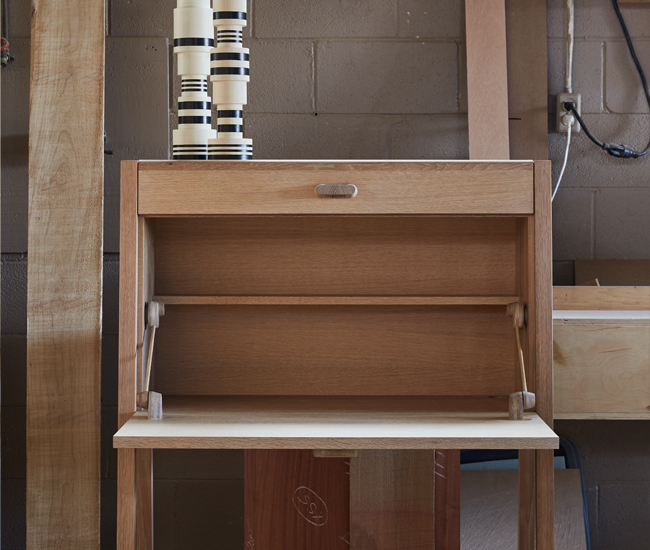 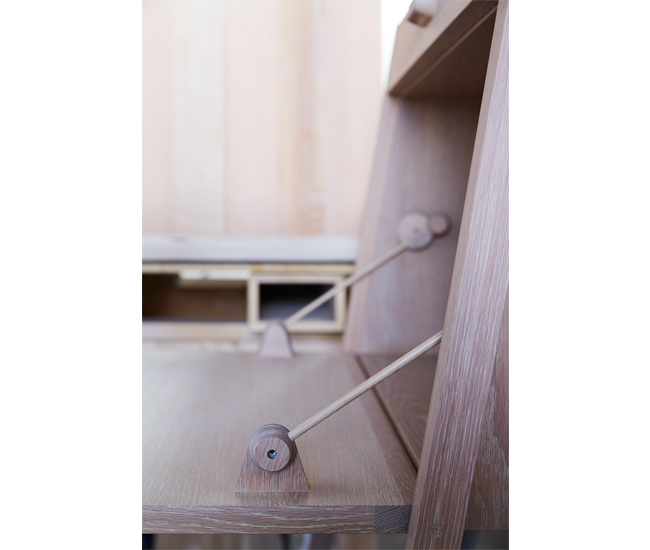 With a maker’s skill and an artist’s sensibility, Day crafts everything from evocative sculptures to finely detailed dressers

In 2007, Djuna Day looked at a pile of discarded offcuts and instead of seeing wood waste, she saw an art series. The self-taught designer had found her start at Dakota Jackson’s studio in New York, putting the finishing touches on avant-garde furniture destined for Hollywood homes. During her rogue training at woodworking co-ops in Brooklyn, Day began arranging the offcuts in framed boxes and staining them black. “It was the beginning of my commentary on how we disassemble our planet. The patterns I was assembling felt very dystopian to me – very sci-fi, post-apocalyptic and foreign to what the material once was – a tree.”

Now known for her handcrafted sideboards, desks and dining tables, it’s no surprise that Day (who crossed the border in the early aughts) was drawn to textured, three-dimensional artwork. Her white oak Barcelona sideboard, which breathes sculptural detail into oft-overlooked furniture components like knobs and legs, made the rounds at last year’s Interior Design Show. Her secretary-style Hella writing desk was another lesson in striking accents; while prototyping the piece, Day felt unsatisfied with the generic metal hinges on the market, so she upped and fabricated her own. She gestures to the wooden stays, steeped in elegant Scandinavian minimalism, and laughs. “I didn’t intend this, but it’s now the most remarked-upon aspect of the piece.”

Day’s assemblage of iridescent wood spirals – a sprawling piece that took three weeks to build – was a hot topic at the last edition of the Gladstone Hotel’s Grow Op. But despite eager audiences, she couldn’t shake the urge to bring her art entirely off the wall. Thus came the free-standing totems – some sitting cheekily on a side table, just shy of 30.5 centimetres, and some towering as tall as two metres. Lathe-carved from blocks of cedar and Douglas fir, they’re at once reminiscent of antique wooden tops of yesteryear and the imagined skyscrapers of mid-century futurism.

At her studio near Bloor and Islington in Etobicoke, Day nods toward a group of totems standing next to an art deco dresser, a bespoke project for a client. The woodworking space, scattered with various pieces in progress, is like an echo chamber for her two blossoming practices. “My furniture work is a celebration of this constant human desire to make beautiful our world – to have ideas and make them manifest. My artwork is a critique of this same tendency.”