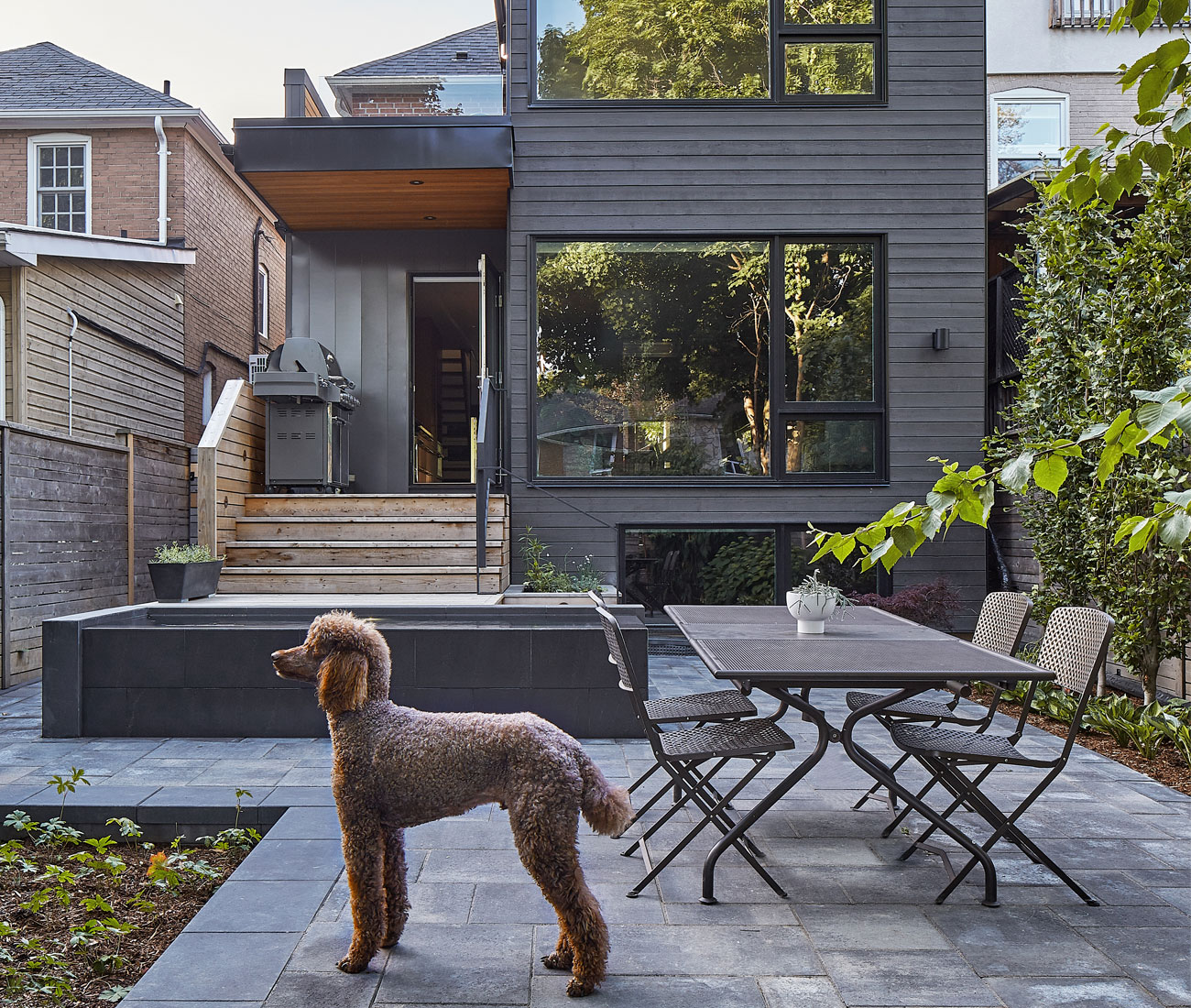 Who’s a good boy? Toronto knows the answer: they’re all good boys. Our architectural photographers do, too. Here, a notable sampling of doggos and puppers we’ve spotted in local design photography

Toronto is a dog city. And the numbers prove it: more than 230,000 doggers live within city limits. An estimated 280 puppos live in the average 40-storey condo. In neighbourhoods like Liberty Village, the poochie population has increased an estimated 40 per cent over the last half-decade, leading to fierce battles over green spaces. And anecdotally, the city is home to Instagram-powered dog adoption sites, dog rescues that travel to disaster zones, dog cafés, dog-positive breweries, stores that specialize in CBD for dogs and even a dog fountain-adorned public park. More on that in a moment.

Some argue that the city’s combination of workoholism and the ever-rising cost of living – which forces families to shy away from kids – has led to our canine obsession. Others argue that our status as one of the greenest cities in the world make us an ideal home for dogs. Others simply believe that pet friendliness is embedded deeply into our civic fabric. Whatever the reason, Toronto is a dog city – and that’s evident even in our architectural photos. Here’s proof. 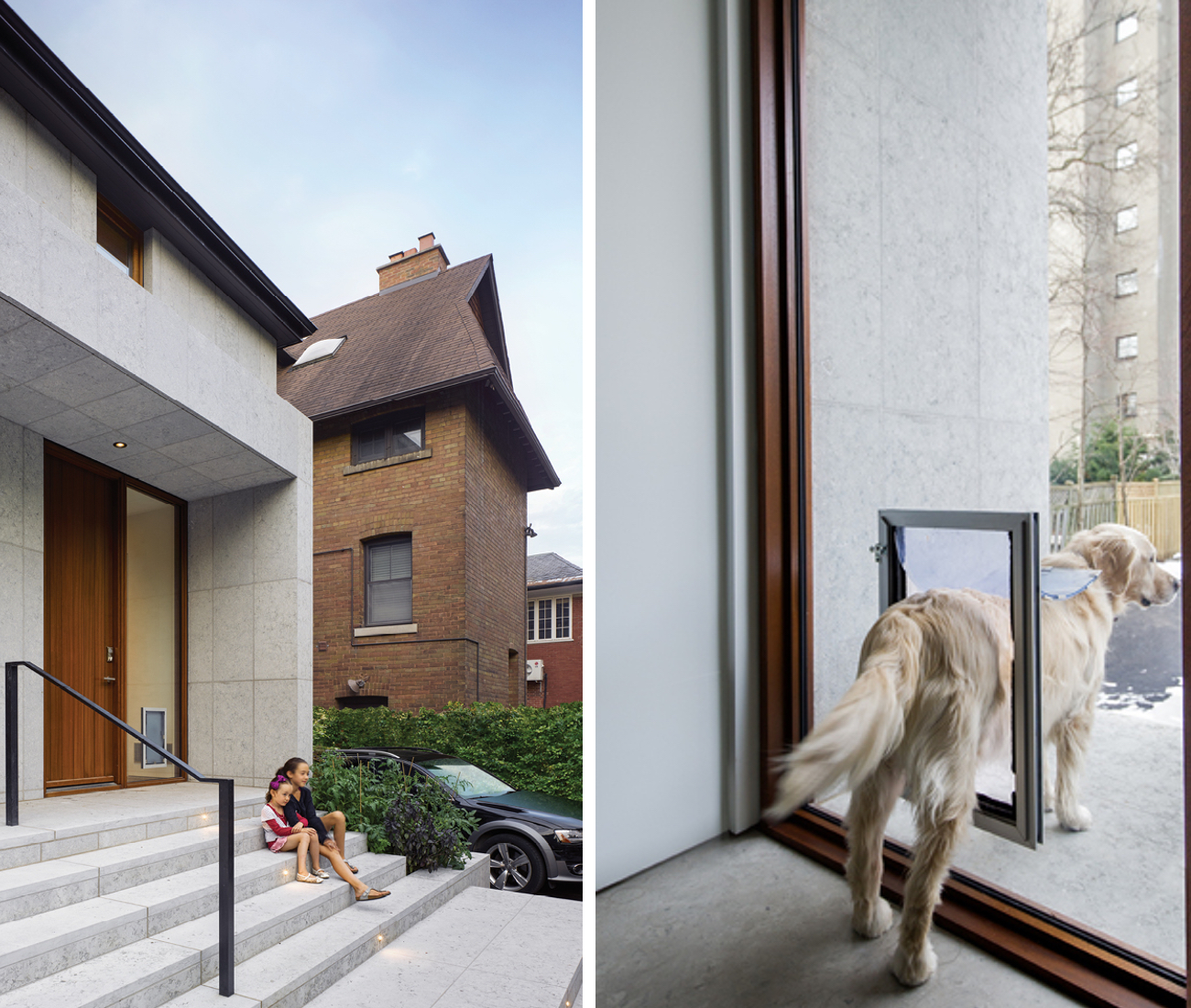 What’s up? Dog butt. No, seriously: for a restoration of an Annex abode, Paul Raff Studio maintained the home’s Edwardian trimmings – all while incorporating a back-of-house addition with a translucent doggie door. The local practise captured a family Golden Retriever using the hatch, which, to our knowledge, is the first time dog butt has been photographed by a professional architect. 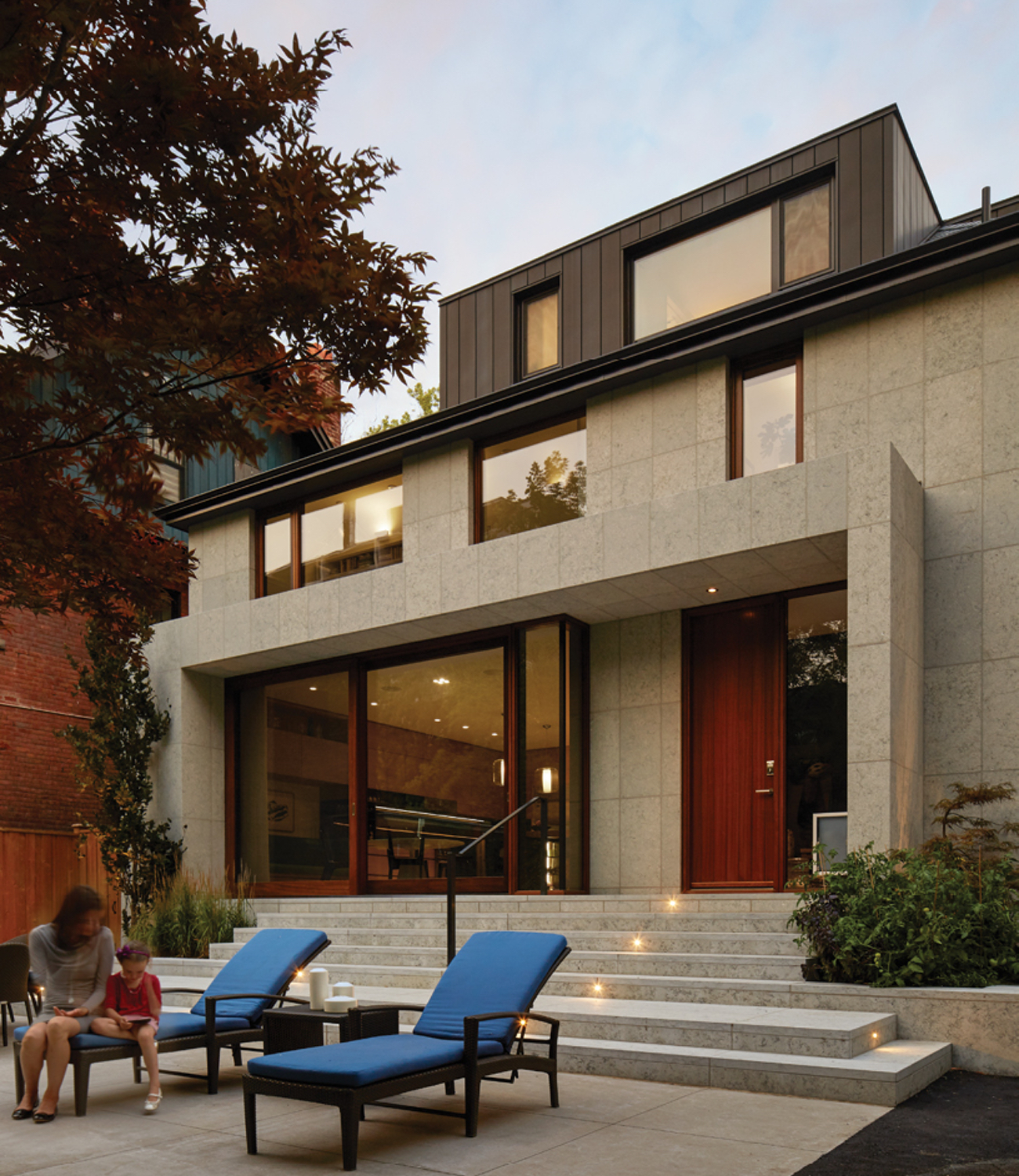 But aside from the doggie derriere, the 460 square-metre house is the union of old and new. Housing a family of five, Madrigal House adds to the original Edwardian structure, while sensitively updating its details: visitors are welcomed into a stained-glass entryway, curved ceilings still adorn its second floor, and bannisters and crown moulding are visible throughout. The extension, clad in tastefully restrained limestone, adds a decidedly contemporary kitchen, realigning the heart of the home. Fido, we imagine, loves it.

House of Louis by Asquith Architects

This North Toronto renovation by Asquith Architects opened up a North Toronto Edwardian, adding a handsome volume to its rear. And while the space is defined by picture windows and a stunning kitchen with a Kastella table, Hay stools and Lambert & Fils light fixtures, something (or someone) else dominated the architectural photos: a standard poodle named Louis. Instead of using standard-issue Blurry People™ to illustrate the scale of the project, Louis lounged on living-room carpets, on the newly constructed back deck and in upstairs bedrooms, perched above the mature canopy. It added a playfully adorable element to the project’s photos, which photographer Nanne Springer is continuing in her newer shoots.

“I realized I am an architectural and pet photographer lately!” Springer wrote on a recent Instagram post, sharing a dog-and-owner photo from another Asquith project. “Heather and I agreed that our next shoot should feature a horse.” Designlines, for one, would welcome that.

It would be irresponsible to exclude Berczy Park, the Financial District park designed by Claude Cormier, from any list relating to Toronto architecture and dogs. The revitalized Berczy takes the dog park moniker seriously, and rather literally: it’s anchored by an Instagram-famous fountain that’s fed by canine sculptures that spout water. The playful feature is easily the park’s most sensational feature, but Cormier also filled the wedge-shaped plot with plenty of other useful features, including shade trees planted in silvia cells, a flattened multi-purpose curb and a gravel area for dogs to relieve themselves.

But let’s not lose sight of the real gem, here: the fountain, which is topped with a golden bone. Now that’s a false idol worth worshipping.

Summerhill by Omas:Works and Croma Design

This year, Designlines’ Reno Issue had an unlikely cover star: a heartbreakingly adorable Corgi named Humphrey. He belongs to a couple who, after leaving King West for more family-friendly pastures, enlisted Omas:Works and Croma Design to craft a contemporary home in Summerhill. And while most of the photography by Scott Norsworthy and Arash Moallemi focused on the subtle architectural interventions and high-quality materials used throughout – think white oak and slabs of Carrara marble – the images were enlivened by Humphrey’s presence.

Peekaboo gaps and dramatic skylights are arranged throughout the house, but the space is truly warmed up by the family – which includes, of course, Humphrey. Who, if you haven’t gathered, is a very good boy. 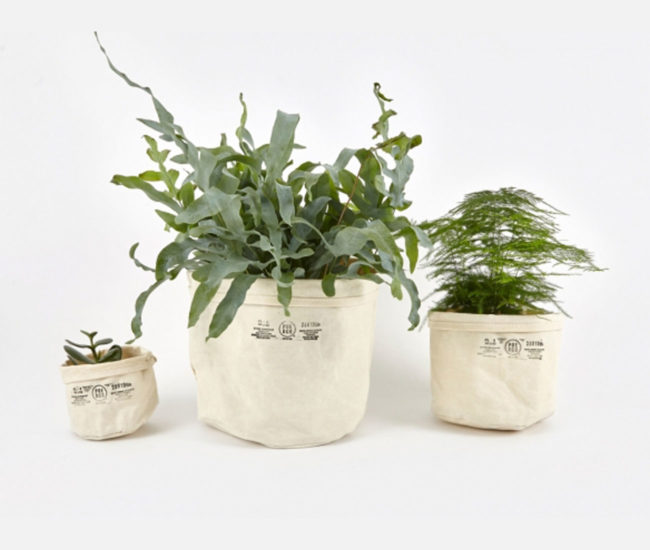 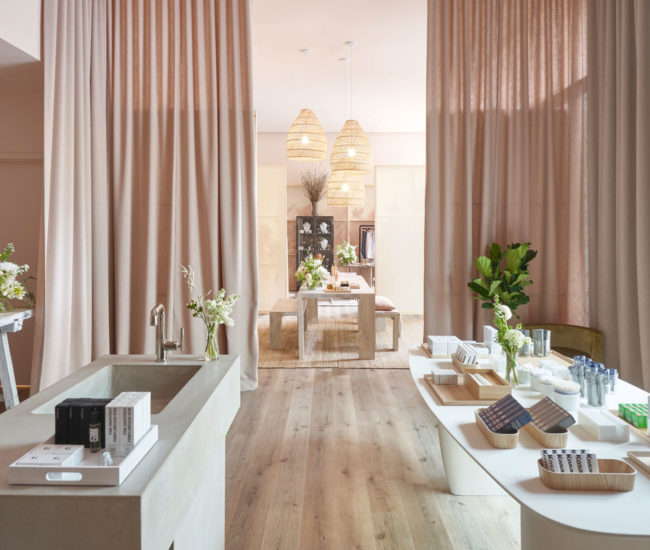 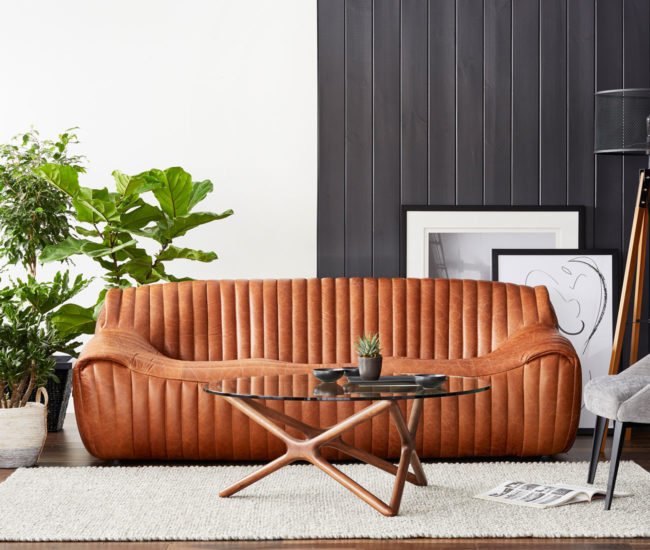 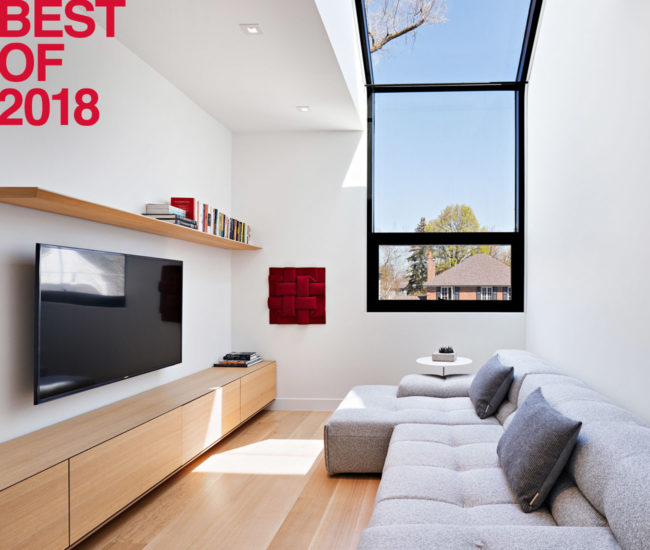 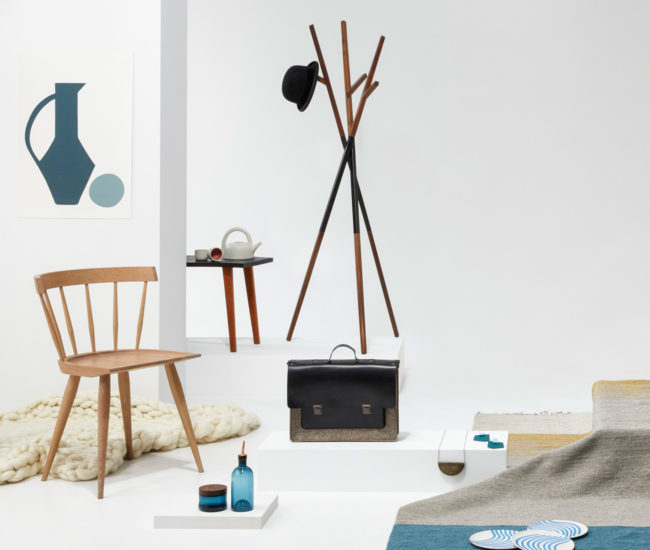 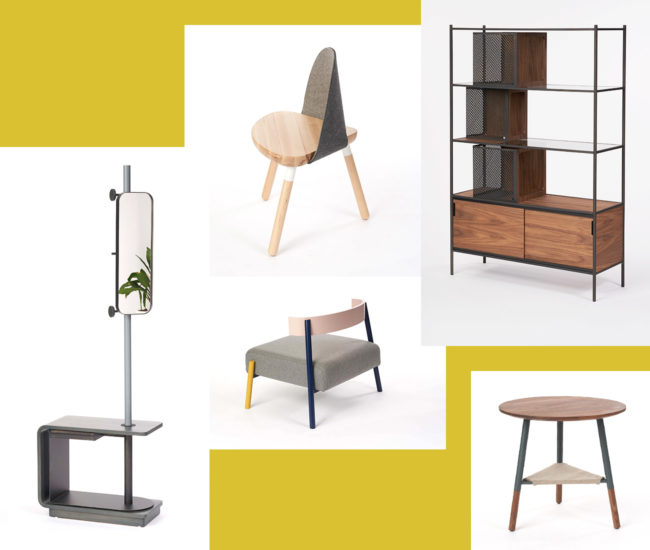 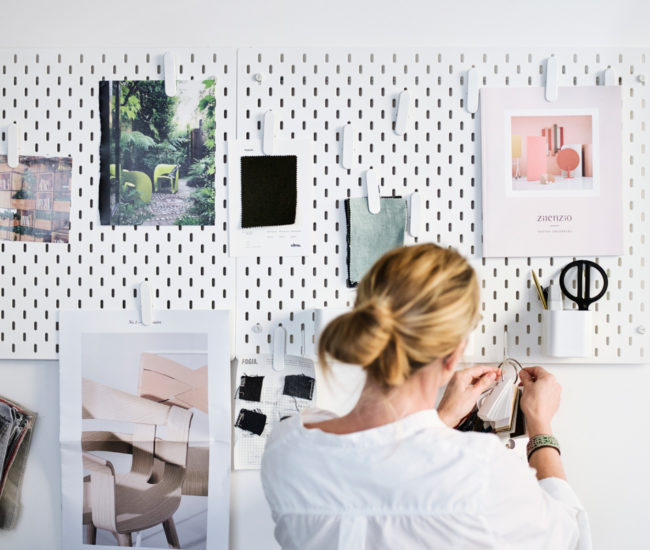 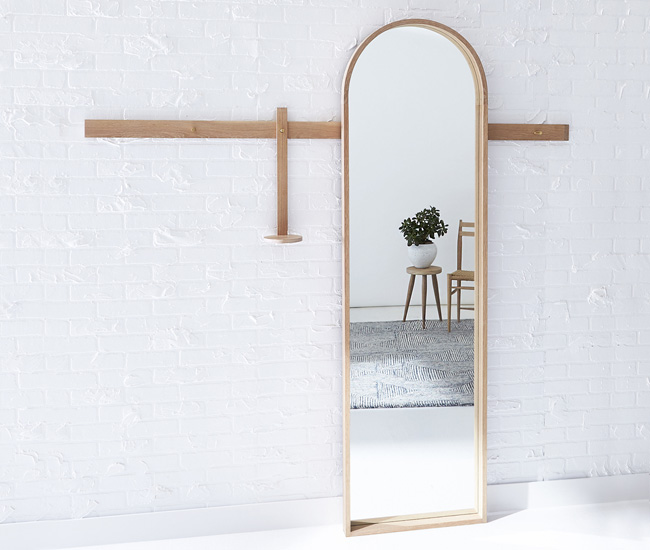 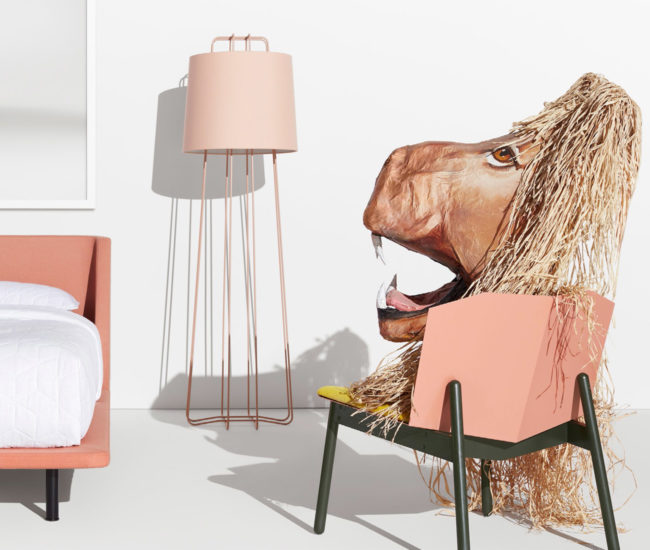 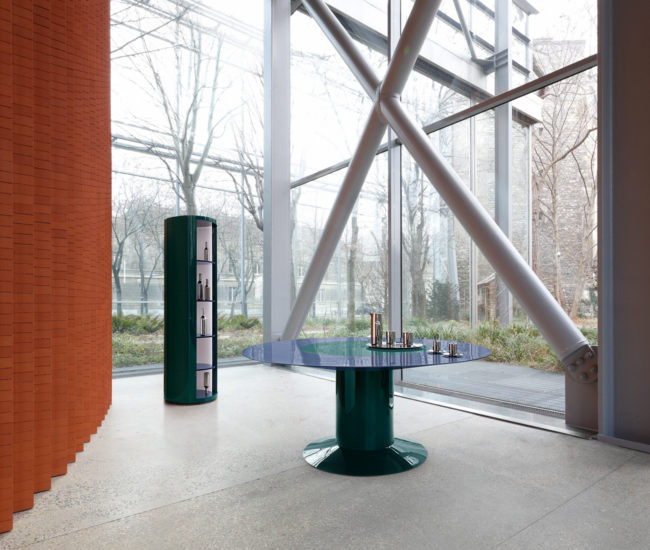