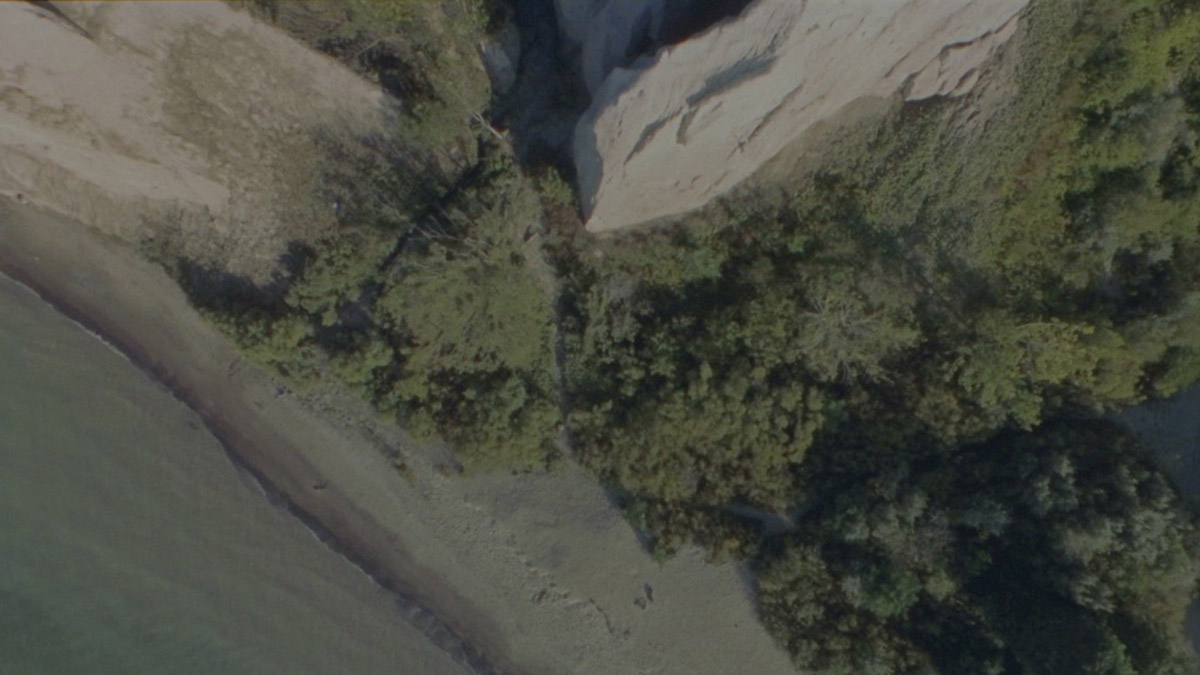 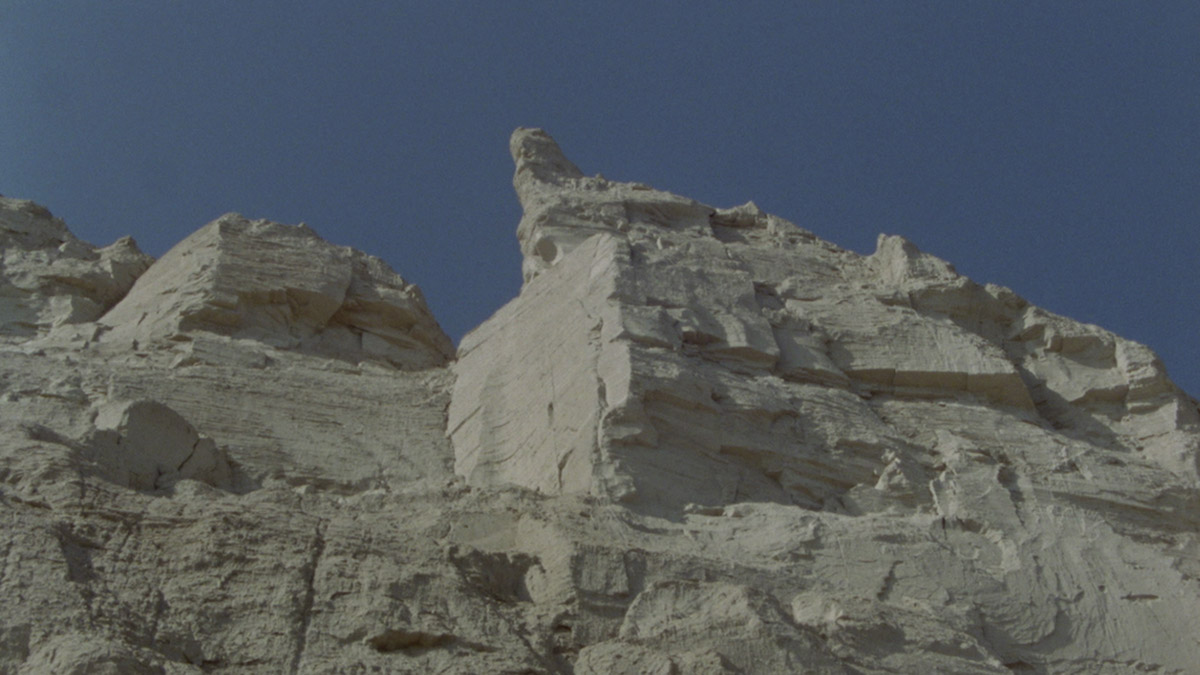 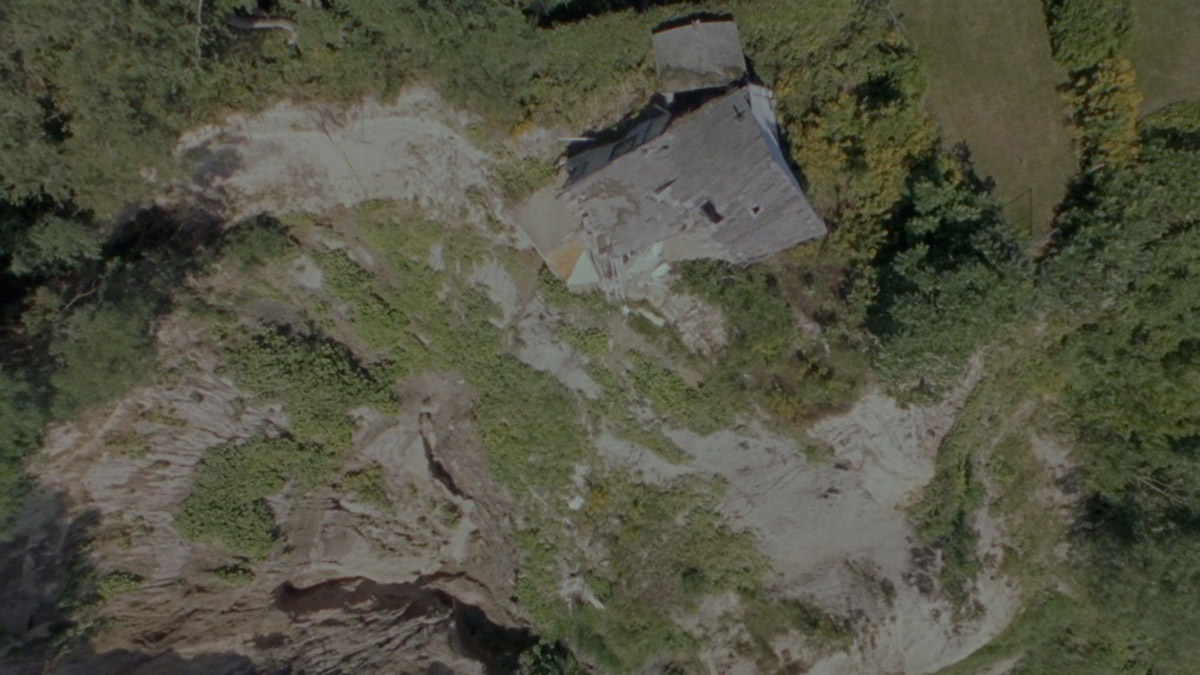 Dust Cycles, a film installation by Toronto filmmaker Eva Kolcze screening at Surface Tension (Jan 18 – Mar 3), a group exhibition launching during this year’s DesignTO festival, begins peacefully enough. Lapping water, glistening sand and wind-swept grasses caress the craggy base of the Scarborough Bluffs, one of the only geological records of the Last Ice Age on earth. Captured on 16mm film, these images resemble old family video; but there’s a sea change halfway through the film that shakes one’s nostalgia.

From one visual cycle to the next, the sun-bleached footage taken from the shore is replaced by dizzying aerial views of the cliffs. Kolcze then reveals a white house, likely built during a 1940s-housing boom, slowly sliding off an eroded precipice. Ripped open on one side, the dwelling’s dollhouse-like insides, including a bathtub squeezed into a small lavatory, are fully exposed to the elements. In only ten minutes, the film manages to convey the ancient majesty, and terrifying fragility, of a natural environment and community literally on the brink of collapse.