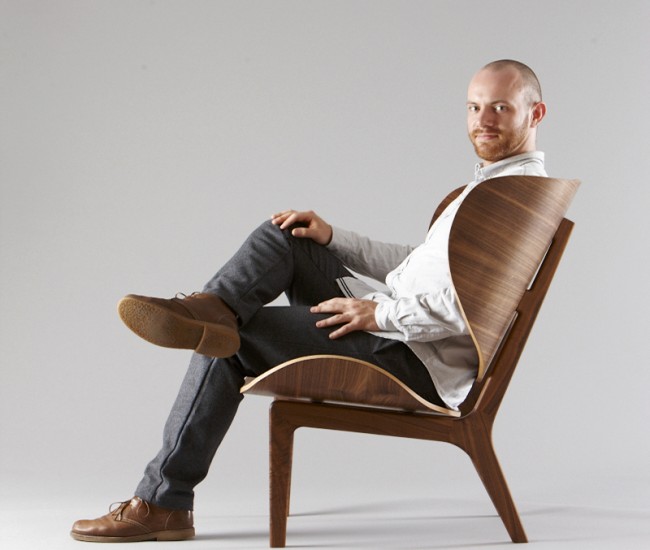 Furniture designer Chris Fieldhouse in his Finn Chair, made with a digitally cut solid walnut frame and multi-curve plywood seat 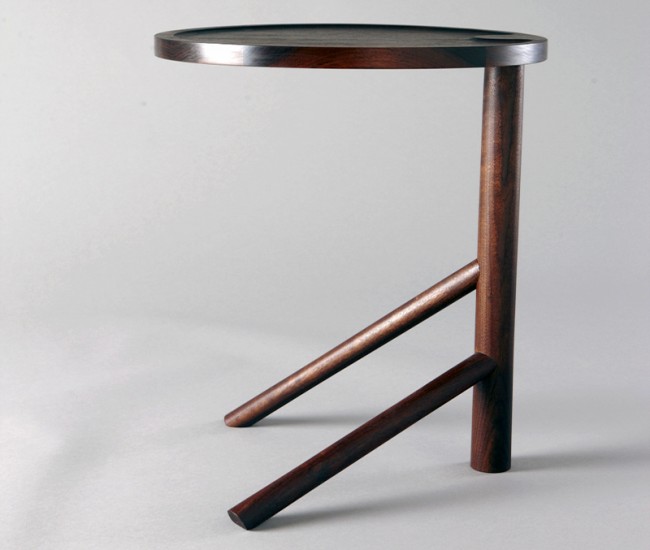 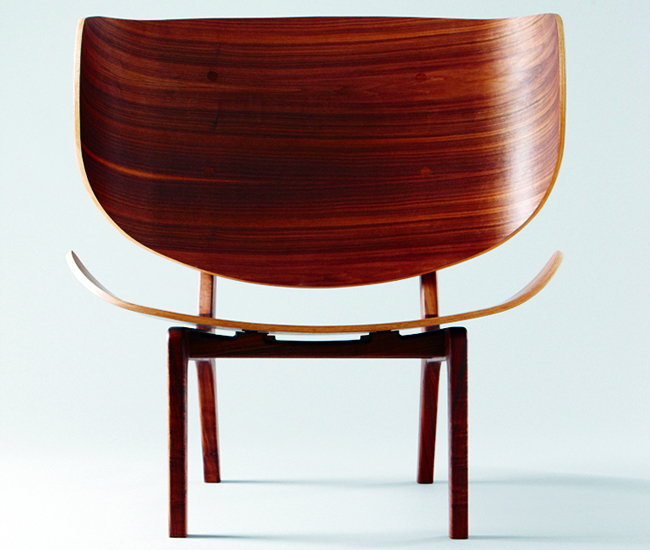 Major shifts are not foreign to Chris Fieldhouse. This past May, he moved into a shared workshop on Dufferin Street, and into an Annex apartment. He was buying machinery and unpacking both spaces – an all-at-once change, which is not new to him. As he was finishing a bachelor’s degree in international studies at York University in 2009, he landed an internship with the United Nations. He wanted to work abroad and to make positive change in the world. Once behind a desk in Indonesia, however, his future looked like a roll of red tape: “It was a rewarding experience, but it taught me how I would feel to have my hands tied up in the system.” Instead of pursuing a master’s degree as planned, he enrolled in Sheridan College’s Crafts and Design program, majoring in furniture.

Fieldhouse is fascinated by history and what designers have already produced: “With a world already full of stuff, we’d better have a good reason for making new things.” He picked up electrical, framing and finish carpentry skills by helping friends renovate and manage properties in Hamilton, near his hometown of Dundas, Ontario. At Bienenstock, a design/build firm specializing in natural playgrounds, he built and installed decks and slides, and directed community projects. He’s happiest working in a way that is as much hands-on and technical as it is design oriented and rooted in problem solving. “Basically, head plus hands,” he says. At Sheridan, he conquered the laser cutter and 3‑D printer – and put the analytical thinking he learned at York to good use.

Fieldhouse’s pieces are mostly hand hewn, but by cutting his furnishings digitally he hopes to produce small batches affordably. His vaguely Eamesian chair – a modern wingback of generous proportions – features vacuum-formed layers of multi-curve plywood and an oil-based veneer, applied with a rag. His pegboard coat rack – which he created by researching Shaker style and CNC-cutting the bare-bones piece – takes its inspiration from mid-century master Borge Mogensen, who distilled furniture design to its most elemental level. Still a prototype, Fieldhouse’s rack includes a mirror, key hooks and a letter tray. Ultimately, he wants to make a complete system for living, with small tables and stools that hang up and fold down – a modular piece, built to withstand life’s many changes.