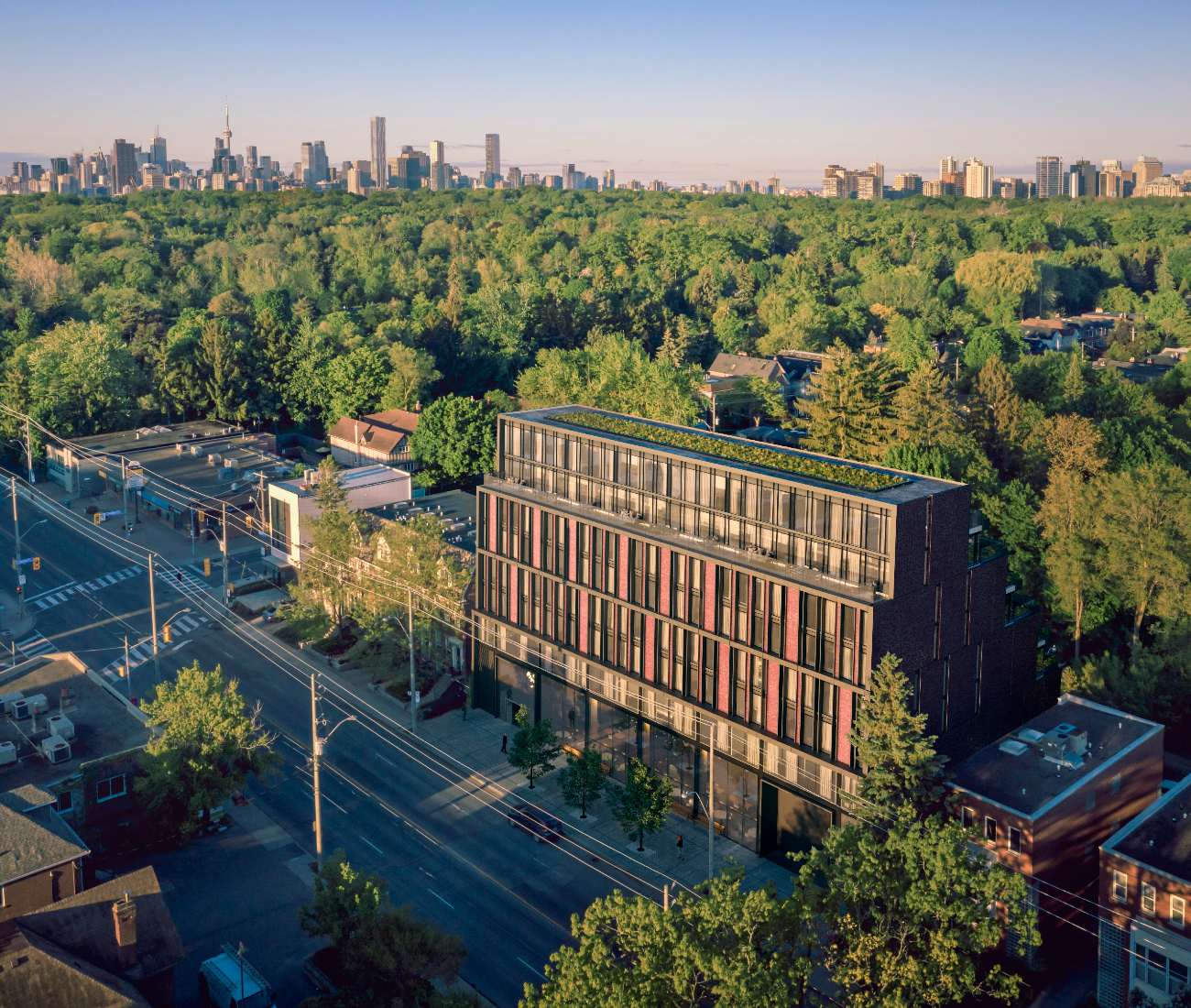 The developer’s mid-rise condo buildings, like 1414 Bayview, don’t upend communities – they add to them

By Designlines in partnership with Gairloch

When Bill Gairdner, founder of Gairloch Developments, was searching for a new home for his young family, he looked to Roncesvalles. With parks, transit, restaurants and retail all within walking distance, it was (and still is) a perfect neighbourhood for downtowners looking for new, next-to-downtown homes. It’s no coincidence that it’s also where Gairloch developed its first building, the award-winning 383 Sorauren. The area had passed Gairdner’s most important test: it was a neighbourhood he could see himself living in. 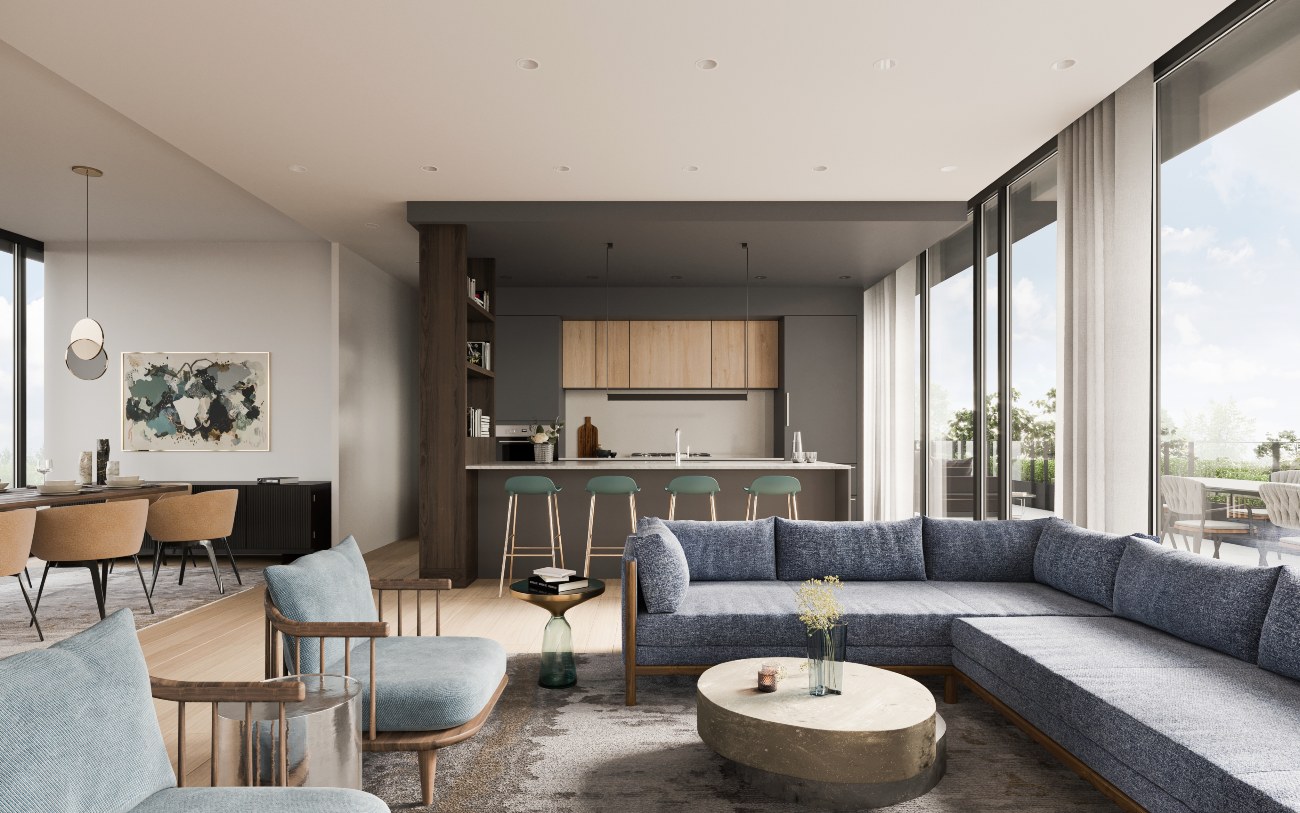 Gairdner has always been guided by the question: would I live here? It’s why 383 Sorauren, completed in 2017, as well as Gairloch’s ongoing and up-and-coming projects are all design-forward mid-rises that are neatly woven into bustling, vibrant neighbourhoods. It’s why they collaborated with award-winning architects and designers, like Peter Clewes of architectsAlliance and Commute Design, for their recently launched project, Junction Point. Gairloch develops “fabric” buildings that integrate into and support the urban landscape rather than dominate it. The goal is to build homes and communities, not portfolios. 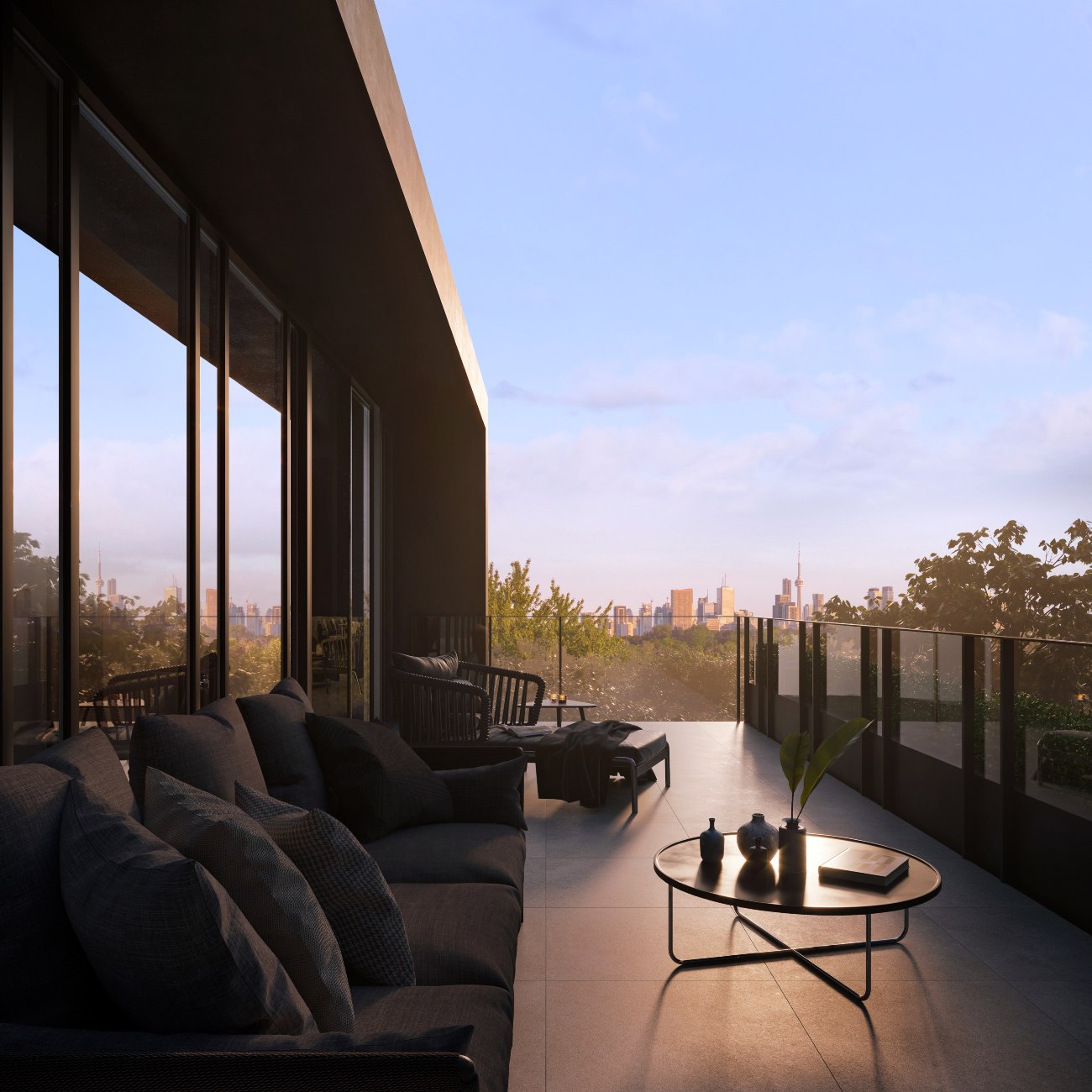 Case in point, Gairloch’s new development, 1414 Bayview. Gairloch brought in Sixteen Degree Studio, a local firm that has handled several projects in the neighbourhood, to design the suites. Miele appliances and Kohler fixtures, amongst other luxury details, all come standard, and with plenty of 2- and 3-bedroom units, the average floor plan tops 90 square metres – well above the Toronto average. The idea, Gairdner says, was to give downsizers a sense of both familiar comfort and modern style. “We wanted the best of both worlds,” says Gairdner, “an uncompromising lifestyle.” 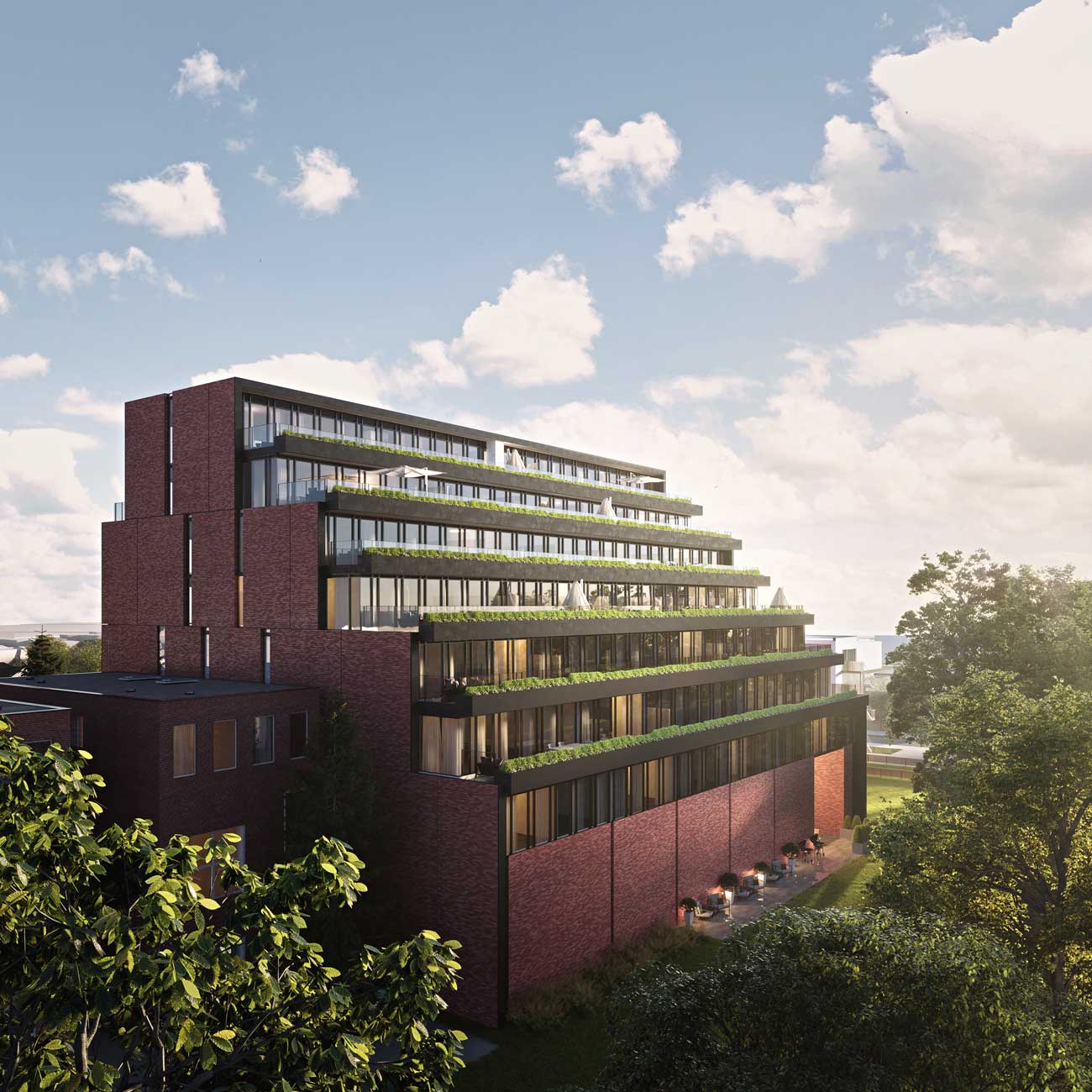 The attention to detail translates to 1414’s exterior, as well. Designed by Clewes, its red brick cladding is instantly familiar, while narrow windows on the facade reference Toronto’s Victorian homes. Greenery-lined terraces cascade down its rear, providing generous outdoor spaces that still offer a sense of shelter – tacked-on balconies these are not. And like the kitchens, they’re even equipped with gas. 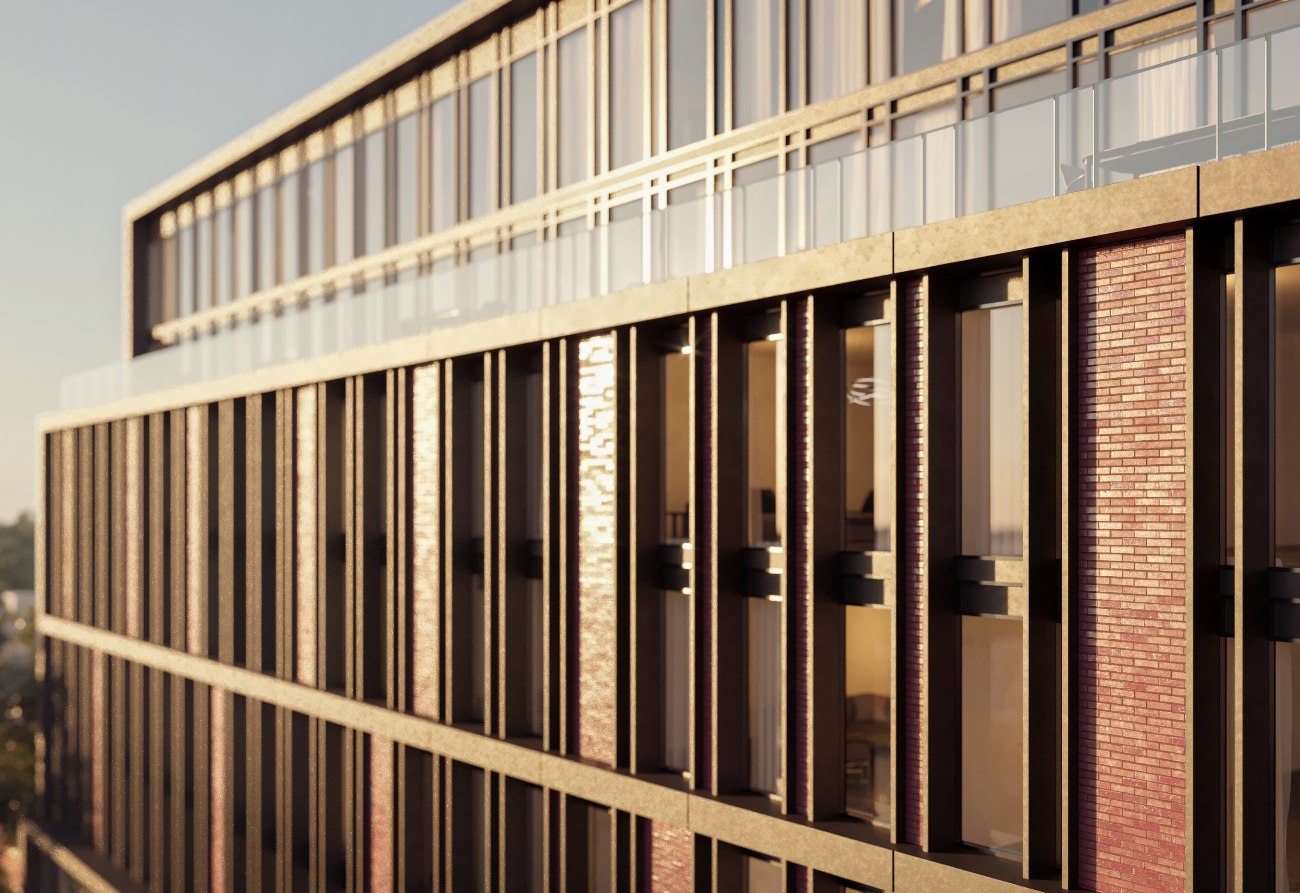 There’s no one style for Gairloch Developments, just like there’s no one neighbourhood in Toronto. Instead, there are principles. Great design, materiality and quality all come to the fore, as does a collaborative approach to building that involves not only expert architects and interior design firms, but local residents as well. “We’re not trying to be the biggest builder in the country, or even the city for that matter,” says Gairdner. “We just want to execute properly on the right opportunity.”

Most importantly, 1414 Bayview, like all of Gairloch’s developments, passes its founder’s crucial test: he’d be happy to live there.