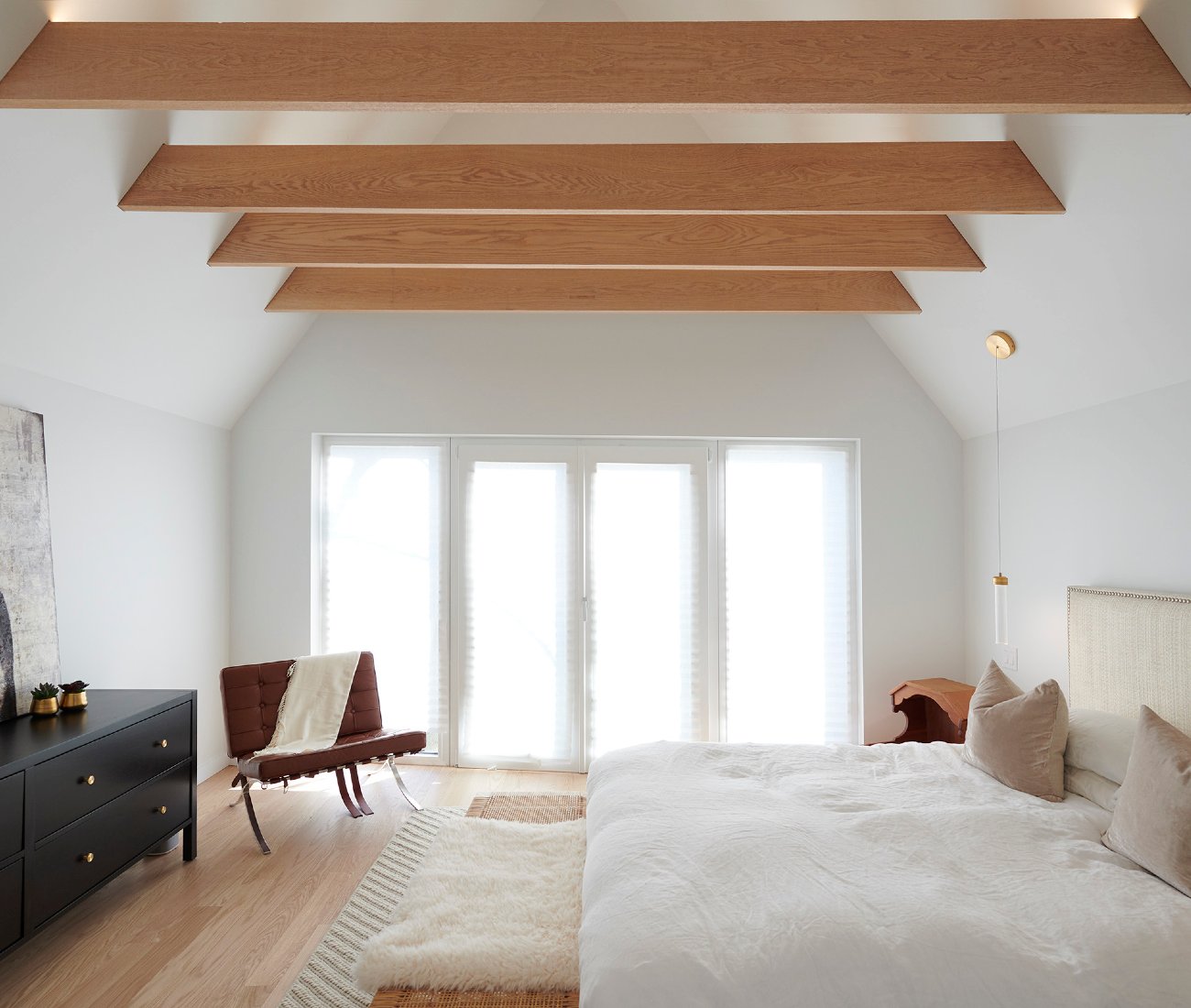 With a truncated lot, a local architect found a creative way to accommodate his growing family

The peaked gable and narrow footprint of Craig Race’s home resembles Leslieville’s Edwardians and bay-and-gables, but linger on it and the differences are clear: one of the sidewalls flares out, making for a slight asymmetry; there’s no roof overhang; the facade is clad top to bottom in cedar shingles and, in a radical departure from most homes, it curves outward from one corner.

Race, the principal of Craig Race Architecture, designed his home to be recognizable, but different, like a remix of Toronto’s characteristic residential architecture. The unusual facade, which is made possible by load-bearing sidewalls and a well-placed steel beam, is no empty affectation – it’s a key component to the home’s design. “Everything revolves around the facade,” says Race.

On its face – pun intended – it reconciles the neighbouring setbacks, and next to their clean brick and charcoal grey exteriors, the cedar shingles will age gracefully and develop a matte grey patina. With its familiar silhouette, the home is a modern adjustment in step with the neighbourhood’s character, not a contemporary attack on it.

Behind it, the unorthodox facade enabled Race to add critical square meterage inside. By cantilevering outward, he created enough space on the second storey to comfortably accommodate three bedrooms while making room for a basement rental as well, all despite the limited footprint.

All told, Race squeezed nearly 170 square metres out of his infill, which is accentuated by white walls and material-driven decor. To wit, a broad, blonde hardwood island topped with white marble anchors the kitchen, underneath which are tucked a pair of clear acrylic barstools – a material used again for the living room coffee table. Upstairs, a deftly placed skylight brightens up the main corridor. The corner curve, so prominent on the face, is understated from the inside.

At the rear of the house, large windows on the south-facing back wall let in plenty of sun during the winter, while a leafy tree provides shade in the summer, passively heating and cooling the home with the seasons. About $1,500 worth of tape effectively makes the building envelope into a “plywood balloon” that’s energy efficient – Race estimates the home’s airtightness saves about 40 per cent on his heating bill – and comfortable. “We can sit beside our windows in the middle of winter, and feel warm,” says Race. “We don’t have drafts in our house.”

Thanks to Race, similar houses may pop up across the city. His is both a family home and case study for prospective clients, a way of showing off the benefits of clever, sustainable design. Don’t worry if they don’t jump out at you, though – Race has a way of designing to blend in, so it might take a second look.