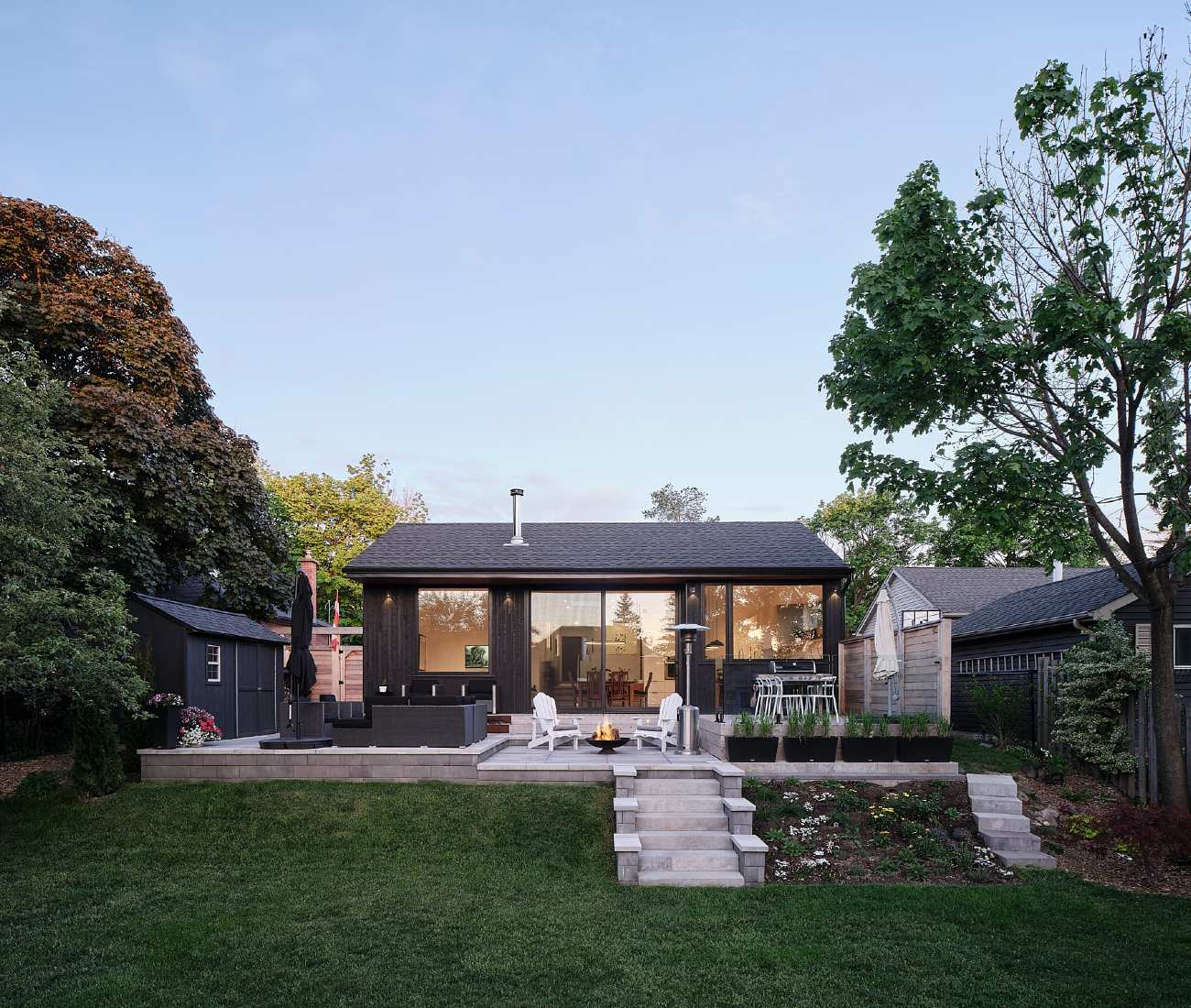 The rear of the home, fitted with Strassburger windows, has generous views of the lot. 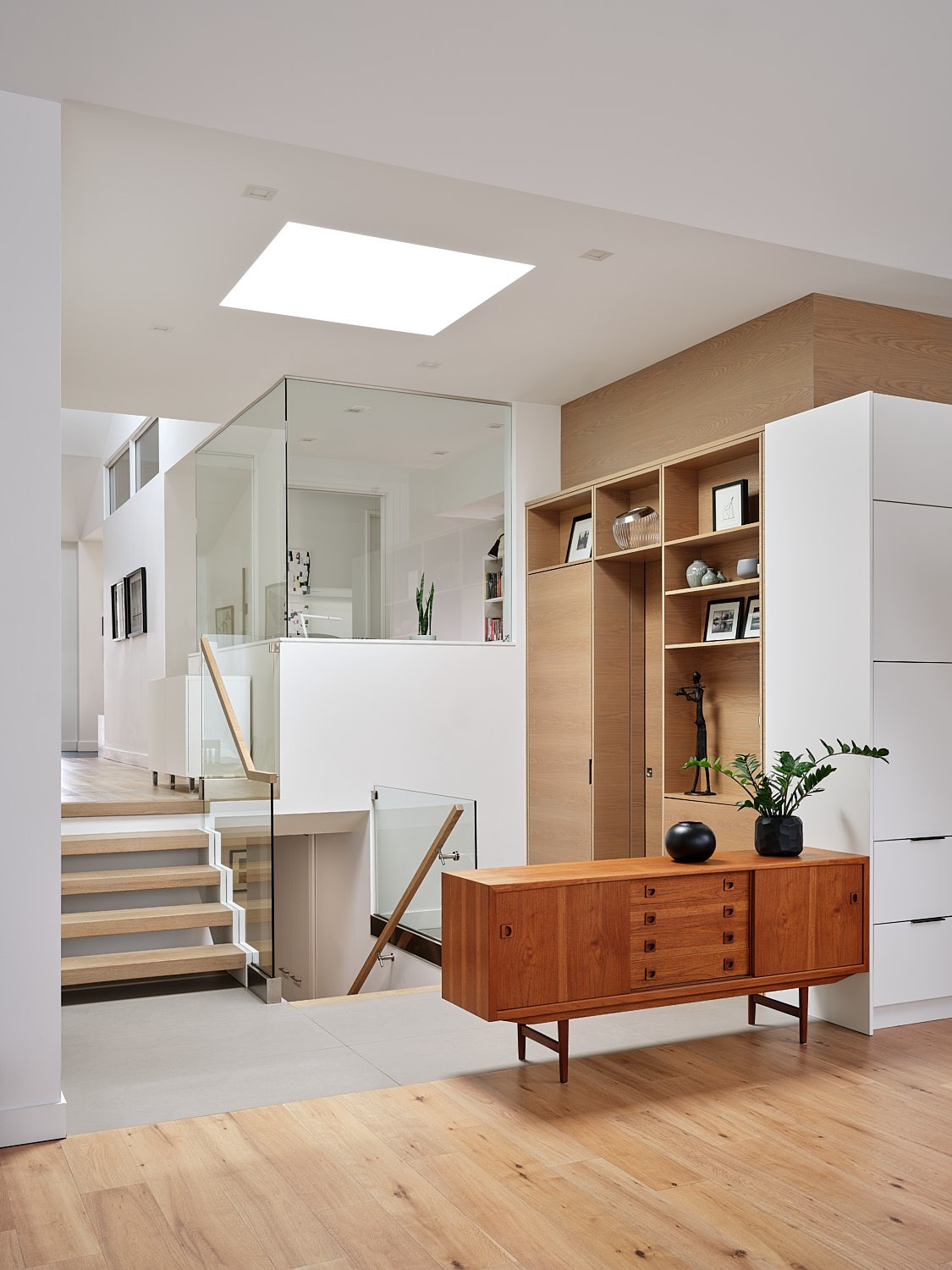 In addition to storage space, the millwork conceals the door to the powder room. 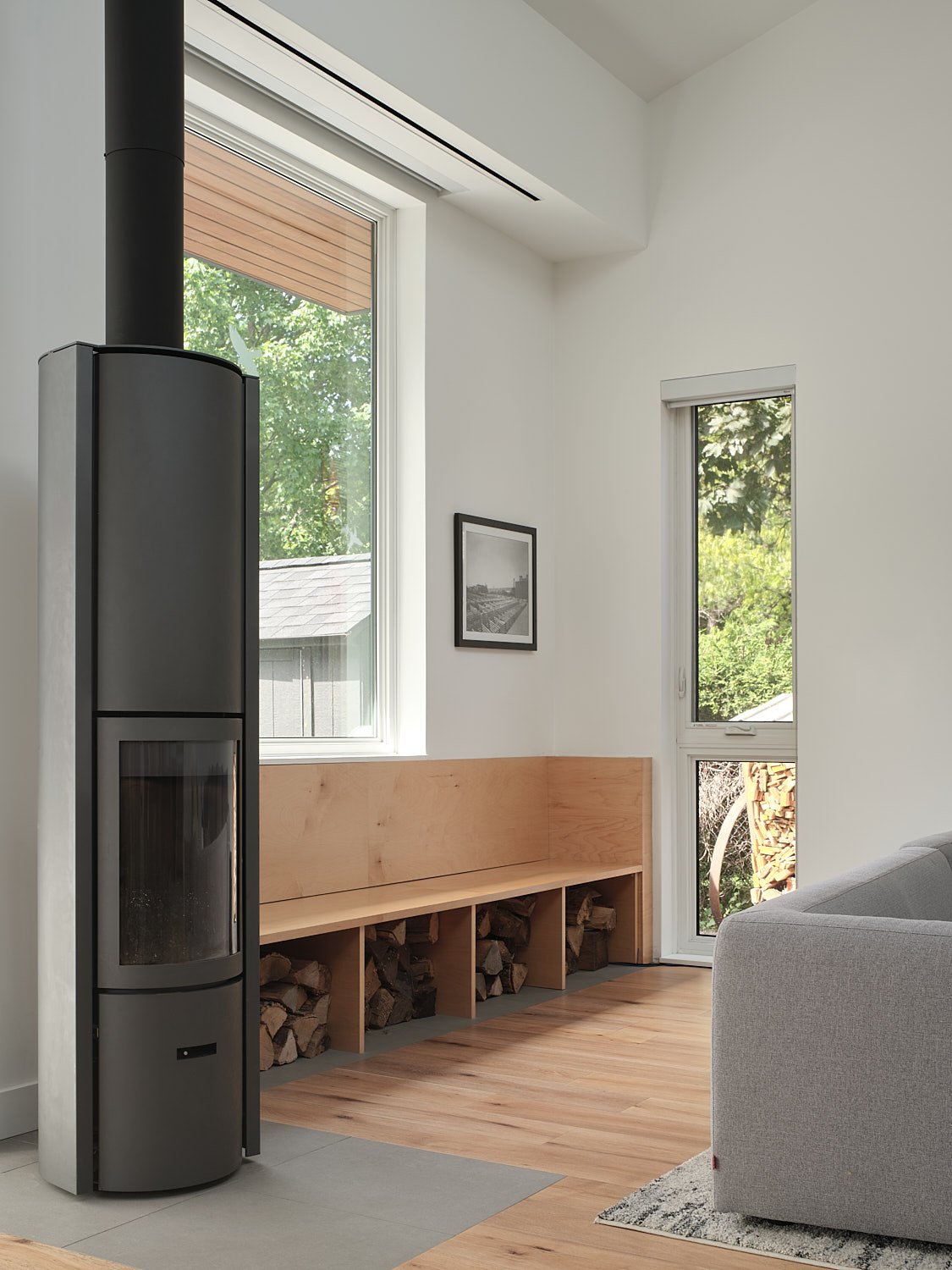 Come winter, the woodstove, by Stûv, will be a welcome feature. 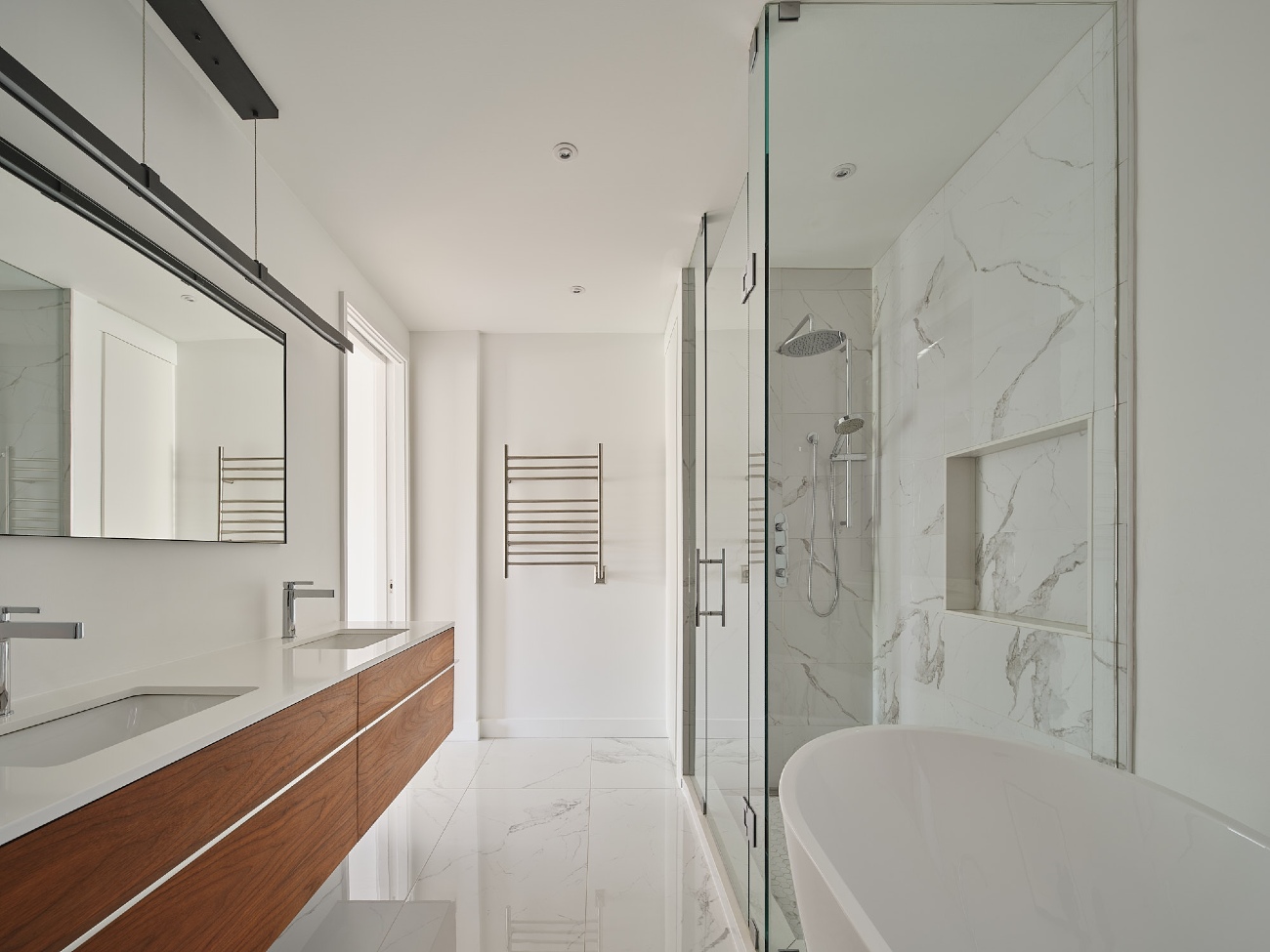 In Streetsville, a low-slung suburb in northwest Mississauga, Six Four Five A’s Oliver Dang swapped one classic typology for another

Streetsville, a neighbourhood in the northwest corner of Mississauga, isn’t quite trapped in amber, but it’s close to it. Home to two of the country’s first postwar suburbs, Vista Heights and Riverview, it’s largely maintained its sleepy, low-slung character through the years. When Oliver Dang, principal of Six Four Five A, was approached to renovate a home, his client, a couple with two young daughters and a two-bedroom bungalow in need of some space, didn’t want that to change.

But still, their home was a bit cramped, and it would only become more so as the kids got older. A second storey was a non-starter – not only would it disrupt the streetscape, but they were thinking long-term, too. This would be a home to both raise a family and retire in, and tall flights of stairs aren’t exactly conducive to aging in place. They wanted to stay where they were, and they wanted to preserve their neighbourhood.

And to see the home now, you might think the renovation only extended only to refreshing the facade. But while the face of the home remains an unassuming – if cleaned up – thread of the suburban fabric, the interior has been wholly revamped. What was once a bungalow with a basement was effectively transformed into a Scandinavian-inflected split-level, a neat swap of one postwar suburban typology for another.

The focal point of the reno is the rear addition, which at 93 square metres nearly doubled the area of the home and drove design decisions throughout. It now contains the kitchen, dining and living space beneath a soaring 4.5-metre-tall vaulted ceiling that, thanks to a grand total of six skylights angled to maximize exposure, enjoys the full day’s spectrum of natural light. “You’re getting light in the morning, afternoon and evening,” says Dang. “It really just transforms and plays with the space.” Despite its scale, the addition is largely hidden from view, too. Thanks to the lot’s gentle downward slope, it sits just below the height of the original home.

With the communal spaces relocated to the rear of the home, Dang rearranged the layout of the original structure, adding a much-needed third bedroom while building out the ensuite and adding an office space enclosed in glass. Suitable for schoolwork or, more recently, working from home, it enables anyone to work or study while still having a balance of contact and privacy with the rest of the family, whether that’s right now, are far off into the future. SIXFOURFIVEA.COM