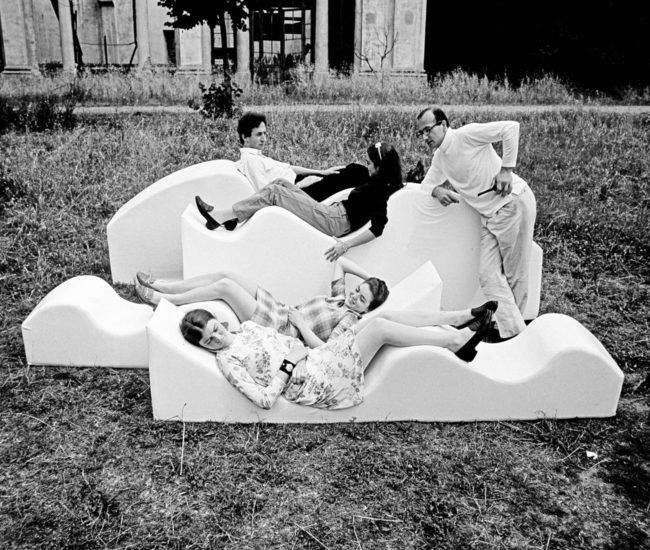 A sweeping exhibition celebrates the bombast, colour and materials of the Italian Radical Design movement

They were among the foremost design disruptors of their day, a group of young Italians whose idealism and rejection of aesthetic norms manifested themselves through an embrace of bold colours, synthetic materials and playful yet subversive symbolism.

In the mid-1960s to mid-1970s, the Italian Radical Design movement sweeping Italy served as an explosive (yet considerably more positive) response to the political and social malaise that was also inspiring bombings and terrorism, both there and elsewhere in the West. Groundbreaking at the time, the ideas it generated continue to influence artists and designers, as a new exhibition in Canada’s largest city suggests. 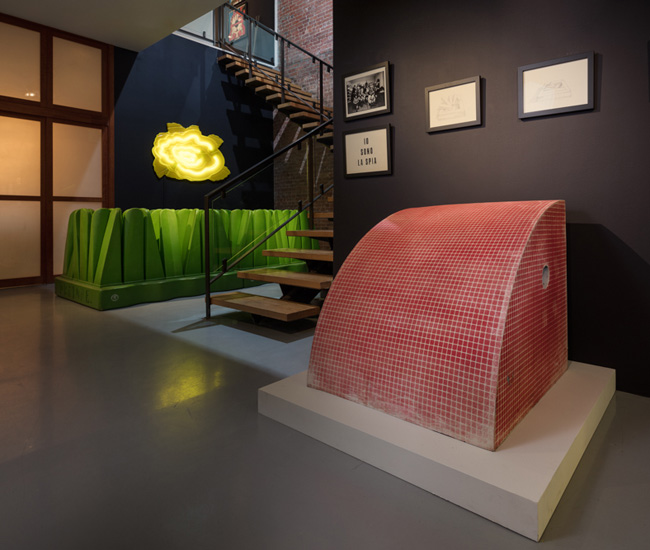 More than a decade in the making, SuperDesign: Italian Radical Design 1965-1975 opens on March 1 at the Italian Institute of Culture in Toronto. Curated by Maria Cristina Didero, a design expert and freelance journalist based in Milan, the exhibition features both iconic design objects and rare ephemera produced during the period. 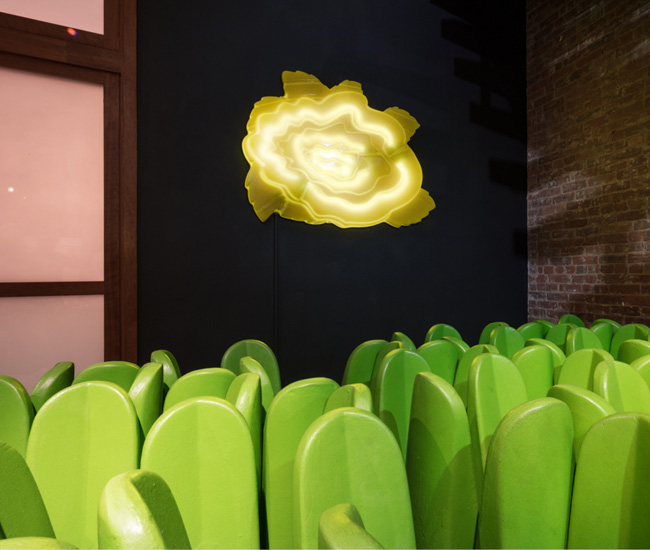 Among the design masterpieces on display are the vibrant Pratone “lawn” chair designed by Pietro Derossi, Giorgio Ceretti and Riccardo Rosso in 1966 (composed of giant blades of synthetic grass, it was released by Gufram in 1971); Lapo Binazzi’s oversized Formaggio cheese-wedge sofa (created for UFO in 1969); and Studio 65’s witty Capitello side chair (shaped like an Ionic capital) from 1972. 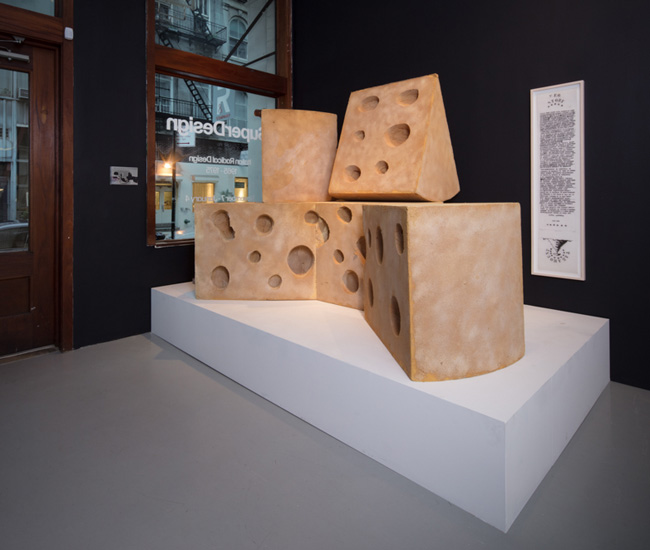 Made of polyurethane (a new material at the time) and intentionally bizarre, the furnishings were intended to send shockwaves through bourgeois households of the era, inflaming and amusing in equal measure.

The exhibition, produced by the IIC in collaboration with the Consulate General of Italy, the Design Exchange, Muse Factory of Projects and R & Company, also includes rare photographs of the cinematic interior spaces – private homes, restaurants and nightclubs among them – created by the Radicals. 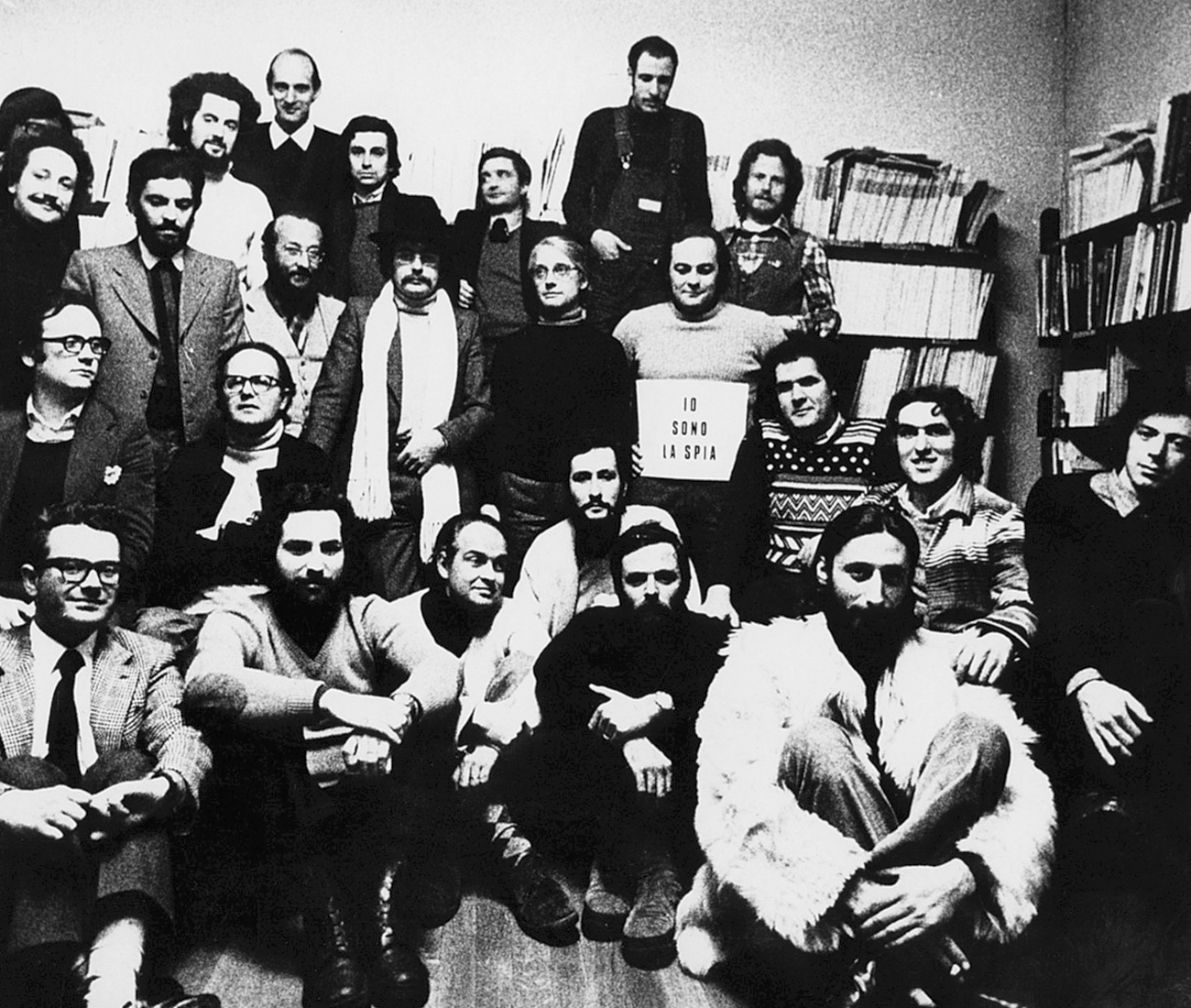 Raggi, an architect, editor and teacher who organized the first exhibition of Radical Design in Berlin in 1973, will be on hand in Toronto, where he’ll speak with Didero and curator/filmmaker Francesca Molteni on the influences of the movement on contemporary design.

Just before that panel, a 67-minute film by Didero and Molteni, called SuperDesign, will also be shown. Focusing on 19 leaders of the movement, it retraces its history and heritage through the subjects’ words and stories. See the trailer above.

Both the film and the panel take place at the Design Exchange on Wednesday February 28, starting at 6:00 p.m.

Design Exchange is located at 234 Bay Street in Toronto. SuperDesign runs at the Italian Institute of Culture (496 Huron Street) until May 2. Enjoyed Radical Italian Design? Then read up on other design events happening in the city here.