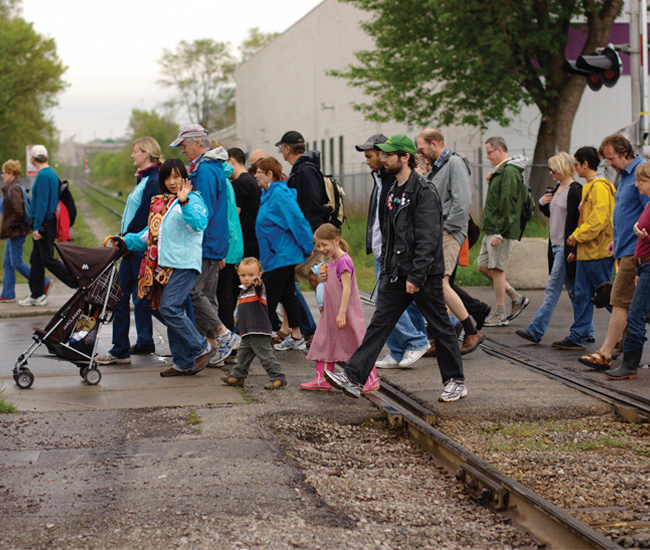 Walk a kilometre in someone else’s shoes. Created in honour of urban activist Jane Jacobs, Jane’s Walk invites locals to share stories and insights during walking tours held throughout Toronto and over 100 other cities around the world each spring. Attending one of the fun, informative treks is the perfect way to explore a new neighbourhood – or a great chance to see a familiar area from a fresh perspective.

This year’s range of topics is extensive. Brush up on Fort York’s history, get to know downtown’s green roofs, or discover public art by celebrated sculptors. Many tours reflect Toronto’s ongoing building boom, touching on the fate of old buildings, the city’s aging infrastructure, and the conversion of once-industrial areas into art and design districts.

Below, we pick five tours that examine an urban landscape in flux. 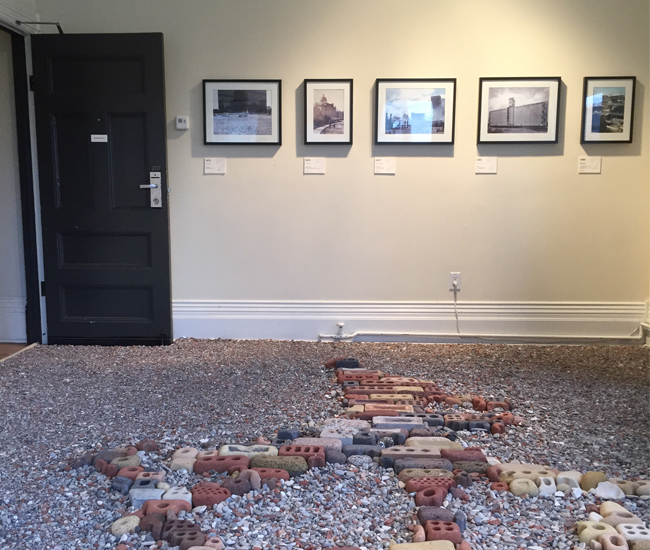 1 A New Archaeology for the Leslie Street Spit
May 3, 2015 at 12:00 pm | 3 hours
Building a subway tunnel requires digging up a lot of dirt. Enough, it turns out, to create an entire peninsula. Case in point: the Leslie Street Spit, formed in the 1960s using fill excavated during major construction projects like the TTC’s University subway line dig. Later, the land mass was extended with rubble from buildings demolished to make way for modern-day icons like New City Hall. Landscape architect Ben Watt-Meyer traces the Spit back to its origins, pointing out tumbled bricks and other materials that were once part of structures like the Beaux-Arts Registry Building. A follow-up to his thoughtful installation at last weekend’s Grow Op (shown above), the tour looks at how construction reshapes the city in unexpected ways. 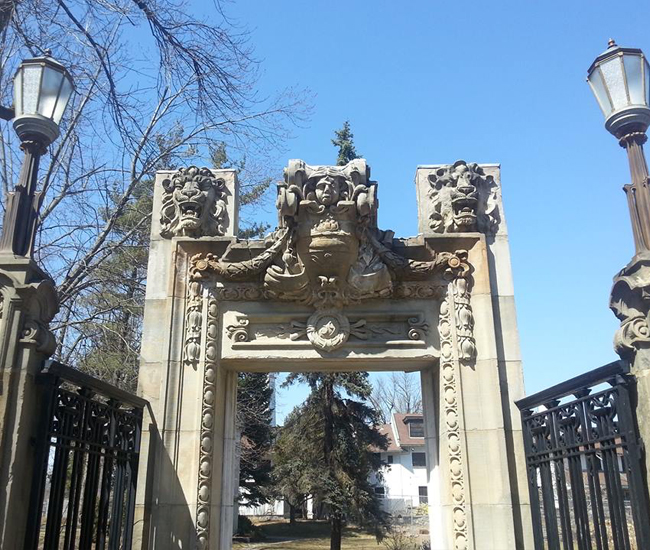 2 A Walk Through Historic Guild Park
May 3 at 1:00 pm | 1.5 hours
Marvel at the remnants of more than 50 historic buildings in this east-end green space, which functions something like an outdoor museum of architecture. The park’s outdoor stage was designed by architect Ron Thom (of Massey College fame) using marble arches that were originally part of the Bank of Toronto building. In the 1930s, Guild Park was also home to Canada’s lone Great Depression-era artist’s colony. The park reflects this history with numerous sculptures by artists like modernist Sorel Etrog. This tour is led by Guild Park expert John Mason, president of a volunteer group dedicated to revitalizing the Scarborough destination.

3 All the Libraries Toronto – well, some of them
May 2, 2015 at 11:00 am; May 3 at 10:30 am | 2 hours
Last year, urban geographer Daniel Rotsztain turned his attention to the city’s library system, visiting and sketching all 99 branches. His illustrations reveal the different architectural styles in vogue over the years. Yorkville Branch, for example, is a classic turn-of-the-century civic structure with a columned portico, while the recently-renovated Toronto Reference Library nearby reflects more contemporary tastes with its jutting glass cube addition. The library’s role has undergone similarly dramatic changes in recent years. Once mere book repositories, TPL branches are now cutting-edge social spaces where the community can engage with technologies like 3D printing. During this tour, Rotsztain shares his perspective on the evolution of the city’s library system.

4 Gardiner Expressway: To Be or Not to Be?
May 2, 2015 at 1:00 pm | 1.5 hours
City council will vote in June on what to do with a crumbling eastern stretch of the elevated Gardiner Expressway. Some – especially those living in the dozens of Gardiner-adjacent condos built in recent years – would love to see it torn down, while others are dreaming about a High Line-like park space conversion. Motorists, meanwhile, are concerned about how the loss of the roadway could slow down their commutes. This walk, which includes visits to Sherbourne Common park and other new developments near the Gardiner, weighs these opinions and ponders what will become of the aging expressway. Among the voices who will be sharing their thoughts: Jaye Robinson, chair of the Public Works & Infrastructure Committee; Quadrangle Architects principal Les Klein; and Waterfront Toronto communications director Andrew Hilton. 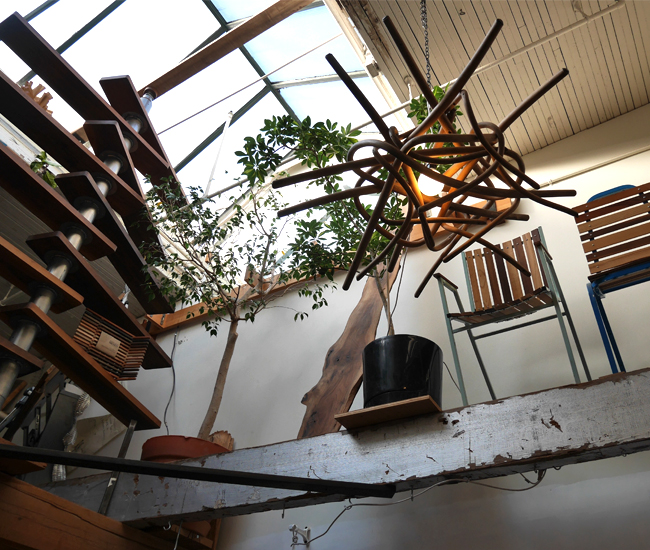 5 Intriguing, Industrial Sterling Road
May 1, 2015 at 6:00 pm; May 3, 2015 at 1:00 pm
As noted in our recent west end neighbourhood guide, Sterling Road is one of the city’s top underground design destinations. Several Toronto designers – including woodworkers Heidi Earnshaw, the Brothers Dressler and Stephen Lindsay of Urbanproduct – are based out of studios in old industrial buildings located off of this Junction Triangle stretch. Their unconventional neighbours include both axe-throwing and circus-training facilities. Led by Toronto history buff Catto Houghton, this walk will include a discussion of Sterling Road’s evolution, as well as a peek inside a few neighbourhood studios.