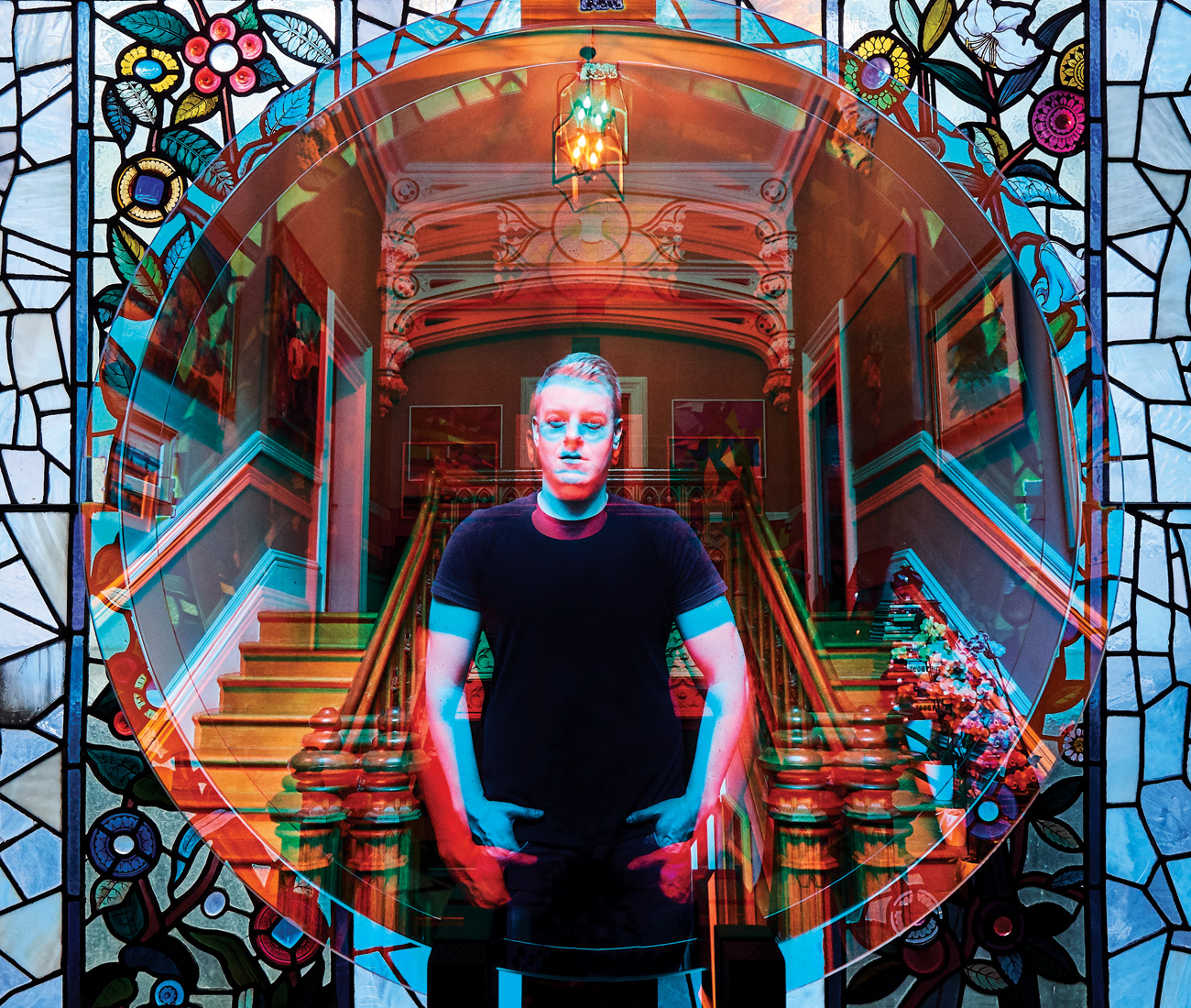 When Jordan Söderberg Mills set out to create an Instagram filter you could hold in the palm of your hand, he turned to glass prisms and physical optics over HTML5. His miniature cubes are completely analogue and can be rested on an iPhone camera to create a techni-colour periscope. The same old-school technology powers Söderberg Mills’ Anaglyph mirrors – hybrid art and design pieces making the rounds at galleries and design shows across the globe.

During an eight-year stint in South America, including a year-long blacksmithing apprenticeship in Chile, Mills became fascinated by light and shadow effects at sites like Stonehenge and Jantar Mantar. It wasn’t until pursuing a design masters at Central Saint Martins in London that he had an “aha” moment: never mind the stones –focus on the light itself.

He soon realized the study of light inevitably becomes the study of colour, likening their relationship to a musical chord. “Each colour is a key. Played in unison, they create white light. I became interested in lifting fingers off that chord to play different notes – or colours.” 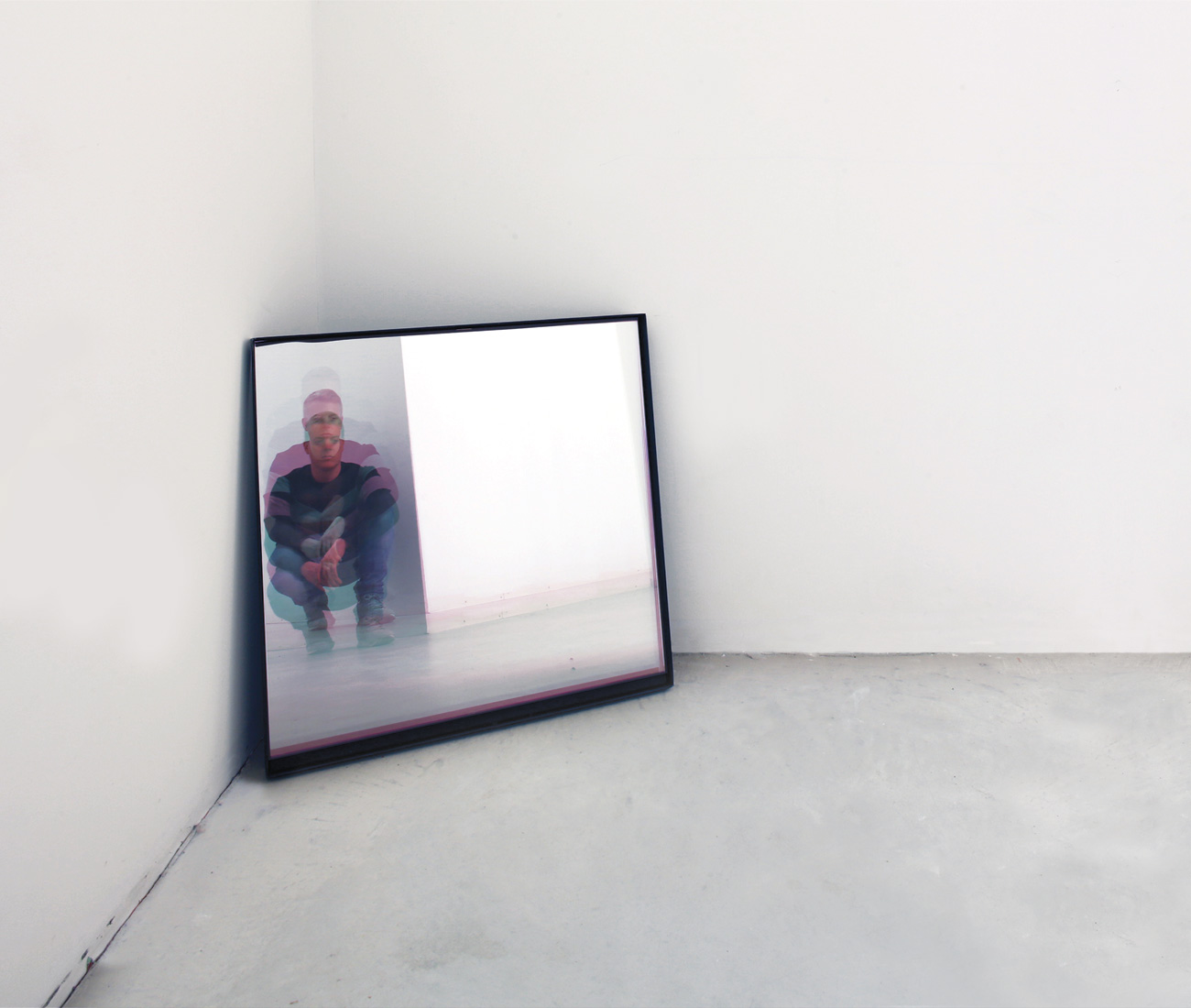 Inspired by the unseen worlds at the very ends of human perception, the mirrors are the product of the interdisciplinary artist’s experiments refracting light in unique ways. He has worked closely with glass factories to source scientific materials that break light apart – for example, the material used to make the windshield of the NASA space shuttle, which reflects ultra-violet radiation. He discovered that something like a layer of titanium, made up of millions of tiny light-refracting prisms, allows green light to pass through glass but bounces pink back. Adding layers, acrylic tubing, and a little mirror-play created more dynamic effects. 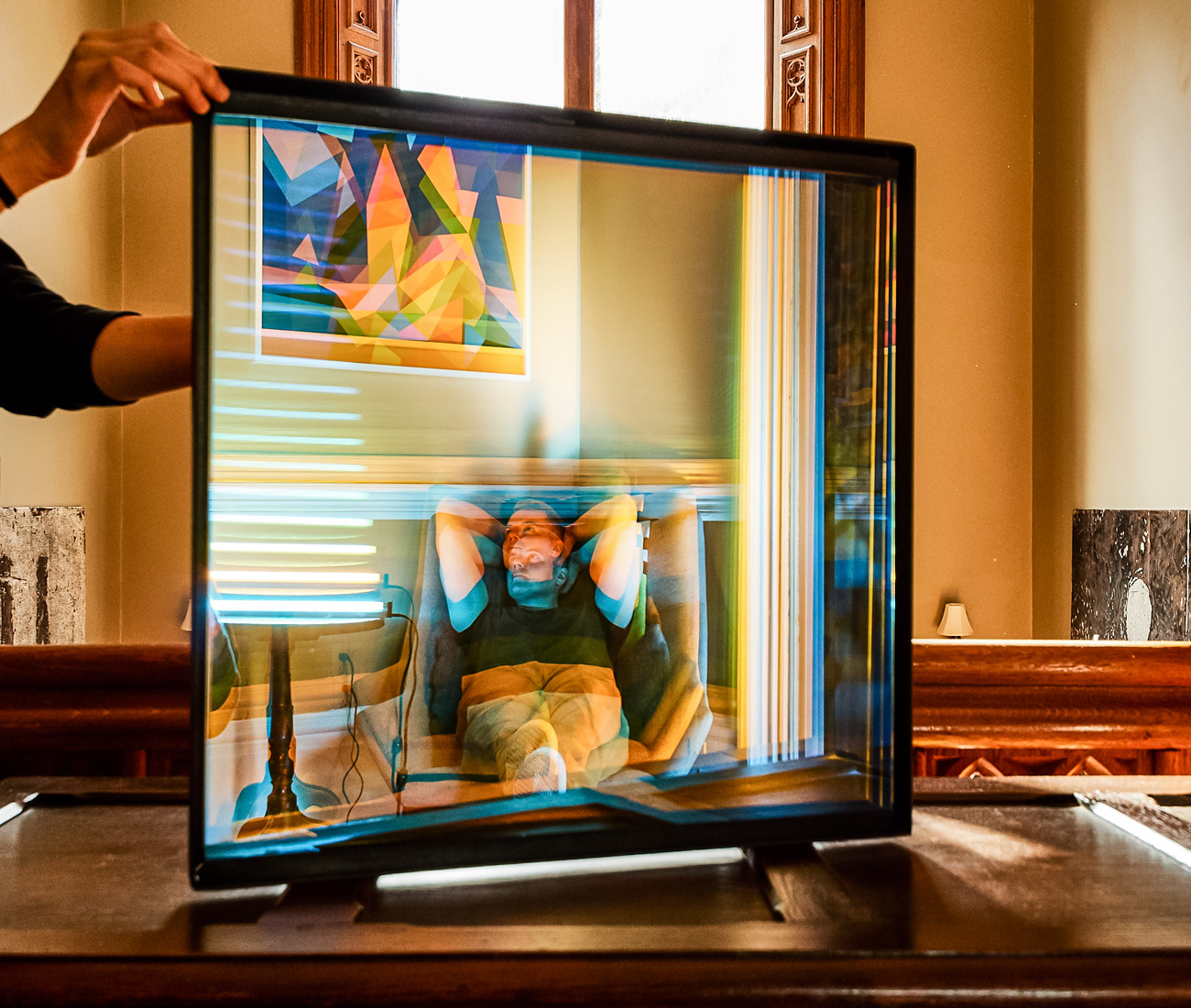 In 2015, he tagged Frame magazine in an Instagram post of his thesis project and a week later they called him for an interview. His work was featured in three more issues and showed at their “What’s the Matter” exhibition in Milan the following year. Initially, Söderberg Mills was attracted to vertical stacking, but the works evolved from towers on the floor to wall pieces, and the mirror became the defining element. Then came coverage in Wallpaper, the London Design Festival, a short film series starring Emily Haines, and a collaboration with Adidas in their Boston concept space. He is currently working on a permanent installation in Dubai and a furniture line with Brazil’s Glass Onze. 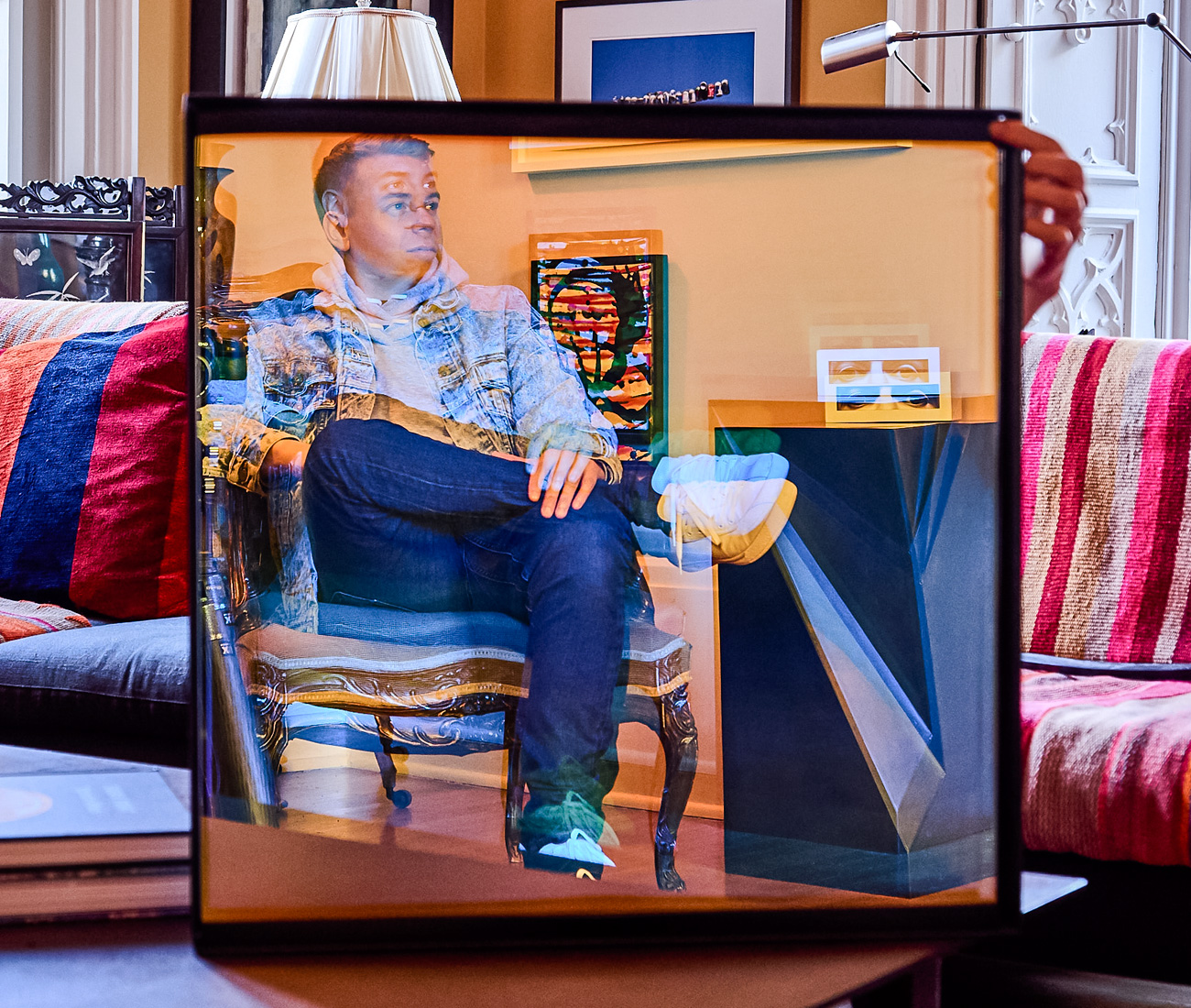 Like seeing into another dimension, the mirrors embody physics models often divorced from tactile understanding. “Our perception only allows us to see a very narrow margin of what’s actually out there. How can I make you feel like there’s a multiverse? Maybe by dividing light into certain planes and creating infinity mirrors. I want to make you see something unseen.”