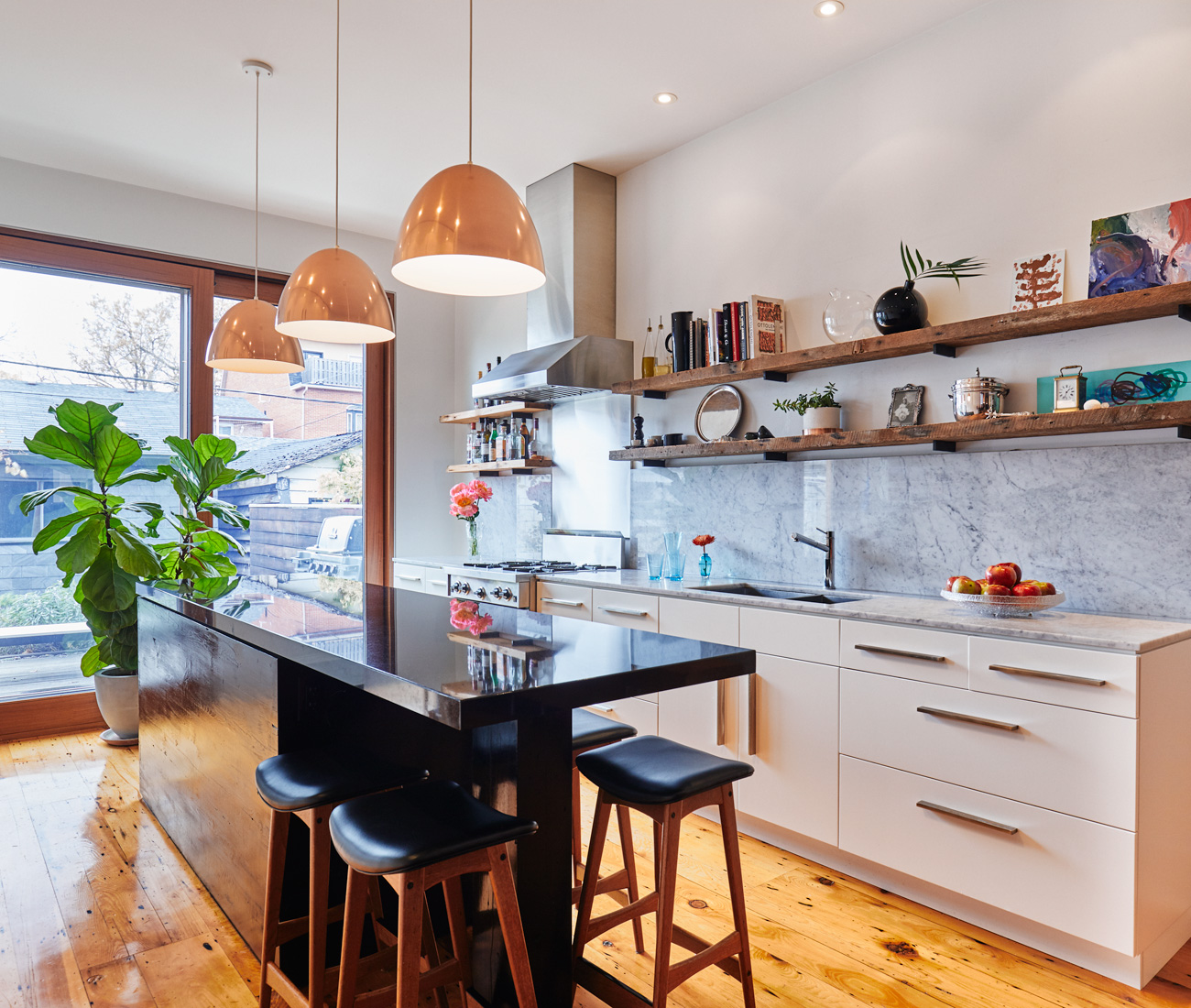 Architect, artist and designer Joy Charbonneau knows exactly when she started renovating her house in Trinity Bellwoods. It was the fall of 2009, just after she bought the two-storey, 161-square-metre place with furniture designer and maker Derek McLeod. Almost 10 years later, an end date is harder to pin down. “I prefer to say it’s been slowly getting more comfortable since 2009,” says Charbonneau, who lives in the house with their son Otis.

The long, somewhat interminable timeline is partly because there was an incredibly long to-do list – which was no surprise. The duo bought the property knowing it would be a challenge. They loved some of the home’s features, including the nearly four-metre-high ceilings in the original 1880 structure and the turned-wood railing wrapping up the staircase. Yet they wanted to update the worn interiors and replace a series of hastily done, low-ceilinged rear additions. “An engineer friend told me the structure wasn’t sound enough to put a collection of books upstairs,” she says.

So, with a complete gut inevitable, Charbonneau (who then worked at KPMB Architects, but is now with Gensler) came up with a design, and McLeod (a detail-obsessive whose furniture is minimal yet rich) focused on the construction, interior fit-out and custom details. To save money, they did just about everything themselves, by hand, relying on the help of their wide circle of friends. Charbonneau, for instance, roped in some KPMB colleagues to raise the exterior sheer walls into place, bribing them with barbecue and beer. “They came straight from the office,” she recalls, “and were still wearing work clothes.” McLeod’s ultra-handy father Ron helped too. “Ron can build anything,” says Charbonneau. “He, with Derek’s help, even hand-made our eavestroughs, and hand-laid the slate tiles that clad the exterior.”

Rather than getting frustrated by delays, Charbonneau took advantage of the rare open-ended time frame. In fact, if the project was done in haste, she might not have had the idea to reuse the sheathing from the torn-down additions – beautiful wide-plank white pine boards – for the character-filled floor that runs through the main level.

And McLeod might not have been able to execute his master class in millwork, such as the American walnut bar area by the dining room table (another of his creations), or the wall-to-wall cabinetry in the master suite. As Charbonneau points out some of the delicate, delightful details – such as the McLeod-made solid brass pulls on the cabinetry – it’s clear she thinks the decade has been well spent. “It’s been an amazing privilege,” she says, “to be my own client, to see up close how a design like this gets built and to live in the results.”

Originally published in our Designer of the Year 2019 issue as The Long Way Home.