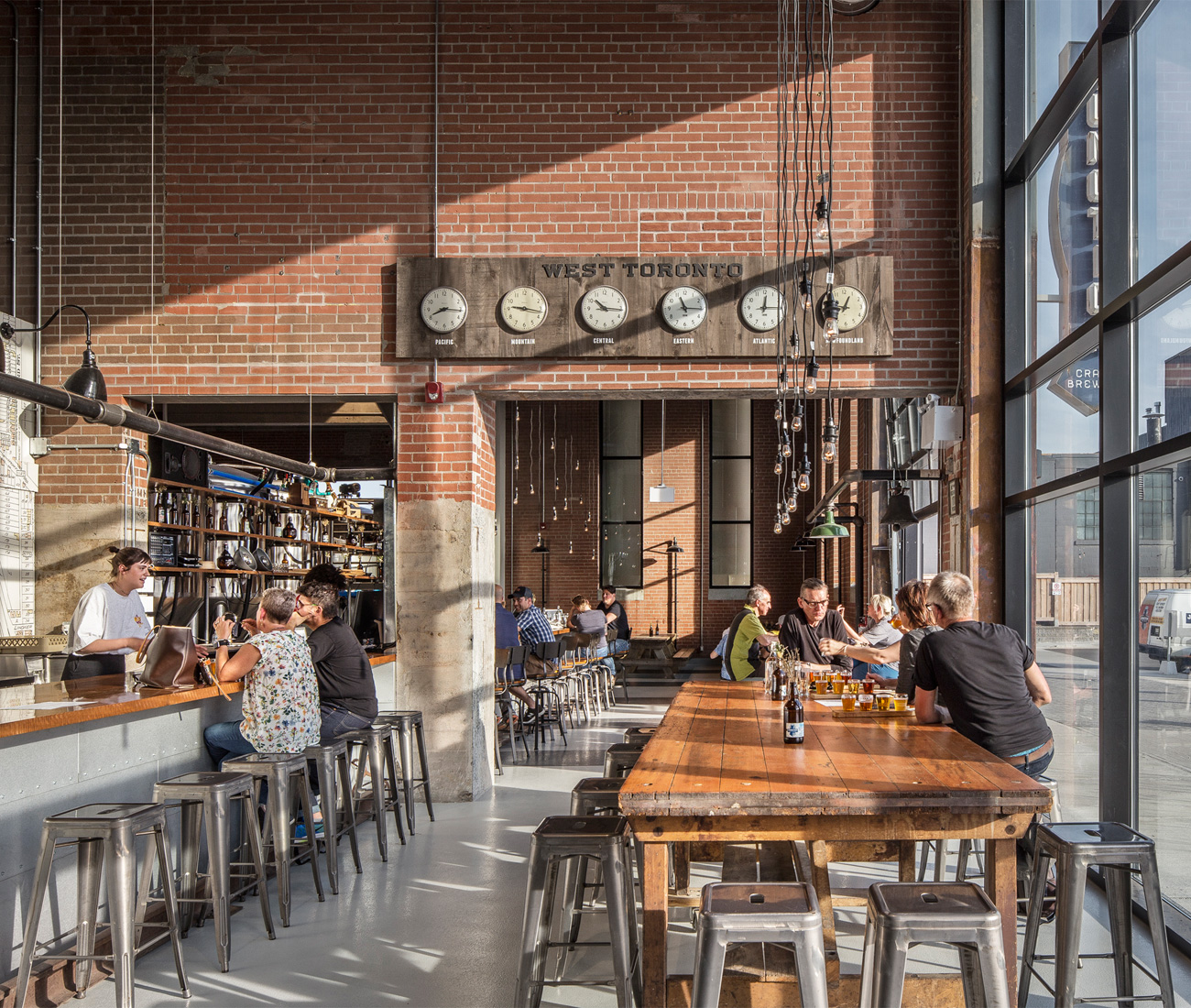 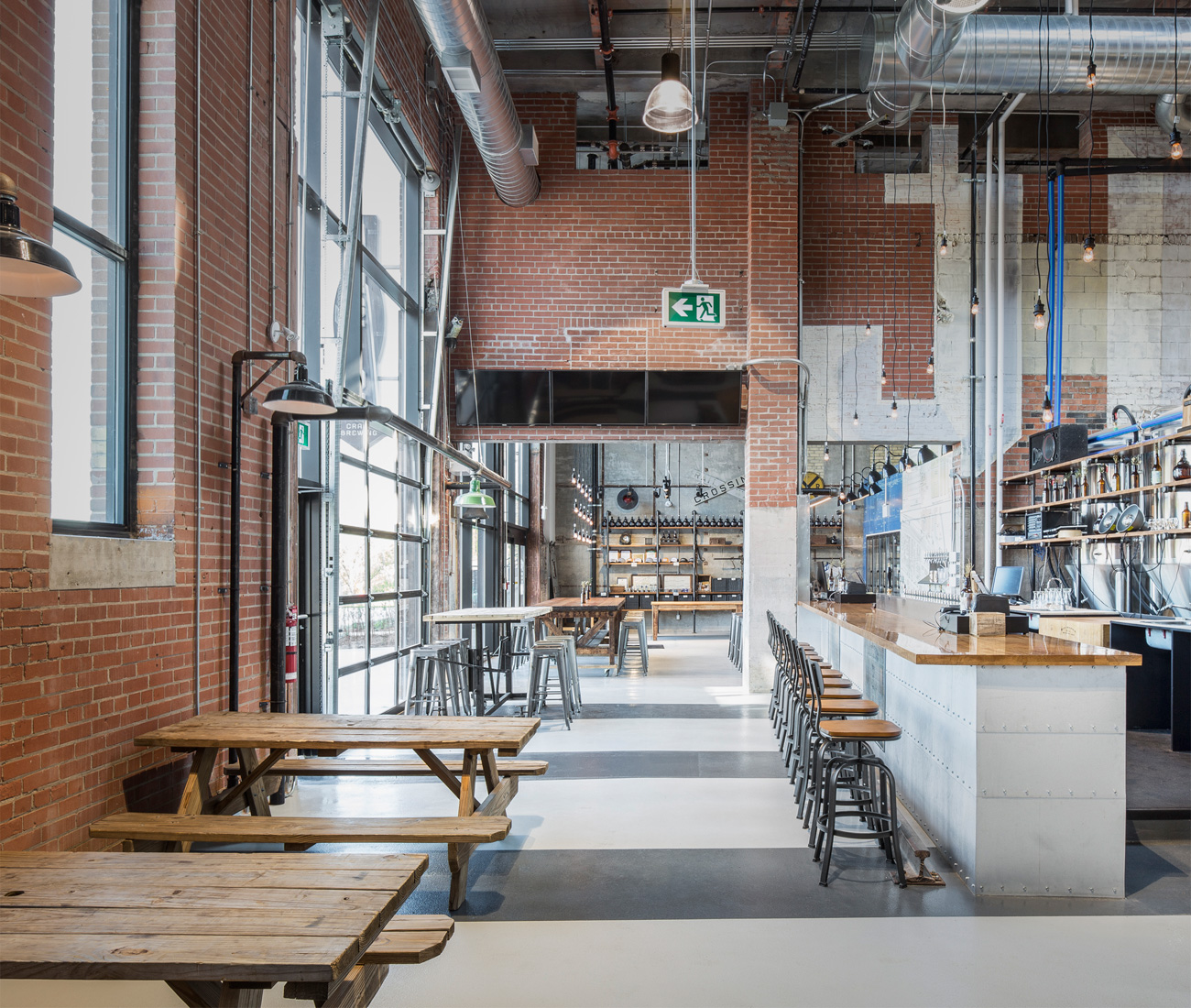 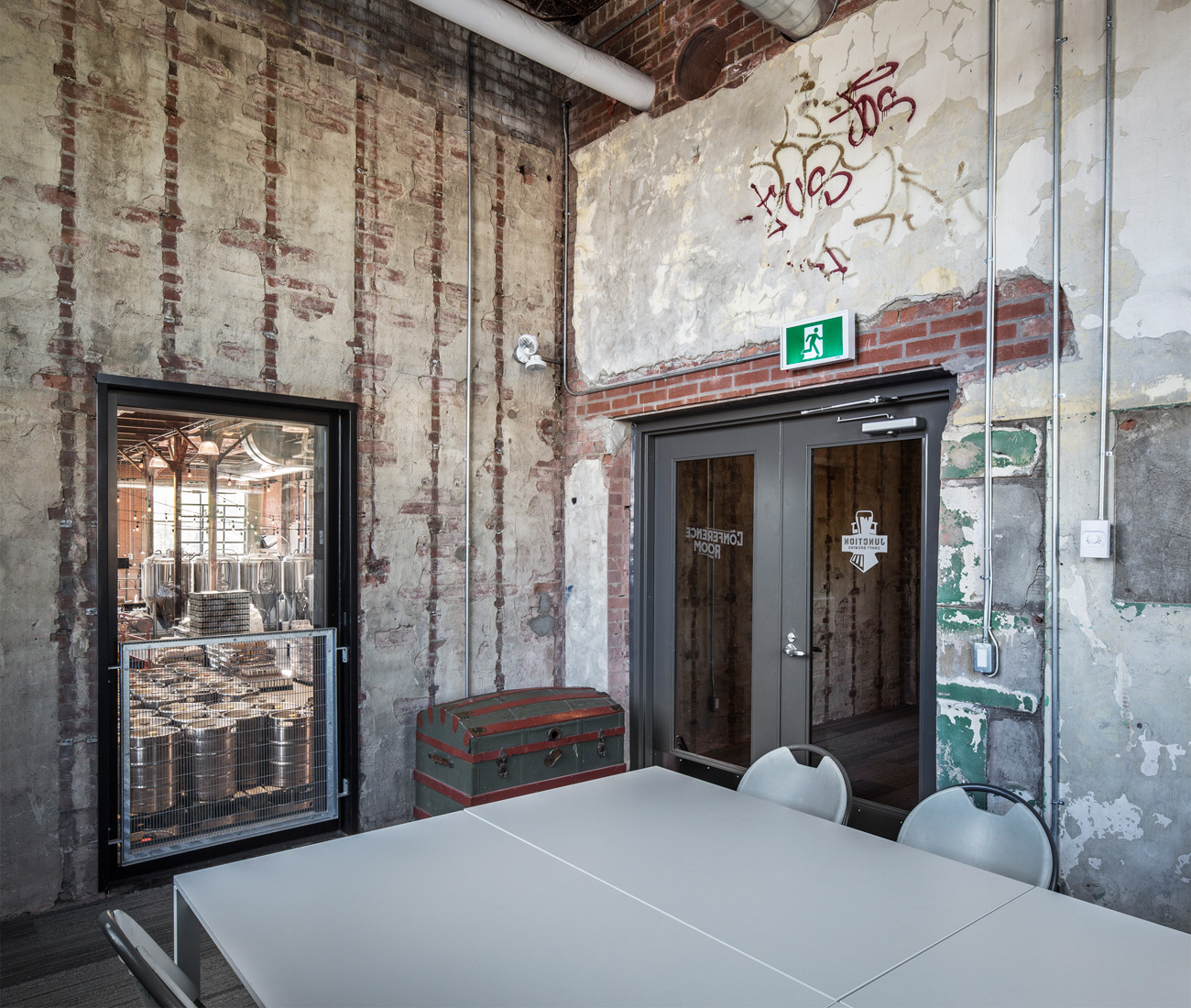 Plant Architect Inc. have repurposed a former Toronto incinerator into Junction Craft Brewing, a destination for beer and architecture lovers

Big Booze has reason to be afraid. Within the last decade, corporate alcohol brands have lost their international grip on the market, with craft breweries and distilleries making a major leap forward: in the U.S., craft beer has become a $26 billion industry. U.S. craft distilleries, for their part, grew by 26 per cent in 2017. It’s a sign that our palettes – whether for salty Goses or elderflower-infused bitters – are evolving. And for the better.

The rise of craft boozemakers has also resulted in hybrid hospitality spaces, ones that balance production facilities with taprooms, brewpubs, retail areas and restaurants. Such is the case at Junction Craft Brewing in an old factory in Toronto’s Junction neighbourhood. 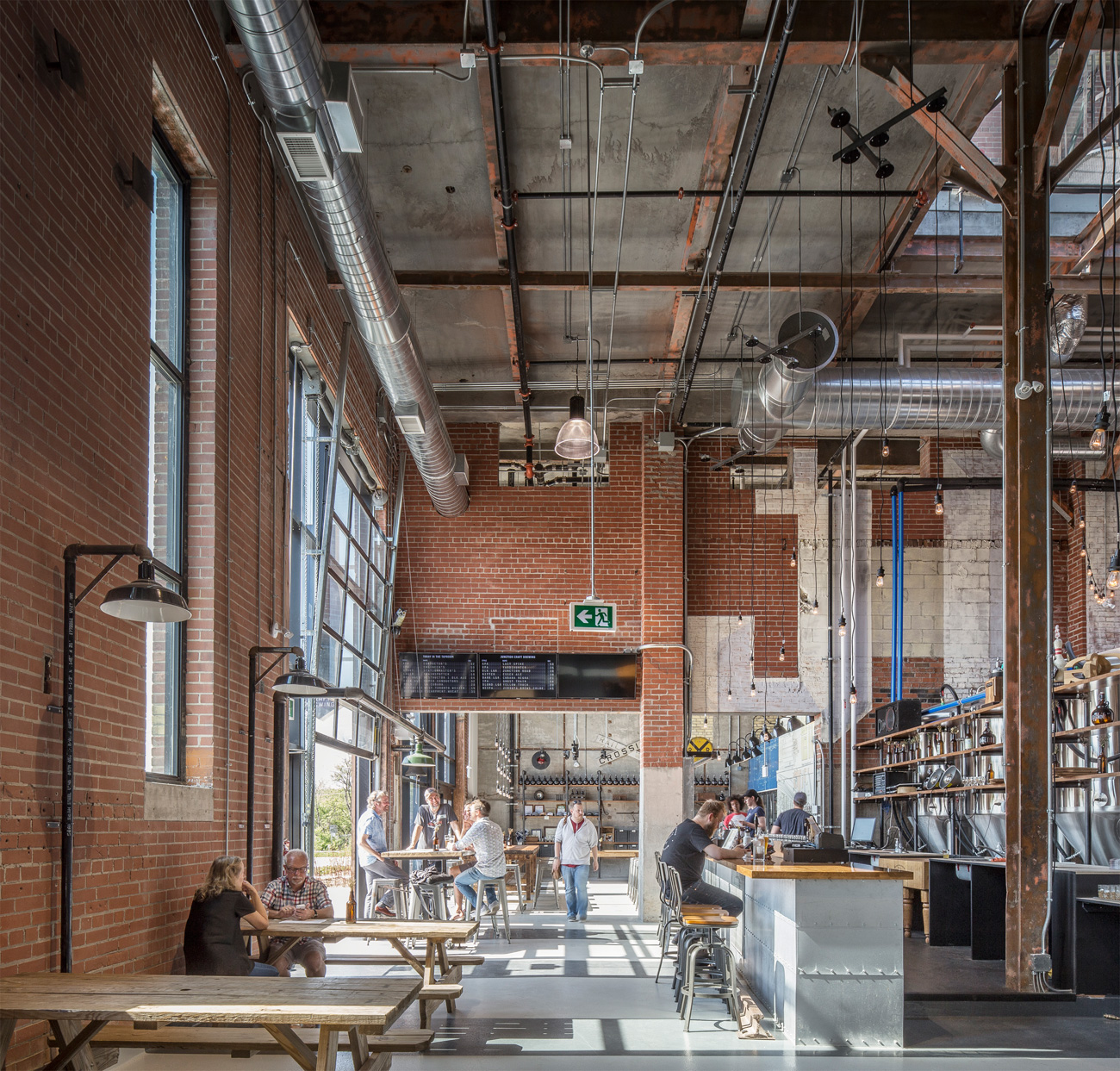 As craft breweries go, industrial conversions are rather common. But Plant Architect Inc.’s approach to adaptive reuse for Junction Craft Brewing is especially thoughtful. Located in a former incinerator and waste transfer facility – named, quite ominously, the Symes Road Destructor – the revitalization maintained the building’s Art Deco exterior and the industrial markings of its interior. Along with the brewery, the building also contains space for retail, offices and The Symes, another event venue. 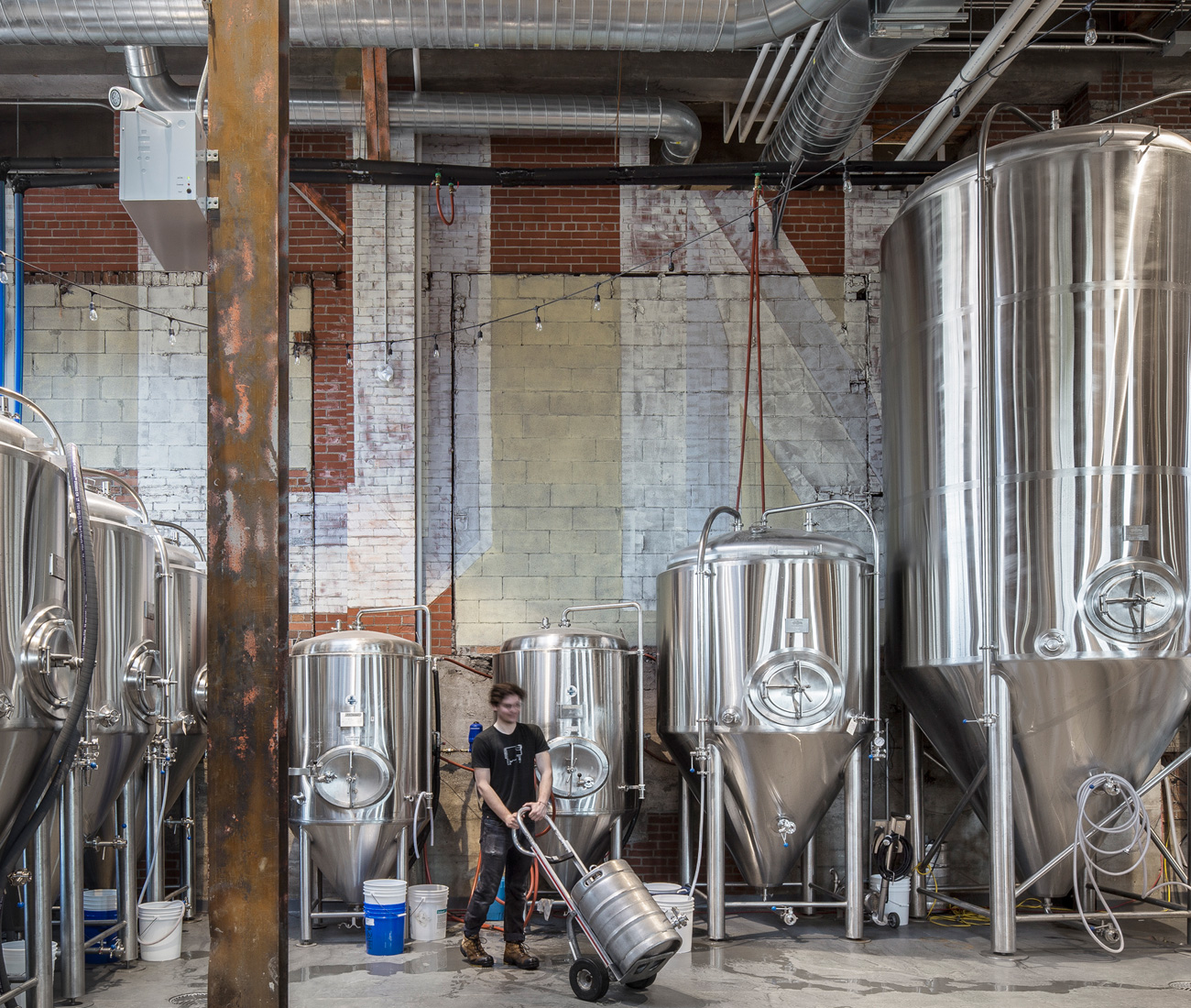 Plant preserved the openings in the building – note the skylight above – as well as the tall deco windows and skyscraper bottle chandeliers. Brewing tanks loom over the the event and seating areas, while fermentation tanks and office space is contained on a second-storey mezzanine. It’s a brewery that squarely pulls its site’s industrial bones to the fore, and for its efforts, Plant was awarded the Architectural Conservancy of Ontario’s Paul Oberman Award for Adaptive Reuse earlier this year. 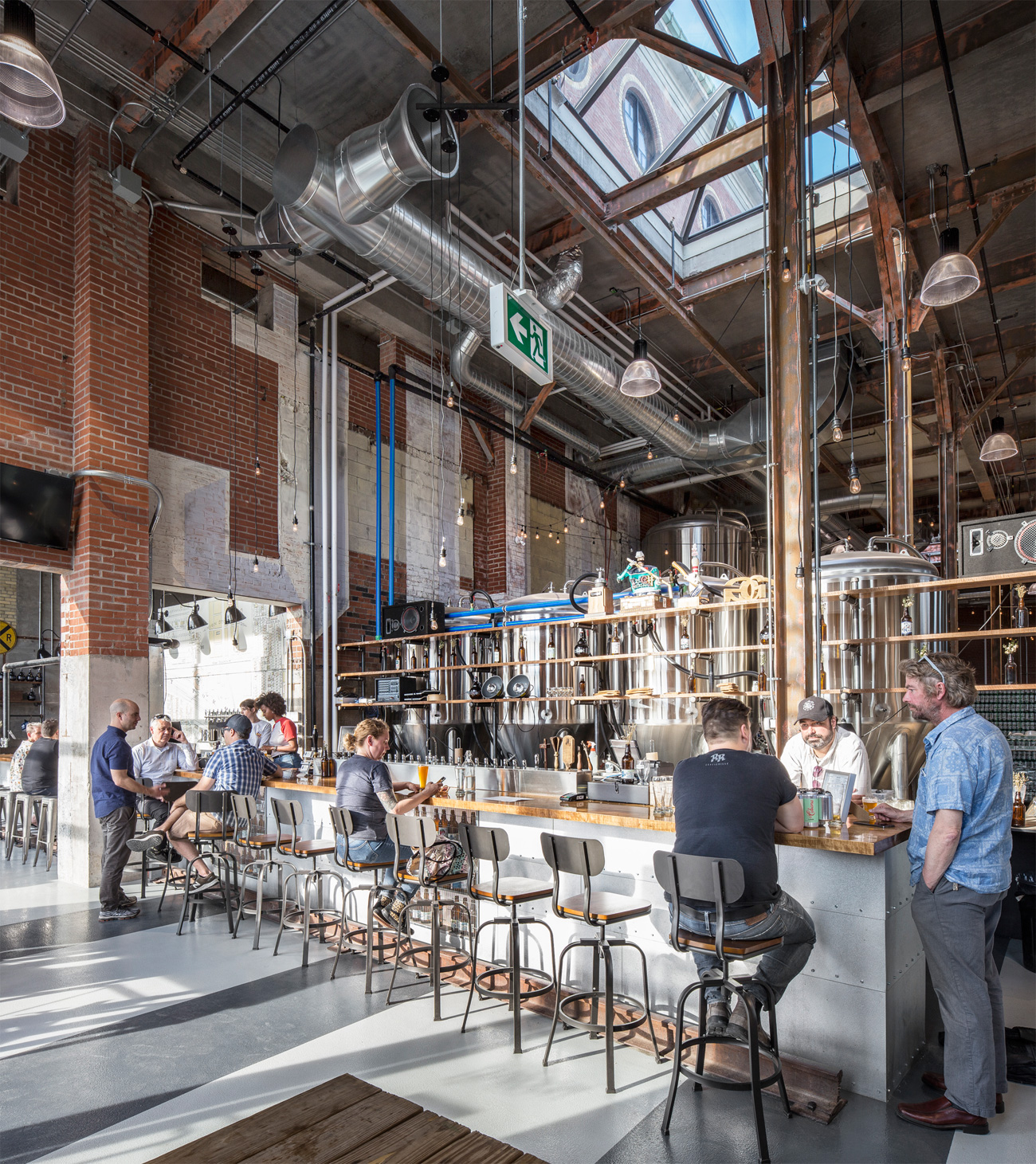