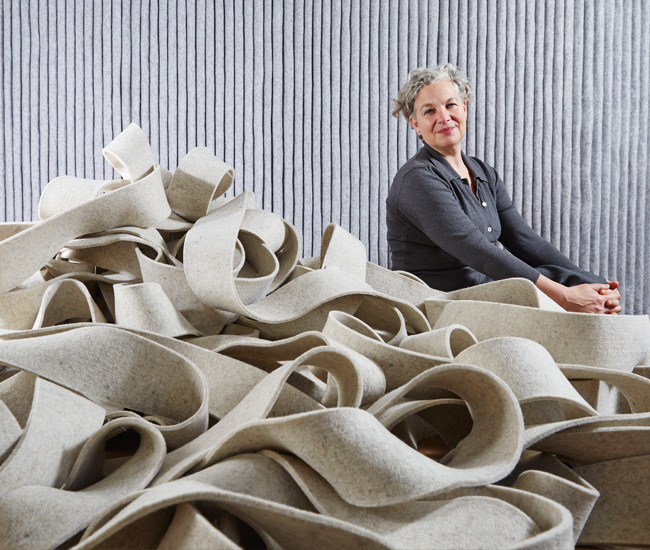 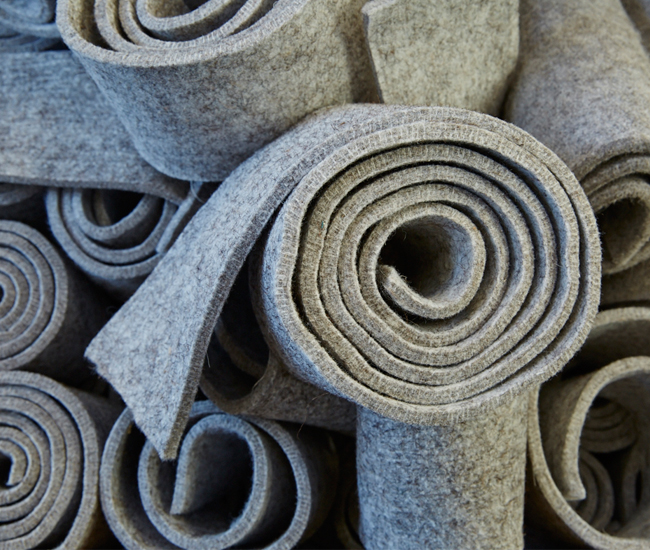 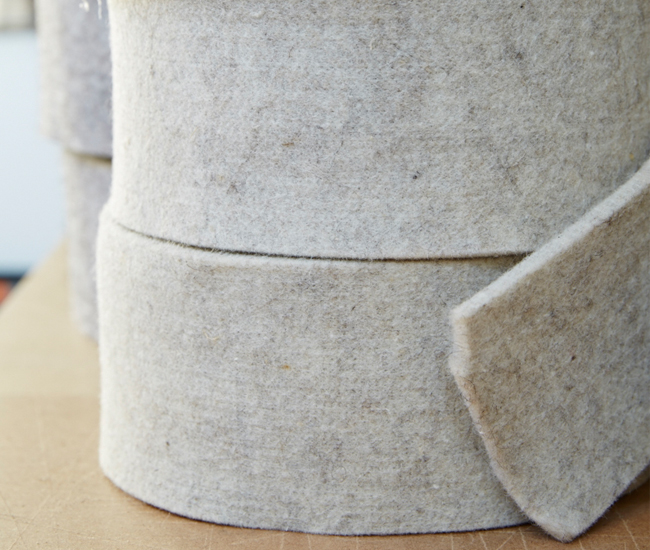 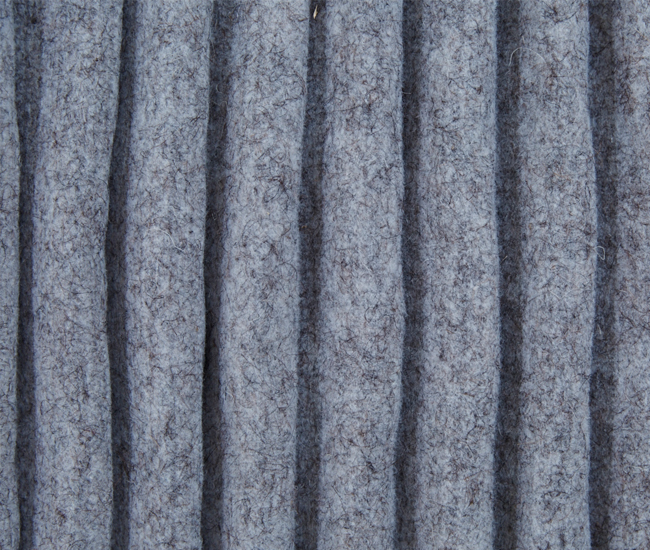 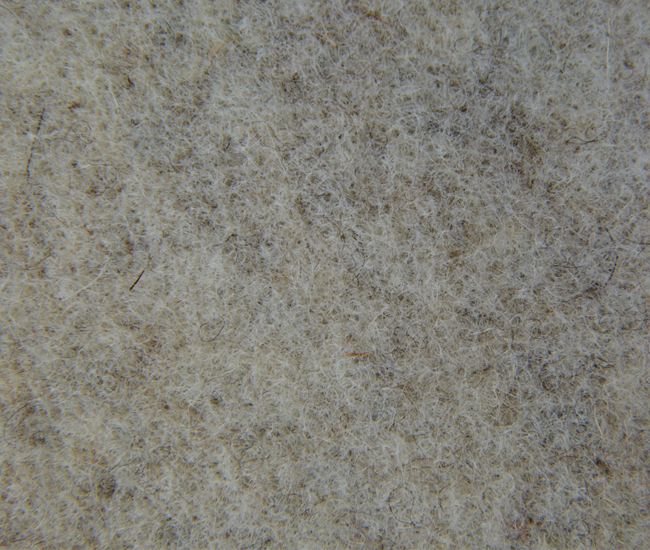 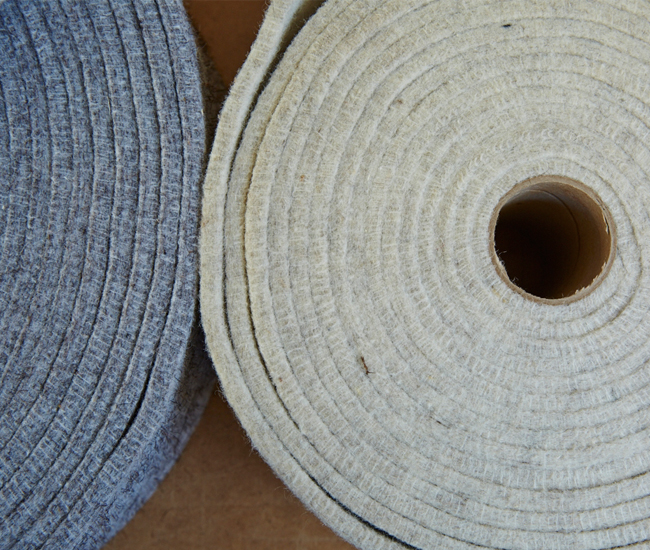 In her backyard studio, Kathryn Walter is at work on rippled, heather-grey felt wall panels for a Chicago office designed by architecture great, Brininstool + Lynch. Samples from previous commissions – featuring everything from striated patterns to 3-D pyramid tiles – have been hung on the walls like museum pieces. “Felt has this mythic quality,” Walter says of the fabric, believed to be the first ever made by humans. “It’s at once organic and industrial in strength.”

For 15 years, Walter has explored this tension between the supple and the structural, producing ruggedly beautiful architectural panels for homes, offices and retail interiors. Walter’s appreciation for felt was sparked both by the fabric’s venerable history and by its connections to her own family tree. In the late 1980s, Walter was living an artist’s life in Vancouver – painting signs with Jenny Holzer–esque musings on rapid urban growth – but that changed in 1999, when she curated an exhibition on felt for the Textile Museum of Canada, in Toronto. The project brought her home in more ways than one: her family’s business had sold felt for over a century. Her well-received exhibit paid homage to the versatile material’s time-honoured utility, and celebrated artists who were experimenting with it. Walter soon became one of them, and established her FELT design brand.

Johnson Chou was the first to call, and Walter created a sound-absorbing, rippling wall for the designer. LGA Architectural Partners was also an early supporter – for the firm, Walter developed her Striation series: walls clad in layered strips of felt of varying thicknesses and lengths. Soon international clients were also commissioning her warm, tactile installations, which do double duty as both feature walls and acoustical barriers. “My MO is to make felt built in, to give it a look as though it’s part of the architecture,” she says.

Her latest endeavour, dittybag, bridges art and design – and the past and the present. She and her husband, video artist Greg Woodbury, have created both a kit – reminiscent of the ones sailors would use to store sewing materials – and a series of videos focusing on the lost art of mending. “It has a critical nature, a questioning of consumer culture,” she says of the project. “It’s also about holding on to well-crafted things.”

Originally published in our Spring 2016 issue.