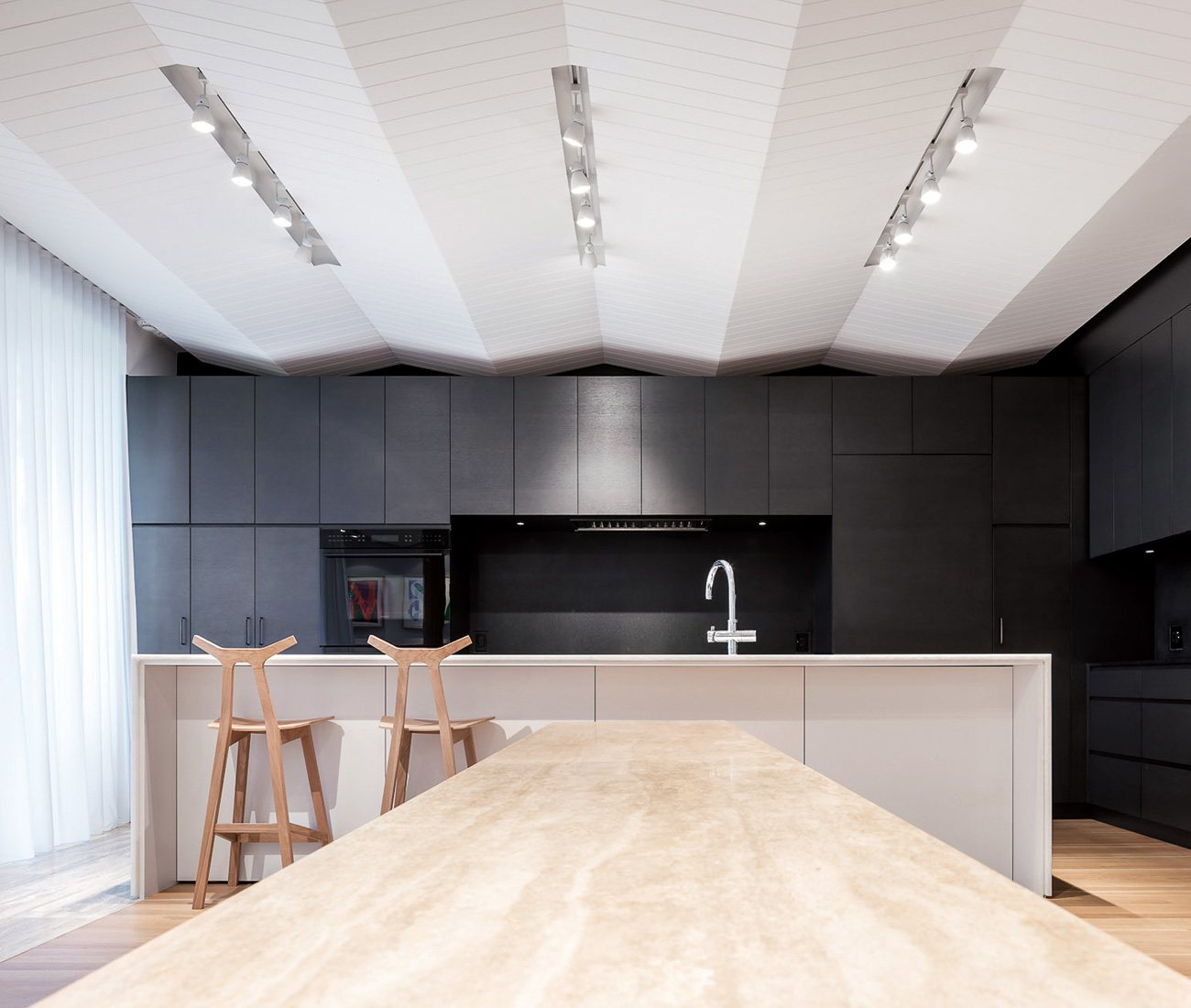 The ask: an open, modern kitchen for a family with four kids. It had to be functional, of course, with the ability to view the family room, dining area and backyard all at once, and from one point. Oh – and a coffered ceiling (the clients were nostalgic for the sunken ceiling panels of their previous home). And that attention be paid to allergenic sensitivities.

John Shnier, co-principal of Kohn Shnier Architects, had the solution. The first storey of the newly built home has an angular relationship with the lot, and the 20-square-metre kitchen is at its apex, facing north, west and east. Inside, a 3.5-metre-long island, made of white Thassos stone, sits in front of the L-shaped kitchen system, creating easy access to all points of the main floor. It facilitates “multi-directional movement,” says Shnier, “allowing many people to access the kitchen without creating dead-ends or conflicts.” Its backdrop of white oak cabinetry, treated with a non-VOC water-based stain, adds depth, making the interior look wider at this point. The faceted ceiling – off-the-shelf beadboard arranged in a herringbone pattern – “suppresses the visual immediacy of the kitchen, privileging tone and spatial qualities over such things as appliances and fixtures.” Surprisingly, the intricate-looking pleated ceiling was not the biggest challenge of this project; it was, according to Shnier, finding materials and finishes without plastics, chemicals and VOCs, or other allergens, and that did not seem forced or out of place with the overall design intent. But Kohn Shnier did just that, delivering on the entire checklist for a sleek, modern kitchen, spectacularly and sneeze-free.