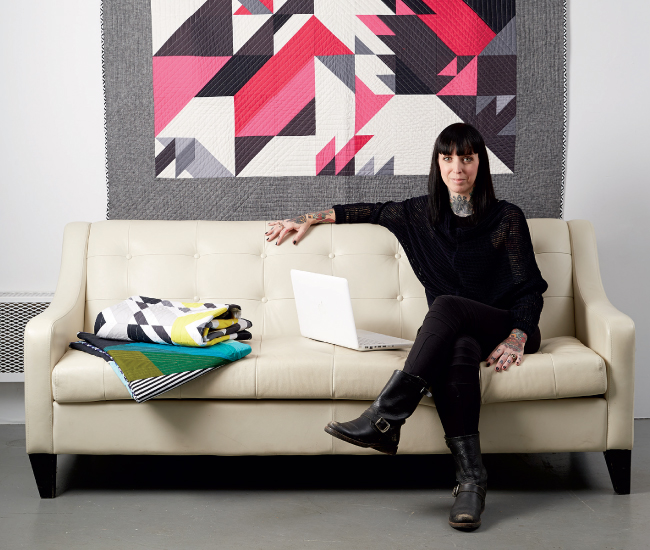 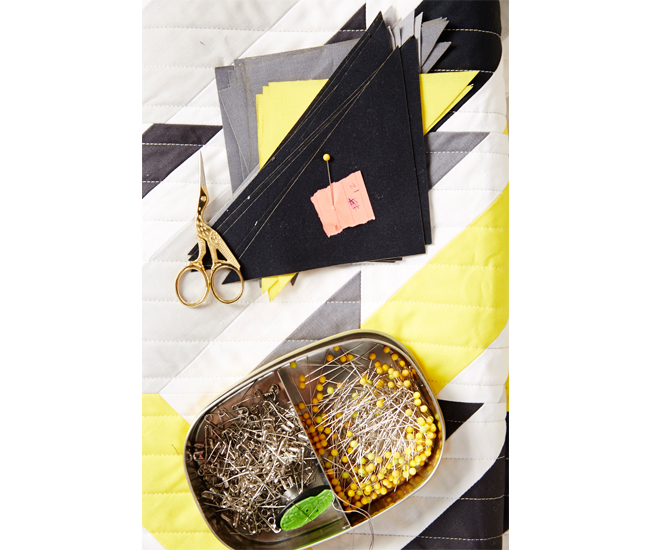 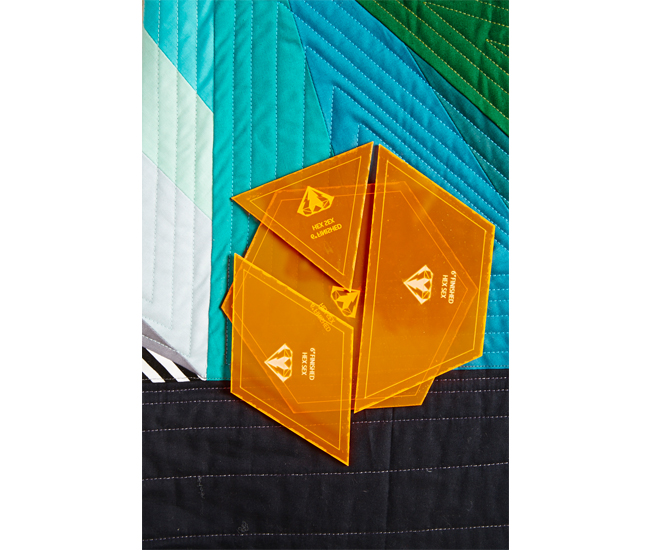 Sharp black bob, all-black garb, “True Love” and “Hand Made” inked across her fingers – Elizabeth “Libs” Elliott is not your average quilter. And her tapestries are not your grandmother’s blankets. Hers are mesmerizing artworks, with shards, chevrons and parallelograms, in pinks, greens, yellows and black-and-white stripes, that collide across the surface.

Elliott took up quilting in 2009 through a beginner’s course at the Workroom, a shared sewing space in Parkdale. She had always appreciated handiwork (as a kid, she’d rummage through auction barns with her antique-dealer dad, and she later studied textiles at OCAD), but rarely got to tap into her artistic side as an ad agency project manager. The structured quality of quilting, with its freedom to play with colours and fabrics, reinvigorated her creativity. She wanted to make something different, as well as to redefine and bring new life to an old craft. That’s when her friend Joshua Davis, a New York artist specializing in psychedelic new media, gave her a little gift that blew that desire wide open: a code that generates random geometric patterns, which Elliott then turns into dynamic compositions.

“I love that something cold and intangible, like computer code, can become something physical,” says Elliott. She types in letters and numbers, and visuals are rapidly rendered on the screen. She tweaks their colours and shapes until she’s developed a pleasing pattern: that’s when things slow down. The various shapes are counted and measured, the required cotton gathered. A queen-size commission takes about 50 hours to sew, and Elliott enlists friends at the Workroom to pin and iron the patches, machine-stitch them and assemble the top and bottom layers with batting in-between. It’s just like an old-fashioned sewing circle, but with a high-tech look – an heirloom with a rebel yell.

Quilts start at $30 per square foot and can be had at libselliott.com