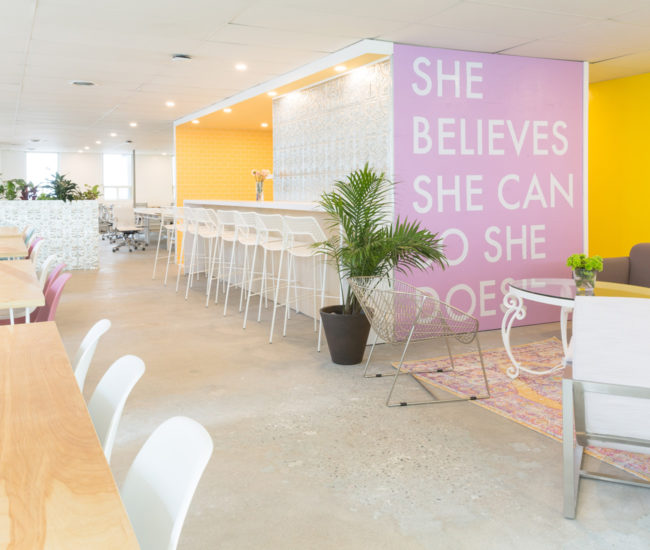 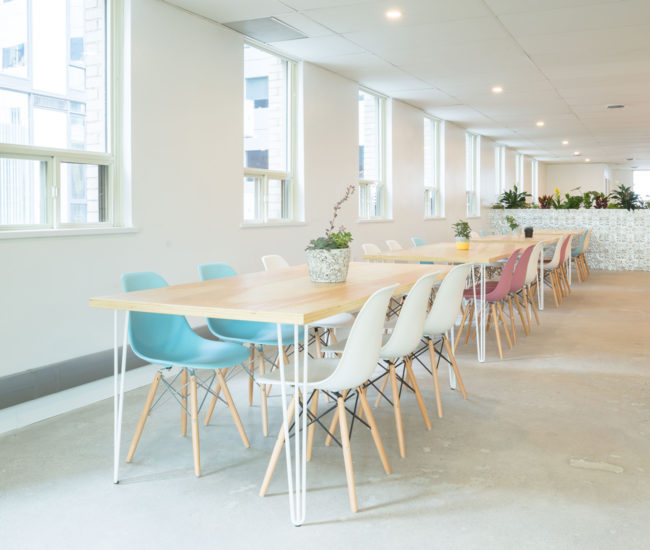 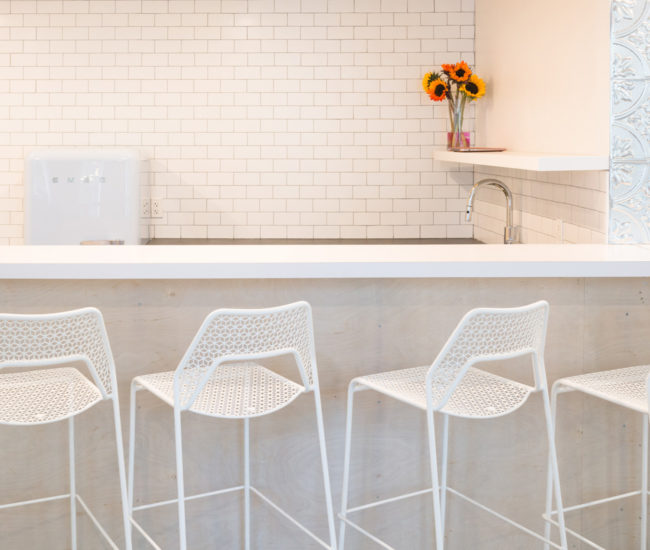 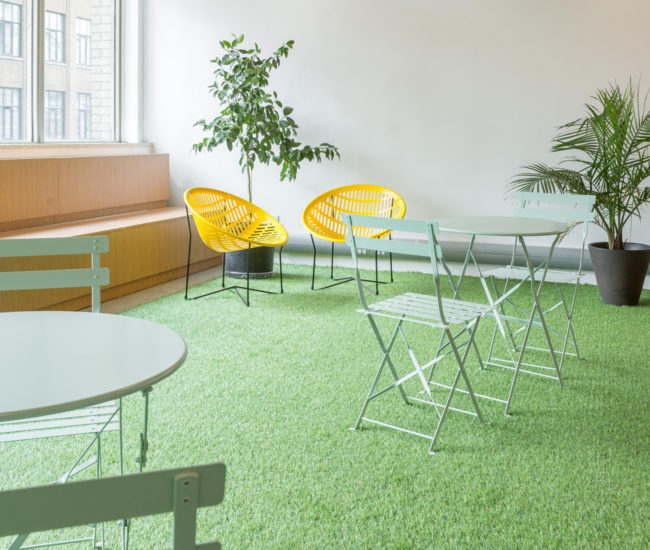 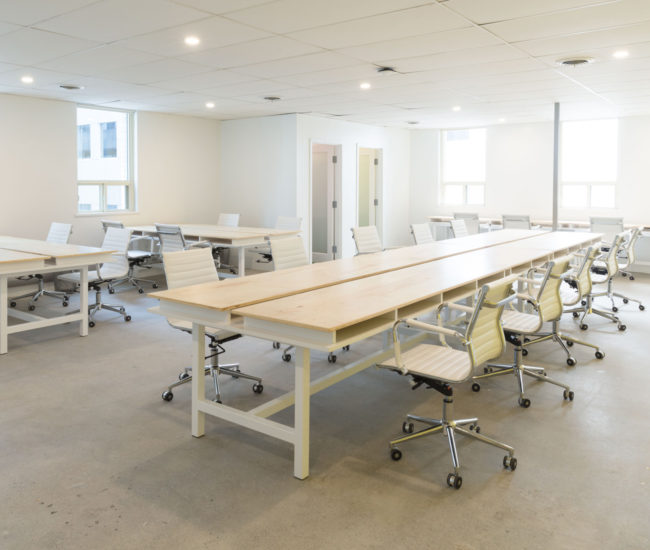 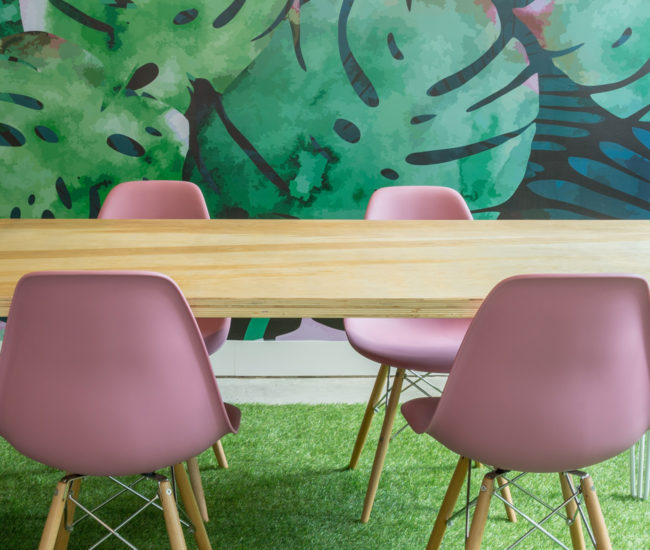 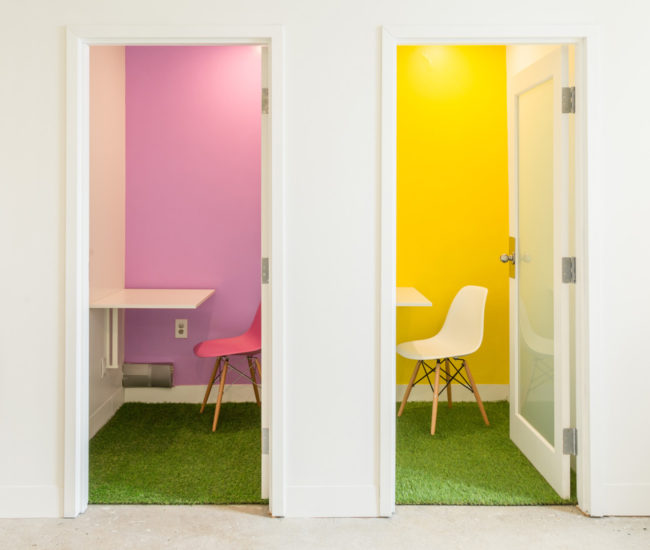 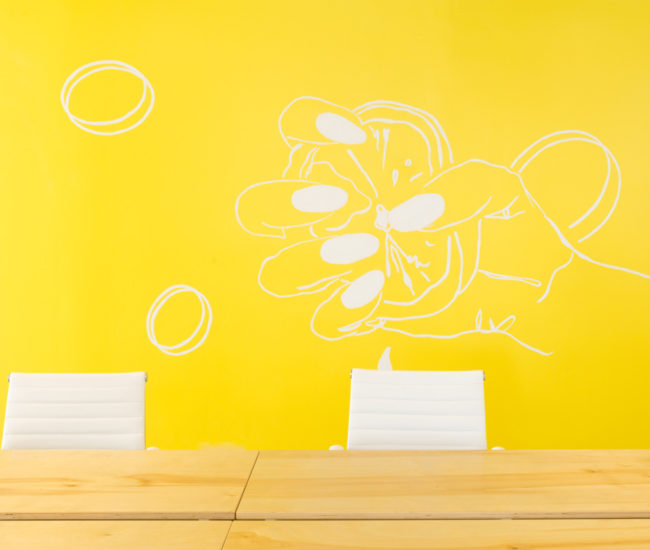 The rise of the gig economy and rapidly growing freelance workforce have indelibly changed the office landscape. Over the last 10 years, a multitude of flexible co-working spaces have sprung up in major cities across the globe, offering a place where otherwise solitary freelancers, contract workers and small-team startups could spend time with like-minded people.

WeWork has long dominated the arena, but others are hot on its heels. And as the popularity of the unconventional workspace increases, so has the demand for more than a wifi connection and fully stocked fridge. In order to thrive, coworking spaces need, among other things, a balanced layout that includes private desks, collaborative areas and casual zones for socializing and brainstorming; they should foster creativity, community and motivation; and determining a niche market will also help. 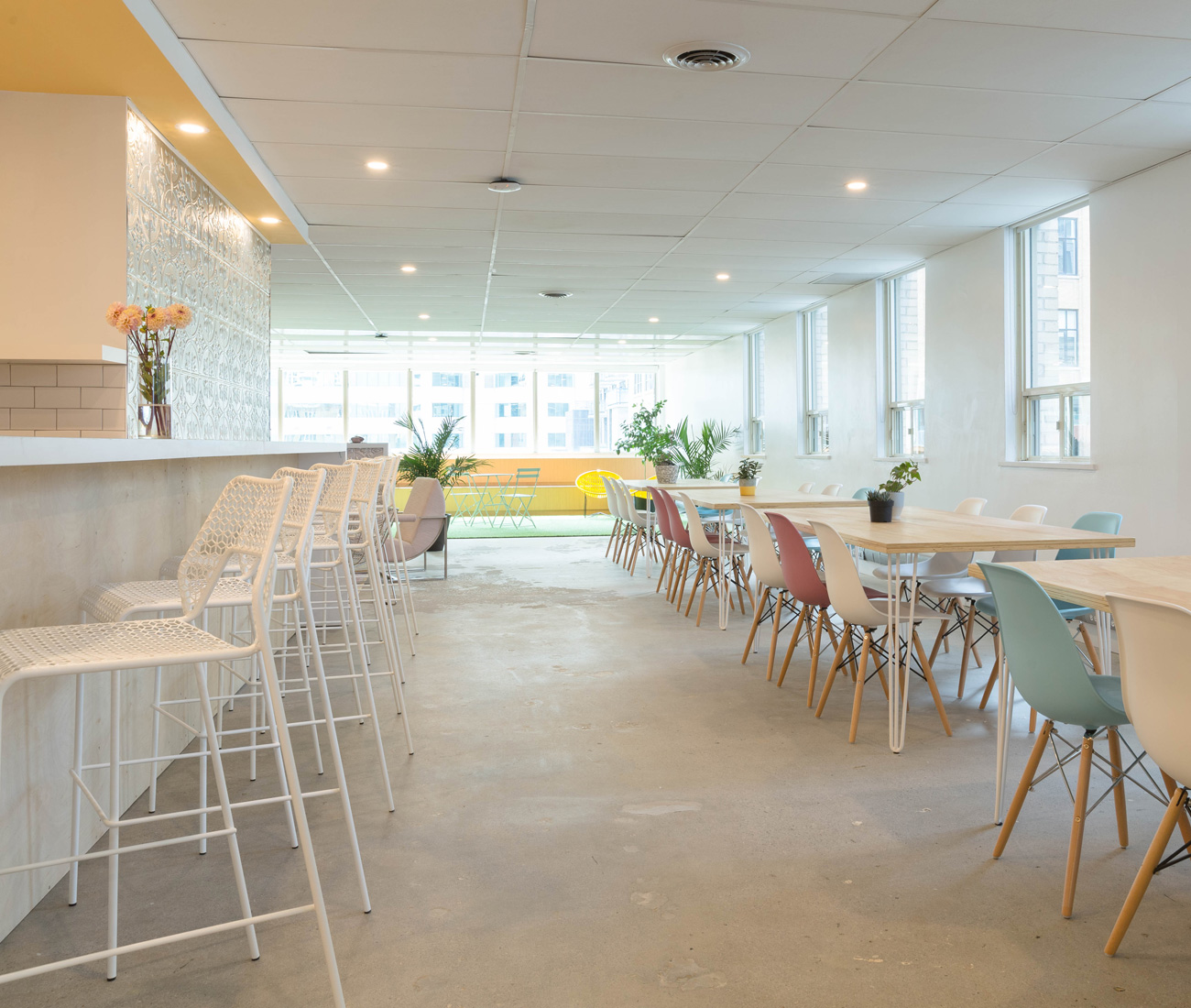 To that end, Make Lemonade in Toronto ticks all the boxes. Situated on the top floor of a six-storey building in the city’s downtown core, the nearly 280-square-metre incubator space for women-identified people is light-filled, thoughtfully designed and boasts a variety of private and public zones. The brainchild of local entrepreneur Rachel Kelly, Make Lemonade opened late last year and has become a home base for a wide range of professionals, from digital strategists and fashion and jewellery designers to lawyers and financial advisors. 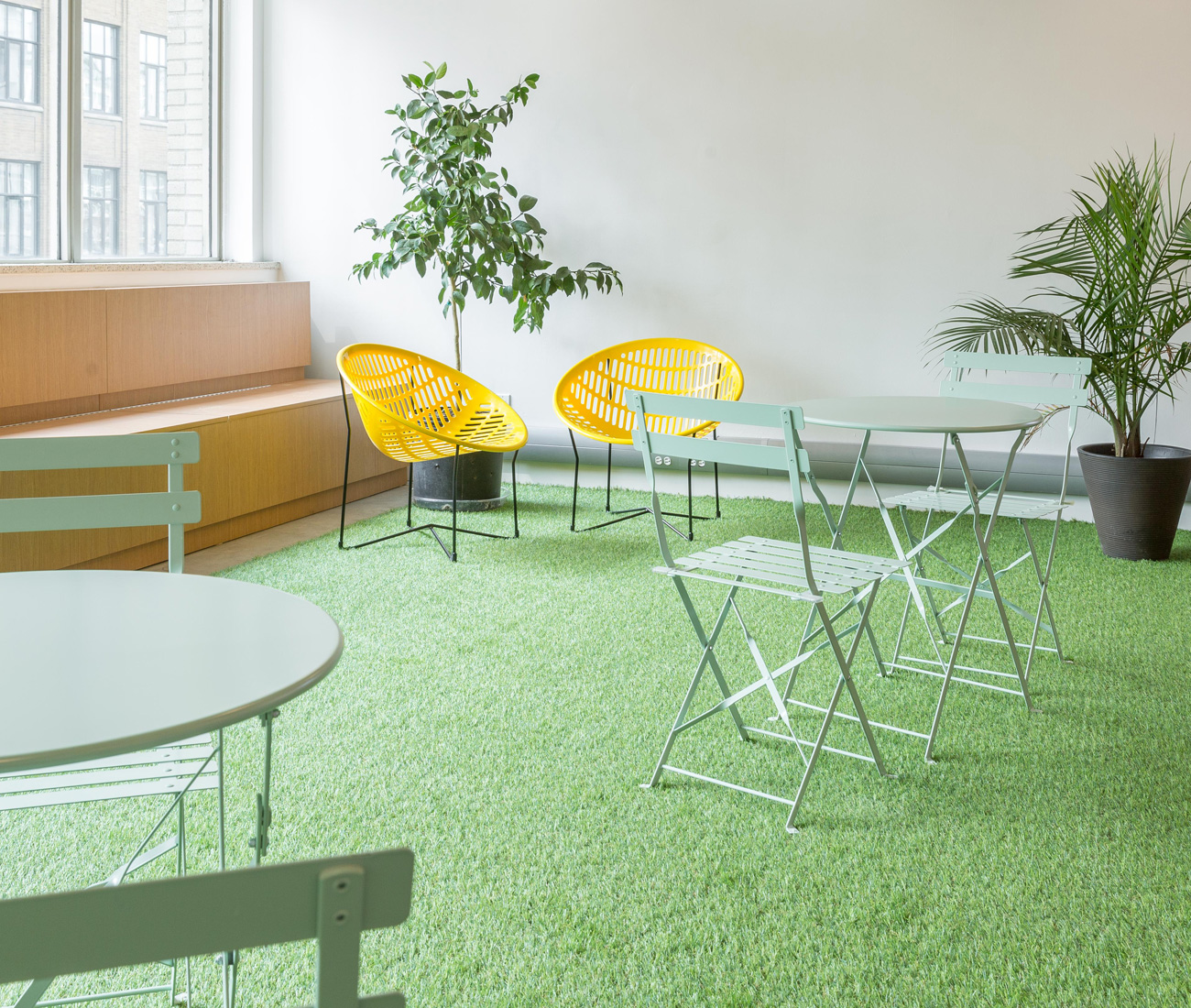 Kelly worked with MMNT Design, a local creative and visualization studio helmed by Michael Good and Tyler Malone, to create an environment that is equal parts inviting, motivational and “playfully evocative.” Together, the three (with help from Kelly’s family and friends) gutted the original-yet-outdated closed-concept space and introduced a palette dominated by matte white, soft pastels and bursts of citrus yellow. Large windows on three of the four walls flood the room with natural light and contribute to its vibrant personality. 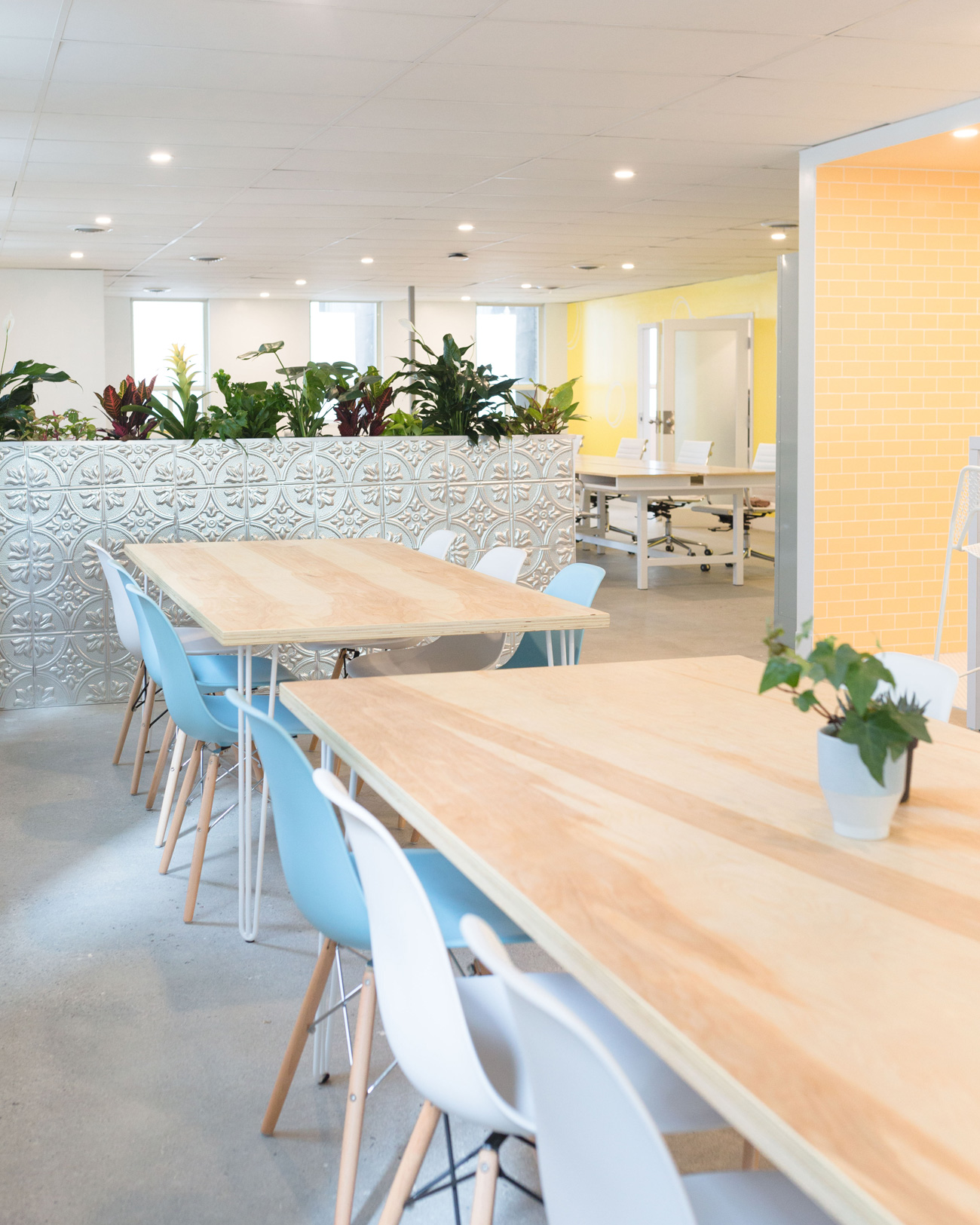 A floorplan was devised that would service three distinct work zones anchored by a casual community kitchen. “We thought of the circulation as spokes around the kitchen axis,” says Good. “Generally, the further north you move in the space the more private it becomes.” 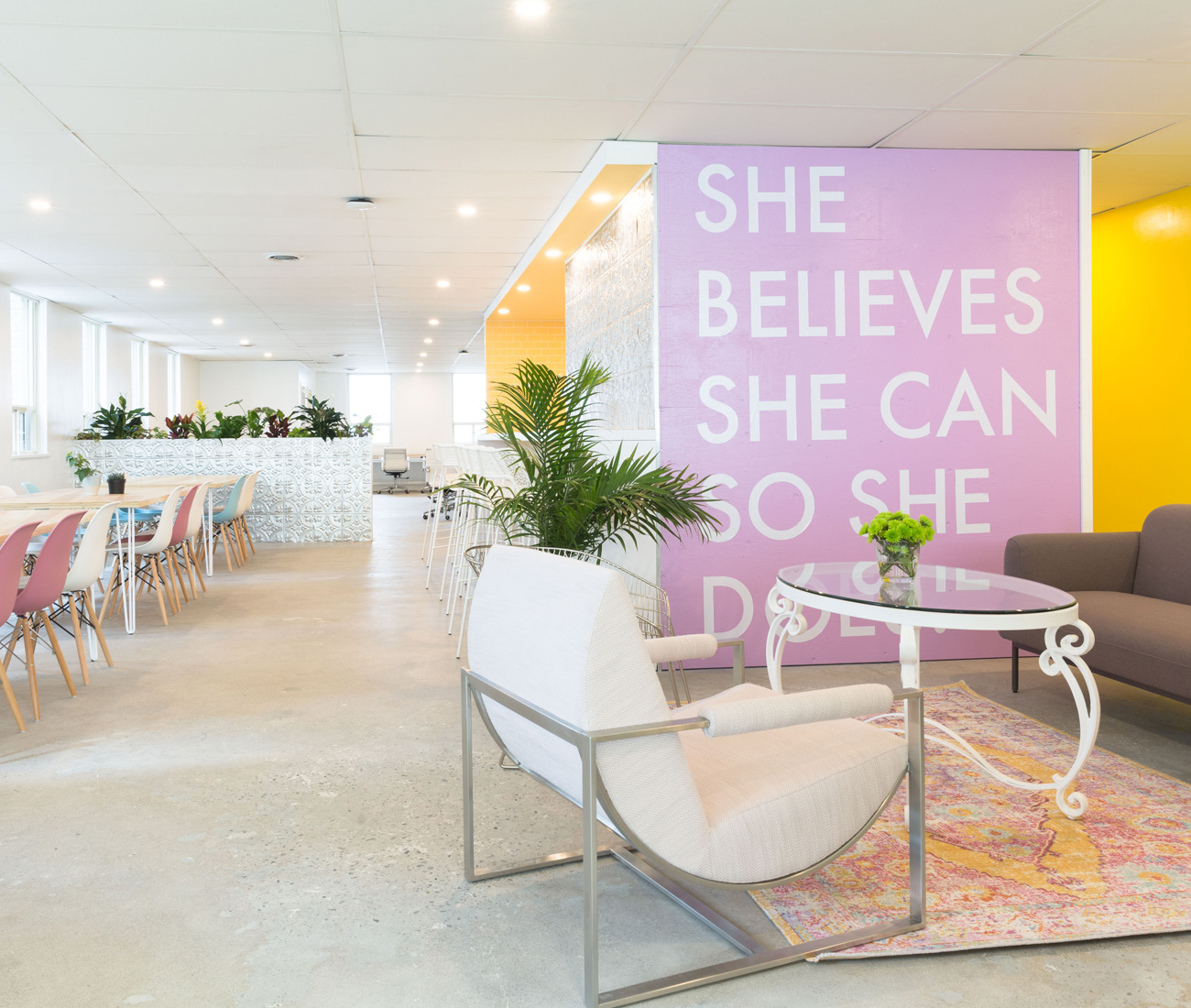 Upon entering, one first encounters the laidback “collaborative space” where bistro seating, an Astroturf carpet and lush potted plants were used to create a space that feels more like an outdoor patio than indoor office. The centrally located “informal work zone” features family-style tables and colourful chairs to elicit a casual energy that is bolstered by the community spirit of the adjacent kitchen with bar seating. In the kitchen, a wall of lemon-yellow subway tiles add a hefty dose of colour and contrast to a half-wall of embossed tin tiles. 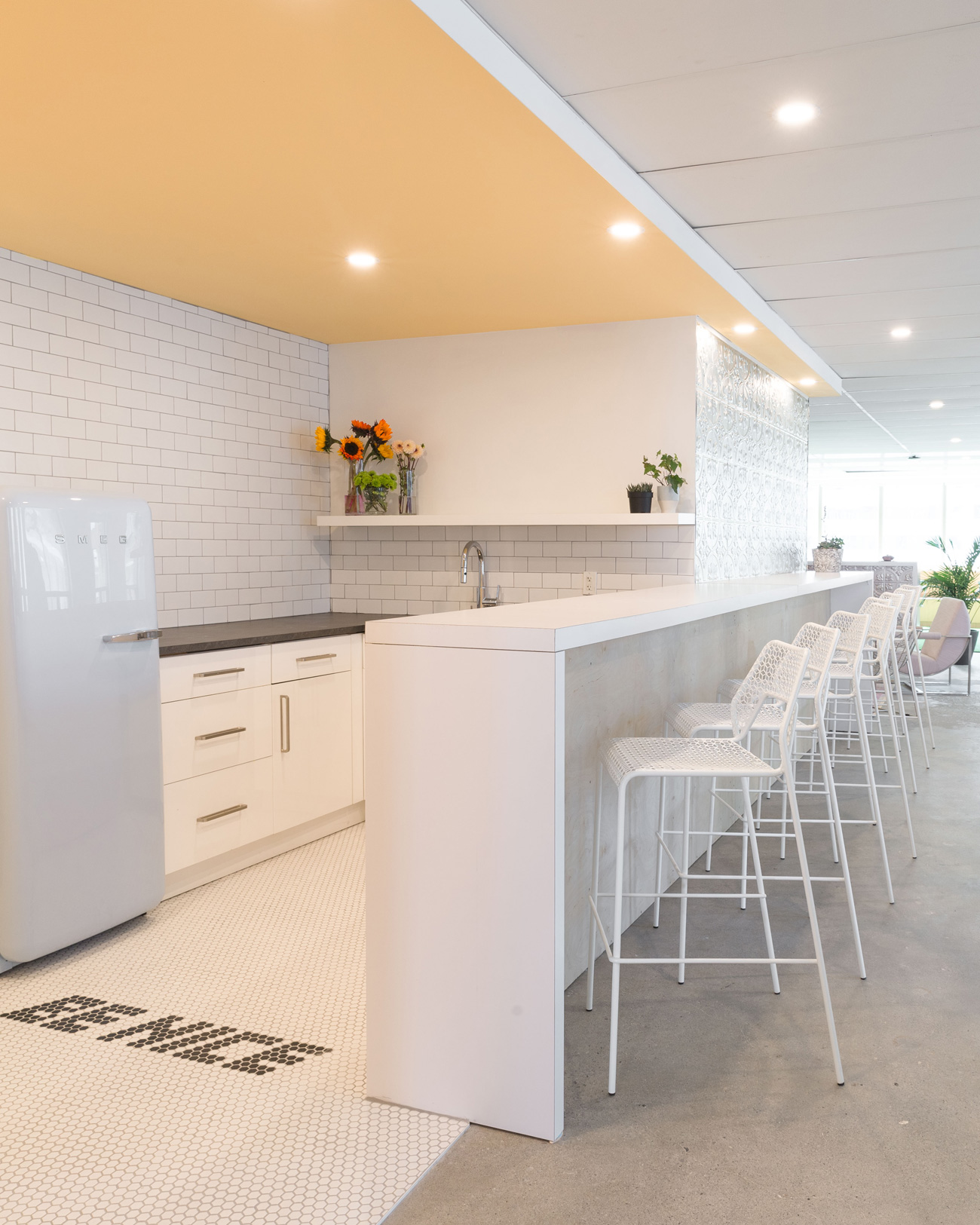 To outfit the northern-most and more traditional work area, the trio met with Jack Fourace, founder of custom furniture making company Son of a Woodcutter. In keeping with the collaborative spirit Kelly wanted to bring to Make Lemonade, the team of four met, sketched and selected samples together to design a series of fixed workstations that could seat up to 24. 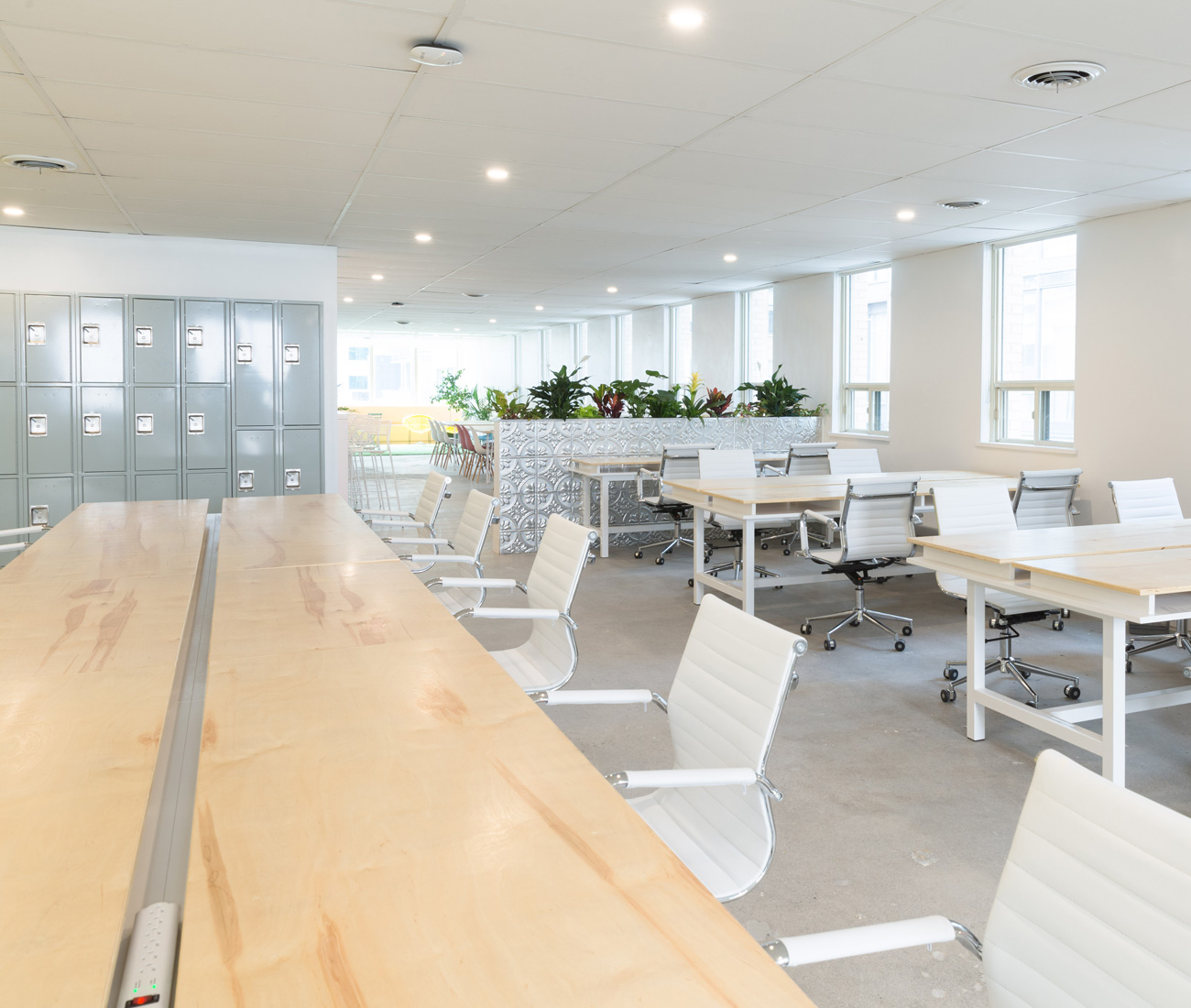 The resulting long-span desks offer storage and power connectivity, and are isolated by the kitchen wall to reduce noise and distraction. From there, Make Lemonade’s inhabitants make the rest happen, surely guided by the coworking space’s slogan: “She believes she can, so she does.”