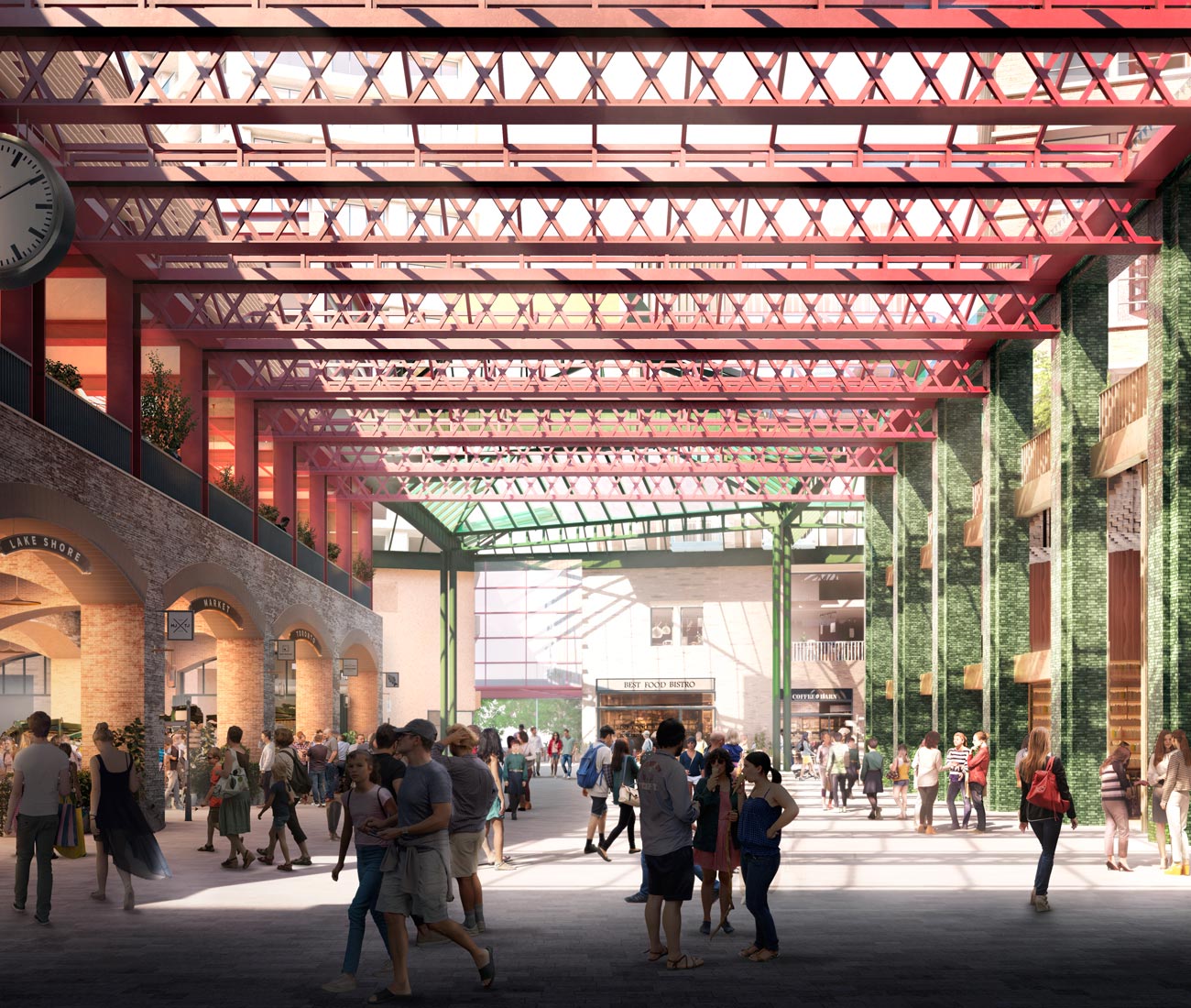 Standalone condo towers are so 2020

It’s not just about condo towers anymore. Kicking off Toronto’s already roaring ’20s, developers are thinking bigger, with mixed-use, masterplanned communities set to transform new GTA developments. So how will it all look? Pretty good. Combining transit, public space and lots of street-level activity, this new wave of mega-projects is poised to define the next urban decade. 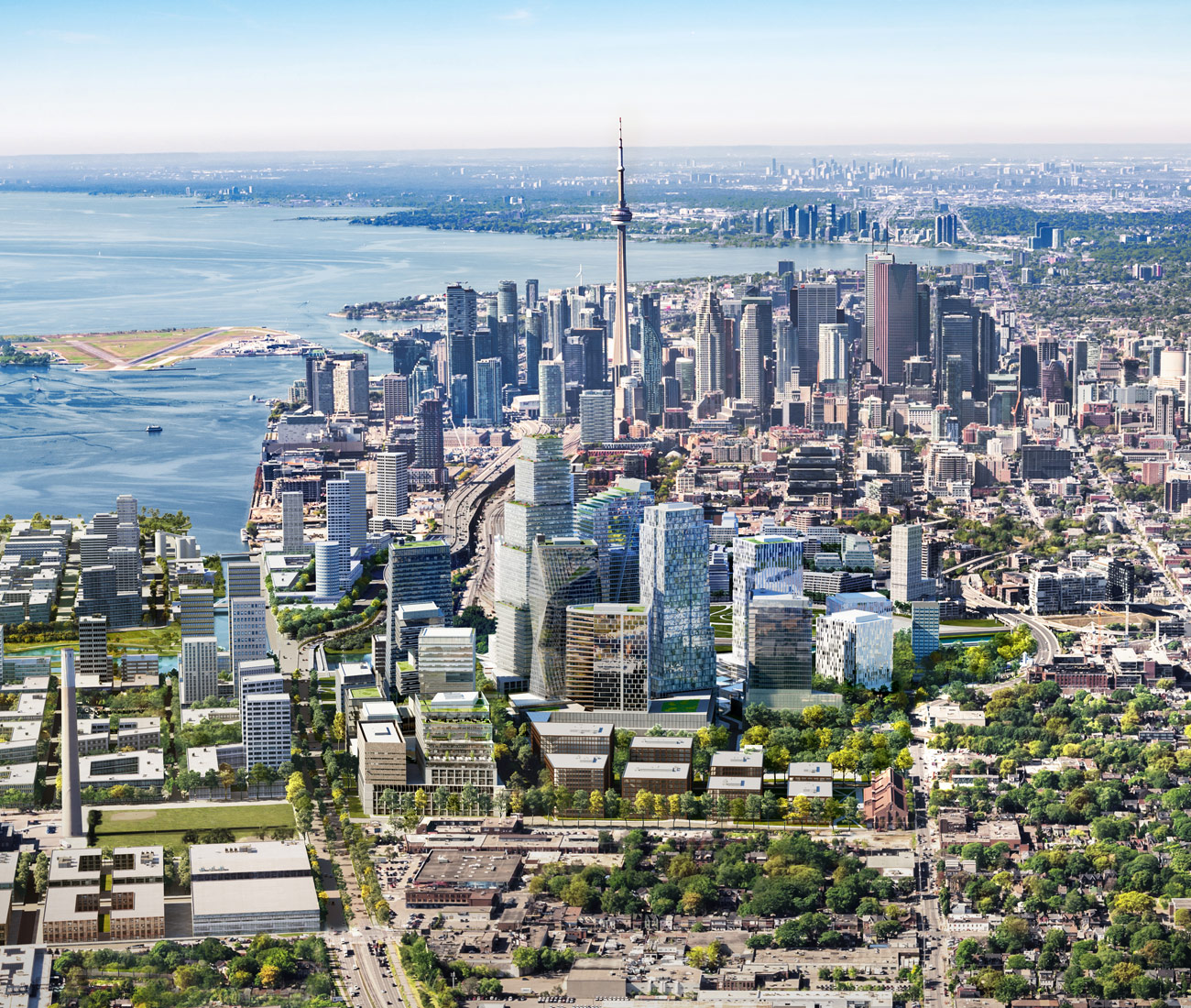 A Dream on the Don

On the eastern shoulder of downtown, the site of the former Unilever soap factory meets the Don River as a concrete industrial shell surrounded by roughly 24 hectares of mostly vacant land. Not for long. In 2016, developer First Gulf revealed a plan to create a new employment hub here, situated next to a future subway station. Designed by KPMB with Henning Larsen, Adamson Associates, Urban Strategies and Janet Rosenberg & Studio, the mega-project envisions a high-rise nexus housing over 70,000 future employees, along with substantial new retail. Last September, real estate giant Cadillac Fairview purchased the site, likely expediting the development timeline. CADILLACFAIRVIEW.COM 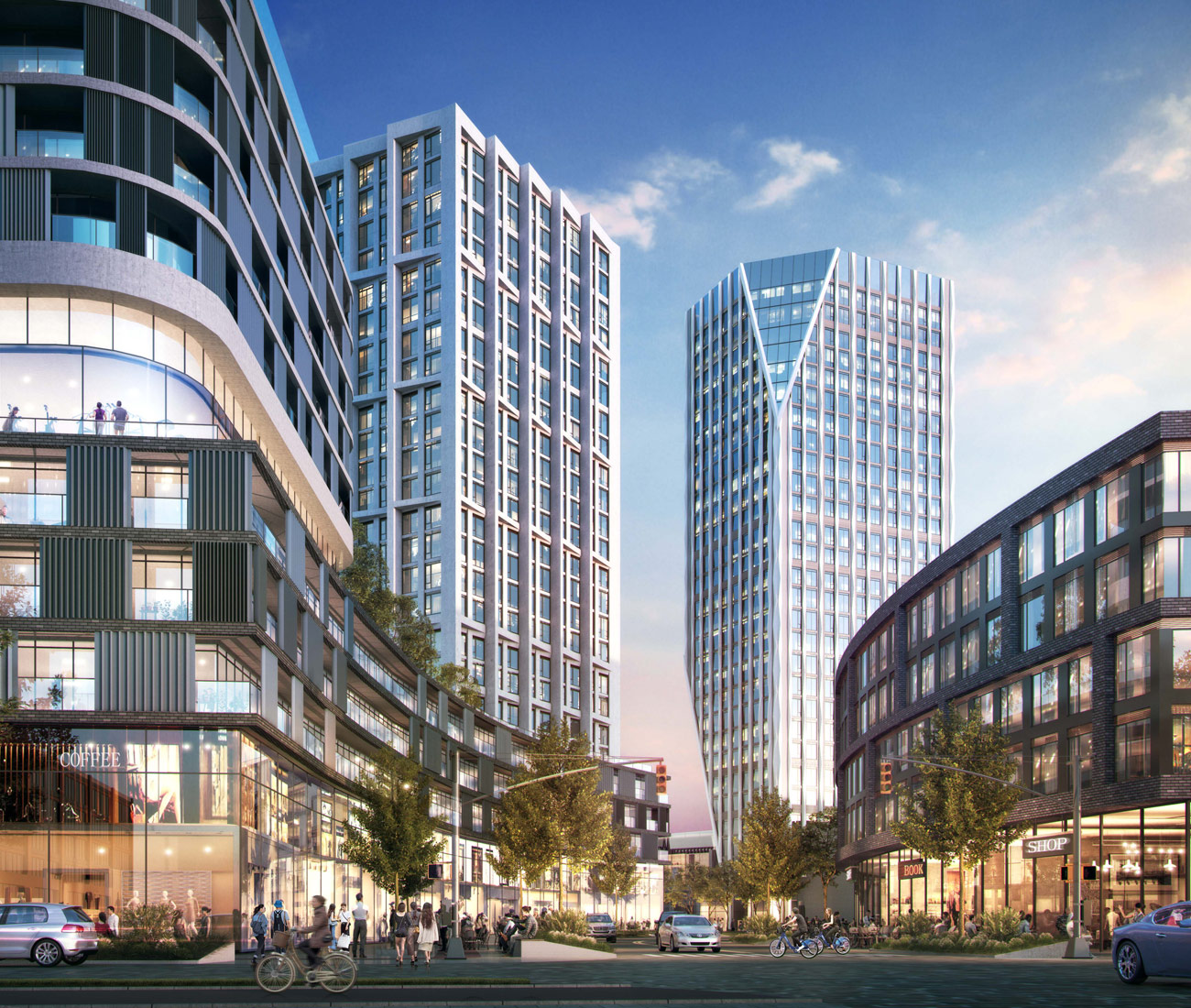 Brampton on the Rise

Brampton is growing up. At the corner of Main Street and Steeles Avenue, the surface parking and big-box retail of Shoppers World Brampton will soon give way to a new mega-project. Rich in public space and pedestrian amenities – designed by SvN and Quadrangle – developer RioCan’s vision for the mall prioritizes retail while adding some 5,000 residential units. The Quadrangle-designed buildings will vary in size and aesthetic, ranging from townhouses to a 28-storey tower. While the 30-year timeline means progress will be gradual – and doubtless the pandemic has adjusted expectations – RioCan submitted updated documents to the city last August stating it expected to break ground on the project in the next one or two years. RIOCAN.COM 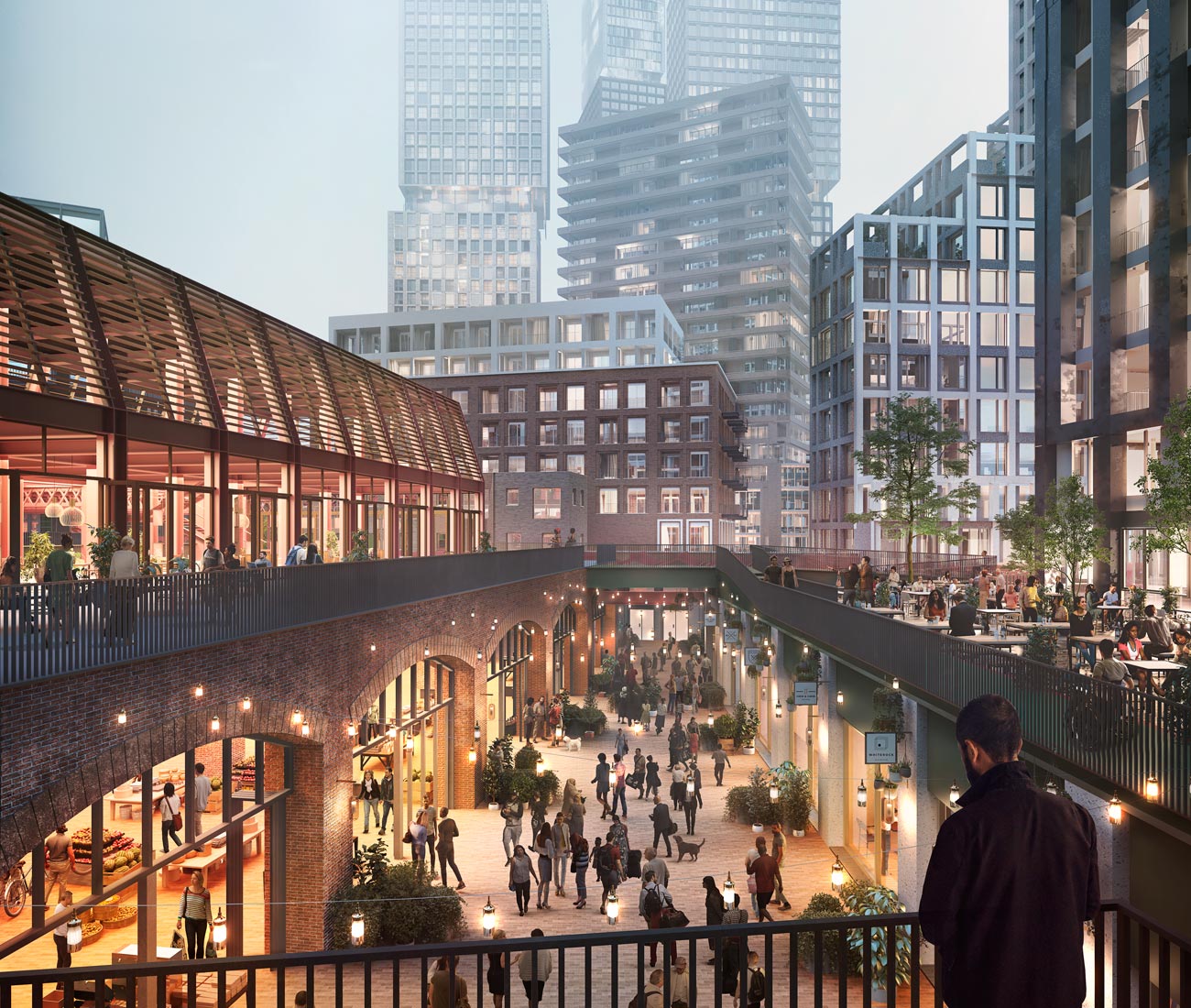 Mr. Christie, you make good… urbanism? At the Humber Bay Shores, the former cookie factory’s 11-hectare site is framed by Etobicoke’s growing skyline – and a lacklustre streetscape. All of that’s about to change with First Capital Realty’s unveiling of a plan to develop 15 towers – topping out at 70 storeys – atop an animated public realm. Along with offices, a hotel and over 7,000 residential units, the mega-development by Allies and Morrison with Urban Strategies calls for new park space, retail – lots of it – and an integrated TTC streetcar loop to create a complete community. A revised master plan submitted last July doubled the size of the park and increased assigned office space from 41,900 to 64,392 square metres. FCR.CA