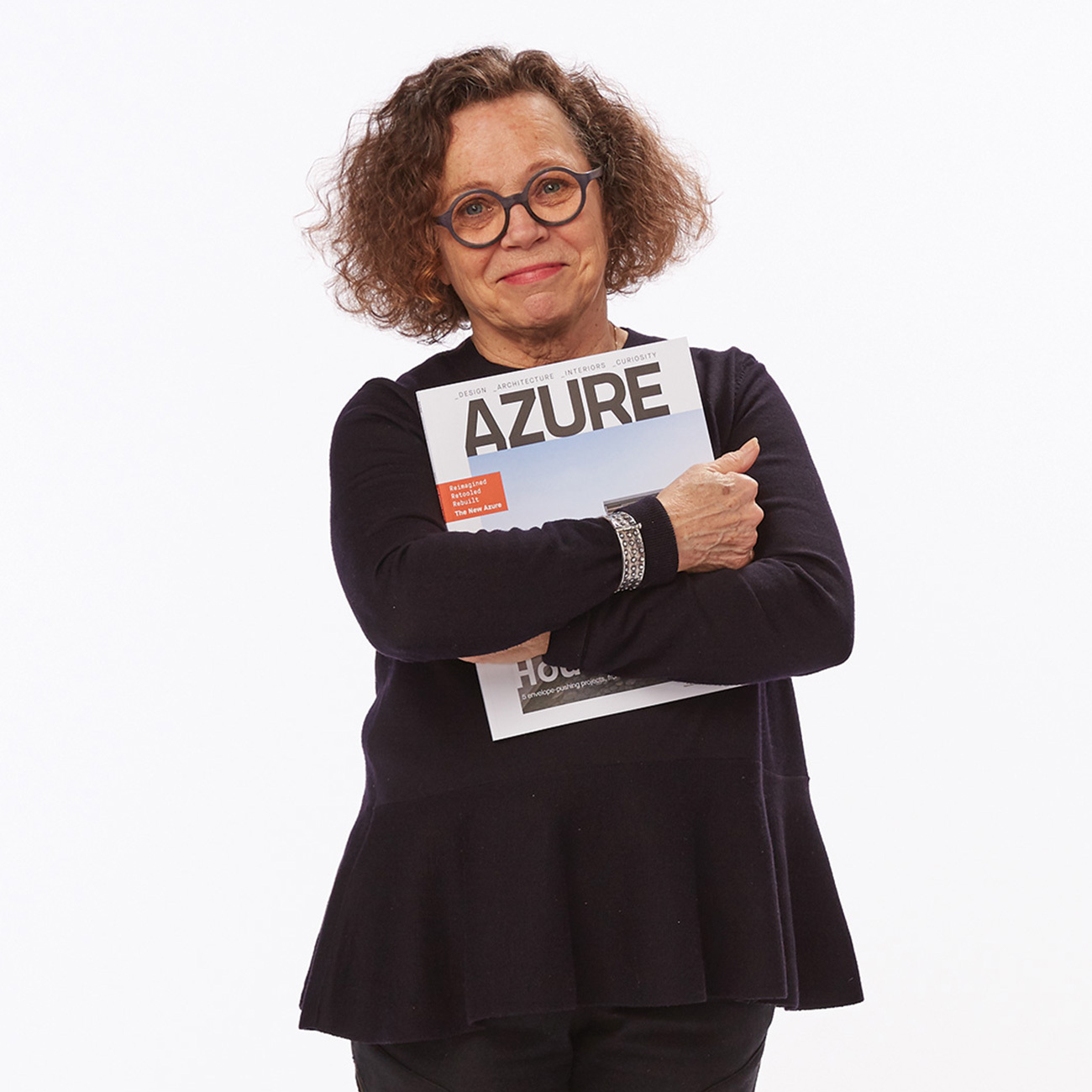 Azure’s co-founder and Editorial Director passed away on January 4, after a long illness.

It is with a heavy heart that we announce the death of Nelda Rodger, Azure’s co-founder and Editorial Director, who passed on January 4, 2023, after a long illness.

Nelda and her life partner, Sergio Sgaramella, founded Azure in 1985. At its inception a humble local tabloid, the publication grew and evolved over the years to become an authority on international design and architecture — owing to Nelda’s singular editorial vision, tenacity and integrity.

Over the past 38 years, Nelda poured her passion into Azure, which also meant nurturing the local design community, embracing the international design world and bringing them together on one unparalleled platform. In the pre-Internet age, and before design blogs, Pinterest and Instagram — and long before “design” itself was as much a known quantity in Canada as it is today — she championed the possibilities of design, of showing the innovative work of both established and emerging talents, and of doing it all with an intellectual vigour and an ambitious visual style.

Along the way, she wrote about and commissioned stories on numerous now-iconic practitioners – including Karim Rashid, Patricia Urquiola, Ron Arad, George Yabu and Glenn Pushelberg, and David Adjaye – who were at the time just beginning their careers, as well as interviewing many of the established greats, including Ettore Sottsass, Alessandro Mendini, Enzo Mari and Gaetano Pesce. She became a true design ambassador for Canada, travelling to Milan and the Venice biennale — as well as to New York, Copenhagen, Cologne and other cities on a regular basis — and bringing home international design content as well as design talents for lectures and summits.

From the earliest, oversize editions, Azure has brimmed with a wit and a sense of expansiveness of mind and spirit that are pure Nelda. Over the decades, she was an example for countless writers, editors, art directors and Azure-ites. She showed them how to understand, appreciate and question design and how to tell stories about our ever-changing world. She pushed the definition of “design,” spearheading issues about the creation of cities, the meaning of water, and the future of food, long before these realms were considered to be within its scope.

As the print magazine grew and gained both readership and recognition, she and Sergio consistently sought ways to expand the brand, transforming it from Azure magazine to AZURE Media. Her energy was boundless and inspiring to all those around her. Nelda was integral to the evolution of Designlines magazine and azuremagazine.com and to the inception and stewardship of the AZ Awards. The first-of-its-kind awards program based in Canada — with its international focus and star-studded jury — the annual competition grew in size and stature under Nelda’s leadership to adjudicate architecture and design of the highest calibre, attracting over a thousand entries a year from the best firms worldwide. She was especially proud of the AZ Awards, which culminated in an annual gala — where hundreds of industry luminaries come together to celebrate design — that brought her immense joy.

Nelda’s legacy will guide us through this difficult time. Her influence and wisdom will continue to inform the work we do.