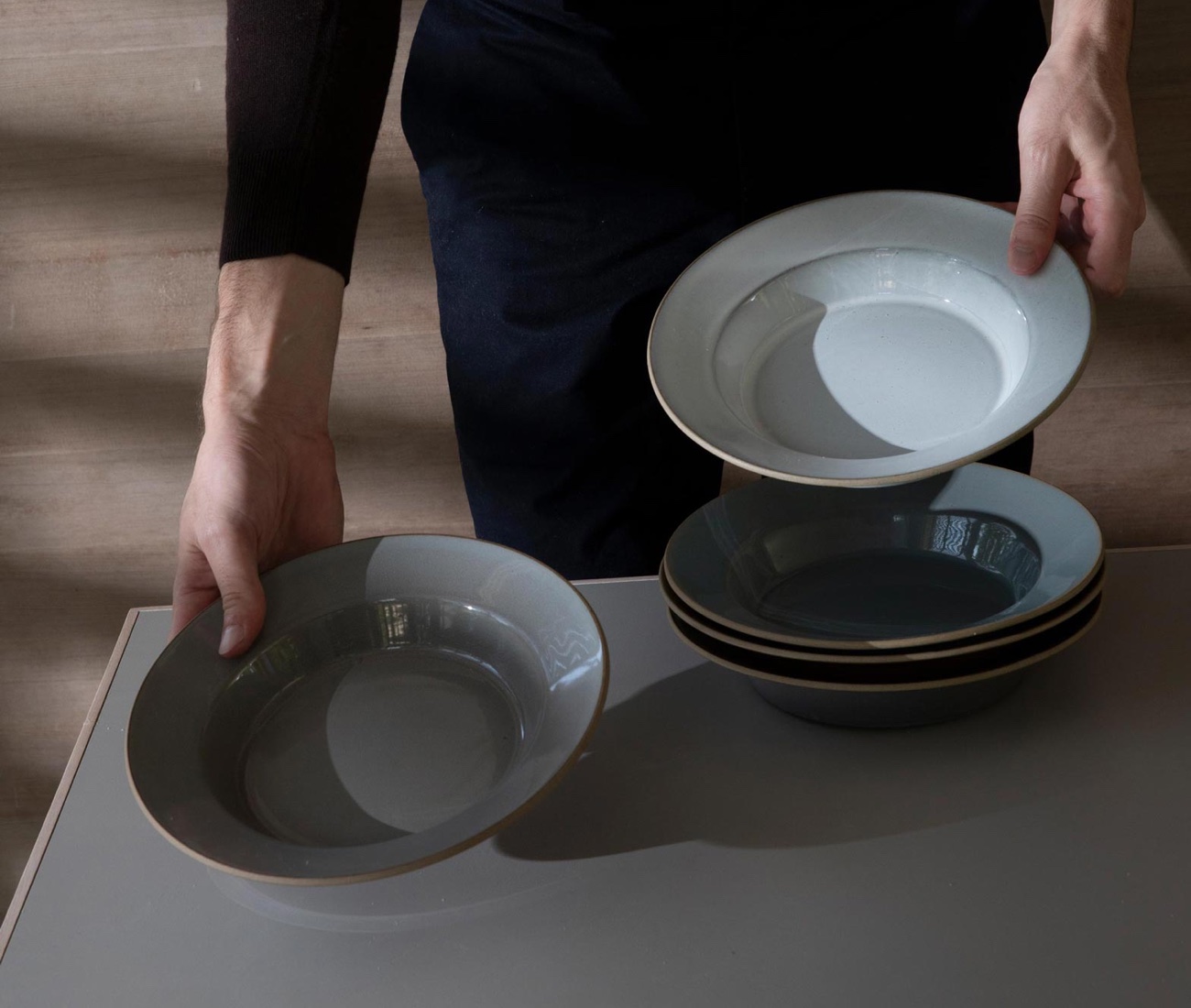 Yabu Pushelberg, best known for its luxe hotel interiors, has entered the housewares game — and now, everyone can play

George Yabu, Glenn Pushelberg and luxurious interior and product design have a close and well-earned association. Through their eponymous Toronto- and New York-based firm, the pair have worked with major global hotel brands, including Four Seasons, Park Hyatt, and Marriott International, as well as retailers like Bergdorf Goodman, Printemps, and Lane Crawford. As one would expect, enjoying Yabu Pushelberg’s five-star work has typically come at a five-star cost. But following a series of high profile partnerships with Glas Italia, Henge and Ligne Roset, amongst others, Yabu and Pushelberg pivoted.

Enter Departo, a line of direct-to-consumer housewares designed in collaboration with Stellar Works’ Yuichiro Hori. The objects are simple, well-made essentials — a folding chair is amongst the flashiest — and come in at an accessible price point. Less focal point than supporting cast, they really only shine at second glance, when the minimalist lines and considered materials become apparent.

It should go without saying, but renowned interior designers that dive head-first into product design will get the attention of the editors here at Designlines and our sister magazine Azure — even moreso when they open a pop-up in Yorkville during the holiday season (open until December 28). Below — after taking second, third and fourth glances — the editors of both magazines weigh in on their favourites. 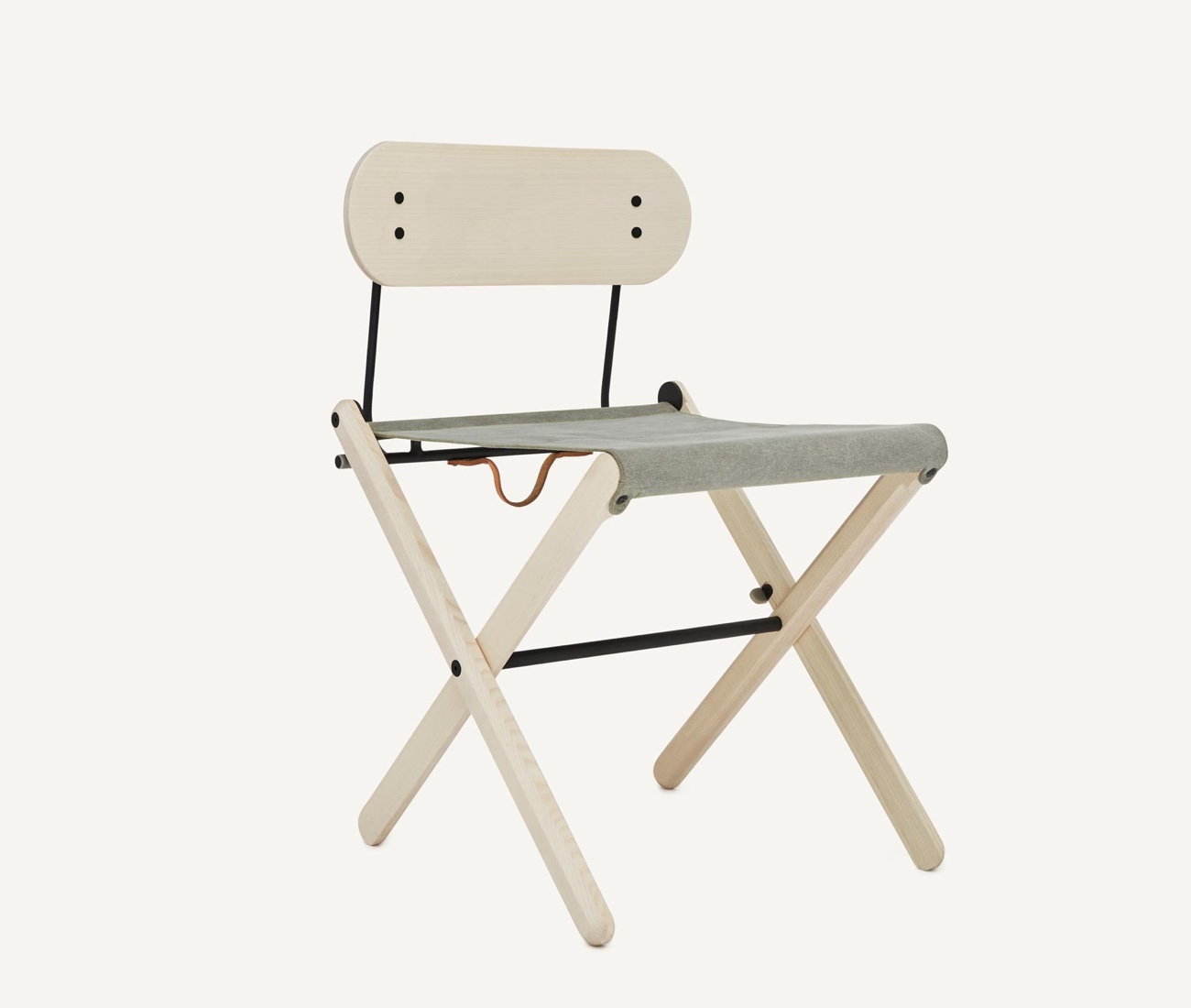 Folding chair: “I would have gladly checked luggage on my recent flights to Mexico and Barbados if it meant easily carting and then lounging beach-side in this canvas chair. The leather, oak and steel details are surf town–sophisticated – next time for sure.” 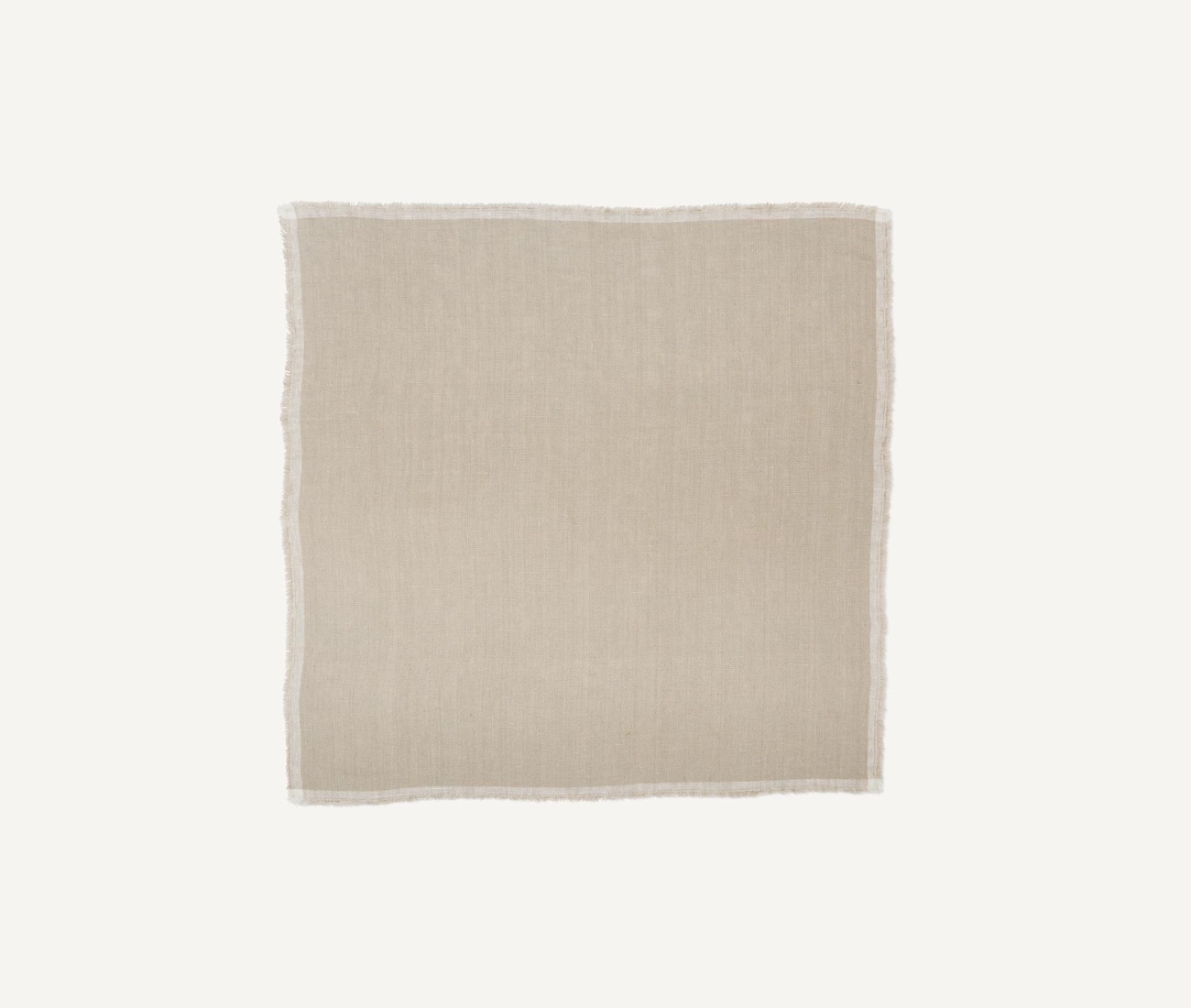 Linen napkins: “Not enough people use cloth napkins these days, but the Departo variety, made from 100 per cent linen and available in four natural tones, may change that. Blending the elegance of a finely woven serviette with the rusticity of a Turkish towel, each is defined by handsomely frayed edges lined in contrasting shades, giving a touch of the exotic to the everyday. And they’re generously proportioned, measuring 56 by 56 centimetres. If this doesn’t herald cloth’s return, nothing will.” 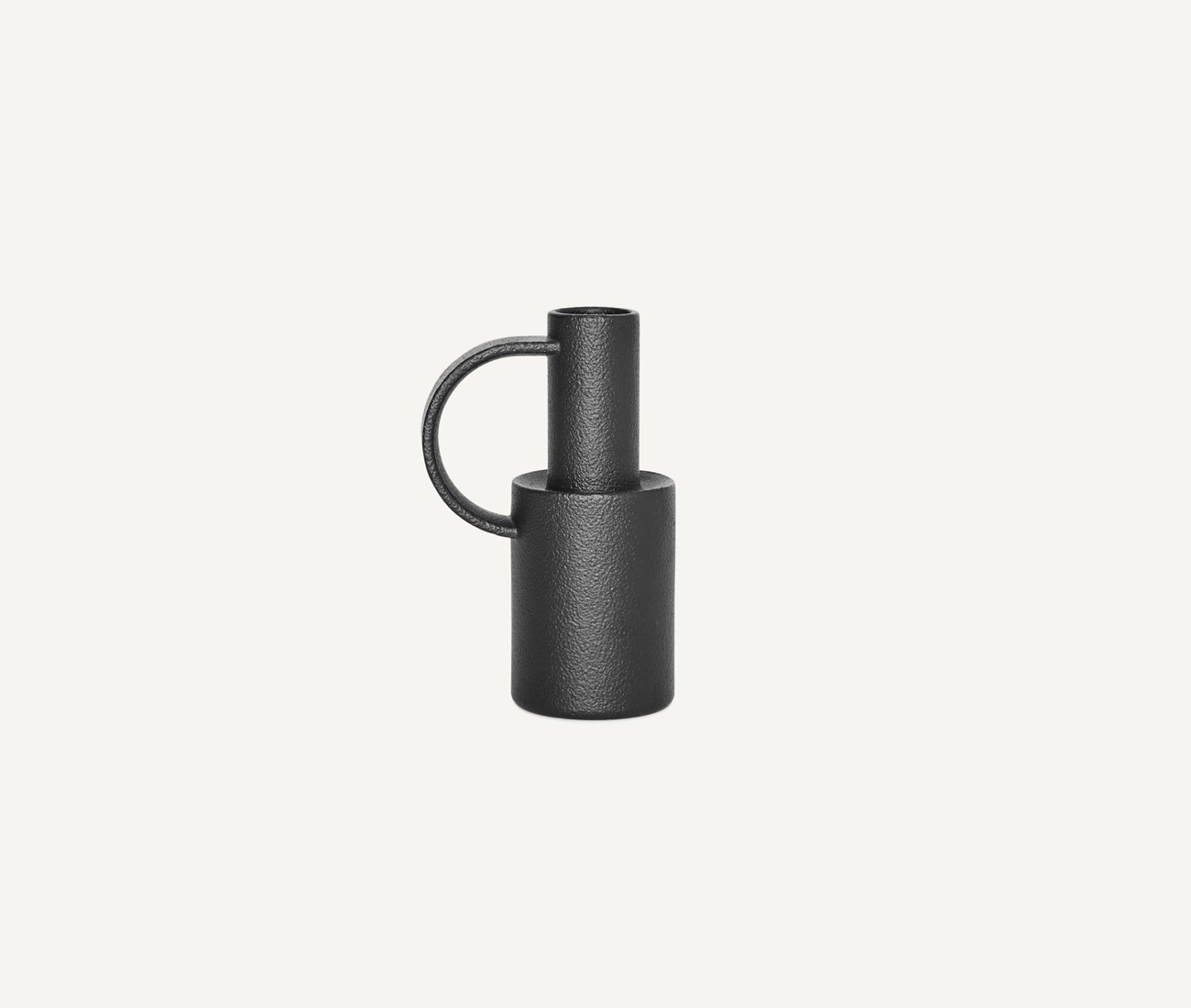 High candle holder: “I like the weight of it in my hand and was taken with how they displayed it as both a candlestick holder and a vase at the pop-up. It came in this adorable packaging: all of Departo’s wares come in a cardboard box with an illustration of the item inside and a hand-scrawled note describing a UFO sighting – YP raided NASA’s archives for this odd little vignette just so that their packaging could be extra.” 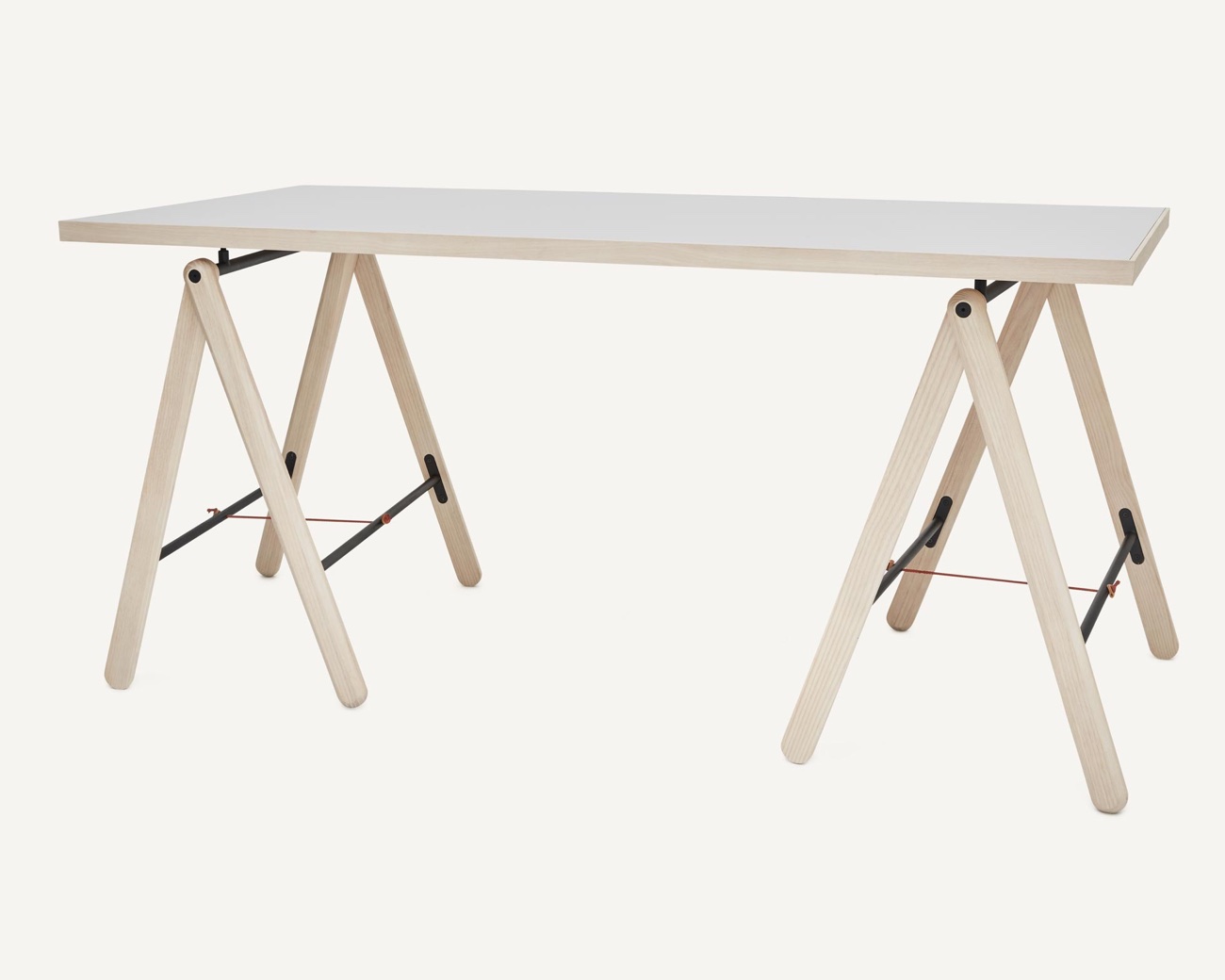 Trestle Top and Trestle Legs: “There’s something so appealing about the utility of a trestle leg table, elevated in the Departo version through a considered materiality. In this case, pale natural ash is accented with inky black powder-coated steel and leather and red-rope detailing. The table’s powdery linoleum surface adds durability while maintaining an overall elegance. Take note: the tabletop and legs are sold separately.” 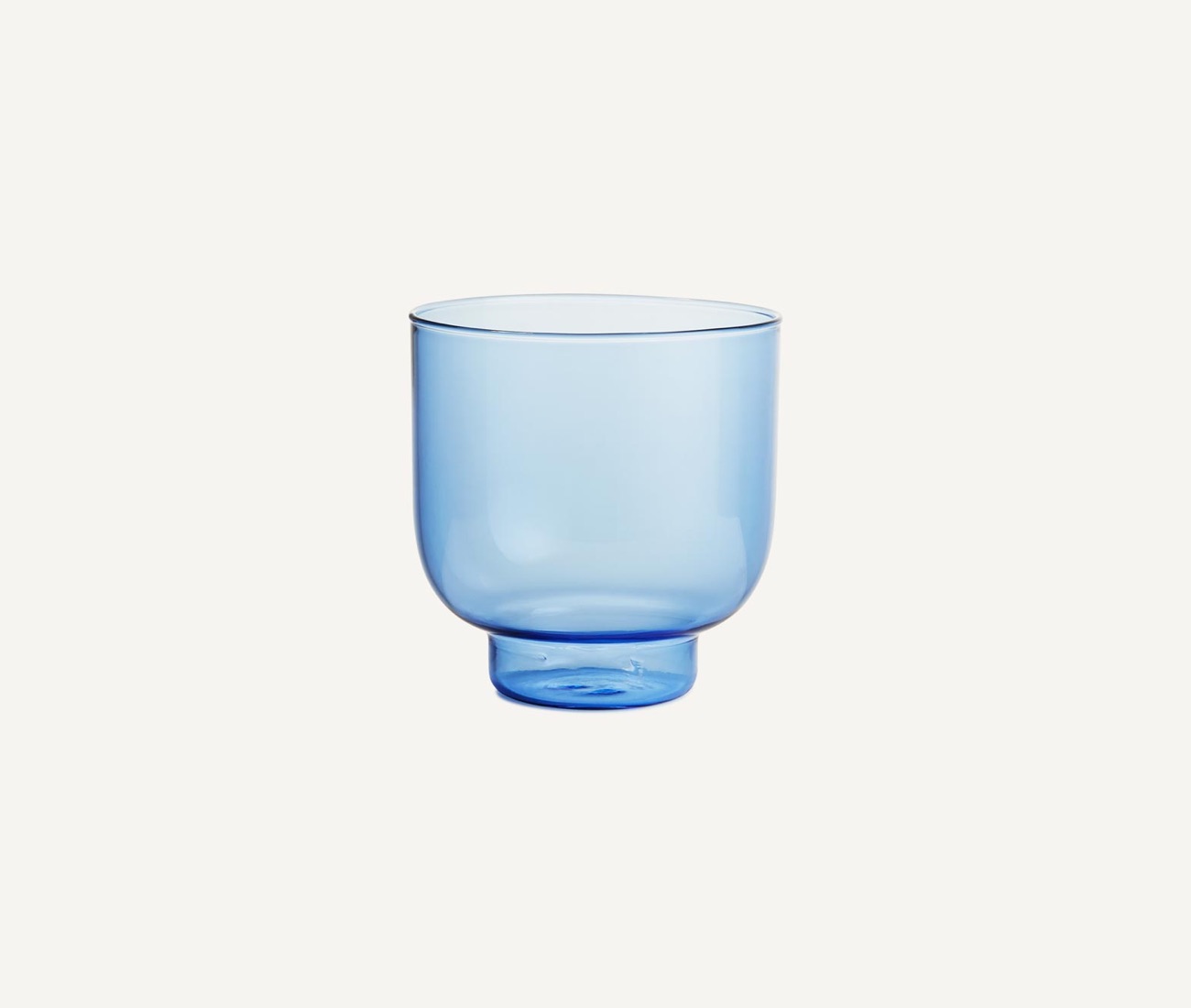 Low glass: “It’s a sleek chalice for the everyday. Available in clear or ocean-blue glass, and also offered in a high version, the delicate and lightweight vessel resting atop a shallow cylindrical base is perfectly suited for a range of libations – from well-crafted cocktails to wine. At only 8.2 centimetres wide, it’s sure to leave plenty of room on your bar cart. A glass of water never looked so good.” 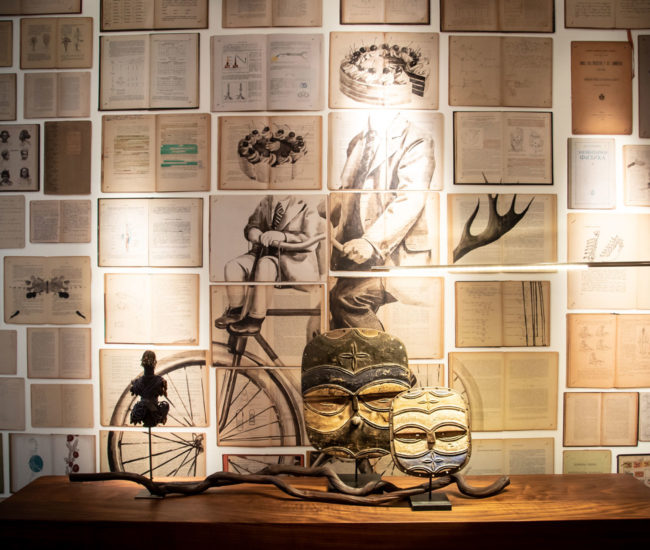