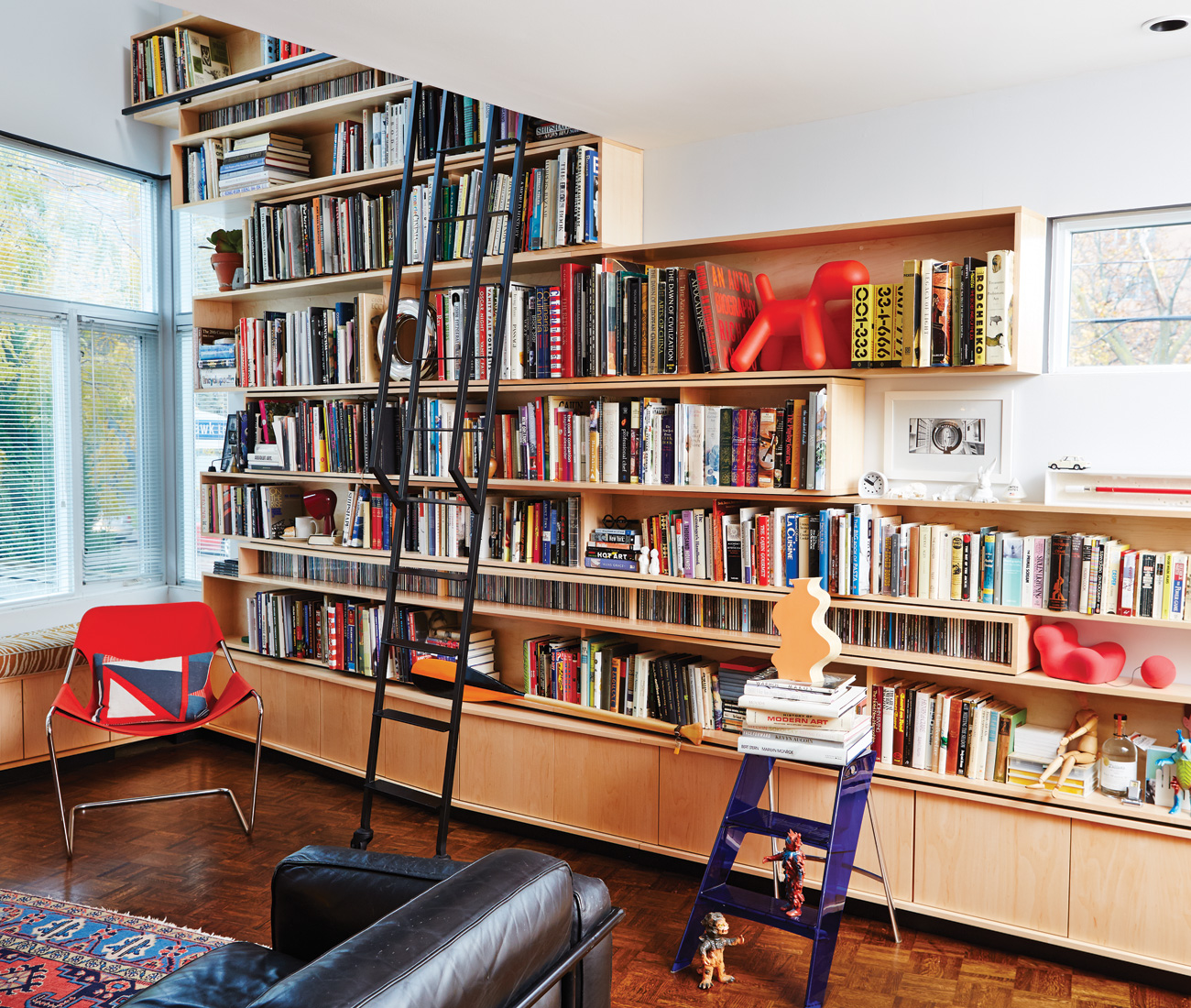 Architect Luc Bouliane and the matter of the behemoth bookcase

For almost a decade, Catherine Osborne (former editor of our sister magazine, Azure) and her husband, Kaspar deLine (creative director at the communication and design firm Mamone & Partners), went without bookshelves. Their glossy art tomes, yellowed vintage cookbooks and sailing guides sat in neatly stacked piles on the floors of their south Cabbagetown home. “We’re maximalists,” jokes Osborne. “Azure is all about minimalism, but I’m not living that way.”

In 2012, she set out to solve the “book problem.” She initially envisioned a two-storey Billy bookcase, stretching from floor to ceiling in their clerestory living room. The simple solution was complicated by the structural challenge of bearing the weight of 1,200 books in their pie slice–shaped house – a 1989 infill design.

They’d need to work with an architect – a first for both. At a Christmas cocktail party, they met Luc Bouliane, who’d just launched his own firm after several years working at Teeple Architects, and had recently built a custom bookcase in his home. He thought the couple’s creative lives were far more interesting than their proposed design, and he came up with a more sophisticated riff: elongated maple boxes stacked in an offset pattern, to create a seemingly unending tower of books.

Presented with sketches, deLine fell in love with the idea, while Osborne kicked him under the table. She liked how Bouliane’s vision transformed a wall of books into a sculptural piece, and skirted costly structural renos by mounting single shelves directly onto the wall. And though his quote was double their budget, his twin solutions sold her. Bouliane, in turn, looked to the couple for inspiration. “When your client goes to design fairs in Milan and comes back with photos of amazing European libraries,” he says of Osborne, “it ups the ante.” 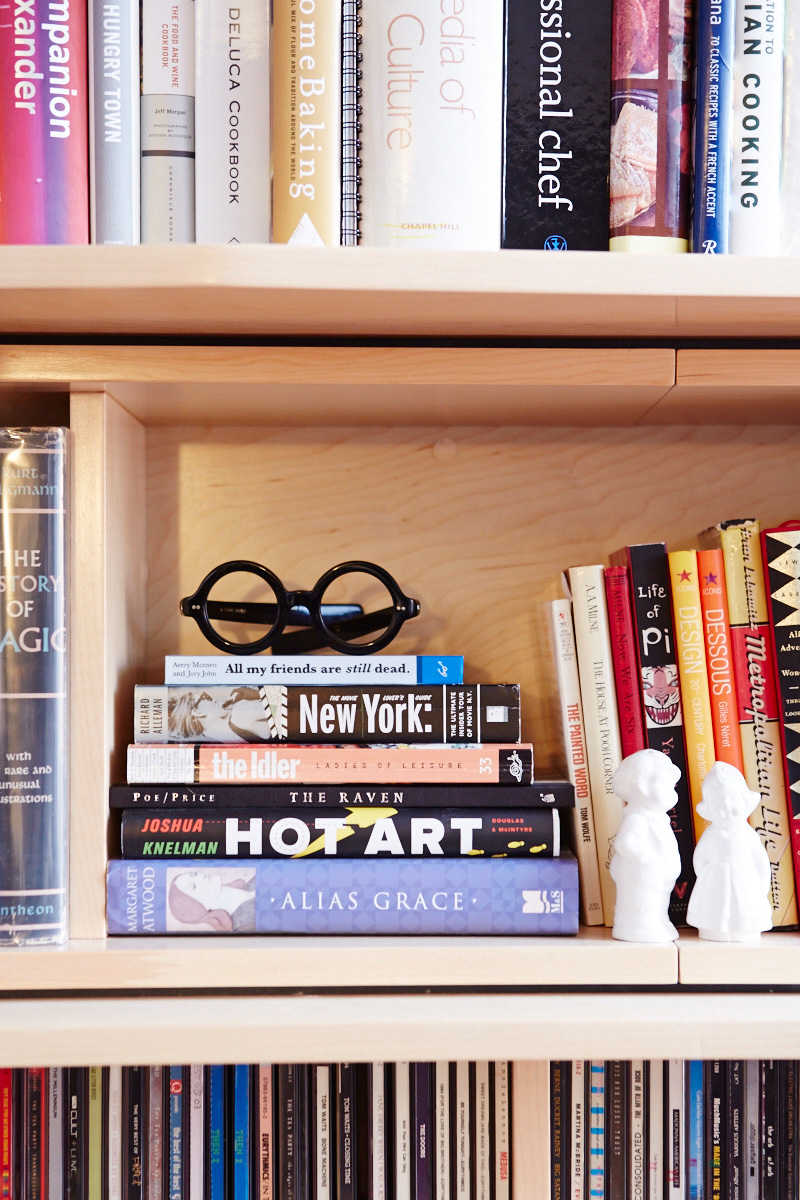 After measuring all their books, he built various-sized boxes to create uniform gaps between the volumes and the shelf tops, adding thin spacers between each box to avoid a saggy look. The gently angled edges slope in and out horizontally, creating undulating lines that move with the home’s funnel shape and suit different book formats. Not only did he create a striking centre-piece for the couple’s varied interests and passions; he brought even more verve to their uniquely stylish home. lucbouliane-architect.com

Originally published in our Spring 2014 issue as Project Library.