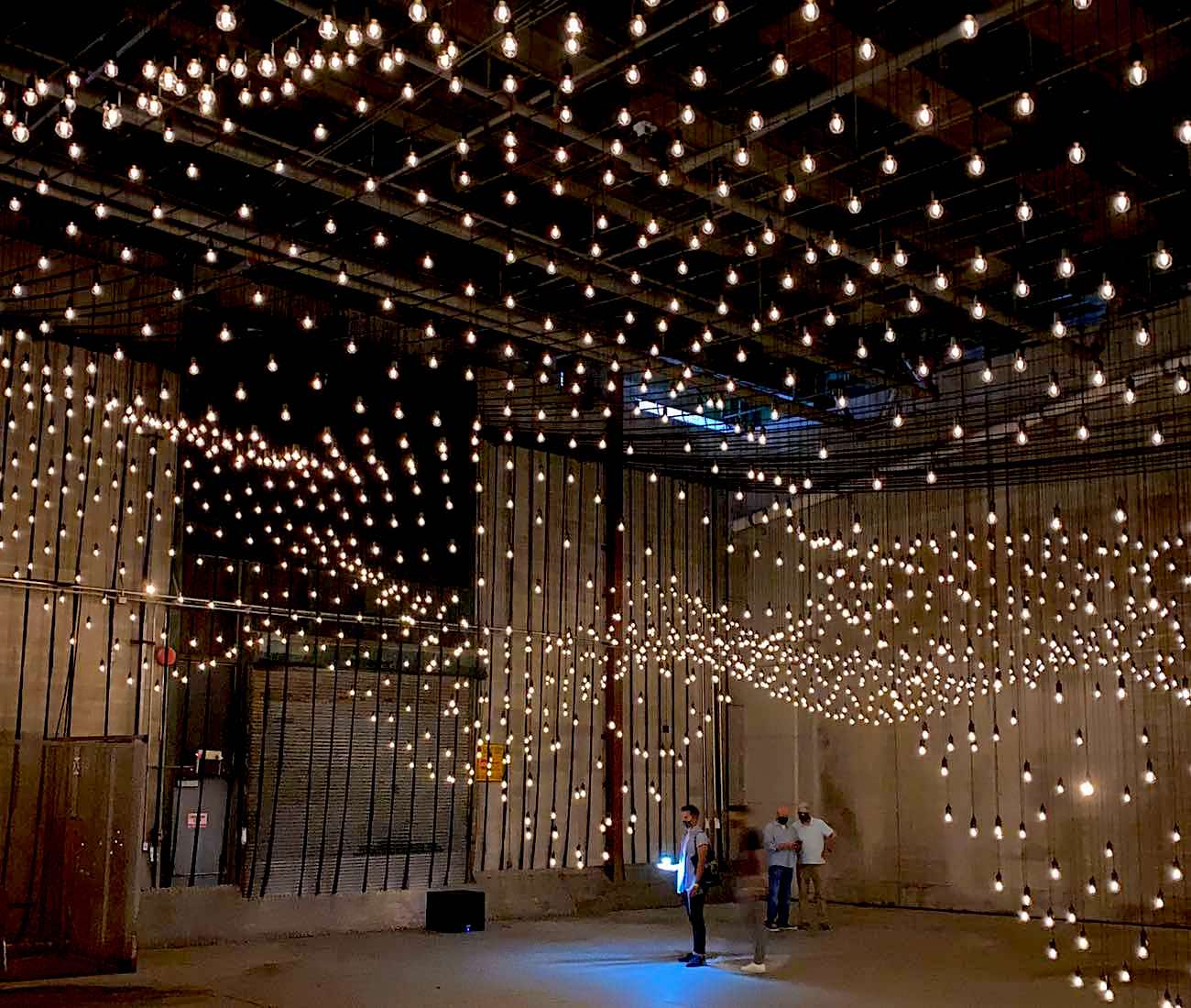 Public art programming is grappling with some pretty lofty goals right now: namely, to bring people back together (safely) and to help them move on from the past year’s stress and isolation. Continuum and Pulse Topology, two immersive art installations on display this past weekend at Fort York and the Bentway, respectively, serve to underscore the positive impact that can come from carefully controlled communal experiences.

By bringing creative energy back to our shared urban spaces, artists Krista Kim and Rafael Lozano-Hemmer are working to restore some of the city’s vitality and foster a stronger sense of connection among its residents. Here’s hoping their works represent just the beginning of an even bigger public art boom.

October 2-31. Tickets must be booked in advance. Suggested donation: $5 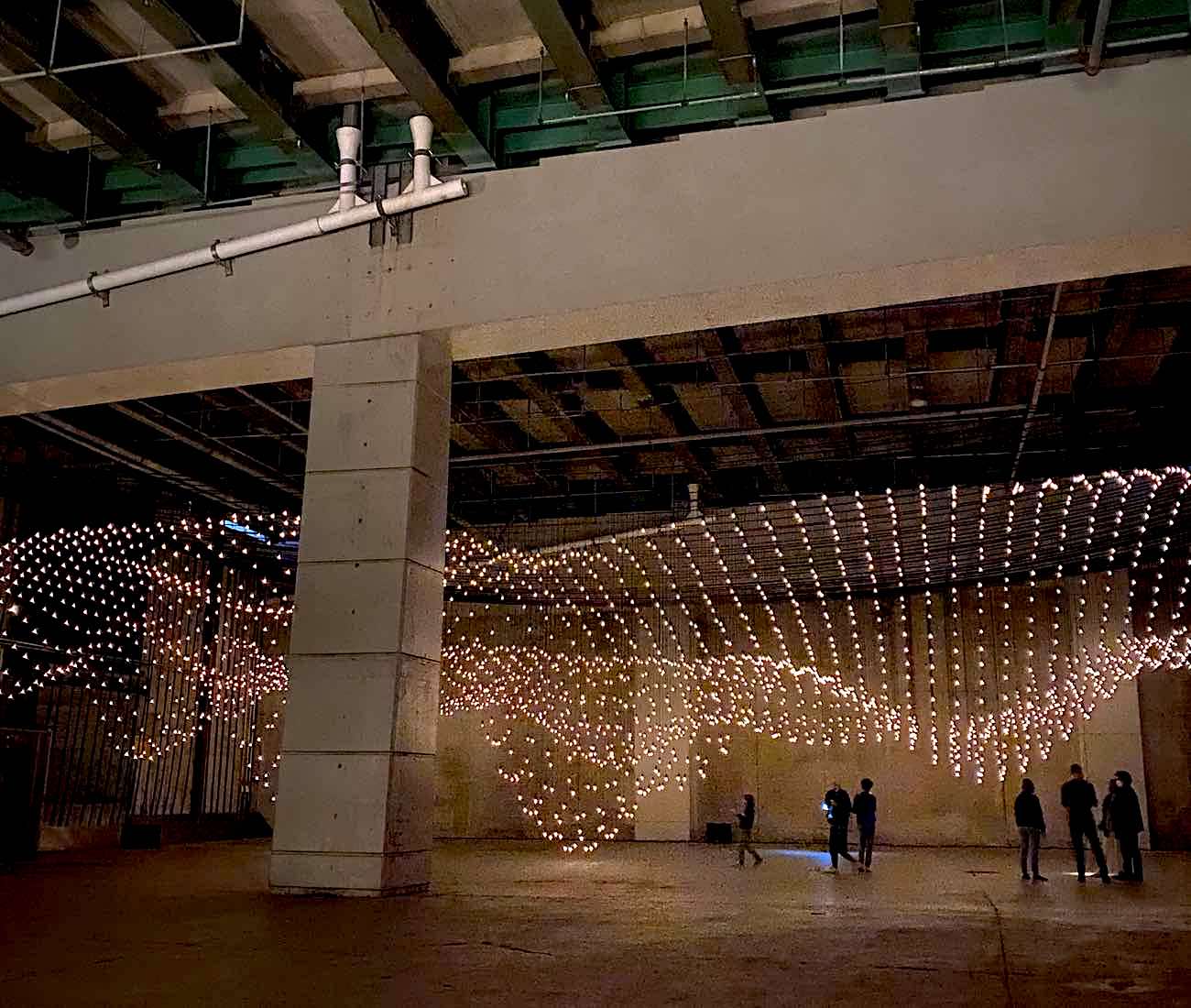 After transforming the area under the Gardiner Expressway between Strachan Avenue and Fort York Boulevard into a beer garden, ice skating rink and performance venue, the Bentway has now set its sights on new territory slightly farther west. Thanks to a partnership with Exhibition Place, the public space organization scored rare access to an enclosed storage chamber built beneath the Gardiner – and never before opened to the public. 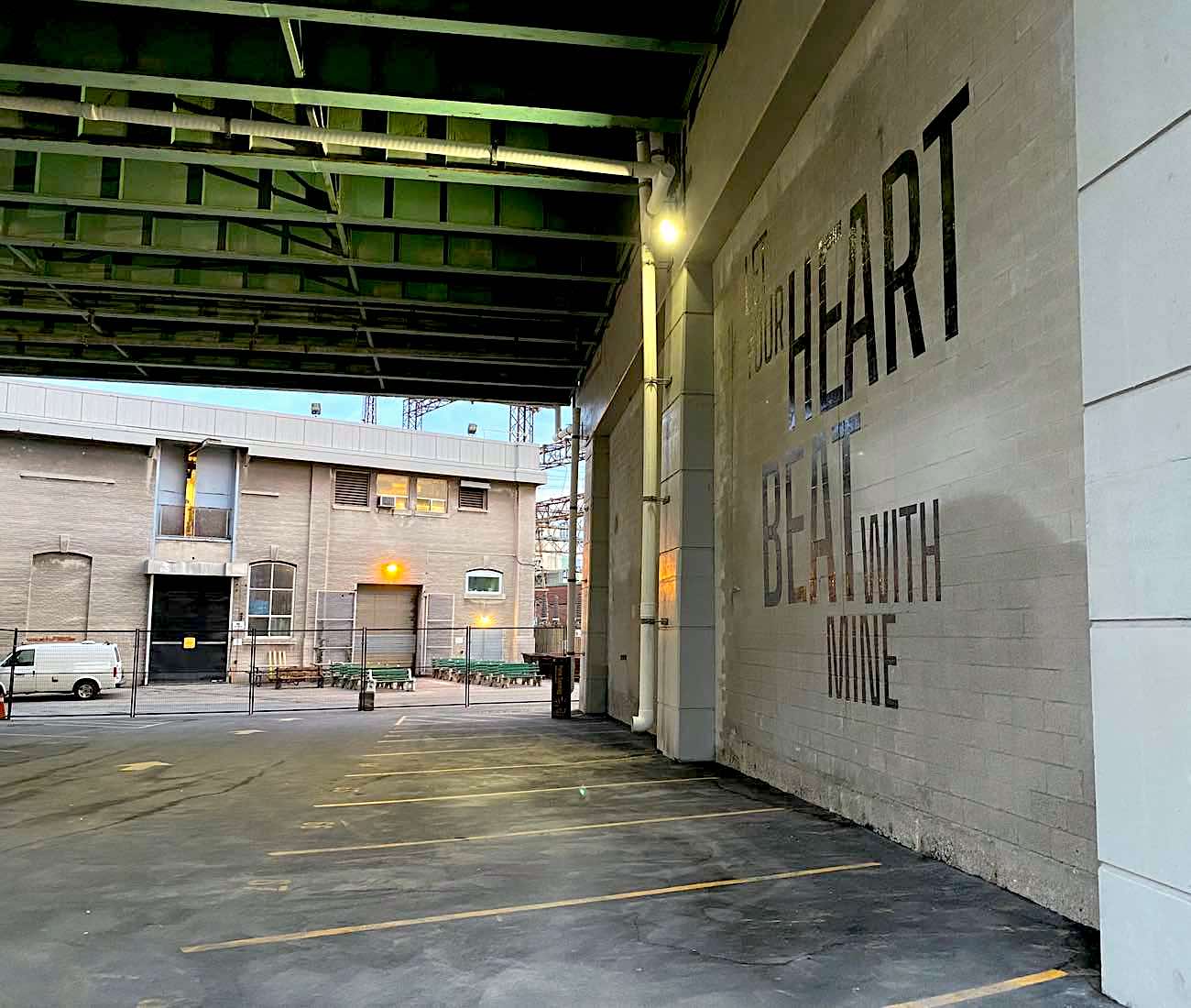 For the rest of October, the tucked-away industrial space is home to Pulse Topology, an interactive lighting installation by Mexican-Canadian artist Rafael Lozano-Hemmer. The setup comprises some 3,000 light bulbs hung in a sinuous arrangement that resembles an inverted mountain landscape. Three suspended biometric sensors invite visitors to hold their palm underneath – no touch required – and contribute their heartbeat. The installation’s lights and speakers then begin to pulse in sync with this rhythm before gradually folding the heartbeat into a sequence that merges together visitors’ contributions. In this way, the piece promotes a shared sense of connection that has been all too rare in the past year. 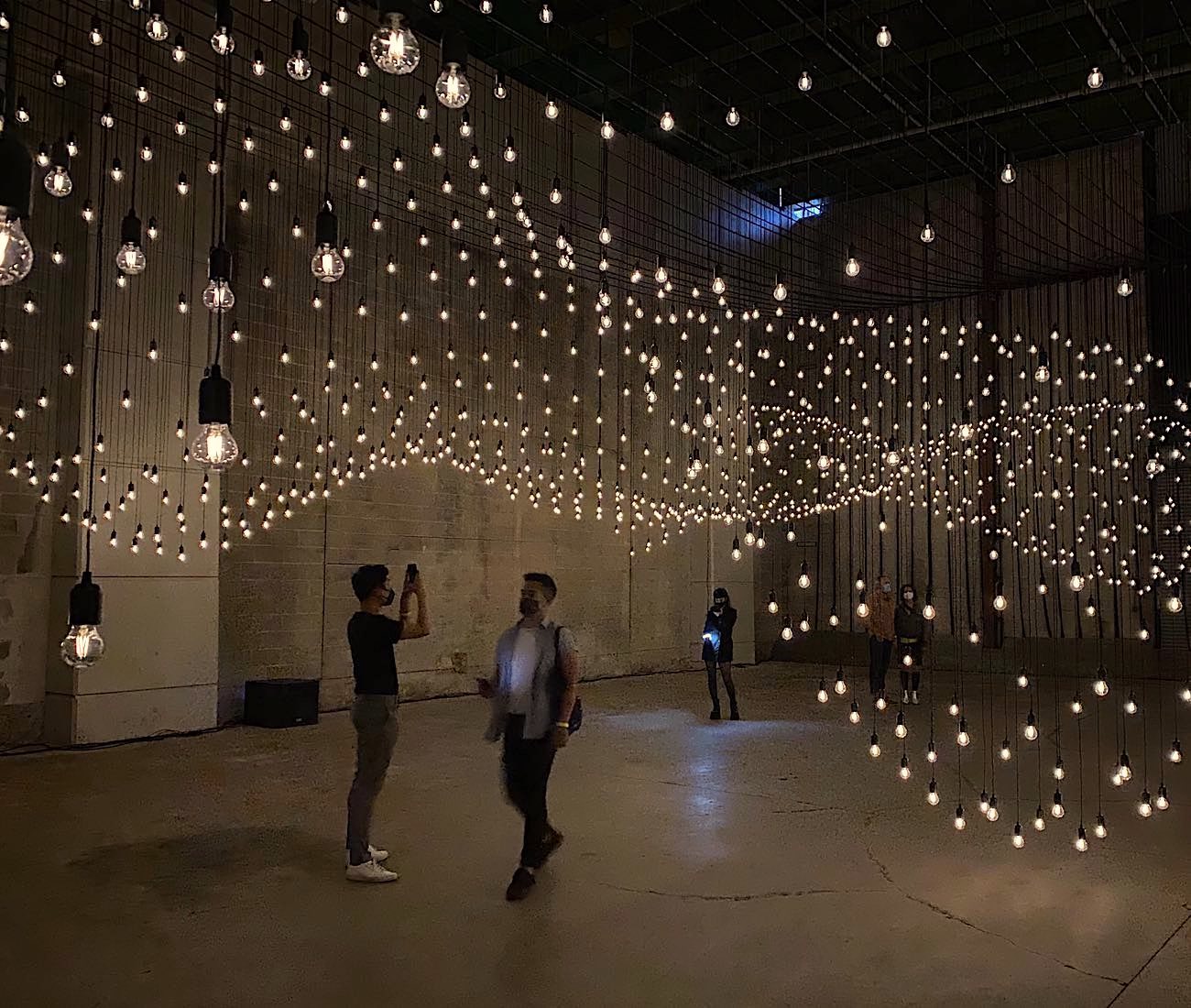 While Pulse Topology is powered by complex behind-the-scenes tech, it ultimately transcends digital spectacle to deliver a deeper, more meditative experience. And here, setting proves to be a key part of the experience. As the ambient noise of cars and trains drifts in and out, visitors are reminded that even after the installation closes, we are all contributing to the steady heartbeat of the city.

While this installation ended on October 4, those who missed the experience can still enjoy some of the magic via this archived YouTube livestream. 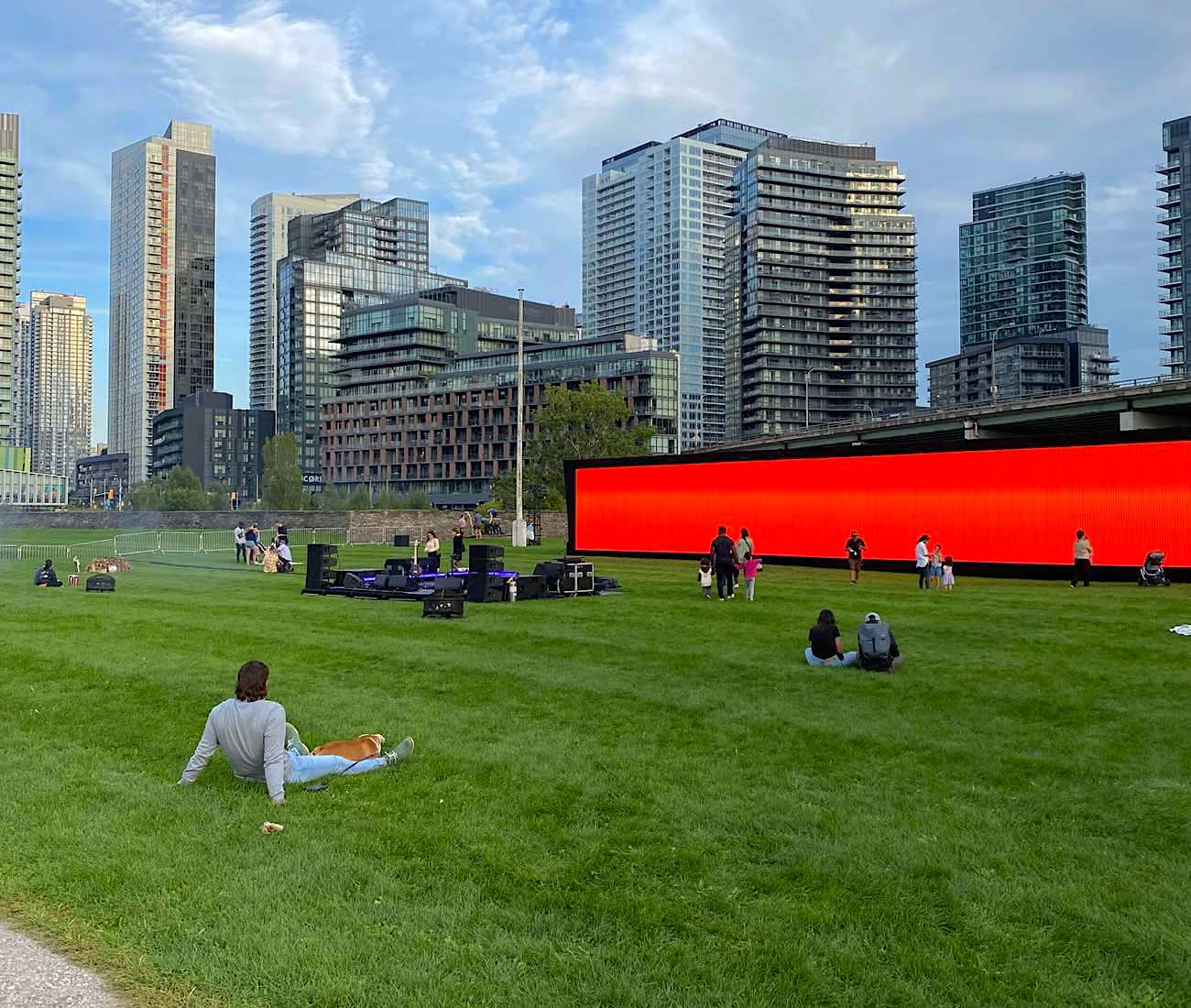 Think of this installation by Toronto-based multimedia artist Krista Kim as the audio-visual equivalent of a deep exhale. A 30-metre-long video wall installed on the grass at Fort York from October 2-4 spent the weekend cycling through various colours, shifting from a red-orange gradient one minute to a blue-green one the next. Positioned against a backdrop of mostly grey skyscrapers, the giant mood ring became a monolithic presence. 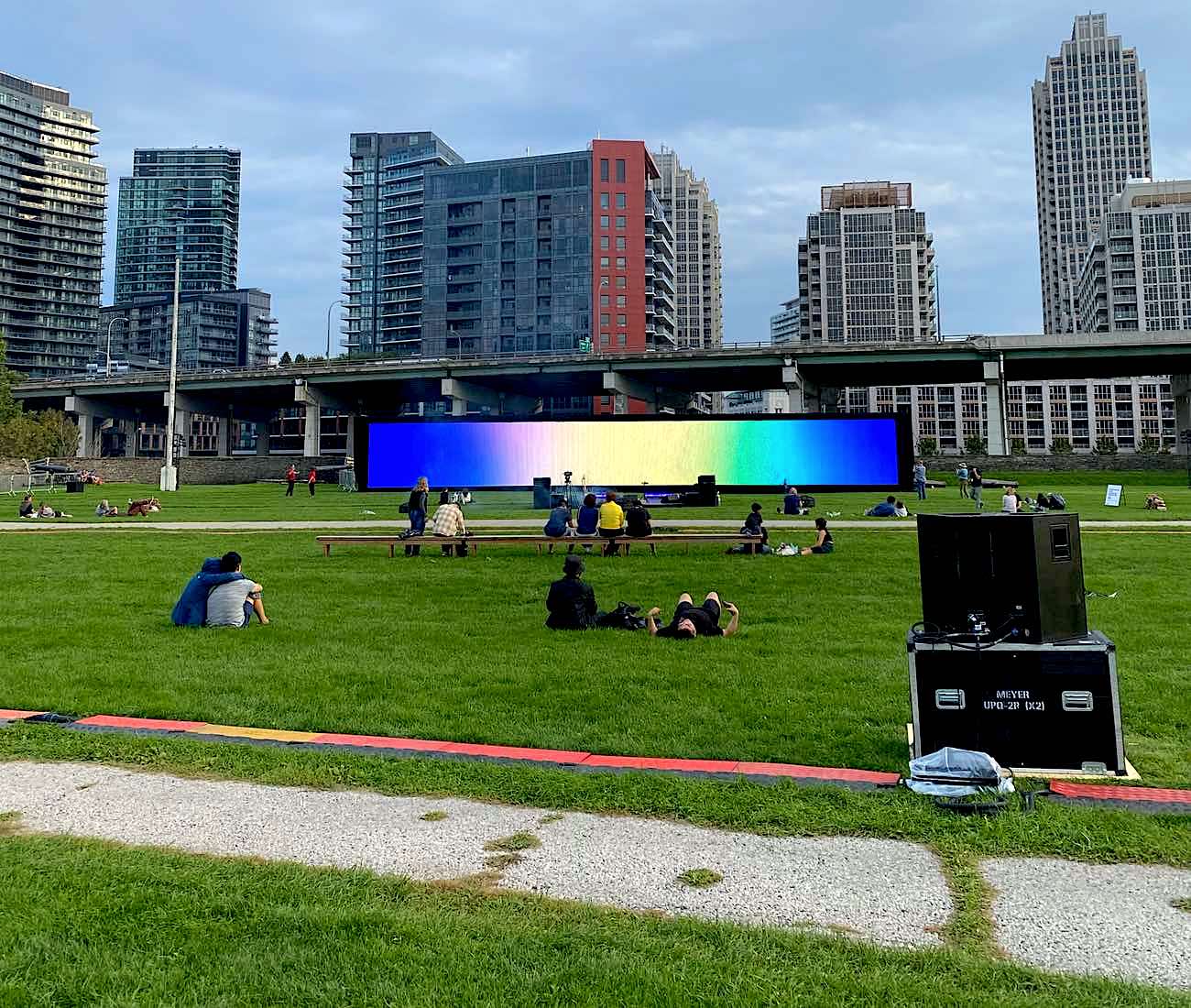 But Continuum’s real strength lay in its soothing powers. As the installation entranced visitors with its bright neon hues, a gentle soundscape composed by Smashing Pumpkins guitarist Jeff Schroeder – who visited to perform the score live a few times throughout the weekend – added to the spiritual atmosphere. Schroeder’s orchestration even managed to tame the chaos of the nearby Gardiner Expressway, drowning out engine noise and making the steady flow of traffic feel like a choreographed part of the rhythmic performance.

Envisioned to bring healing in the wake of the pandemic’s challenges to mental health, Continuum was accompanied by a meditation video featuring Kim leading visitors through calming breathing exercises. In an Instagram post, Continuum curator Umbereen Inayet also noted that the installation’s band-like form resembled the wampum belts used to mark Indigenous land treaties, and drew attention to the fact that the installation sat on Toronto’s original shoreline. She saw the piece contributing to Fort York’s ongoing evolution into “a Centre of Peace.” 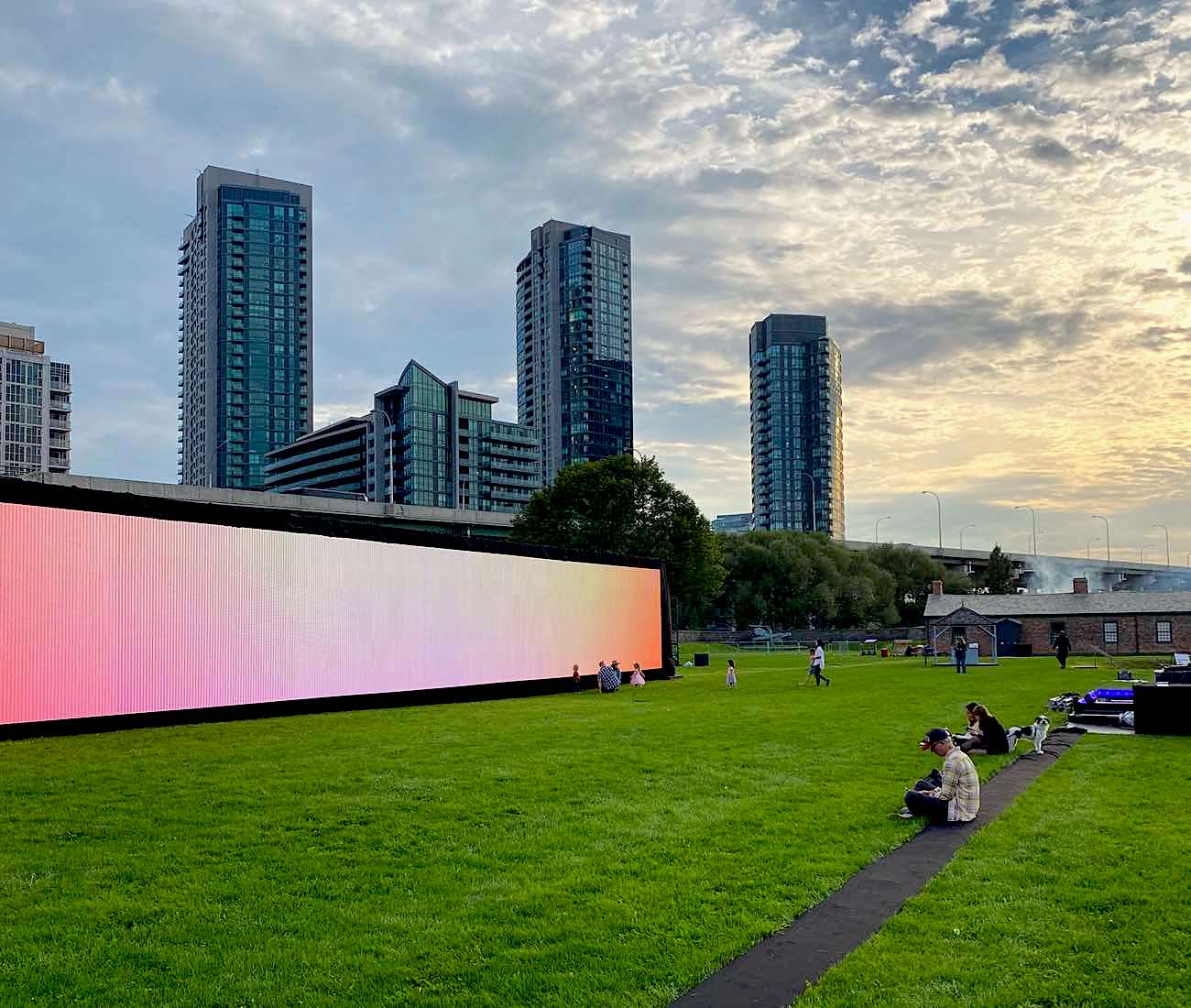 The installation is part of a larger program being run by Toronto History Museums, Awakenings, which is dedicated to initiatives by BIPOC artists. Additional projects on display this month include Adeyemi Adegbesan’s projection of Mary Ann Shadd, Canada’s first Black woman newspaper publisher, at MacKenzie House, plus a 10-day program of additional projections featuring outtakes from films challenging colonial narratives.