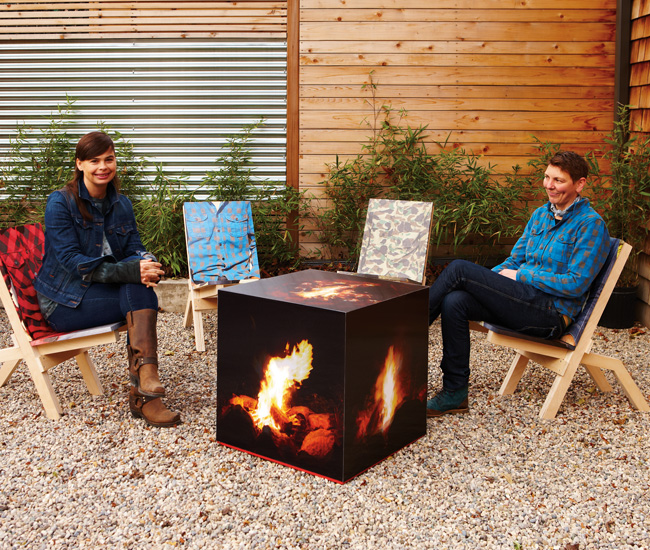 Christina Zeidler was born to a family of architectural preservationists who rescued the Gladstone Hotel and 401 Richmond from probable demolition, before transforming both into distinctive cultural hubs. As the Gladstone’s current developer and president, as well as co-founder of its popular alternative come Up To my Room design fair (now celebrating its 10th anniversary), this particular zeidler is at the forefront of Toronto’s maturing art and design scene.

A self-proclaimed “multidisciplinary-ist,” the hotelier, designer, musician, filmmaker and activist is breaking ground again. Her full-length lesbian romantic comedy, The Serial Monogamist, set in and starring Toronto, is being funded by crowd-sourcing. and in collaboration with her partner, Deanne Lehtinen, and Made, she’s created a campfire-inspired line of lounge chairs, printed with lumberjack shirts, and cube-shaped light boxes, with lenticular images of flickering flames. Nothing manifests communal feelings like gathering around an open fire. christinazeidler.com