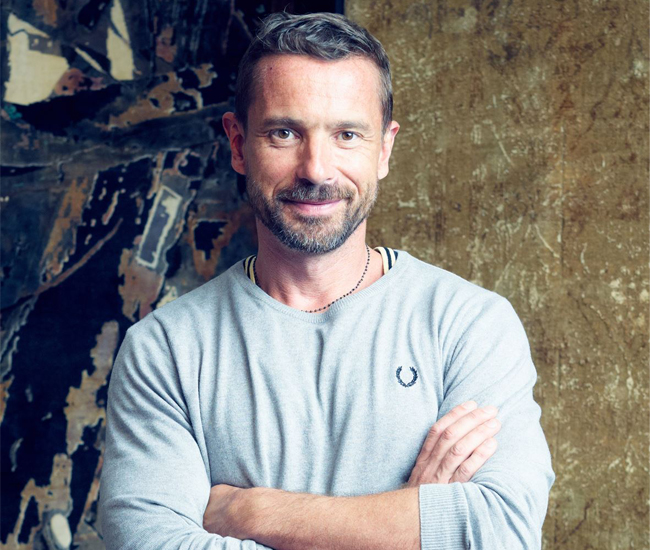 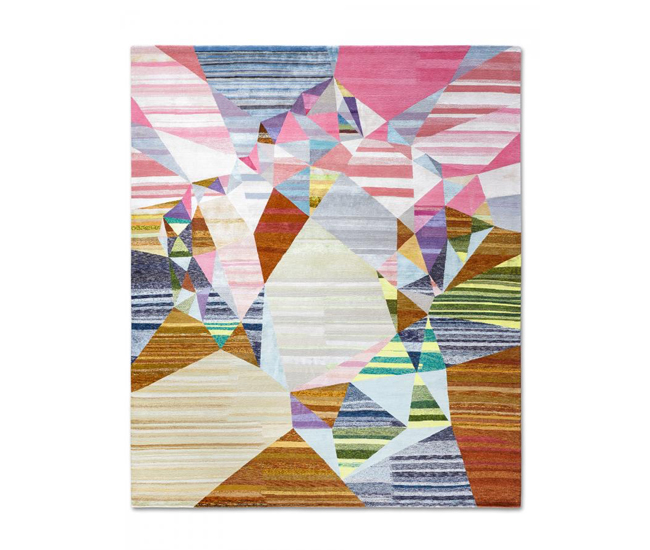 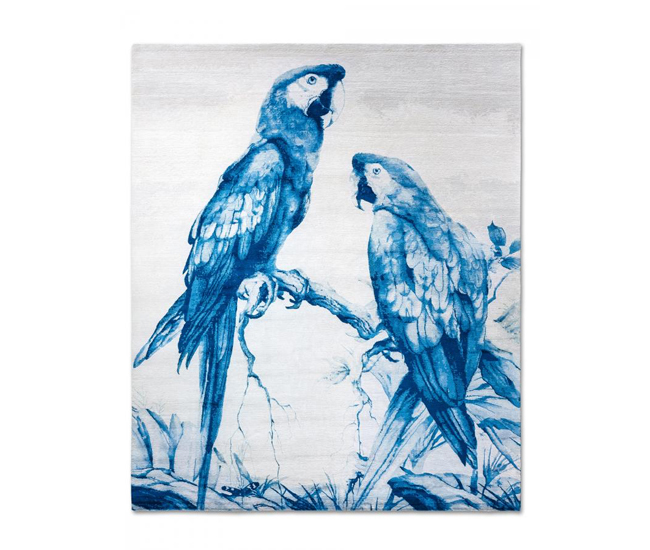 Design Parrot no. 2 by Rug Star. 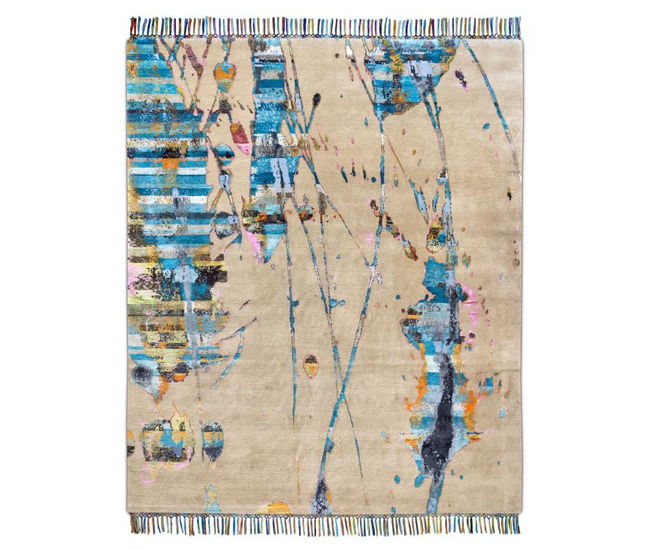 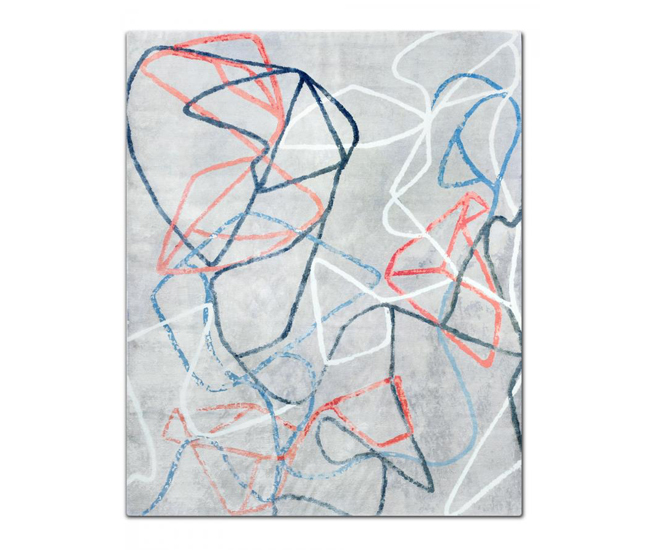 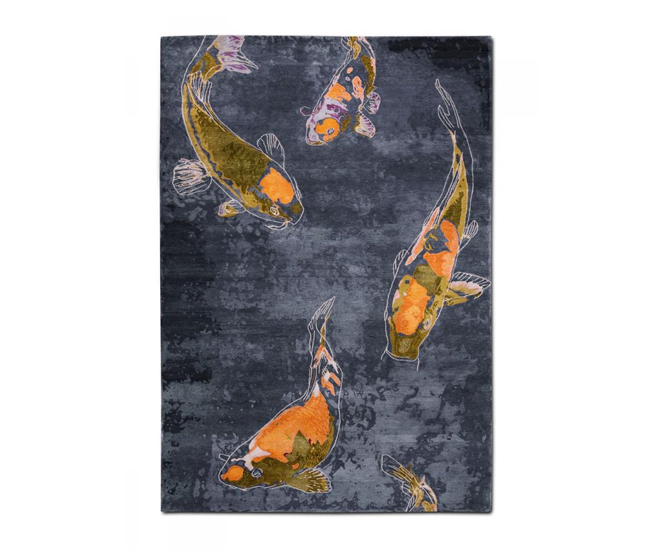 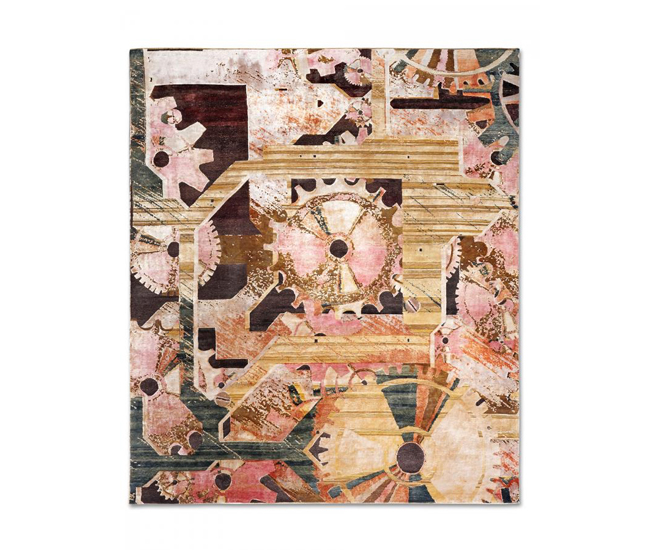 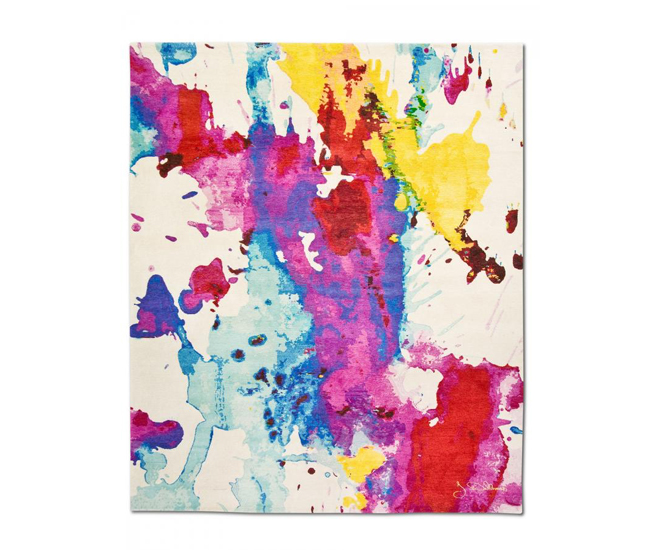 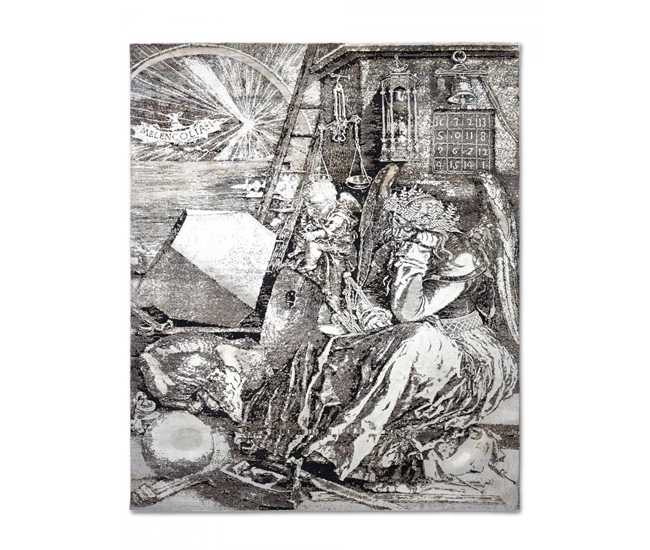 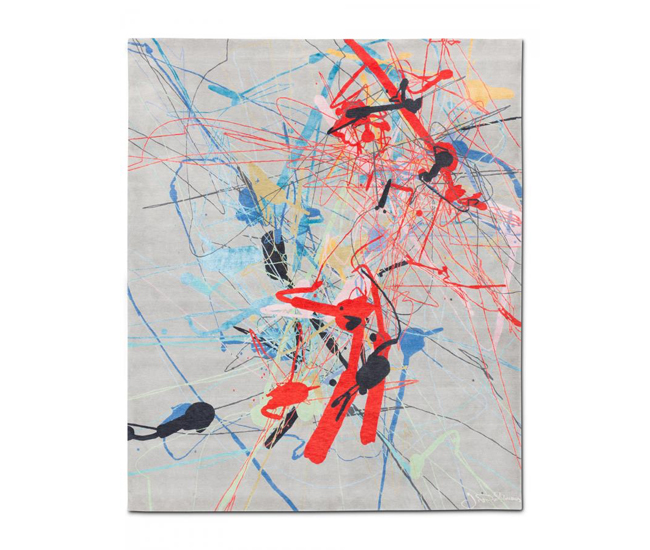 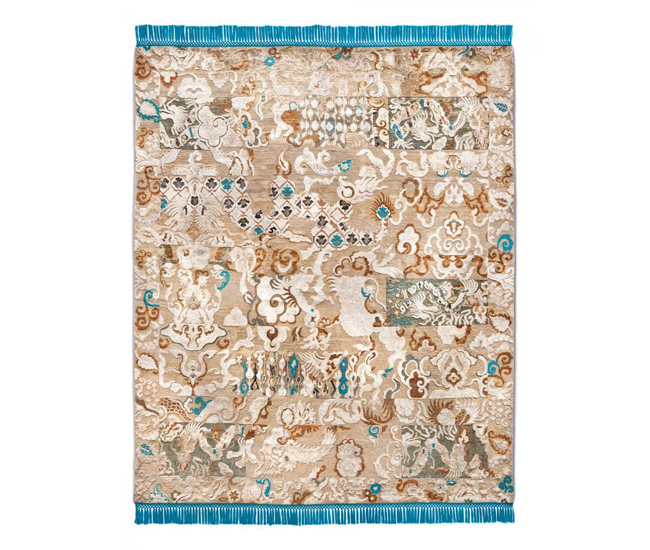 Ikat Dragon no. 1 by Rug Star. 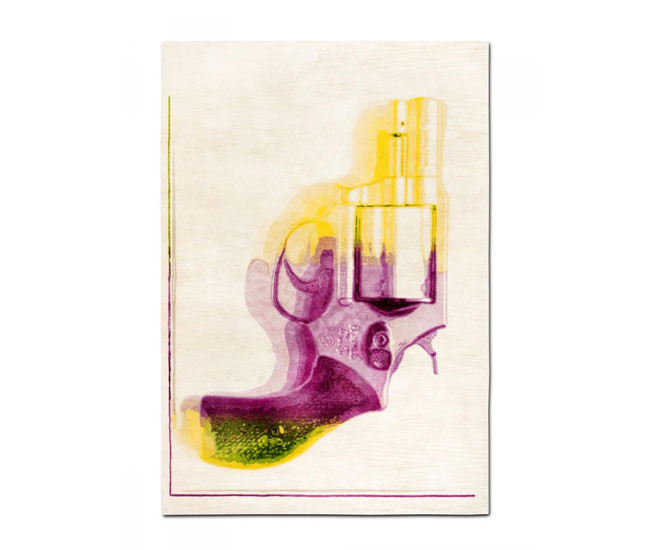 The textile designer discusses his sources of inspiration, new rug trends, and the value of traditional production techniques

Berlin’s Rug Star specializes in hand-knotted Tibetan and Persian carpets decked in playfully avant-garde designs. (Case in point: One of its best-known rugs features a pair of regal parrots; another, a neon-hued pistol.) We sat down with founder Jürgen Dahlmanns while he was in town last week to celebrate an exhibition of his rugs on view at Weavers Art’s newly-expanded showroom.

1. DL: You practiced as an architect before becoming a rug designer. How does that background influence your process?
Jügen: A carpet has an architectural dimension because it allows us to create a space without building walls. Placing a chair and a table together is not always enough to create the feel of a dining room, but a table paired with a carpet becomes a room, even in a big space. By dividing walking areas and resting areas, textiles create intimacy. For example, my bed is placed on a silk carpet that sits on a wooden floor. People say it’s a shame that 50% of the rug is covered, but for me, the carpet takes my bed farther away from reality so that my dreams are sweeter.

2. Do you envision a certain clientele for your rugs as you design them?
I have five shops now and I do all of my designing at my showroom sales desks with my team. It’s good training, because we often get interrupted by our customers. We’ll start to create something, but get confronted by reality and human needs. People bring in their babies or pictures of their homes, and that melds into our design process organically. We don’t have to think of who our specific clientele is, because they are right there.

3. Your latest project, Intimacy Berlin, shows your rugs in real-life living environments. Can you explain how that came about?
Each month, I visit three of my friends in Berlin and use their interiors to show my carpets. The idea came about because I want to talk about real living conditions and our daily life as human beings. I was afraid of going to studios for shoots because the photos get so artificial. You start placing items that are valuable in the background and it becomes a game of “I would like to live like this.” It’s different if you have to handle the dirty underwear of your friends. I make them promise not to clean before I come. Sometimes I softly take away the mess, but I will usually bring some of it back in again. It’s a process of realizing and reflecting.

4. Do personal experiences inspire your designs?
I think you become an artist because you have a psychological need to release some of the inside pressure. When I am looking for love, all of my carpets speak about love. Some years ago, I had a dark period because I thought there was no love in life. All of my executions became very critical. I read a lot of Nietzsche, and I made a whole catalog called Skin of Civilization that was about aging and abusing the earth and its resources. I used oxidization, acid wash and other manipulations, deconstructing traditional Persian weaves without destroying the foundation of the carpets.

5. What design principles guide your process?
When I have a new trainee, I like to shock them and teach them how to work with their hearts. For example, on one of my trainee’s first days, I took him outside and we shot pictures of the sky. Then we printed them, crushed the paper, folded it and scanned it. That taught him that a good textile design is a balance between organic and geometric. We found an organic source, the sky, but intervened so that the final design integrates with architecture. And then my trainee understood. He might have just thought “That guy is crazy. He goes out, makes a picture, crushes that picture, scans it and says he’s done.” But it still requires my guts to put that into a carpet and believe that somebody else feels the poetic moment we had. And I did believe that, so that day led to my Folding Sky collection.

6. You discovered your first Tibetan rug in Nepal at age 23, and became a rug addict after that. What was it that drew you to that first rug?
It was a traditional khaden – that’s the typical Tibetan sleeping rug. My boyfriend at that time and I started to become collectors of antique carpets after that. For a while, that was my hobby, and it taught me mechanisms of judgement. Pattern and execution are a language.

7. How did you go from collecting rugs to designing them?
I had connections with Tibetan families because of my hobby, and they slowly asked me if I would consult with them about the modern collections they had been making for other distributors, which I had always thought were very ugly. I came with my ideas, but I didn’t realize that the responsibility was shifting. All of a sudden, I was producing a collection, and I rented a shop and shot my first catalogue.

8. What was your biggest challenge in those early years?
At that time, it was convincing the manufacturers to go back to old techniques. For twenty or thirty years, they’d been confronted with industry. They would lose money if they used methods that allowed for random shifts of colour, because these were declared as mistakes. These days, everything has artificially created flows of colour. But back then, flow was an indication of handicraft and handicraft was not appreciated. The manufacturers couldn’t, for example, do traditional dying in a big copper bowl. If the temperature changed, the wool would get an uneven flow of colour. So they played it safe and stayed on an emotionless, mass-production level. I needed to build back their trust. Now, there’s better appreciation for technique in the market.

9. In the past, you’ve also worked at IKEA. What’s different about designing for that segment of the market?
Twenty years ago, if a designer worked for something like IKEA, it was like they had spots of dirt on them. There’s more room for that today, which is good, because it gives a designer valuable information. When I was at IKEA, we were very interested in tweens. I think that everything that IKEA does is a great idea, but my rugs now live by the details.

The best carpets involve a lot of labour work, and that has a positive impact. If you want high quality knotting and the most complex pattern, you need to treat your employees well. But then the consumer also needs to pay more. If we only want to have half-price goods, the whole world suffers. Of course, we have to be honest with ourselves about our living situation. If we consume less, each of us could consume better, but we always want a little bit more lifestyle.

10. What’s next for rug trends?
I am working with two themes – “tenderness” and “embrace me” – that are full of soft tones, nature-inspired elements, and very romantic patterns. I look to my private life and translate that in my work. On the other hand, it matches the trends, so I don’t know what the true source was. A few years ago, I was feeling depressed, but the market was also asking for darker things. You need to be open to everything – to politics, news and entertainment – and then you feel the shifts and they melt into your products. My exhibition here includes pieces from ten years old and new pieces shipped directly from Nepal. If you are gifted, you are able to do things that have their own identity. In three years, a knock-off will look bizarre. But the real source becomes a classic design.

This interview has been edited and condensed.