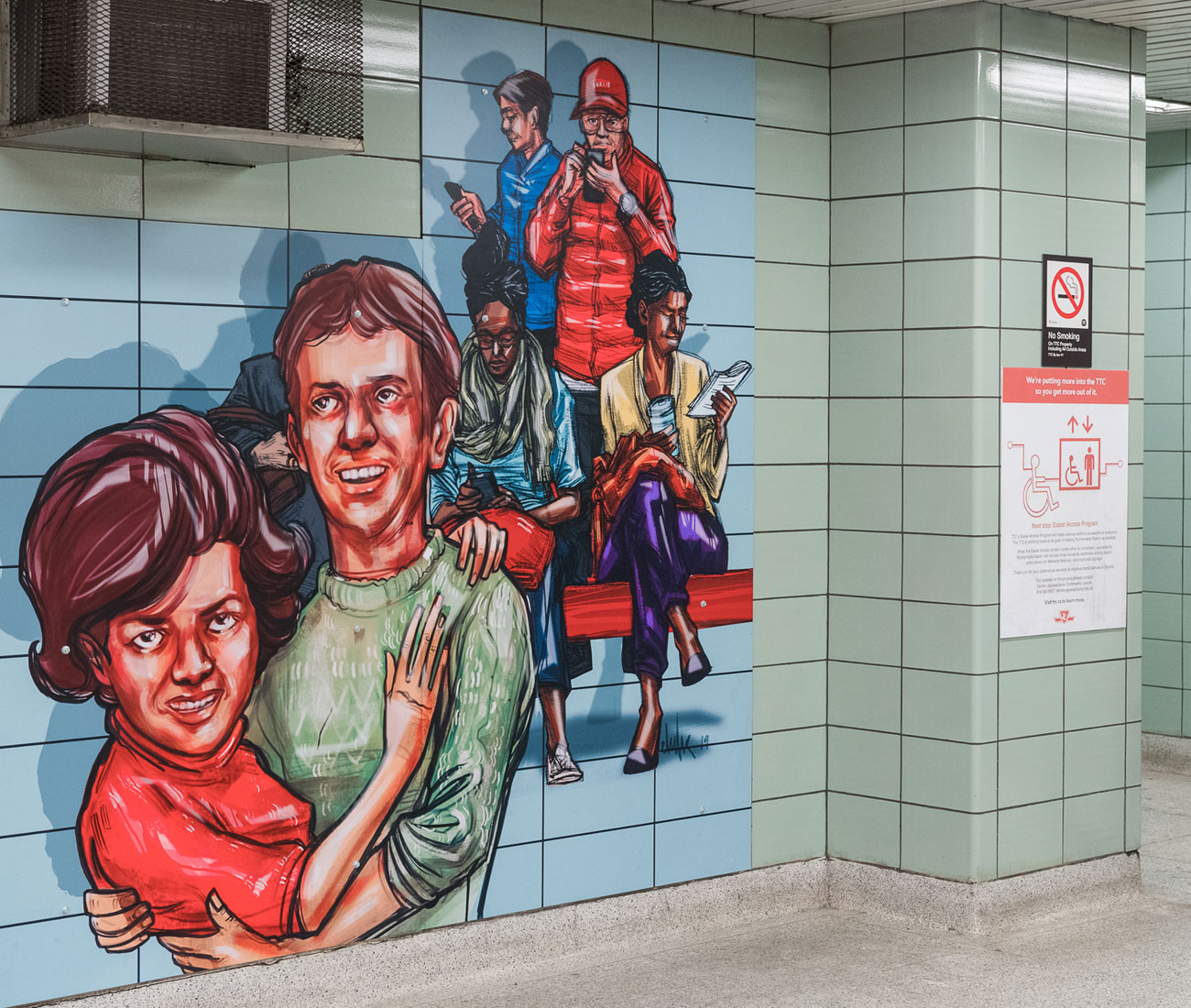 As part of the TTC’s Public Art Program, an artist depicts the many faces of Bloor West Village as they pass through time, and the station

Sure, park benches are great, but when it comes to people watching, the TTC is the better way. Take one look at Elicser Elliot‘s newly installed murals, “Anonymous Somebody,” at Runnymede Station, and you’ll see why. 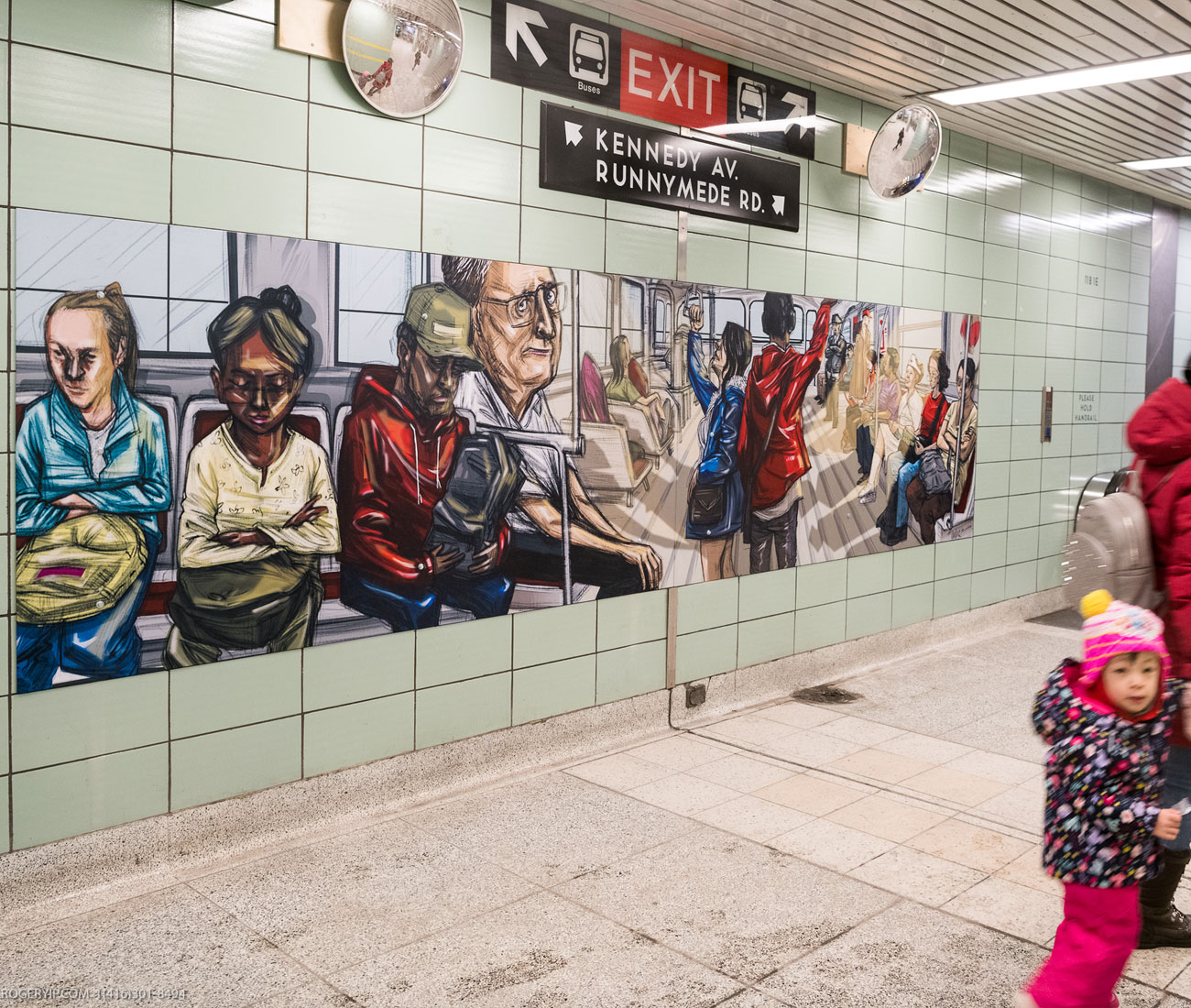 These large format pieces (one is almost 5 metres long) capture people waiting on platforms or catching some shut-eye on the TTC’s iconic red seats. The images are taken directly from the artist’s sketchbook, which he filled with images of people both from life and his imagination. 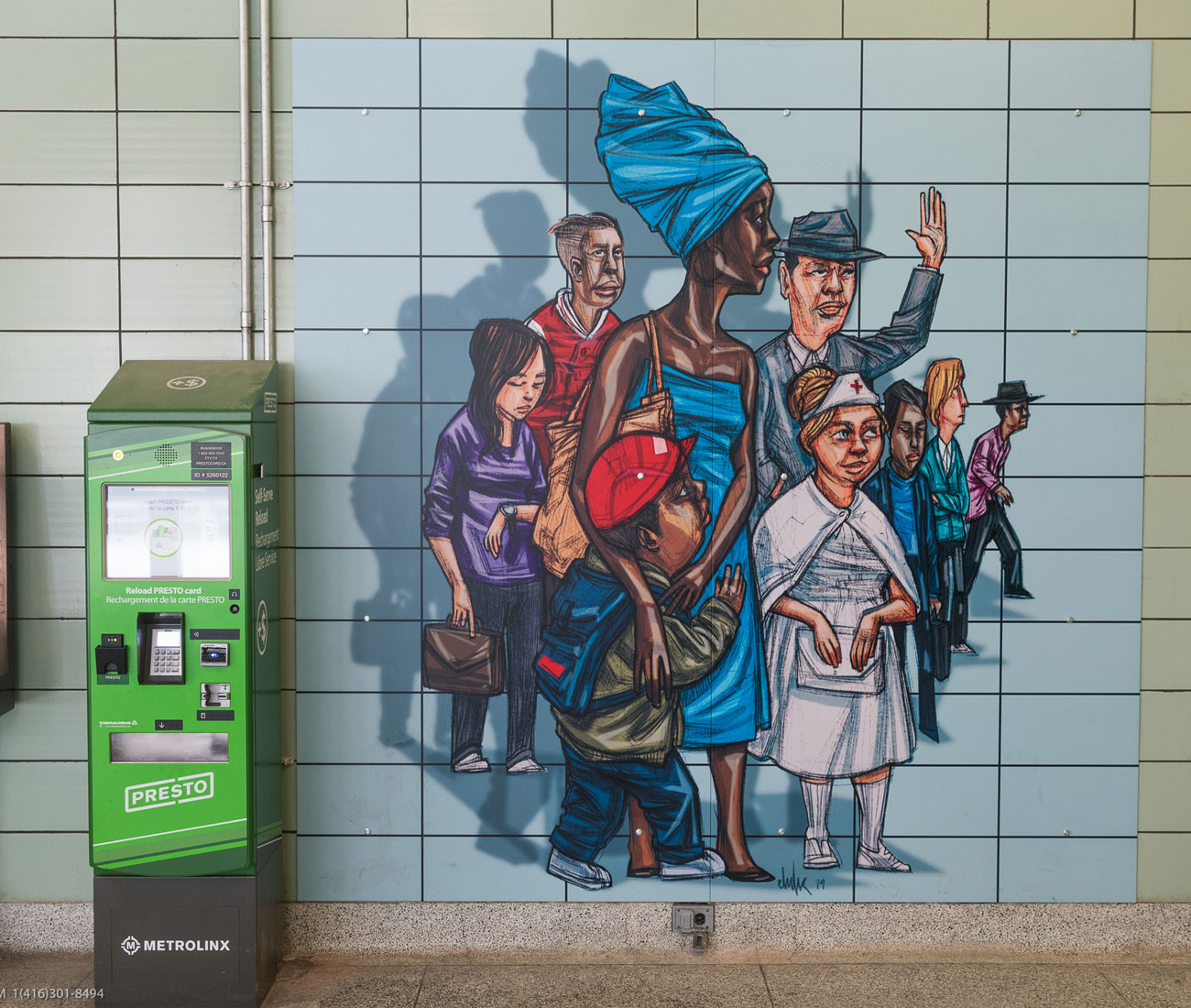 “It’s for all the people that have passed through Runnymede station in the last 50 years and more,” says Elliot of the digitally coloured works.

“For example, the nurse [shown above] is my agent’s grandmother who lives four blocks from the station. She would take the same subway to work every morning for 40 years. So different stories of different people are in the piece.”

Some of the murals mix signposts from today – like cellphones and tablets – with hairdos from the sixties, as depicted above.

Elliot didn’t have any trouble finding the red thread to connect disparate commuters. He graduated from the Etobicoke School of the Arts, and knew many students who lived around Runnymede Station. “One of my first murals was painted on the travel centre outside the station,” he says. It’s only fitting that he should adorn the walls inside the stop as well.

To find our about more public art coming to the TTC, visit the TTC Public Art Program page.