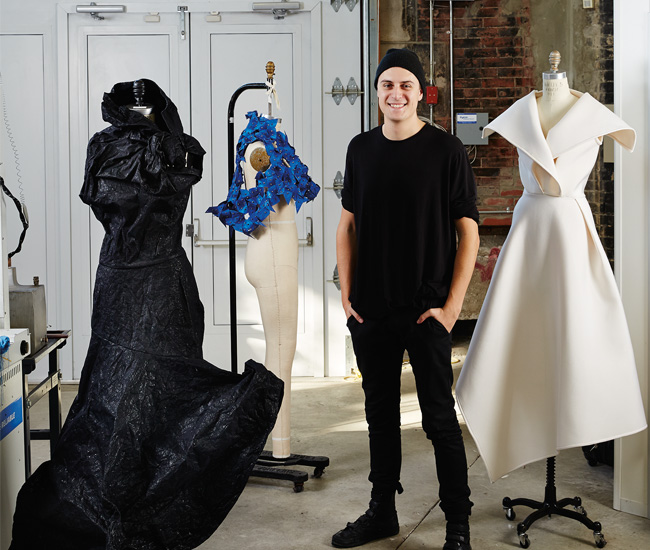 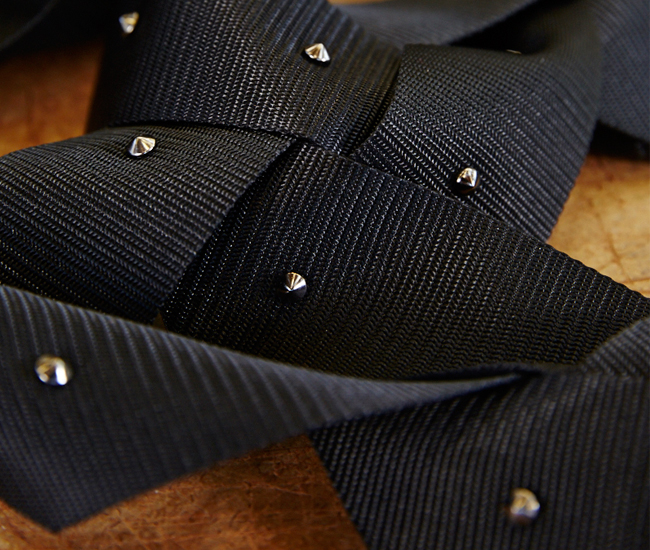 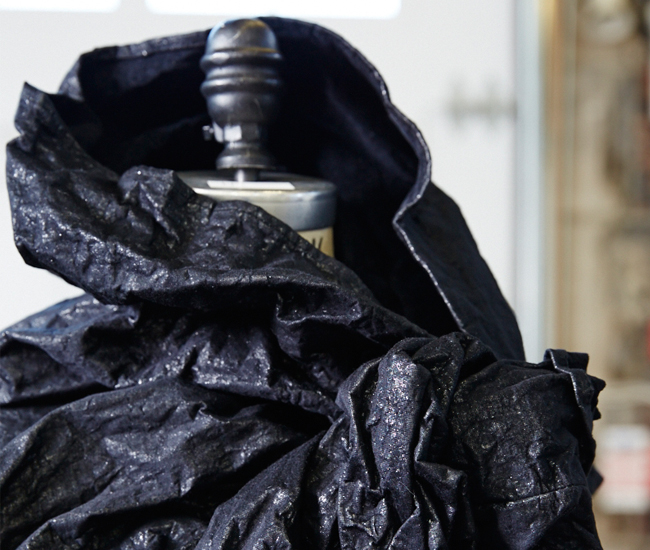 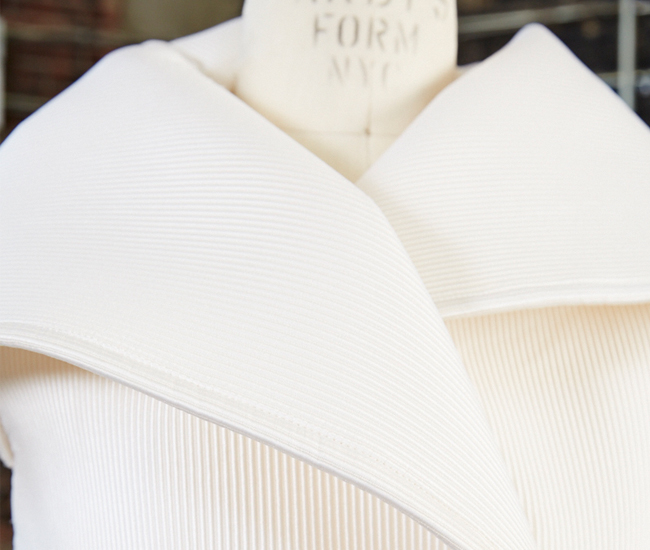 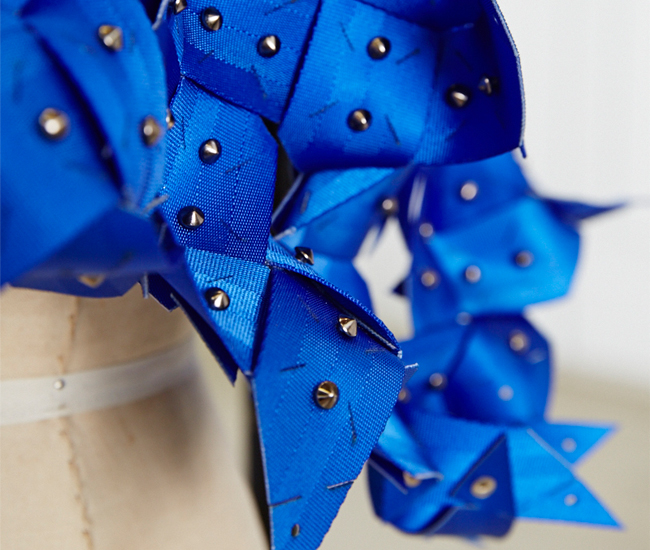 Whether they shock with their spiky rock ’n’ roll vibe or seduce with their sensuous lines, the silhouettes of Sid Neigum’s womenswear designs are as architectural as they are rebellious. Nicholas Mellamphy, the buying director of the Room at Hudson’s Bay, has displayed the collection alongside Rodarte and Junya Watanabe, and proclaimed Neigum “the most exciting Canadian designer to hit the runway in a long time.”

And yet, when we catch up with Neigum after his spring 2016 show – presented to a packed house during Toronto Fashion Week – the Fashion Incubator’s designer-in-residence is as humble as can be. Chalk it up to his small-town Alberta upbringing. “Definitely not a lot of fashion in Drayton Valley,” Neigum jokes. But a job in retail stirred his passion, and he quit his university science studies to pursue pattern making, draping and sewing. Before long, he’d been accepted into New York’s Fashion Institute of Technology, and in 2012, he moved back to Toronto after winning the Fashion Incubator’s New Labels award.

His biggest creative breakthrough – the result of a natural progression for this math and science kid, who grew up on LEGO and K’NEX – has been to translate the principles of both ancient paper art and contemporary packaging into high-end fashion, making the most of his materials by folding single planes into 3-D forms or by repeating the same shape multiple times. For a vibrant blue vest made of nylon webbing, he turned to the Sonobe, constructing the garment from 200 of these modular origami units; to sculpt a white gown with a regal collar, he combined a double-bonded nylon skirt and a top, each tailored with a single seam stiff enough to hold the rounded contours. His fascination with high-tech materials (another scrunchable evening gown is cut from double nylon with a metal-fibre core) might just lead Neigum to  his next discovery: in preparation for London Fashion Week in February, he’s been experimenting with what he calls a “hollow yarn,” and he’s hoping to “grow” a crystal dress. “It would not be super-wearable,” he laughs. “But it’s the kind of thing I like to think about.”

Originally published in our Spring 2016 issue.