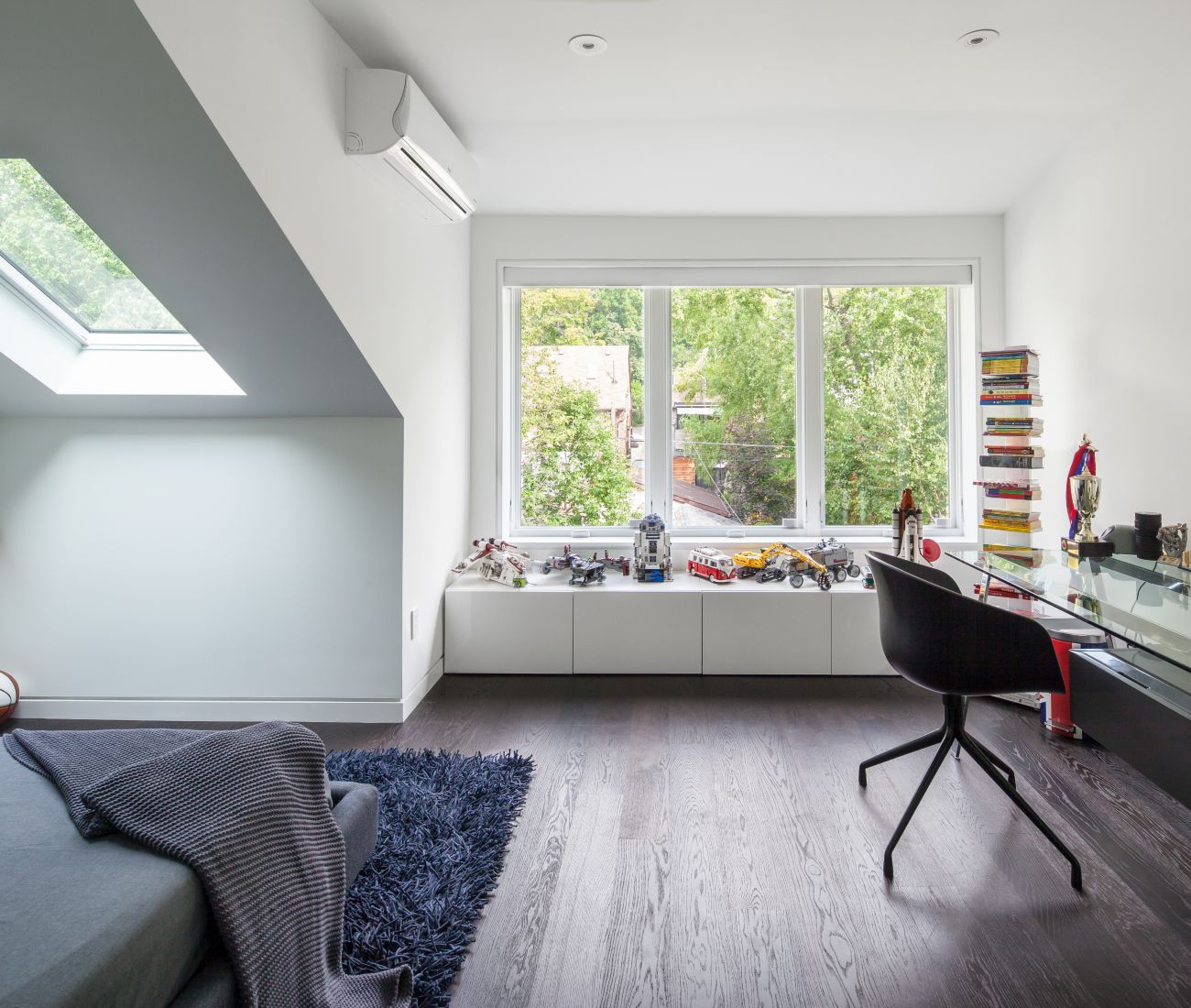 With little space to work with, Denegri Bessai Studio used smart, minimalist design to create an at-home retreat for a brother and sister, as well as a CNC-milled piece of light-reflecting art

Two kids and not enough space: it’s a common problem in Toronto. While a roomy, modern addition may often be the answer, Maria Denegri and Tom Bessai, co-founders of Denegri Bessai Studio, were recently tasked with accommodating a brother and sister in a Summerhill Victorian without building onto it. The client wanted to preserve its stately profile and respect the streetscape, leaving a scant 30-odd square metres for two bedrooms and a shared bath beneath the tapering confines of the roof.

Luckily, Denegri and Bessai say, the client had excellent taste and was amenable to a bright, spare aesthetic that would help make the compact upper level feel bigger than it was. The approach didn’t just amount to white walls. New windows, including a skylight in one room, were installed to ensure ample natural light, while recessed baseboards and clean finishes eliminate even a hint of clutter. In one bedroom, a desk was built into the dormer, and in the other, custom millwork. Both efficiently use the nominal space available and ensure unobstructed views while meeting the needs of the kids.

The shared bath, situated between the two bedrooms, follows suit: finishes are minimal, and close attention was paid to how light fills the space. Denegri and Bessai eschewed a bathtub in favour of a more generously proportioned shower, while a floating, glass-topped vanity with two integrated sinks staves off any sibling rivalry.

With a tall, broad wall opened up by the stairwell to the kids’ suite, Denegri and Bessai’s relationship with the client – and their mutual love of art – opened up a new opportunity. Well-versed in tech-driven design (we’ve long been fans of their amorphous, CNC-cut screens, stairs and cabinets), Bessai developed a pattern based on Moorish tile work – a medium the client was particularly fond of – and rendered it in glossy and matte white CNC-cut acrylic. Floral and geometric shapes are nested into one another and repeat up the wall while the layered, contrasting finishes reflect light differently. It both recedes into the background and anchors the transitional space, showing that, like the bedrooms and bath above, a minimalist approach to design can make for expansive spaces. 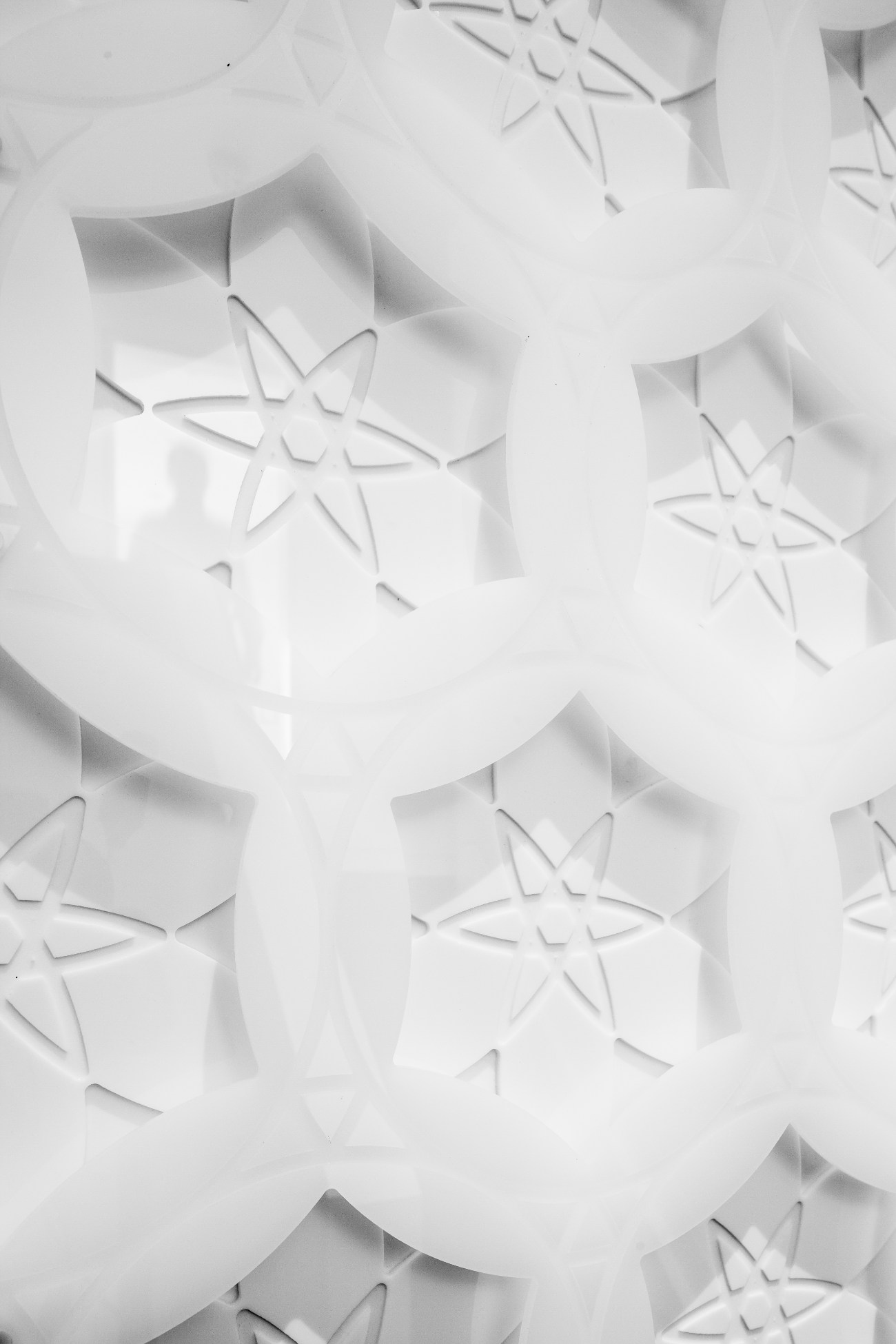