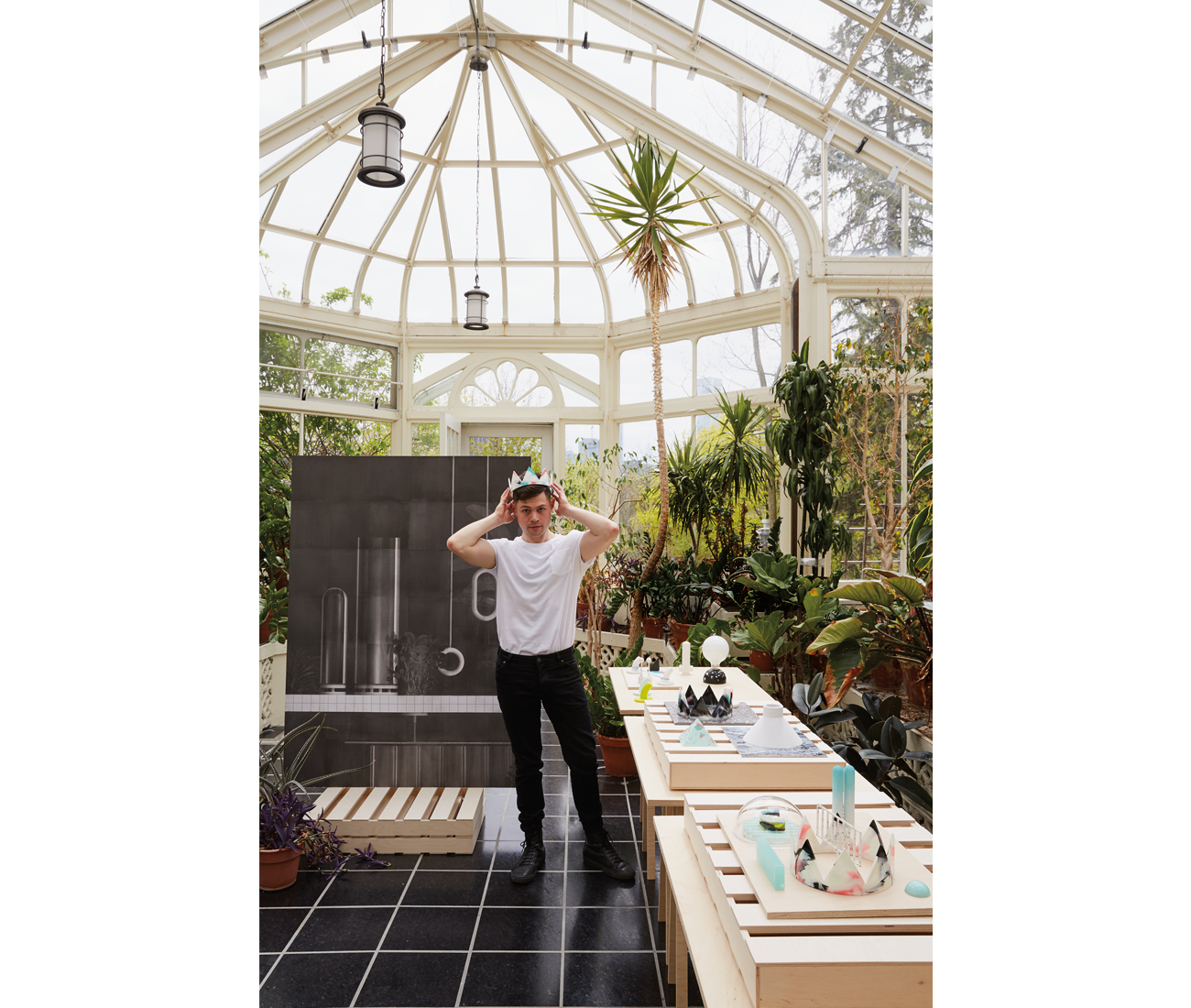 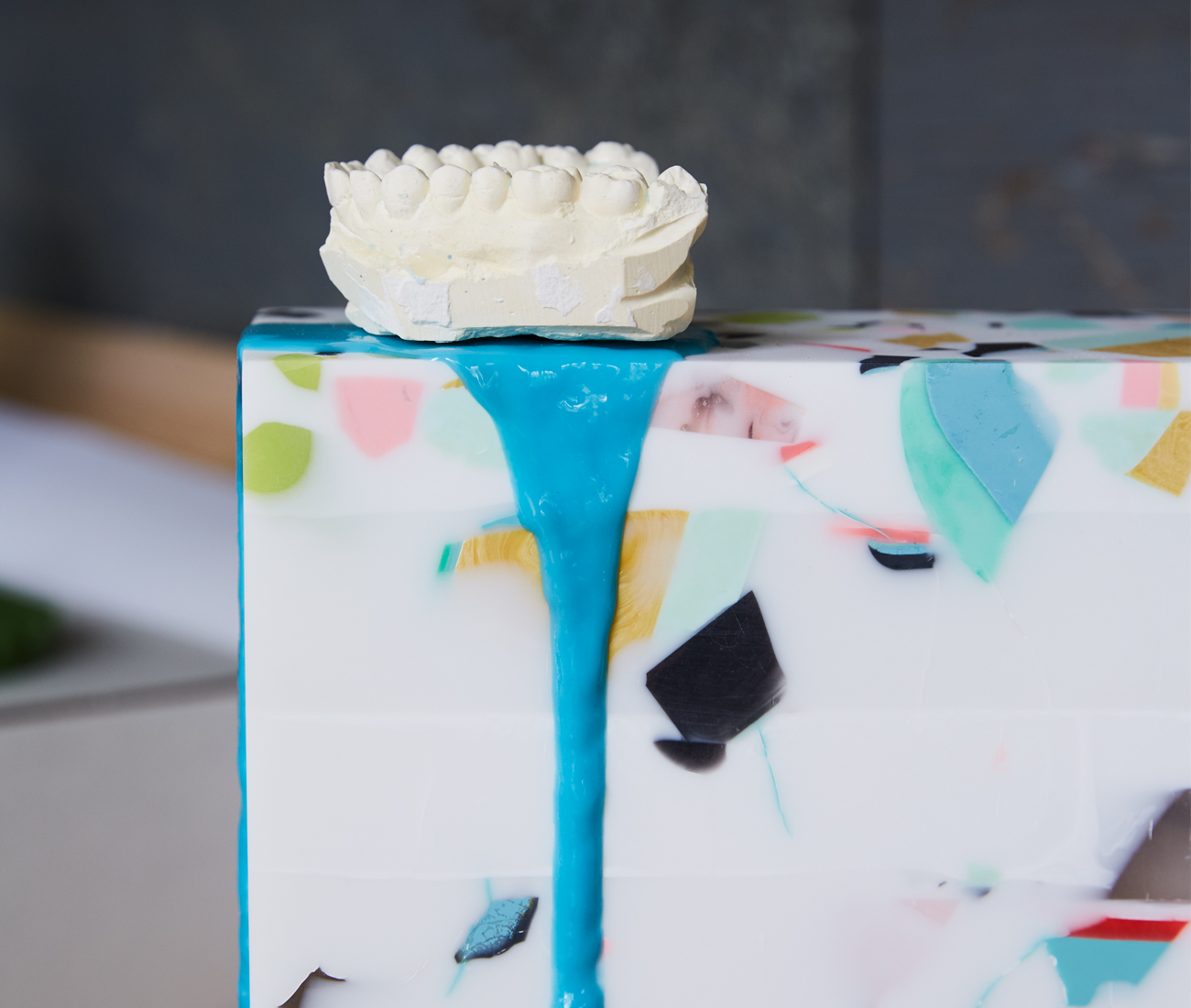 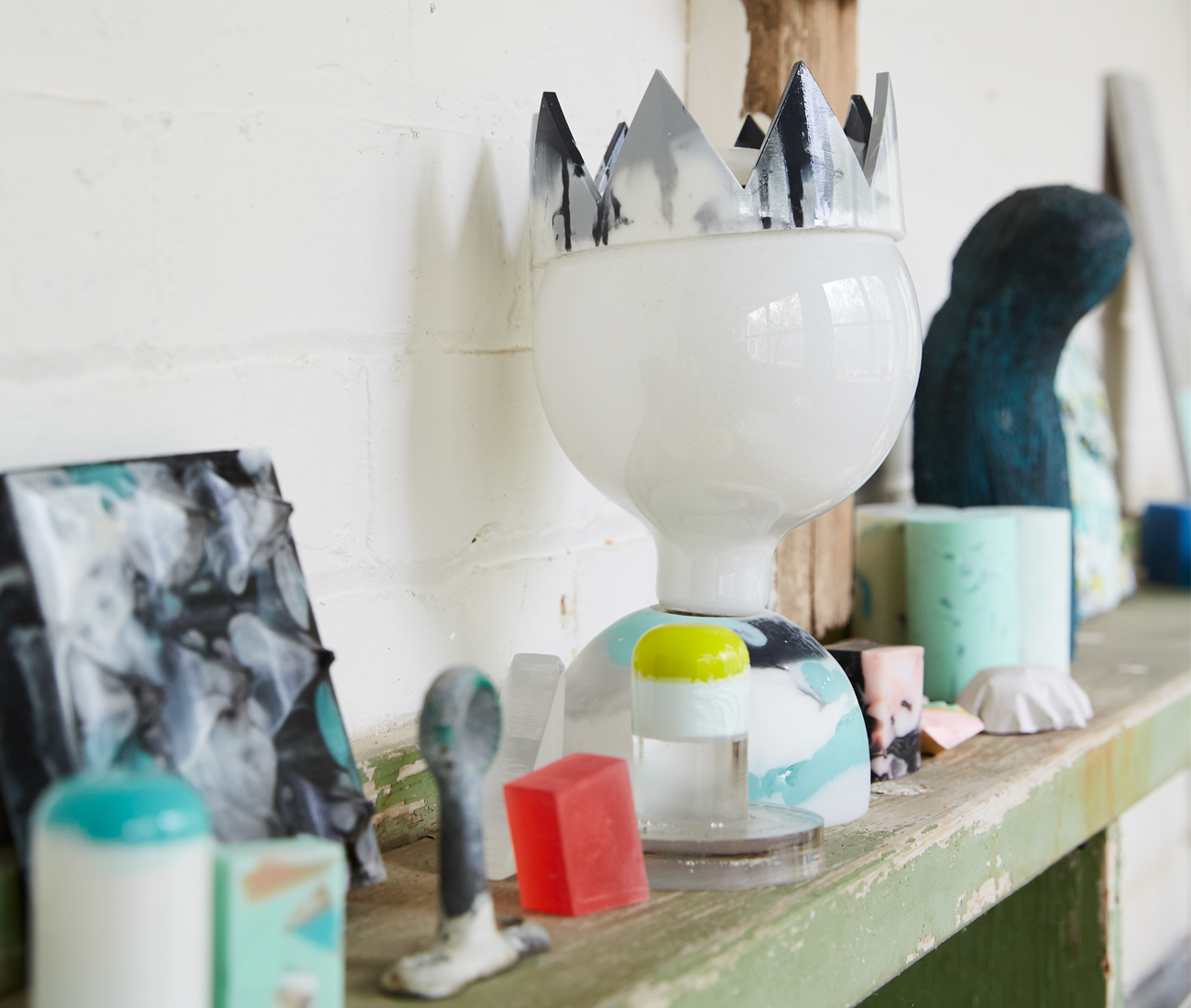 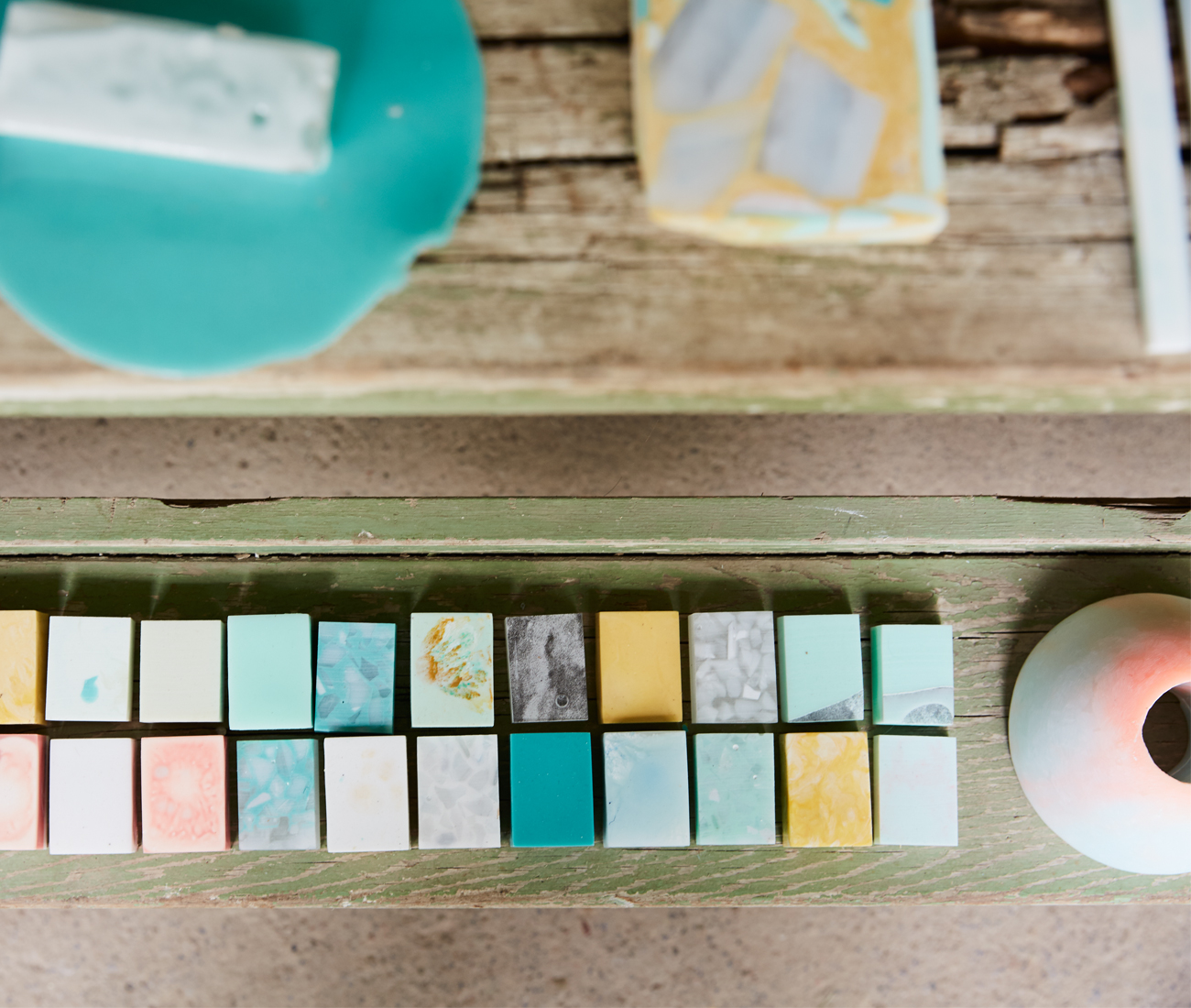 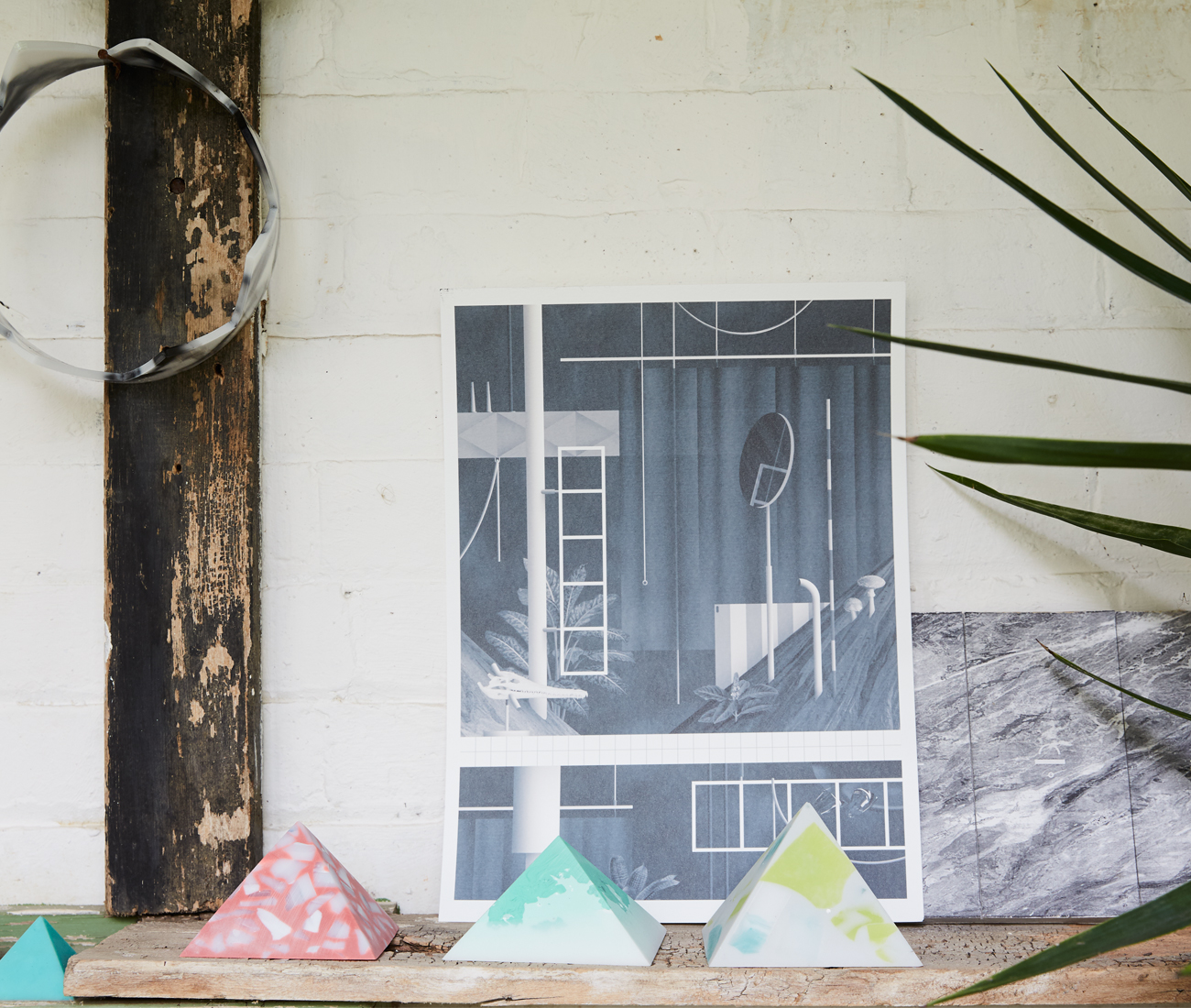 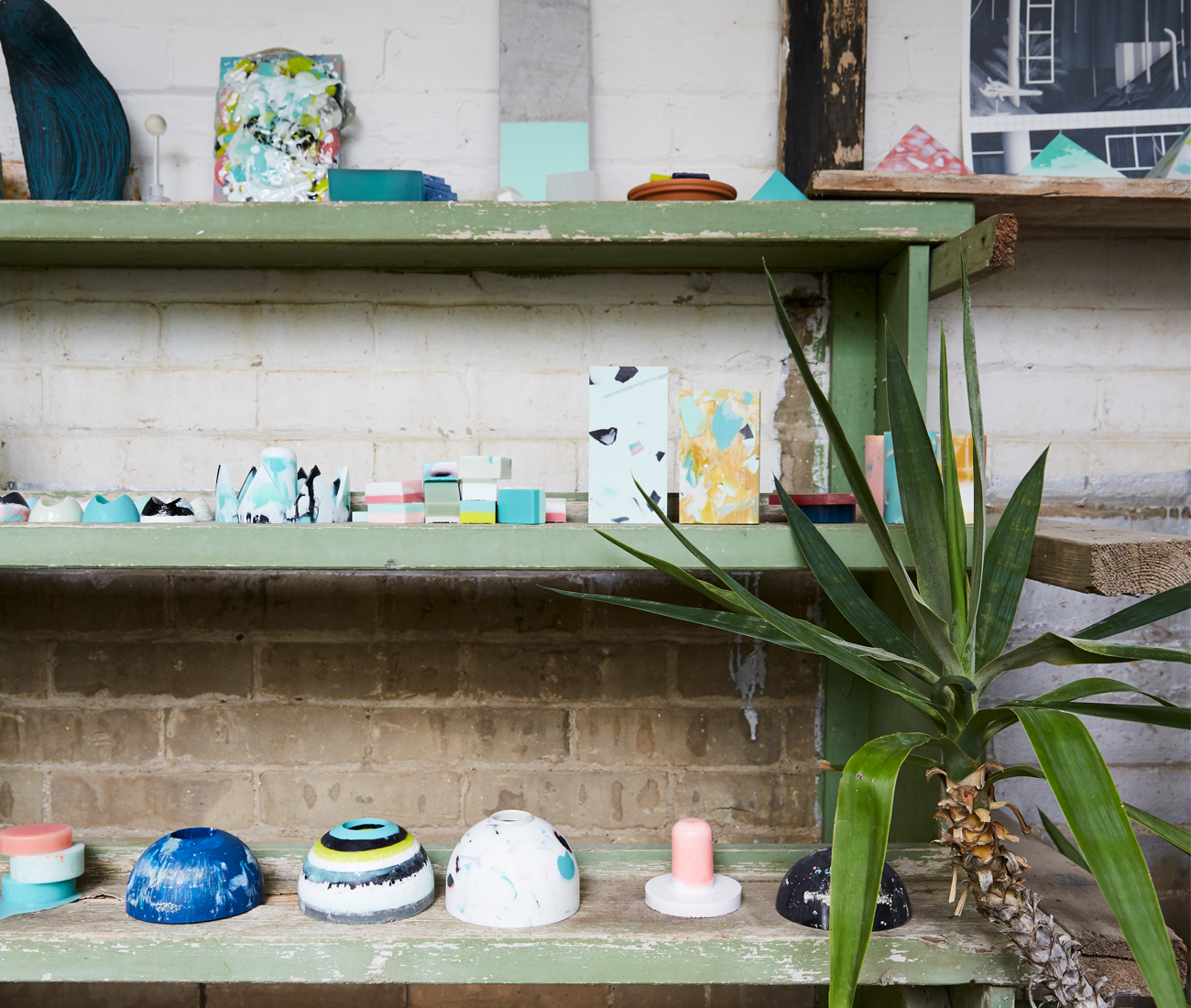 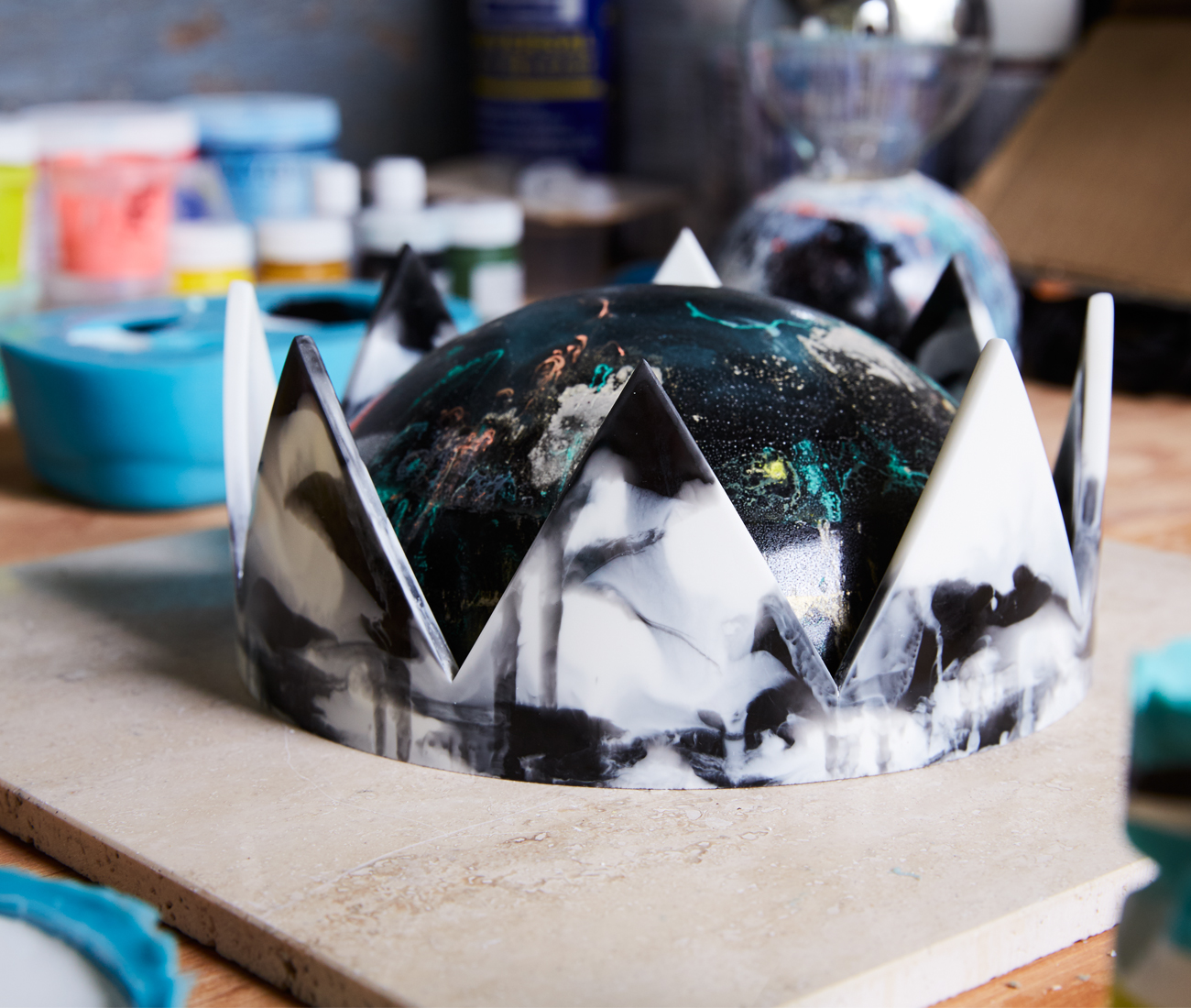 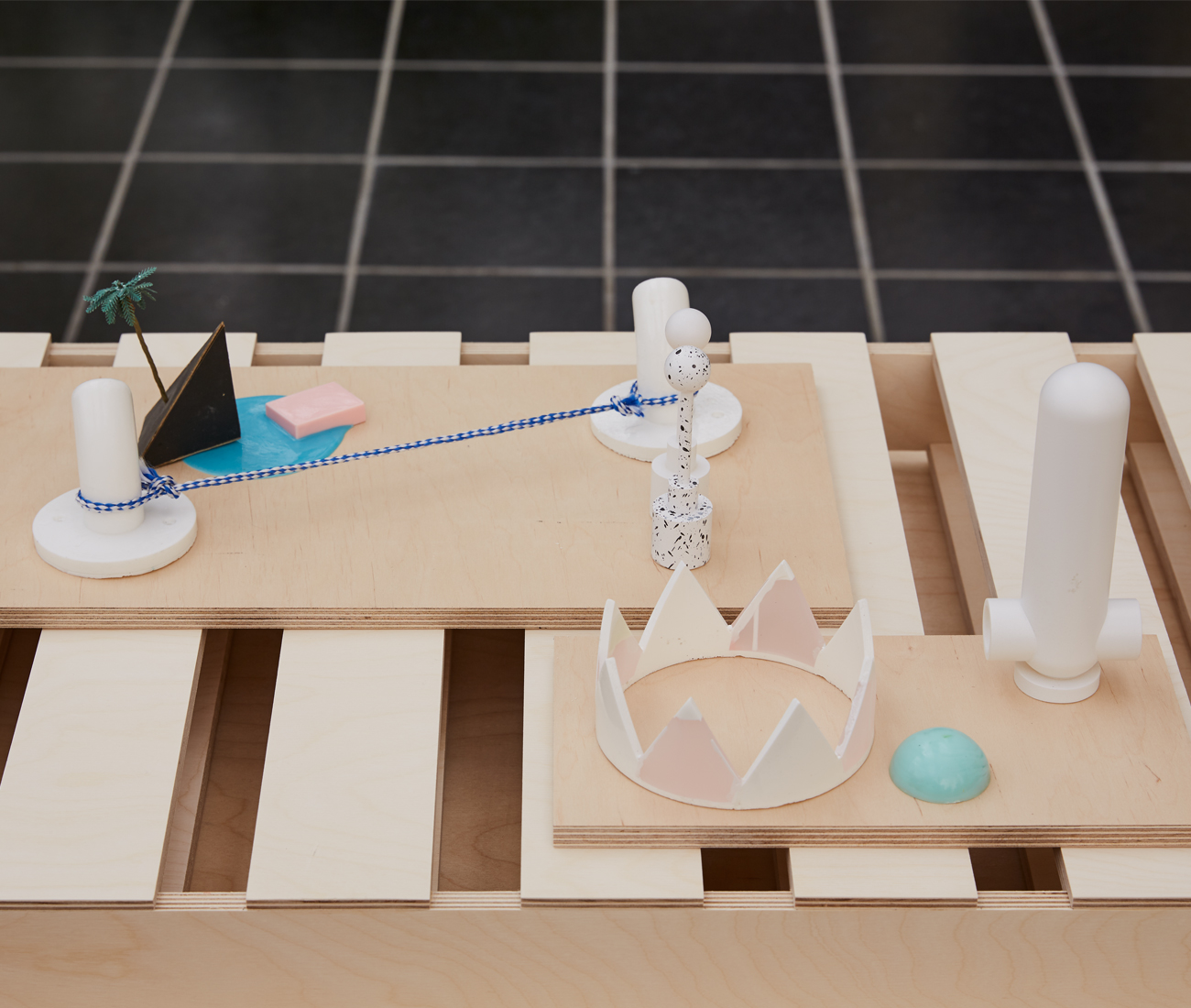 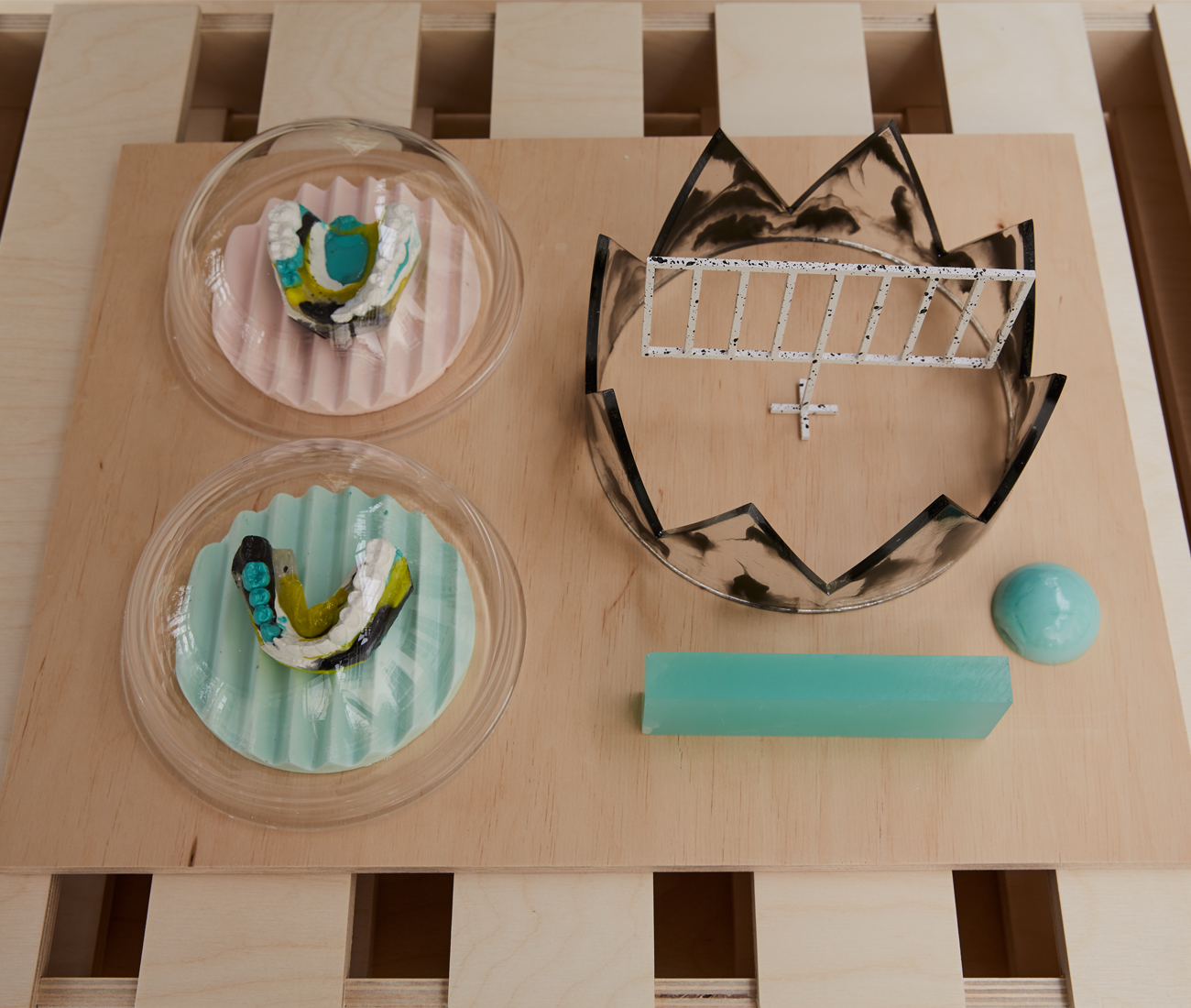 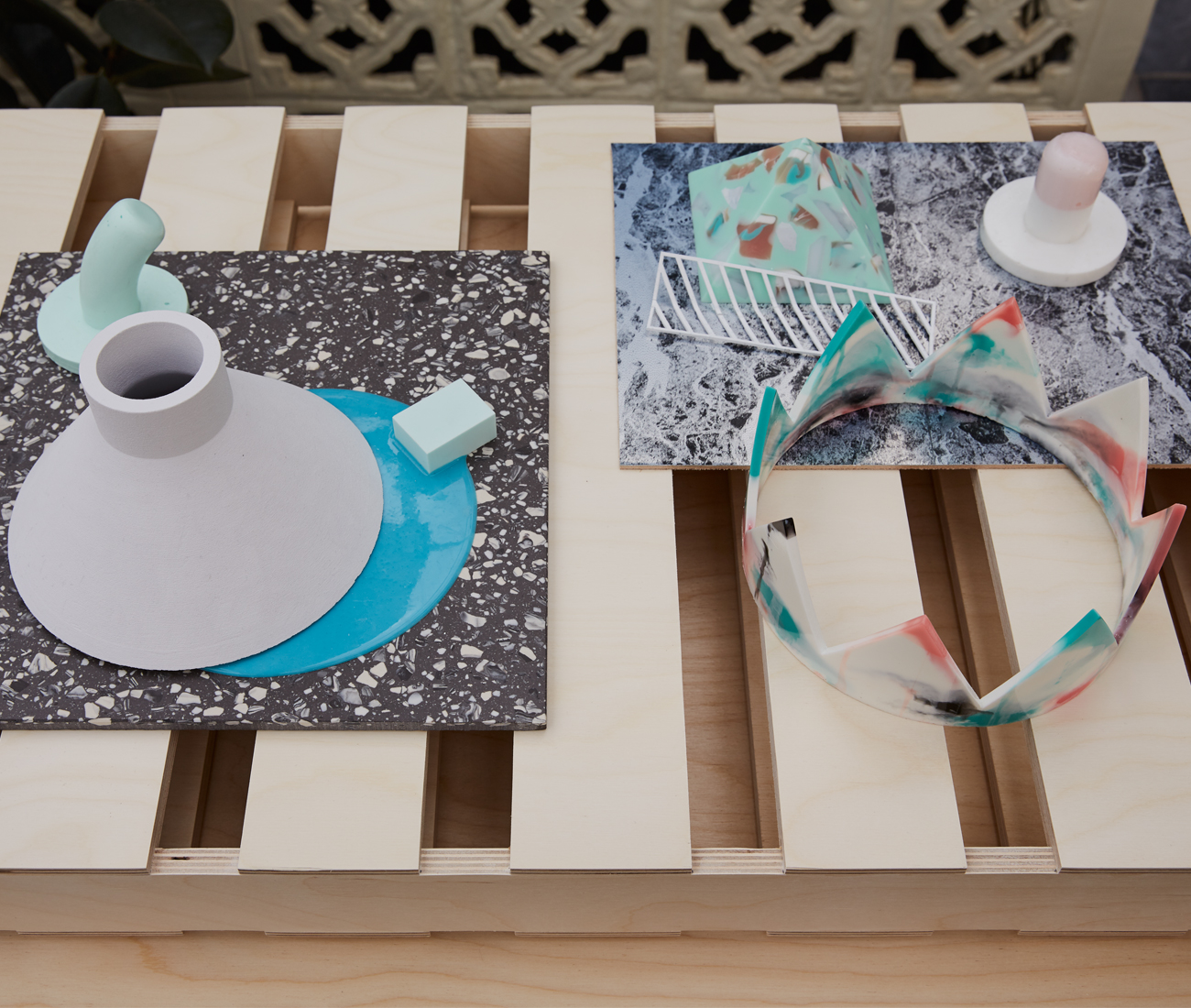 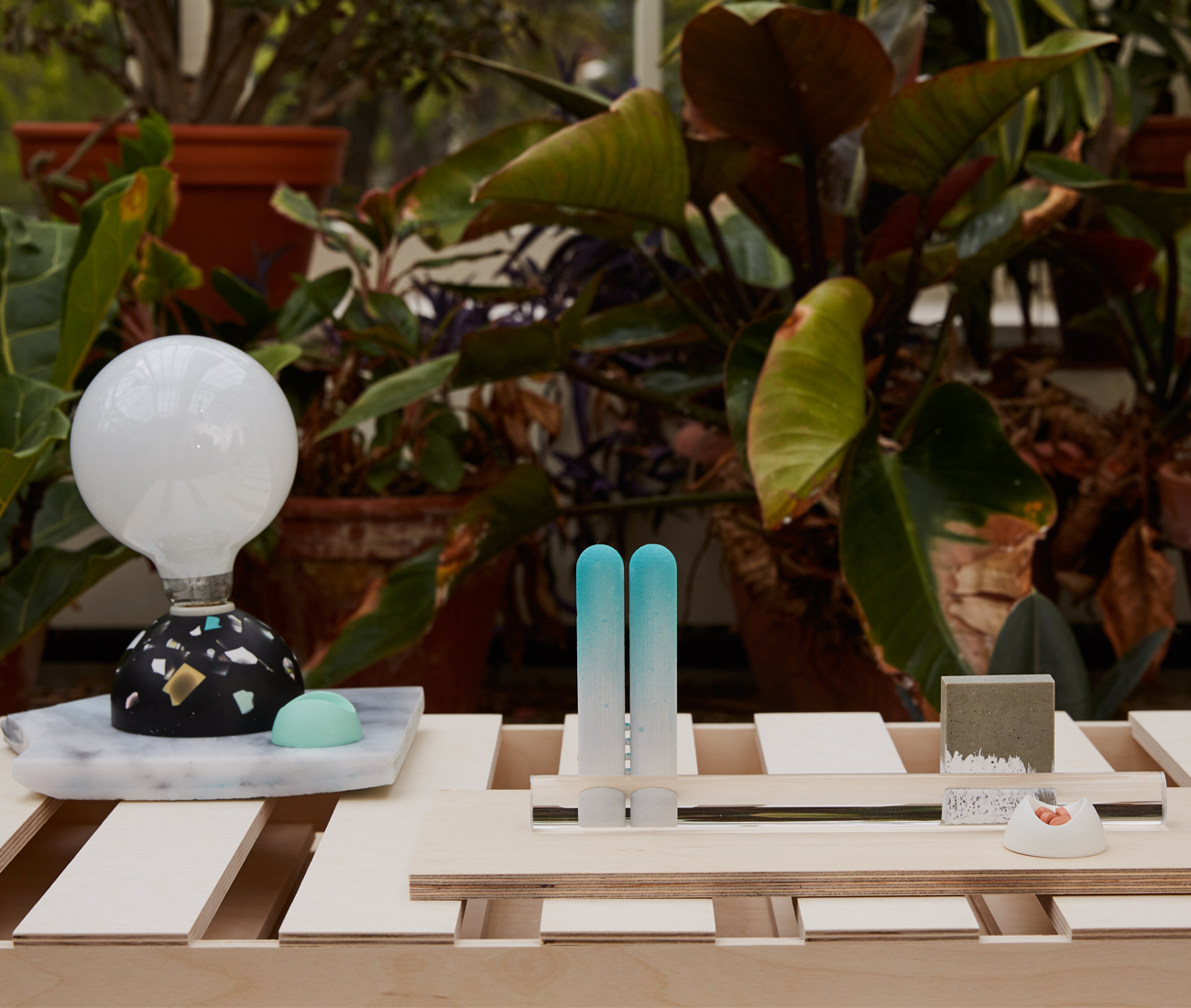 They look like buildings, but the spaces are not inhabitable. There is a semblance of life, but it’s not of the human kind — tropical flora and fauna nestled within meticulously arranged compositions of abstract objects, from pipes and ropes to benches and ladders. Scenario City is a new series of prints by Miles Gertler, part of his solo exhibition Rare Item at Corkin Gallery. The 27-year-old artist’s work is densely layered and informed by his architecture practice, but possesses a hopeful levity and, sometimes, a splash of satire. The sectional view of the units would seem ominous, if not for the humorous fact that flamingos have decided to take up residence in the vertical city.

Gertler acquired his fascination with super-structures while he was studying architecture at Princeton University, where he explored death and daily city life through built environments. This investigation continues in his architectural practice, Common Accounts, of which he is co-director with Spanish architect Igor Bragado. His art embodies the same ideas, but the execution is much more visceral. Gertler, who creates the two-dimensional prints digitally, has recently added three-dimensional resin objects to the mix. “They’re design objects that flirt with use and uselessness,” says Gertler. “They don’t all perform a function, and so in that sense I’m interested in them as instant heirlooms.”

In contrast to the moody prints, the objects are joyful in their pastel palette, catalogued on wooden crates, or as he calls them, arks. “The biblical concept of the ark is basically this architectural superstructure that plays host to a collapsed set of territorial parts,” explains Gertler. Among the curious elements making up these arks is a simplified toy-like crown. “Its value is totally in its image and its symbolic power,” he says. Like the generic buildings, the crown is insignificant as a form beyond its symbolism without someone to wear it. Who that could be is left to the imagination.

Rare Item is on view at Corkin Gallery, 7 Tank House Ln, until July 30.