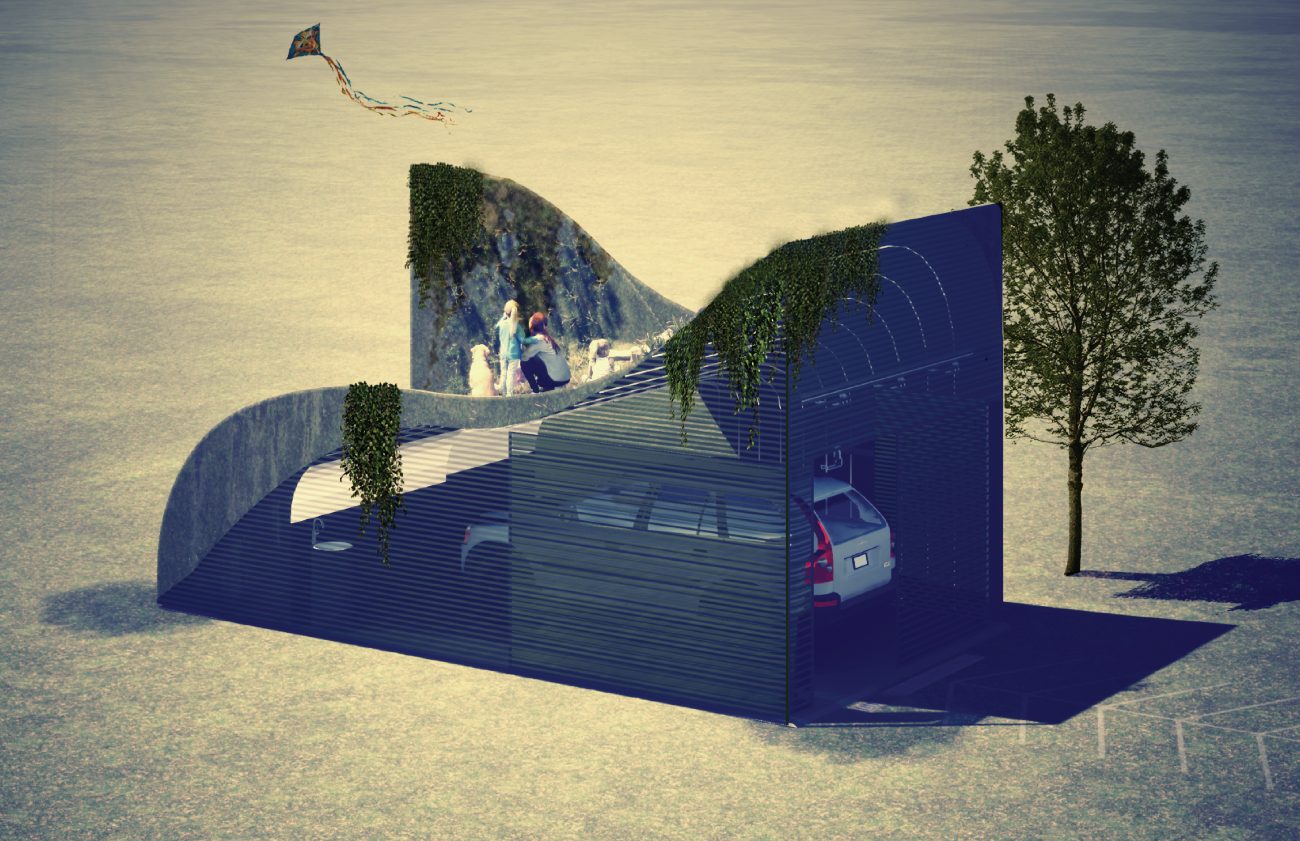 Electric cars have already started to transform our roads. Can they do the same for our homes?

Imagine if your garage could purify the air, generate its own energy, and serve as a star-gazing pad. That’s what Tiam Maeiyat has realized with Parking Parc, his award-winning concept for Volvo Cars Canada’s The New Garage competition, which sought novel ideas for turning typically utilitarian space into an area that expands the living comforts of the home.

The contest was juried by some of Canada’s most exciting architects and designers – APPAREIL Architecture, MSDS Studio and Campos Studio – along with Robin Page, Volvo’s head of design. Inspired in part by the launch of Volvo’s electric XC40 Recharge, the project signals the potential of garages in the age of electric cars, which don’t emit the toxic exhaust that typically make garages uninhabitable. The quarantine played a role, too, as it left families searching for ways to make their homes more flexible.

Maeiyat’s was one of them: “During the pandemic, my own family was looking for more space,” he says. “The concept came from just looking at the neglected spaces of the home. Canadians in general are just hoping to carve out more livable space.”

While Parking-Parc might seem fanciful, “It’s very doable,” assures Maeiyat. Influenced by Volvo’s Scandinavian roots, the design features an undulating green roof, which purifies the air, provides insulation and creates its own micro-climate, while a semi-random pattern of flexible solar panels and photovoltaic glass extending down the sides of the structure make it entirely self-sustaining. “It has functionality and form and allows for interaction between the people and the parking space,” says Maeiyat. In summer, you can lie on the roof and gaze at the stars; in the winter, you can slide down its hilly surface.

The all-season design makes absolute sense for Maeiyat’s own city, Montreal, but he sees it being applicable to any Canadian city. In Toronto’s Yellow Belt of single-family homes with garages in the back, it would be a game-changer. As electric cars gain more traction, a future of inventive and sustainable living-space garages might be on the way.