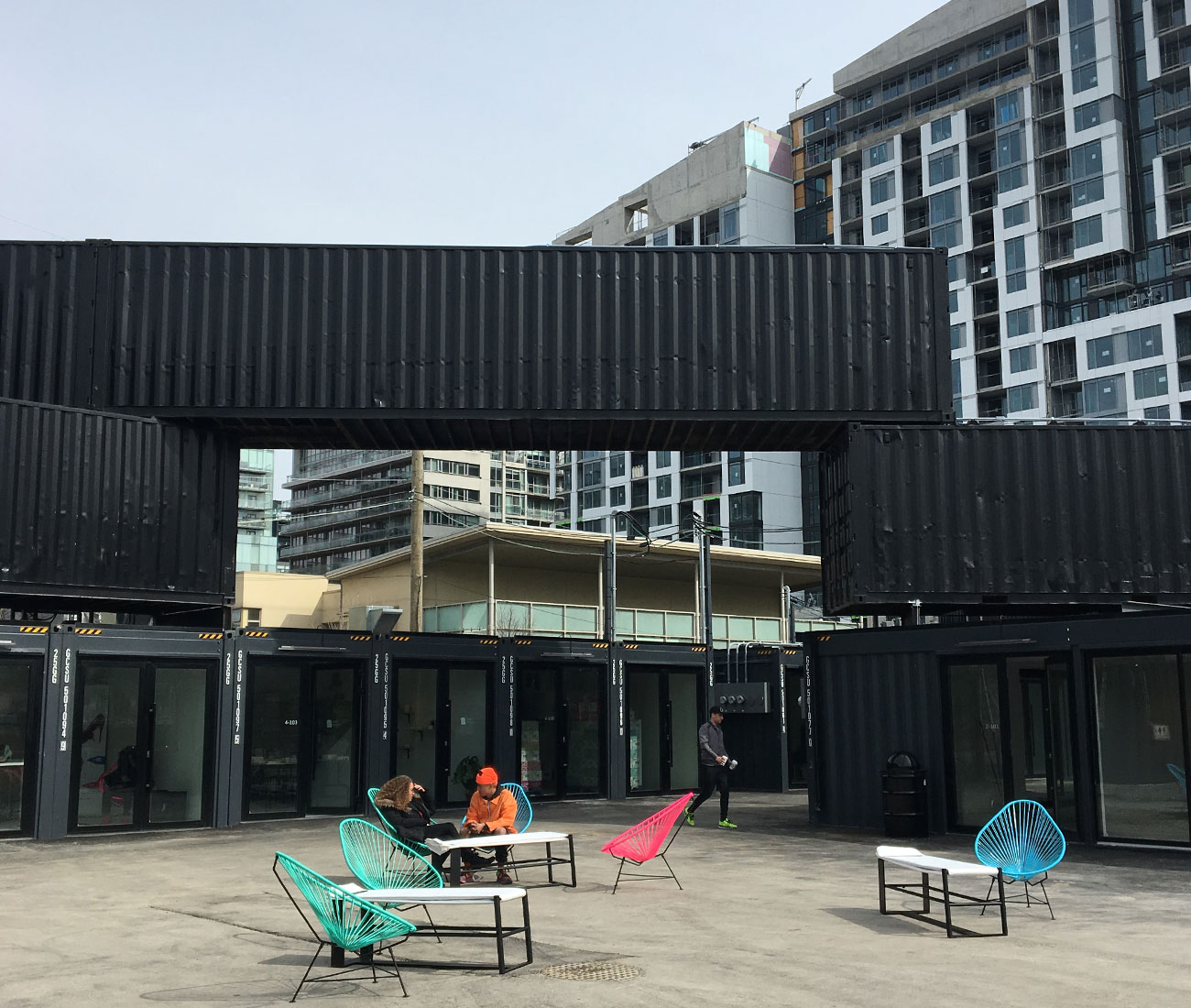 Well-built, muscular, and loaded with top tier players – “fully stacked” is a term you might use to describe a winning sports team. It’s a term we’d use for a project, too, particularly one originated by a big thinker, built by leading architects, and populated by a stable of premium, mostly-local brands. Yes, Stackt Market is fully stacked and, now that this mixed-use, all-season public market at Bathurst and Front streets in Toronto is open to the public, you too can go see what makes this project a winner.

Designed by LGA Architectural Partners’ Janna Levitt and Danny Bartman with Stackt Market founder Matt Rubinoff, the soon-to-be-bustling community hub – Canada’s largest shipping container marketplace – temporarily inhabits the site of a former smelting plant. The 2.4-acre-lot, roughly the size of two city blocks, is built up using 120 reclaimed shipping containers. These, as you’ve gathered, are stacked, with those on the bottom being retrofitted and occupied by pop-ups, creative incubators, and 30+ retailers and food and beverage vendors. The 40-foot-long containers are often combined to meet specific occupant’s needs: for instance, Belgian Moon uses three conjoined crates to house its brewing equipment. Other inhabitants, like COFO, Dresden Vision, Reunion Island Coffee and Donut Monster, more than make do with one or two.

The shipping containers up top will act as large canvasses for local and international artists, drawing attention to the site from the many surrounding condo developments and office towers, and pulling visitors from the nearby Fort York and the Bentway with stunning murals. In fact, much is being done to further beautify the site which already boasts a 25-car parking lot and massive bike rack. Later this spring interior courtyards and pedestrian pathways will be planted, a canopy of greenery will be strung from the upper containers, a public greenhouse will open, and a large shading-device will be installed by Stacklab. All of which encourage visitors to partake in the many events and other cultural programming that is scheduled to take place outdoors and all year long. 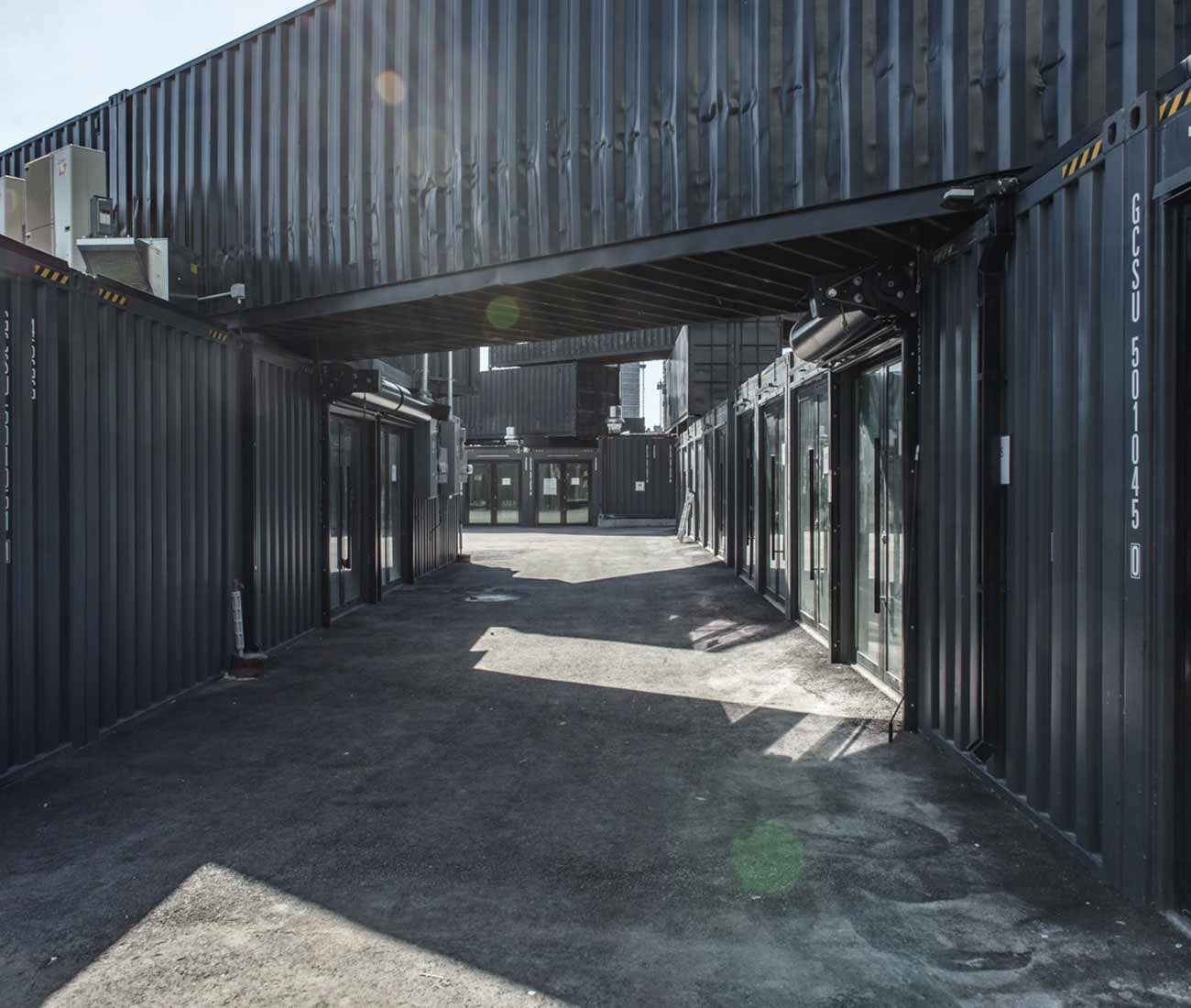 After a two-year lease runs its course, the city-owned property is slated to be converted into a public park with Stackt’s physical structure picked up and moved elsewhere. Until then, this fully stacked project is setting a precedent for future temporary developments in the city, and even nation-wide.

Stackt Market is located at 28 Bathurst, at the corner of Bathurst and Front streets. It is open Monday to Sunday 9-11. Stacktmarket.com