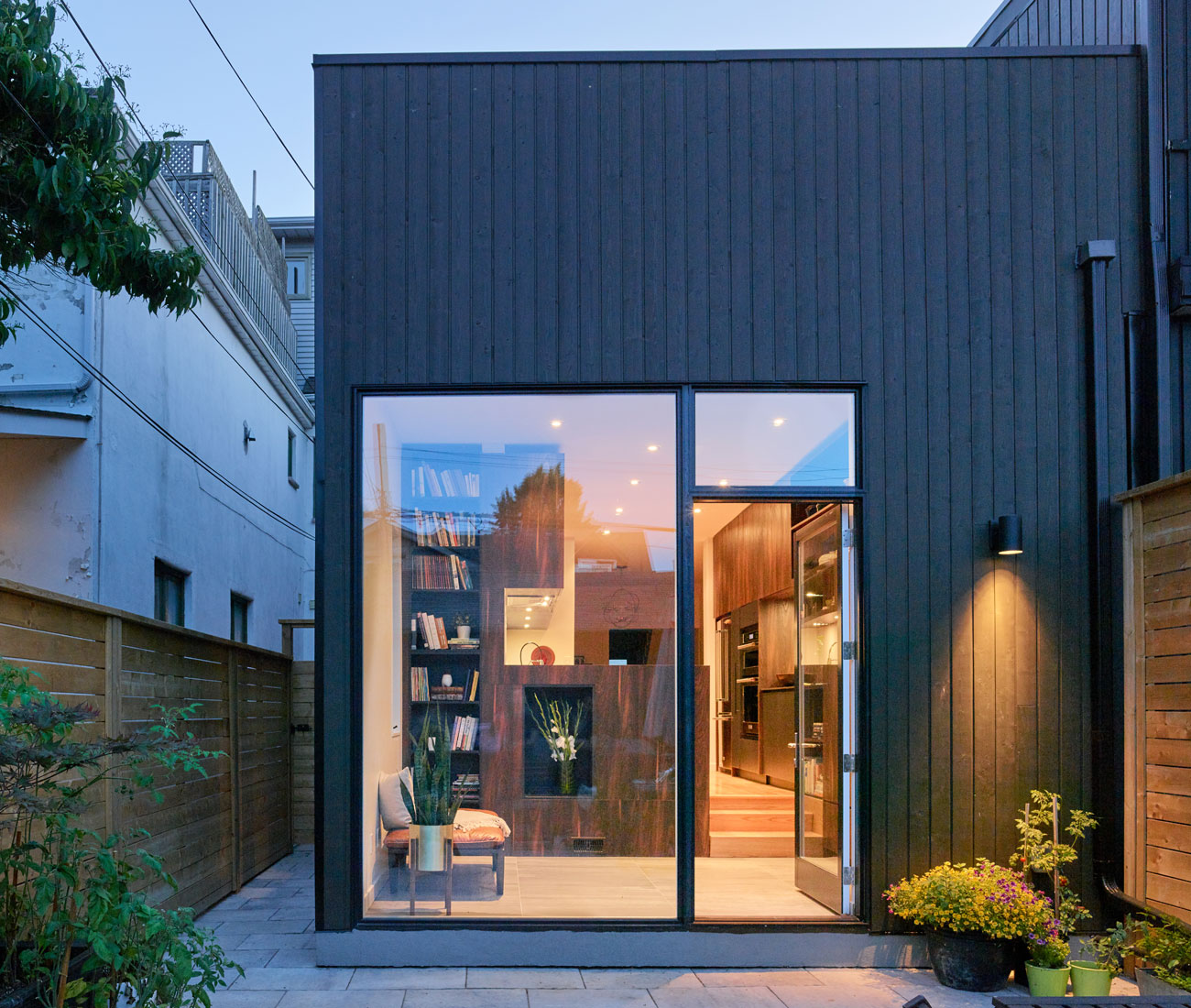 When a pair of avid cooks approached architect Vanessa Fong to renovate their narrow semi-detached Victorian home in the heart of Queen West, the kitchen, and the worse-for-wear addition off of it, was at the top of their to-do list. One look at the shady before photos shows why. 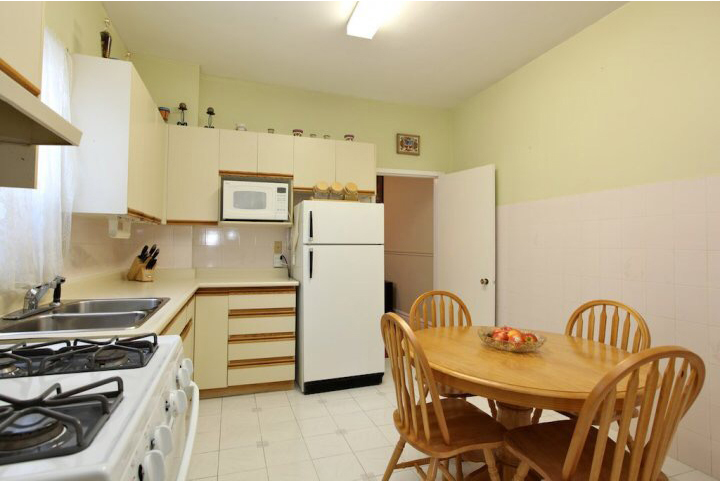 The original lime-green scullery, with tiles running halfway up the wall, was completely cut-off from both the dining room and backyard, with scant natural light for chopping onions or following recipes from the couple’s cookbook collection. 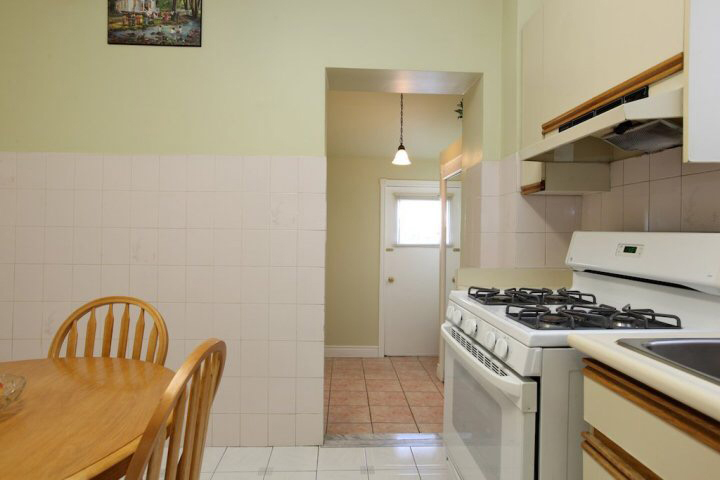 At the back of the house, Fong discovered an “oddly retrofitted” full bathroom with bath. She guesses that an elderly resident, confined to the main floor, had had it installed. As mobility wasn’t an issue for the current owners, their biggest ask was to improve connectivity with the outdoors. 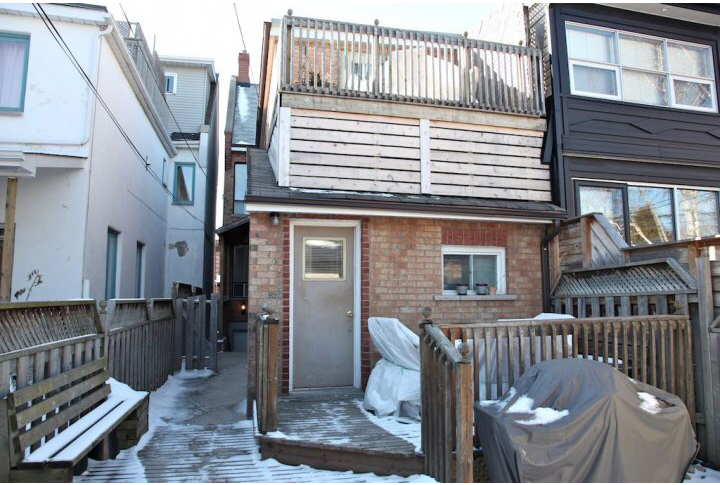 “The previous kitchen was so cut off from the backyard, natural light and to the rest of the house,” Fong reiterates. “Creating better flow from the kitchen to the backyard was a must.”

Luckily, Fong is a whiz when it comes to finding new visions in old Toronto houses (her family’s Edwardian included). And she had a multi-step plan to drag the Victorian out of its design rut. 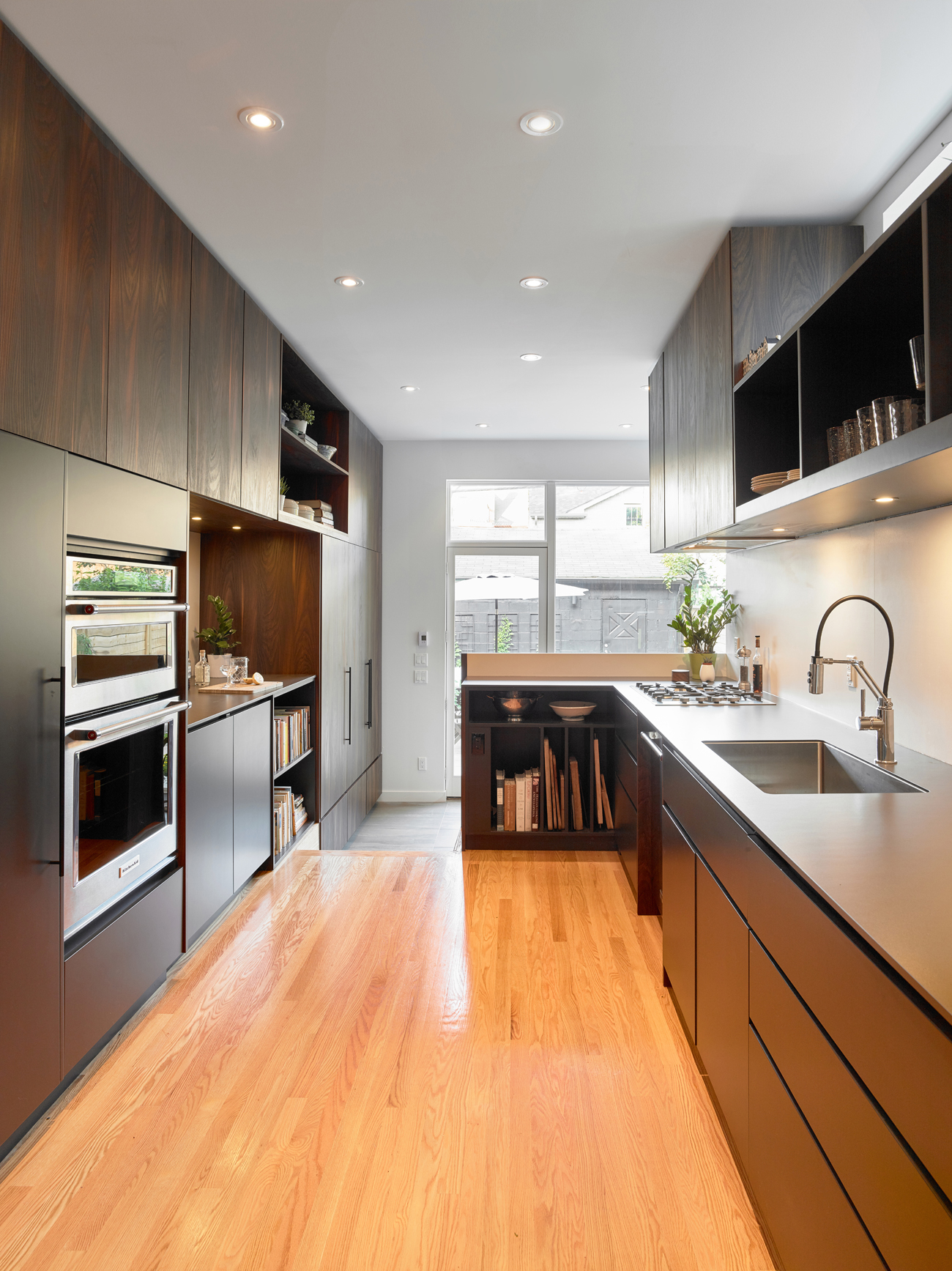 She started by knocking out the dining room wall and demolishing the bathroom. Those subtractions dramatically improved the home’s flow, opening a bright corridor to the yard.

She was also tasked with bringing more natural light into the kitchen, without transposing it to the rear of the house (which would have upped the reno tab). Her solution was to craft a tiny 11-square-metre extension from the kitchen at a lower elevation than the rest of the main floor. 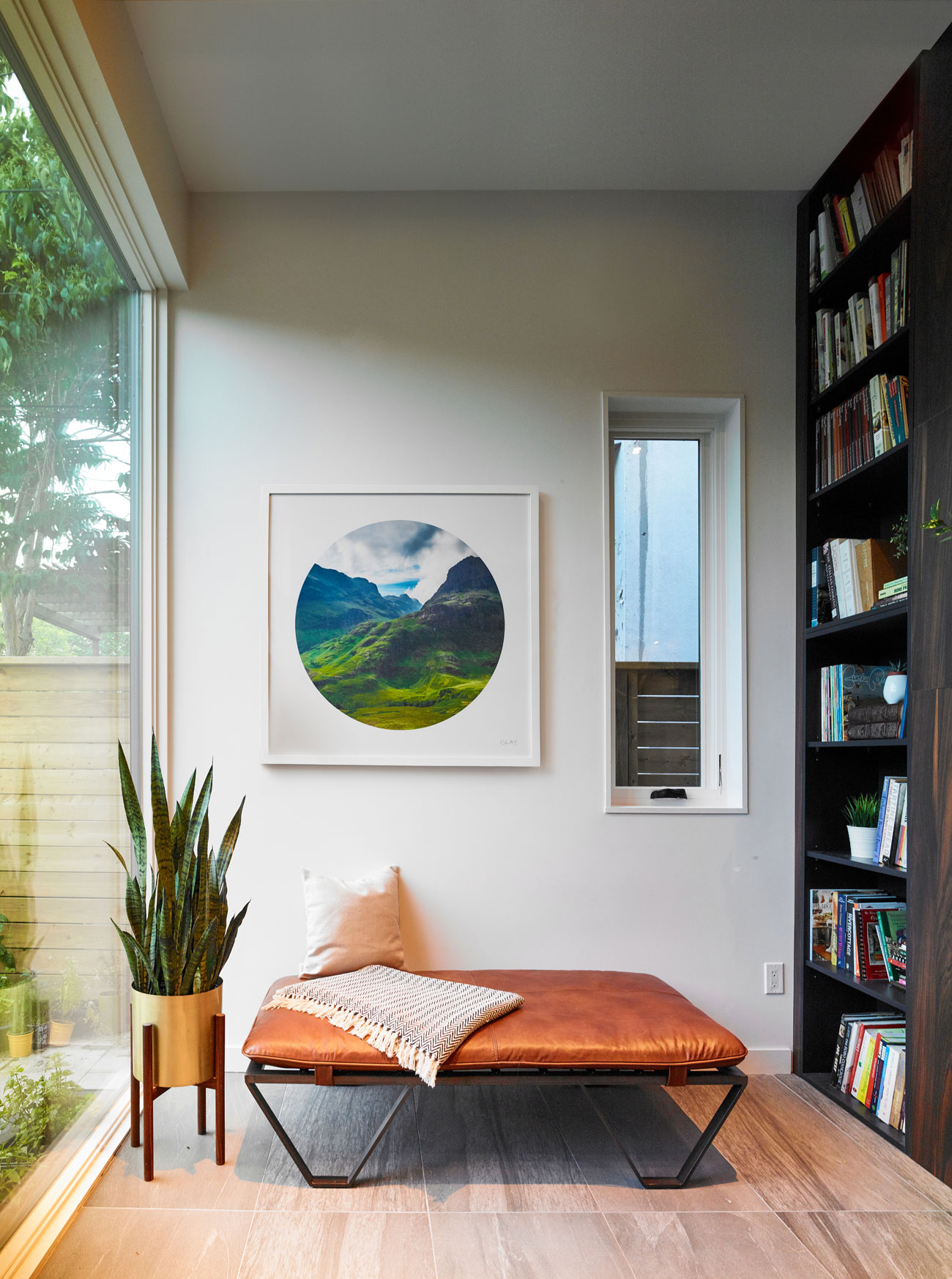 Lowering the mudroom heightened the ceilings, allowing the architect to splurge on 3-metre-high windows from Ridley Windows. Now, light shines straight into the culinary lab.

“When you’re in the kitchen preparing food,” she says, “you can look over and beyond the reading space to the outdoors. […] Any furniture or people in the lowered space don’t visually block the view from the kitchen.” 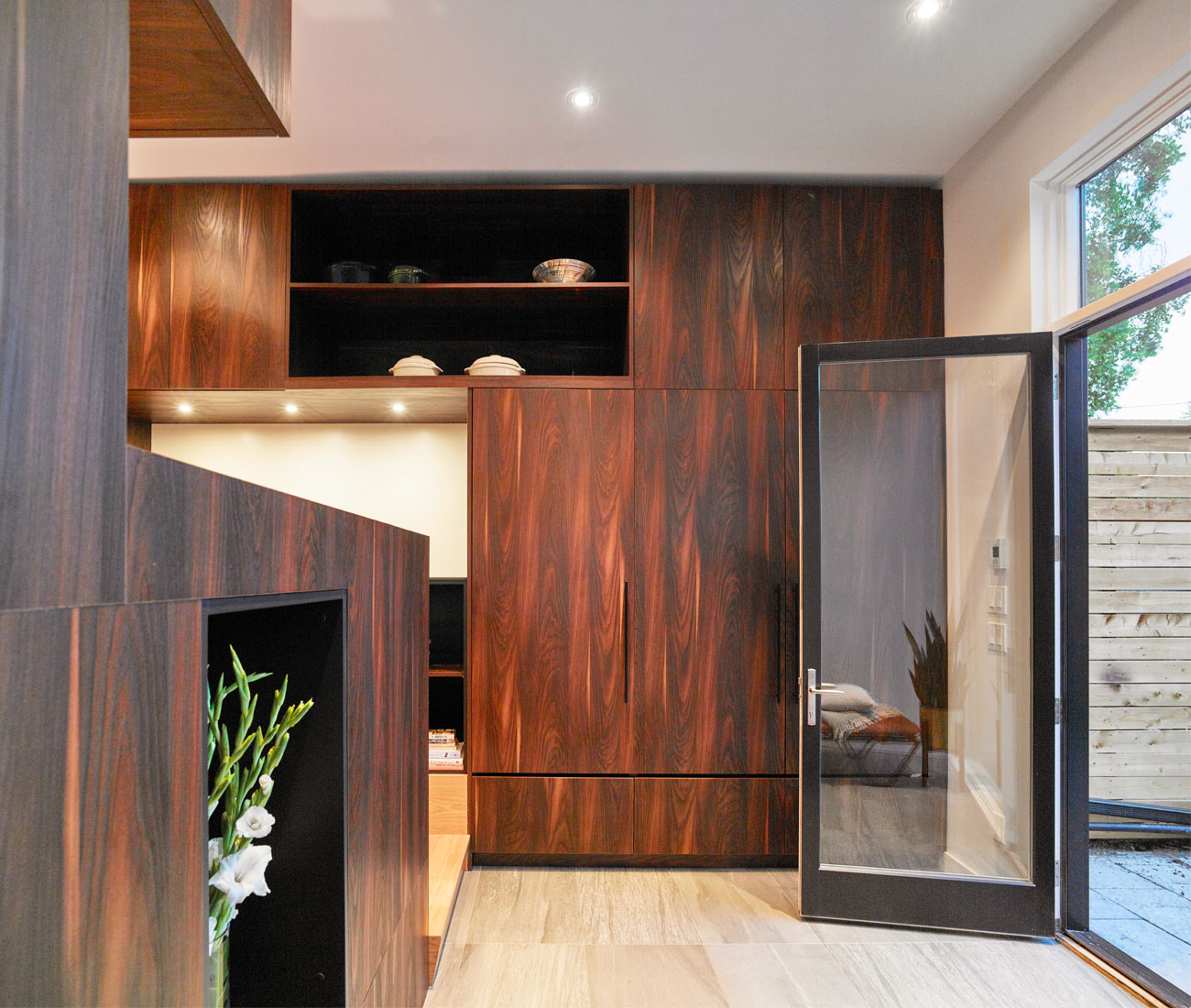 The next item on the menu was what to do with all the pots and pans. “We had to be hyper-efficient in the layout to maximize storage as well as create enough counter and surface space for the cooking duo,” she says.

“To do this we essentially lined both lengths of the house with continuous millwork. The kitchen millwork bleeds into the mudroom to create a unified and continuous look – visually expanding the feel of the space.” Open shelving puts the chef de maisons’ cookbooks within reach. 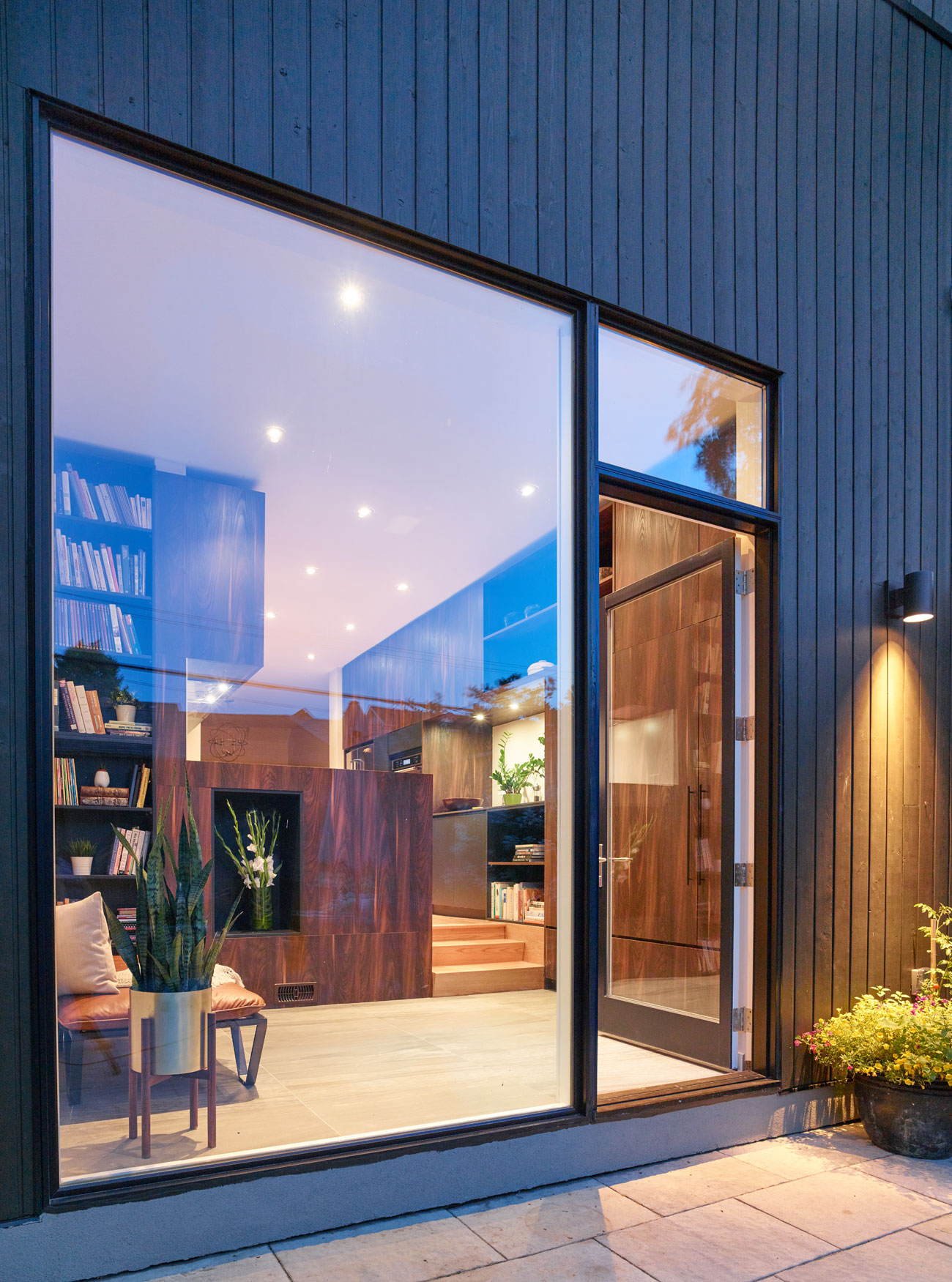 Outside, the addition was clad in refinished wood siding from Maibec, a surprisingly budget-friendly option that has a big visual impact on the Victorian home, especially in contrast to the warm, woodsy glow emanating from within the reading nook.

Although the house retained its narrow footprint throughout the renovation, Fong is proud to have made the space functional for her clients. “The constraint of a small footprint pushed us to an architectural solution that would maximize storage and kitchen area, yet still feel spacious.”

“The changes in level helped to define the spaces without closing them off to each other.” And that’s exactly the vision – and view to the outdoors – this house needed. VF-A.COM