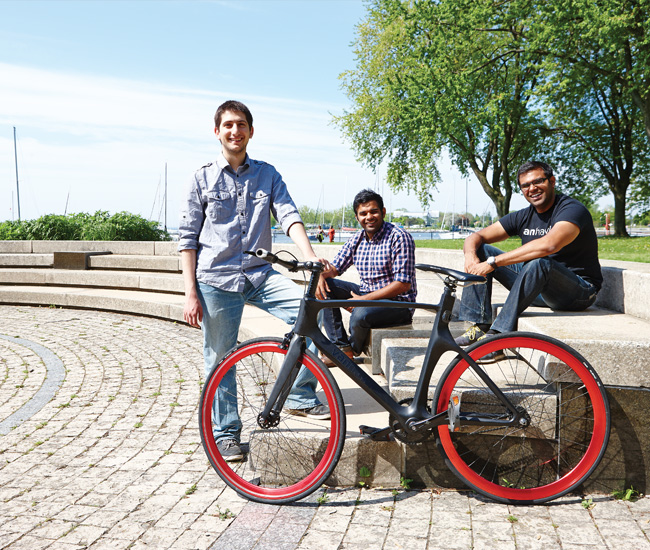 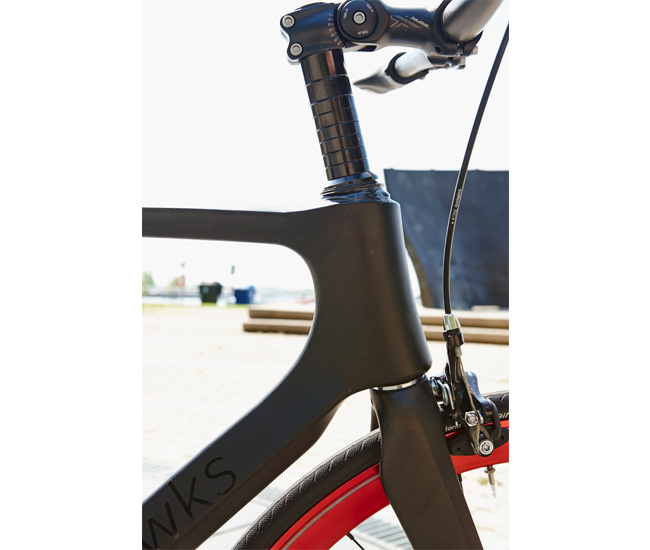 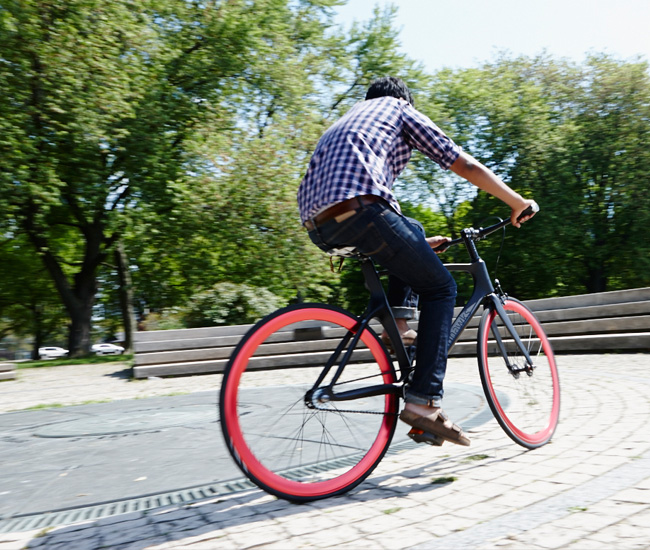 The city is a battleground for commuters, and a growing number are taking up the two-wheeled option because they simply find it to be the fastest way to get around. And at long last, cyclists are gaining ground here with the extension of the West Toronto Railpath, the new Pan Am Path, and the revitalized Lower Don Trail, along with a free app that will help city council plan an even better bike network. Another win: local start-up Vanhawks and its carbon fibre Valour. Named for the courage needed to fight traffic, this smart and tough bike is well-suited for our streets.

Its structure and sculptural appearance was informed by CEO and chief designer Sohaib Zahid’s experience in biomechanics and ergonomics, and was inspired by the femur – the body’s strongest bone. Co-founder Adil Aftab’s manufacturing background (he introduced lightweight, durable carbon fibre to his family’s Pakistan-based hockey stick business) contributed to the frame’s proprietary construction. Unlike most bikes that are hollow tubes glued together, Valour has a unibody – one piece of moulded carbon fibre with internal walls that reinforce critical load-bearing points. The disc brake and carbon fibre belt drive are weatherproof.

But what really got Valour noticed was its smarts. Computer-savvy co-founders Niv Yahel and Ali Zahid integrated low-energy Bluetooth, which connects to a smart phone’s GPS navigation system and provides turn-by-turn directions via LED handlebar indicators. Blind spot–detection on the back wheel causes the handlebars to vibrate if cars get too close, while on-board sensors linked to an app track rider performance statistics. When connected to Vanhawks’ network, the bike uploads information, such as which routes have the fewest hills or potholes, and this is shared with the larger community. The network can even locate stolen Valours.

Vanhawks’ Kickstarter campaign went viral when it launched in May, reaching its $100,000 goal in about 30 hours, and ultimately becoming the most funded campaign to date in Canada ($820,000 was raised in a month). Assembled here and without any go-betweens – it’s only available through Vanhawks’ website – Valour is a smart carbon fibre bike without the pro price tag. Unsurprisingly, orders are coming in from around the world. vanhawks.com

Valour starts at $1,250 and begins shipping In October.

Originally published in our Fall 2014 issue.