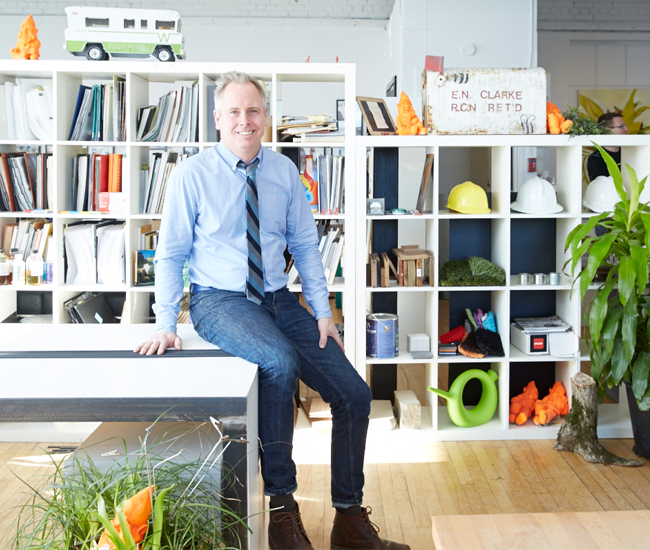 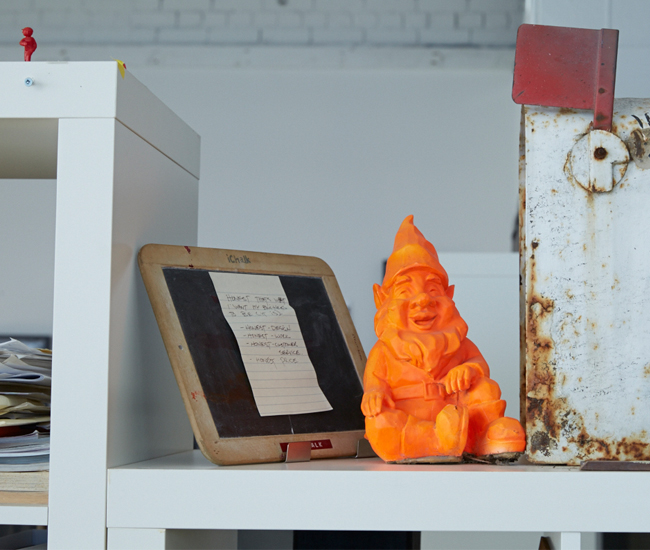 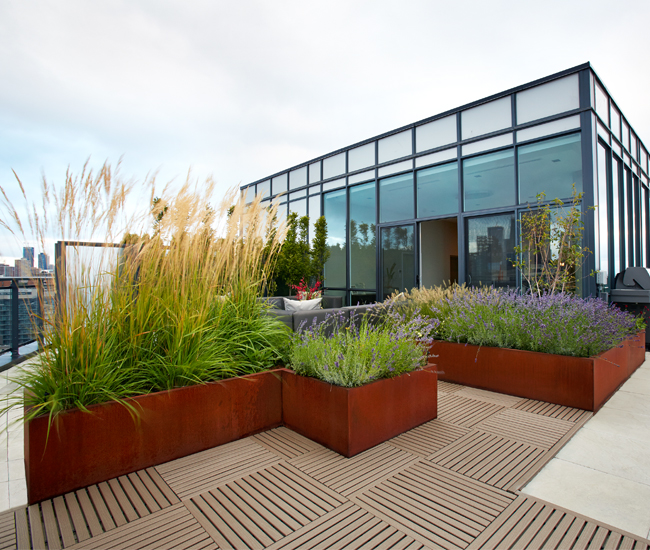 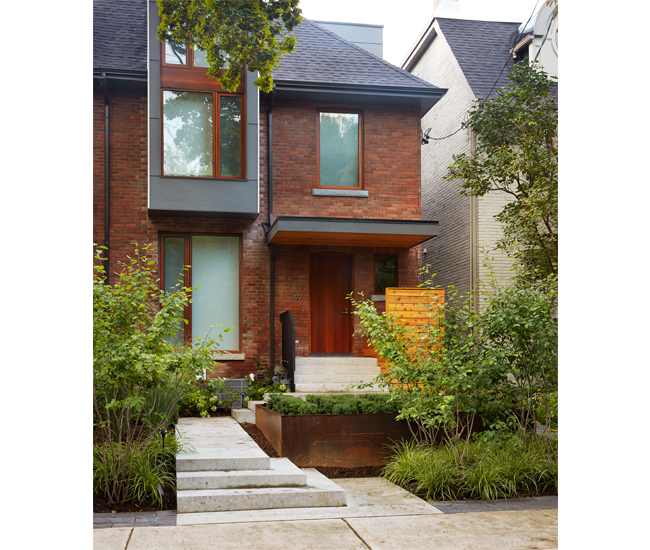 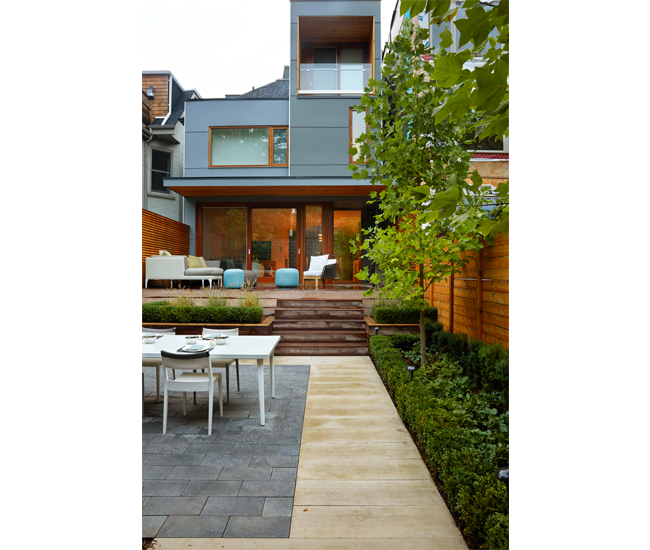 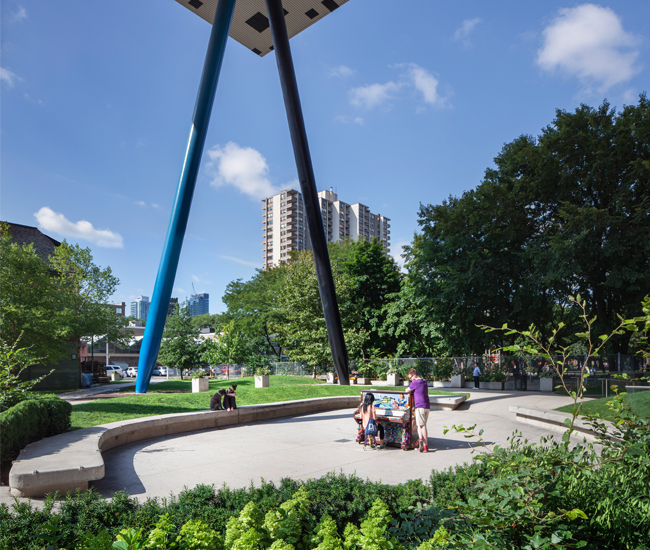 The Sharp Centre for Design’s colourful “pencils” are set off by sculpted beds planted with beech shrubs and hydrangea in Butterfield Park, which Joel Loblaw designed. 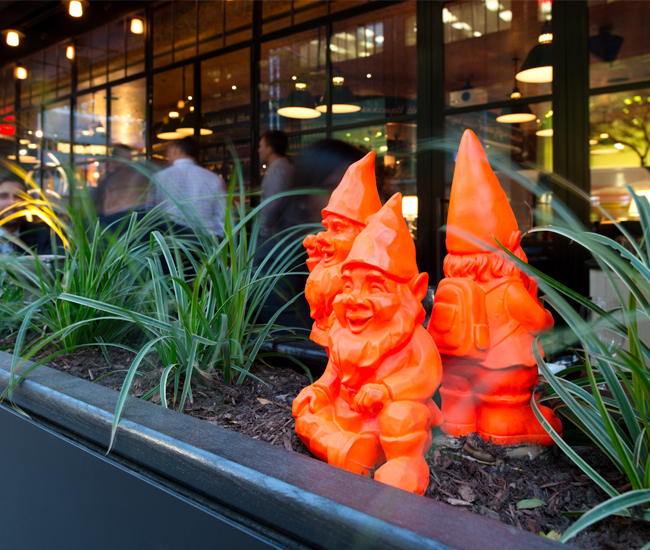 When Joel Loblaw first meets with clients, he hands them monographs on two legendary garden designers, Piet Oudolf and Luciano Giubbilei, and asks them to pick a favourite. “They are top examples of the extremes I like. One is very structured, and one is very loose,” says Loblaw, who operates his eponymous design-and-build firm out of a Leslieville office.

Structure and looseness could describe his approach to both art and real-life landscapes. “Together, they create a really nice tension in a garden,” he says. An accomplished abstract painter who has conjured dream-like creations for Nuit Blanche, Loblaw first determines where to build on the spectrum between structure and movement, and then places at least one arresting – but never showy – element that pierces the rest of the landscape. “Even abstract art has composition and balance – if it’s any good.”

In a recent project, he used a conservative, red brick detached home in Rosedale as the hard-edged backdrop for swaths of softer stuff. Out back, two separate stone-tiled patios float among beds of low-lying grasses and sharply pruned hedge shrubs. In front, those same shrubs and grass encircle a wrought-iron fence, which in turn encases a cluster of hydrangeas that frame a softly lit cube of glass – a living nesting doll of texture. That glass cube exemplifies how Loblaw thinks a signature detail should work. “It’s a subtle yellow light that doesn’t overwhelm you, but it still distinguishes the house from everyone else’s on the street,” he says.

That push-and-pull aesthetic defines projects that range from urban rooftop patios to small city gardens. Recently in Riverdale, he played off the rustic cottage look of a weathered garage clad in wood and steel by designing an entry to the pool with dock-like details. The unstained deck is lined with wooden posts and glass railings, tufts of tall beach grass, mismatched lounge chairs and, of course, the trademark detail – a path of wide tiles lined in vibrant green moss.

Loblaw often gives clients the same advice: invest in the plants, or what he calls the fourth dimension. “Elements like a front walkway are two-dimensional,” he says. “Most people won’t notice if they’re walking on $35 flagstone or $6 brick. What gives a project its glamour is the planting plan.” It’s the living things that look beautiful year-round, are animated from multiple angles and interact with all of the senses – from the smell of lilac to the rustle of tall grass.

Originally published in our Summer 2015 issue as Raw and Order. 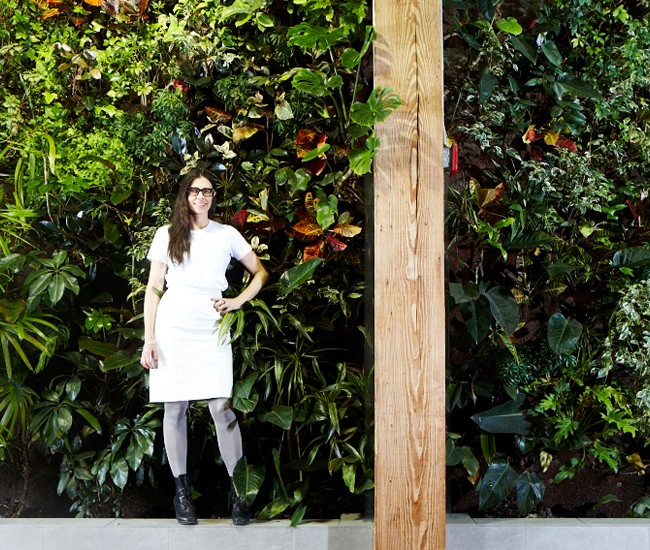 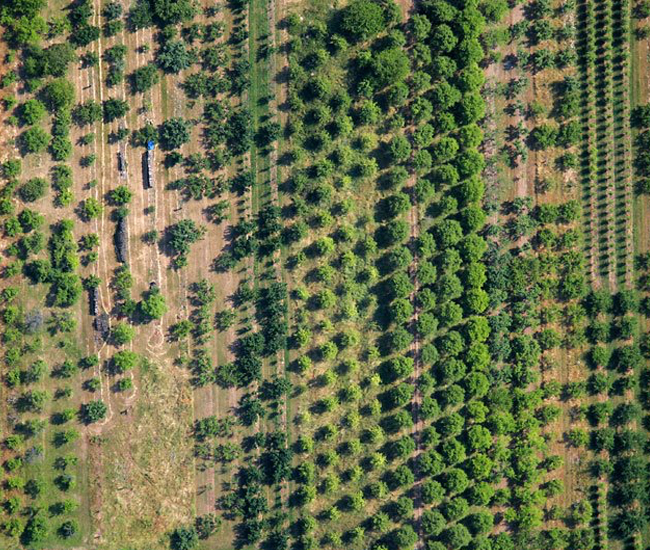 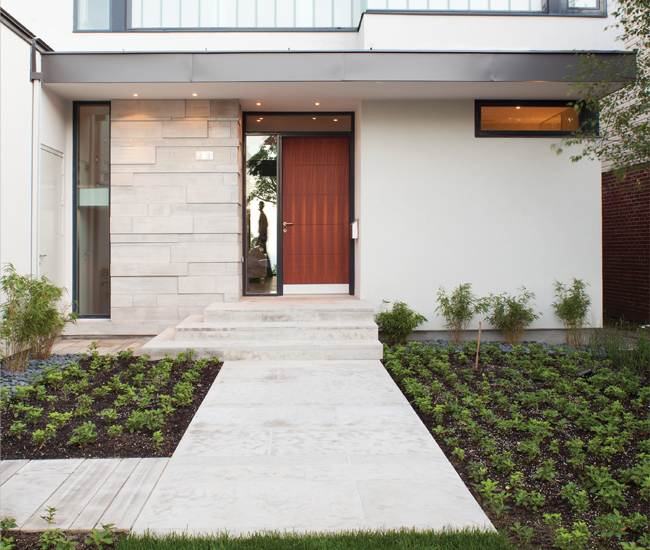 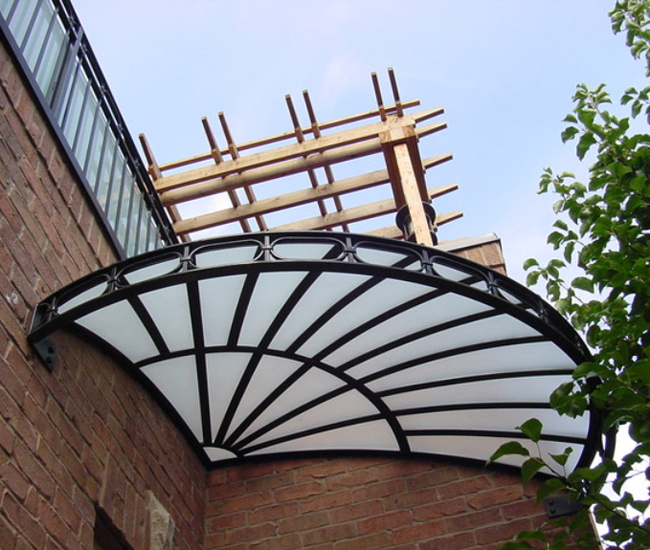 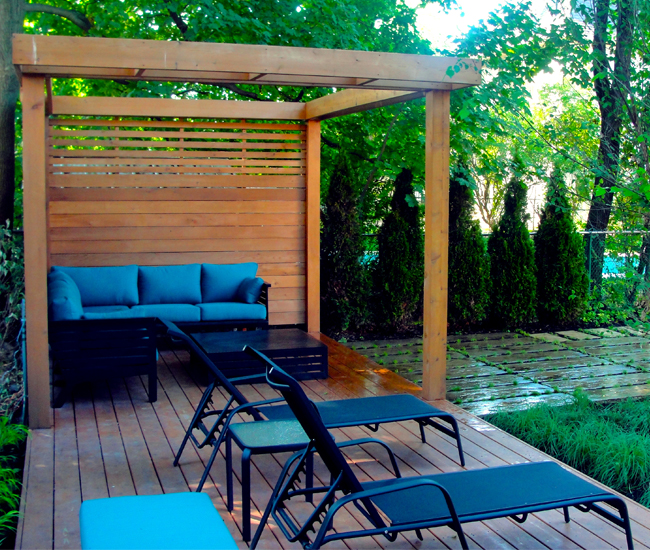 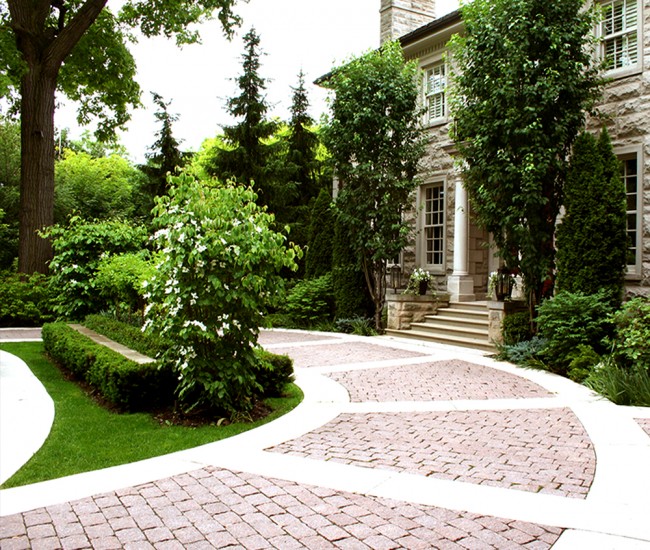 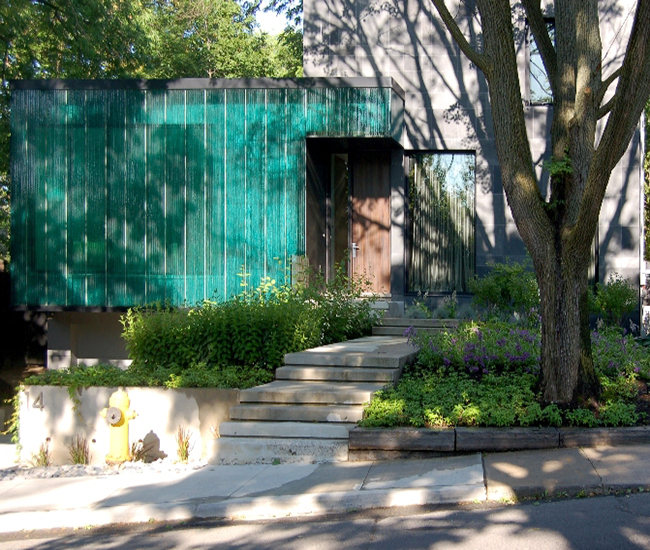 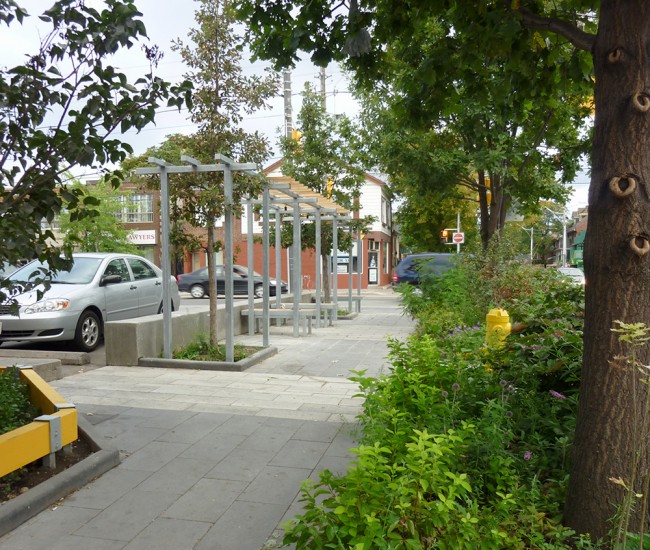 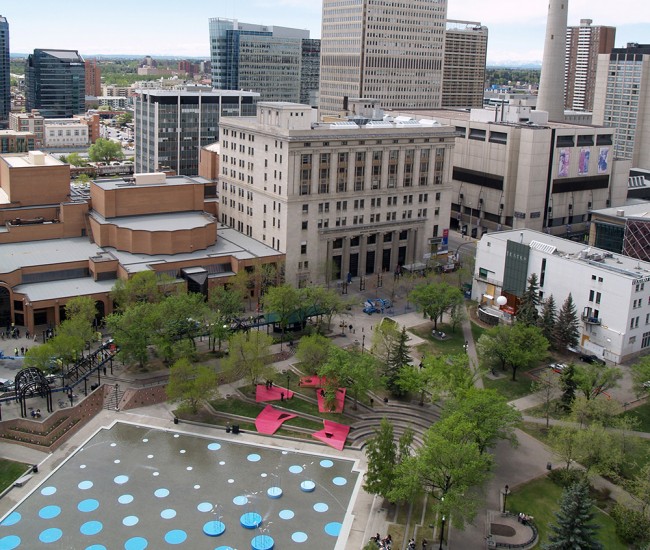 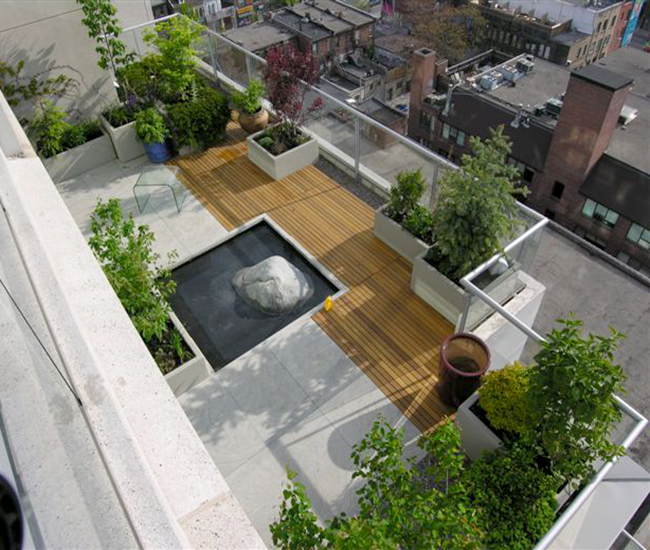