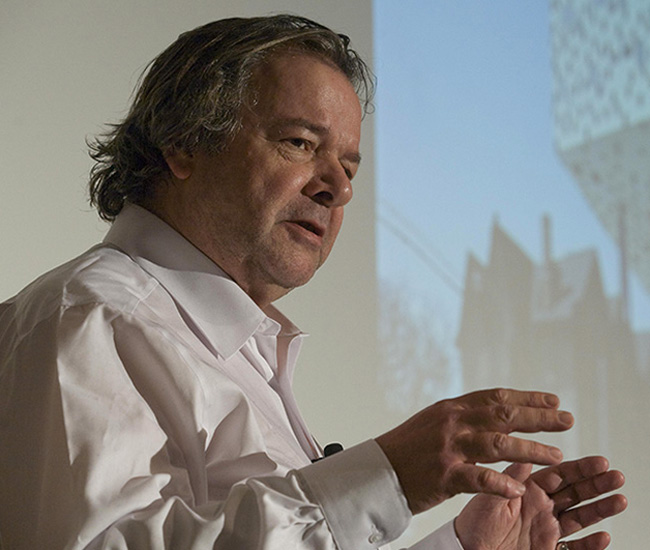 British architect Will Alsop has died. Here are two projects that encapsulated his groundbreaking career – and changed Toronto

When iconoclastic British architect Will Alsop died after a short illness at the age of 70 on Saturday, he left behind a legacy of pioneering buildings with outsized impact and a vocabulary all their own. Never entirely appreciated in his native Great Britain, he nonetheless delivered at least two groundbreaking projects there and went on to do some of his best work in foreign cities such as Toronto, where he opened an office in the early 2000s (it was closed after a few years) and his most recent creations – a pair of unusually eye-popping subway stations – opened this past December.

“Will Alsop was one of the true free spirits and creative iconoclasts of contemporary architecture, with an exuberance that reached full flower in the Sharp Centre at OCAD [University] in Toronto,” critic Paul Goldberger tweeted shortly after the architect’s death was announced. Like many of Alsop’s buildings, OCAD’s Sharp Centre for Design simultaneously electrified and made itself at home in its otherwise mundane setting, instilling a sense of both wonder and welcome.

This architectural alchemy – combined with a liberal and unabashed dose of weirdness – defined almost all of Alsop’s finest projects, regardless of typology.

Despite his early triumphs in London, few of Alsop’s designs were being realized in England, prompting him to seek opportunities overseas. At the beginning of the millennium, the U.K.’s loss became Canada’s gain. Alsop’s design for OCAD University’s Sharp Centre – a checkerboard slab floating above an existing school building atop tilting multicoloured pillars – proved an overnight hit, redefining not only the university and its neighbourhood, but opening the door to bolder architecture in what was previously a conservative city. “Growing up in Toronto, it’s impossible to underestimate the impact that Alsop’s Sharp Centre for Design had on the local design culture,” V&A curator Brendan Cormier wrote recently on Twitter. “It arrived like an alien, broke with cliches … and changed how we thought cities could look like.”

Grandchildren of Alsop’s nineties-era North Greenwich station in London, the two subway stations the architect designed for Toronto’s expanded Spadina line were among the last of his career. As Simon Lewsen described them in the March/April issue of Azure, the suburban transit stops, which had opened just a few months prior, nicely encapsulate the dual nature of the architect, the goth prince with a colourful personality.

While the Pioneer Village station features blob-shaped “chandeliers” resembling “slithery primordial creatures” and a dramatic outdoor canopy sporting fins that “cast theatrical shadows,” the Finch West station is, by contrast, “a happy assemblage of brightly coloured glass panels.” Once again, the projects prompted perennially complacent Torontonians to consider the power of provocative design – and perhaps demand more of it in the future.