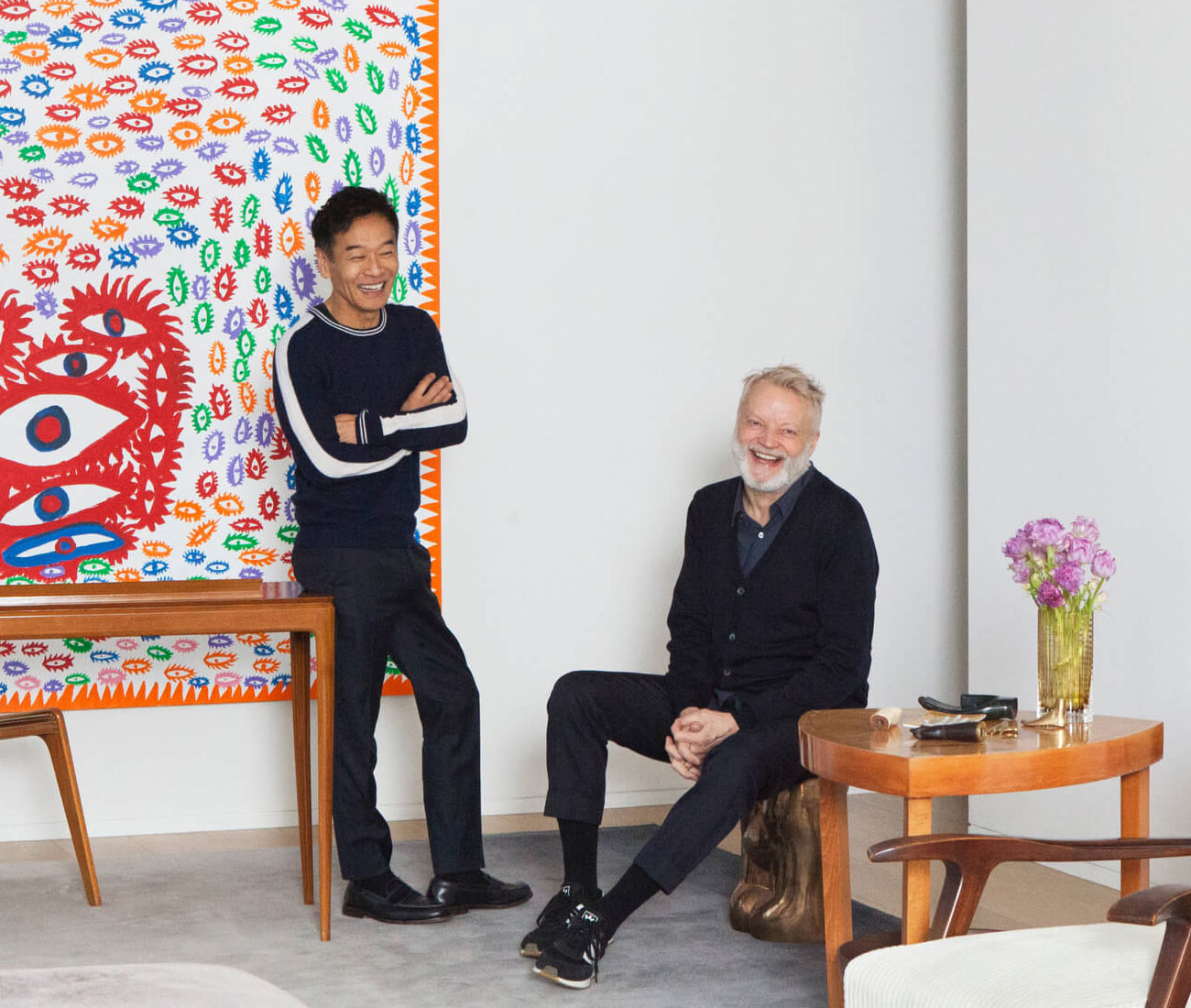 Step inside George Yabu and Glenn Pushelberg’s Toronto residence, which plays host to their eclectic and ever-evolving collection.

With notable residences in Miami, New York City and Amagansett, George Yabu and Glenn Pushelberg, of the renowned Toronto and New York-based studio Yabu Pushelberg, are no strangers to the art of globe trotting – and to the art of living. Fitting for the peripatetic design duo’s hometown haven, their Toronto residence’s modest facade, with its crisp yellow door, opens to a carefully curated assortment of design icons, global craft and an expanding selection of the who’s-who of contemporary art.

“As we’re wandering around the world, we occasionally find bits of hands,” the pair says, “and we just collect them.” Though their growing menagerie finds a comical home on a “chicken foot” side table (shot from above), similar palms have appeared in their furnishings – including as bronze details and door pulls in the charming Blink line for Stellar Works. 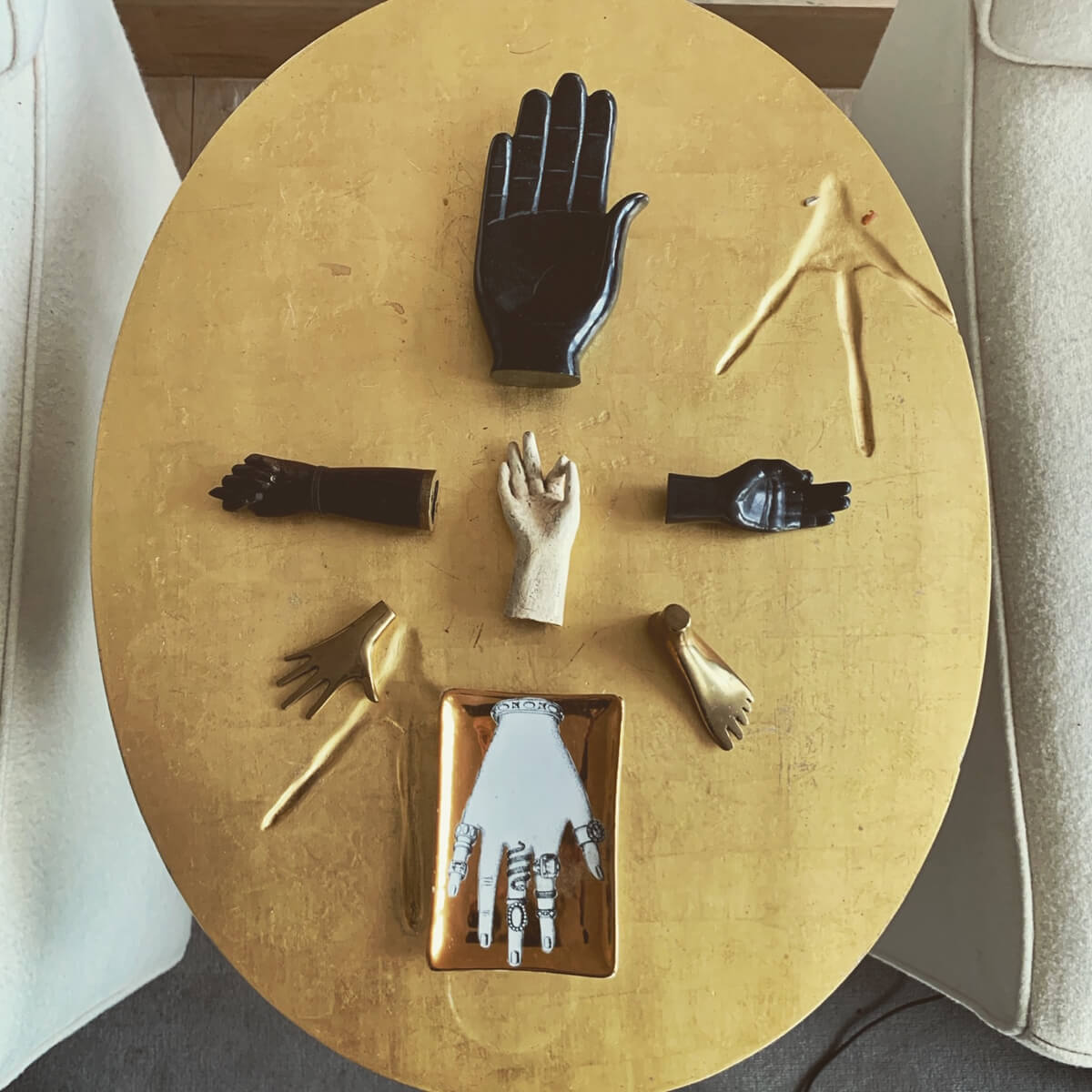 Avid art collectors, the duo has amassed an impressive number of works by Anish Kapoor, Wolfgang Tillmans and even Yayoi Kusama. “George met Yayoi Kusama at an event one evening and they instantly took to one another,” Pushelberg says. “The next day, we purchased this piece.” My Heart 2013 hangs behind Jacques Guillon’s 1953 Cord Chair. In 2016, they also acquired one of the artist’s distinct pumpkin sculptures, which now greets visitors to their Toronto studio. 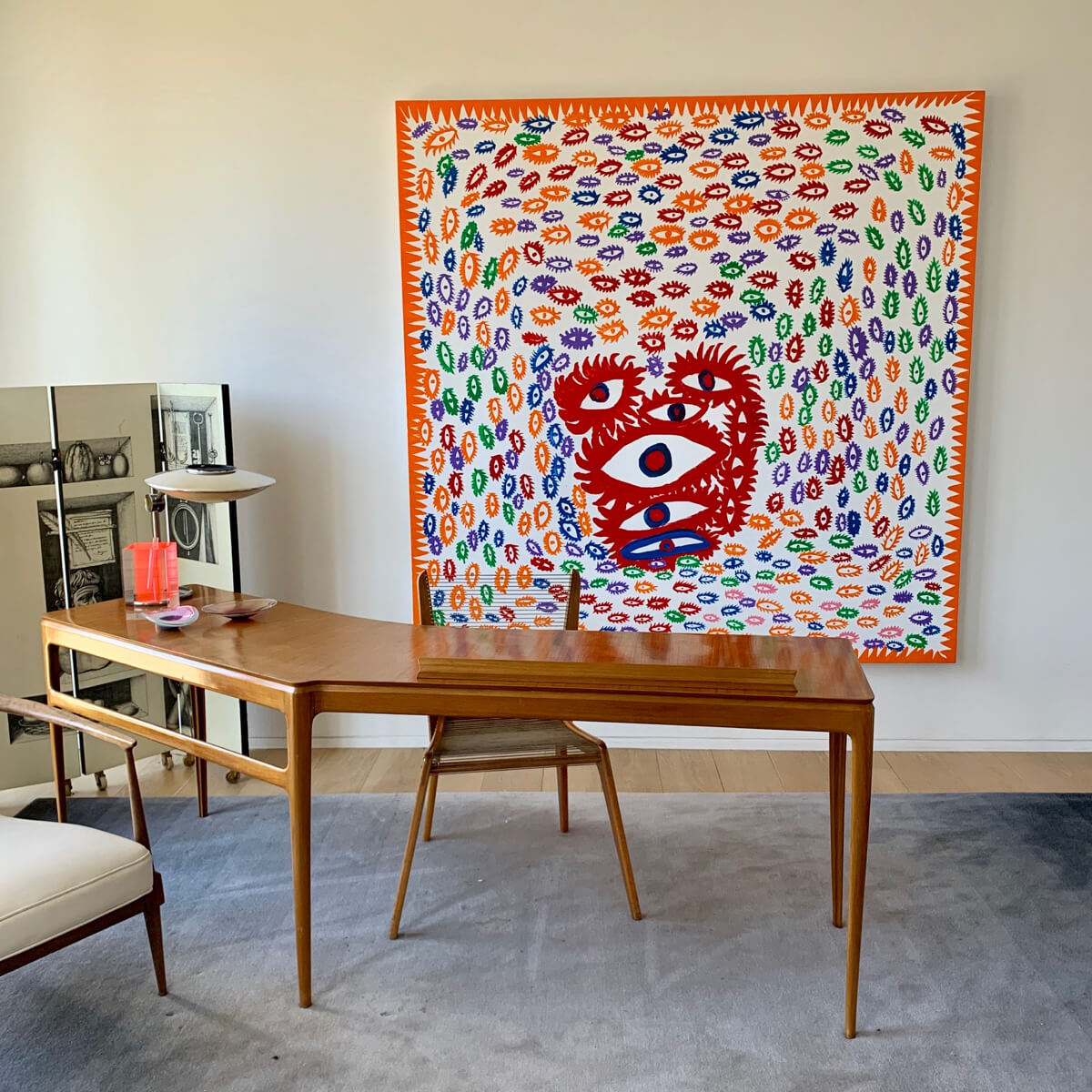 Mounted perpendicular to Kusama is a visage of Yabu, completed in 2016 by London-based artist Julian Opie. “It’s part of a series,” says Pushelberg, who commissioned the piece for Yabu’s birthday. “There was a portrait displayed in the National Portrait Gallery along with a video and bas-relief, which we donated to the Art Gallery of Ontario.” 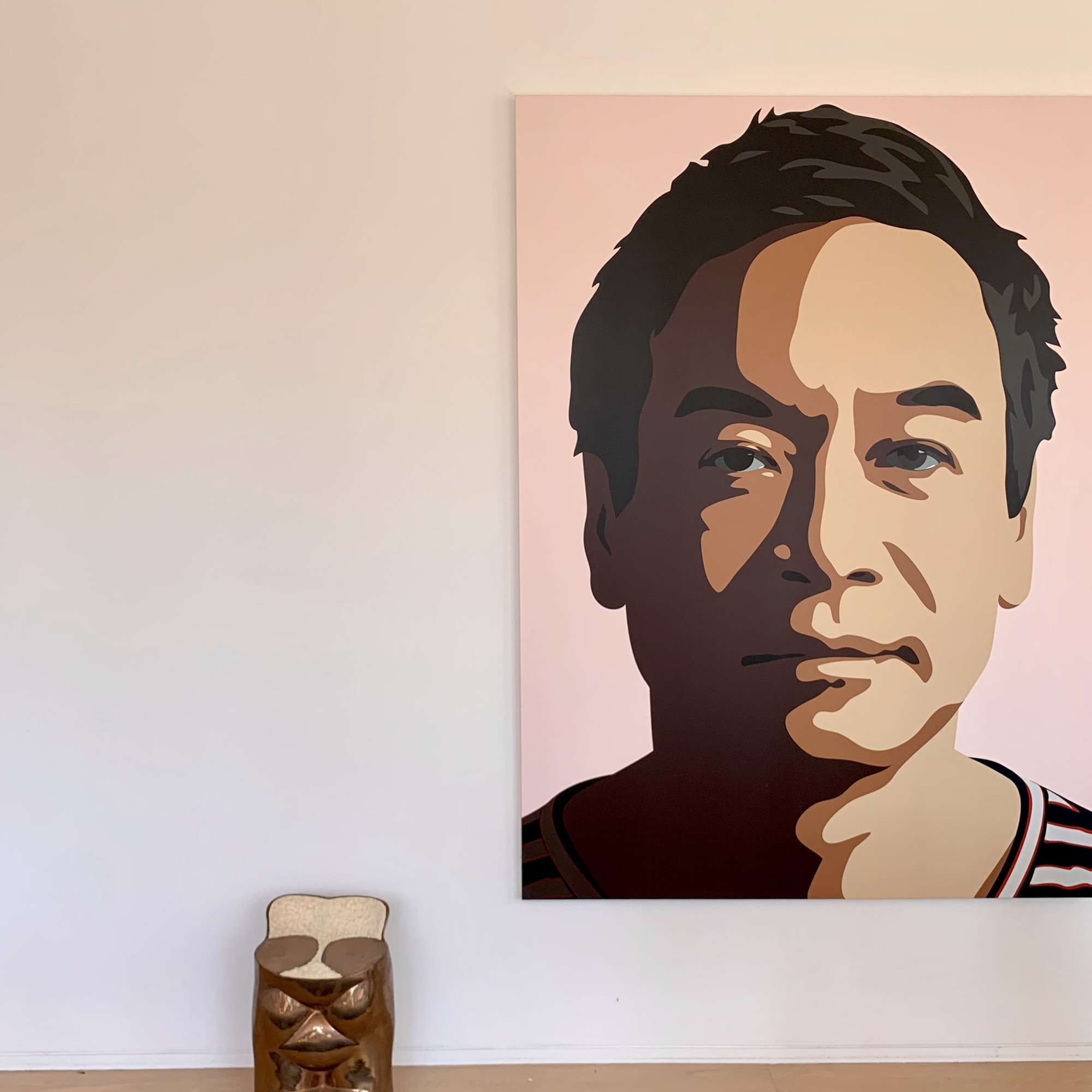 “We live on a ravine in the middle of Toronto,” Pushelberg explains. “From the front, the house is a little cottage but, in the back, we took the roof off so that we could open it up into the forest, separated only by a wall of glass.” On sunny days, two of French designer Jean-Michel Frank’s plush armchairs appear to almost bask in the morning light. An early painting by Dutch artist Eelco Brand is mounted behind the dining table. Pushelberg says, “We like the juxtaposition of these real tulips resting, which George artfully placed in that long dish.” 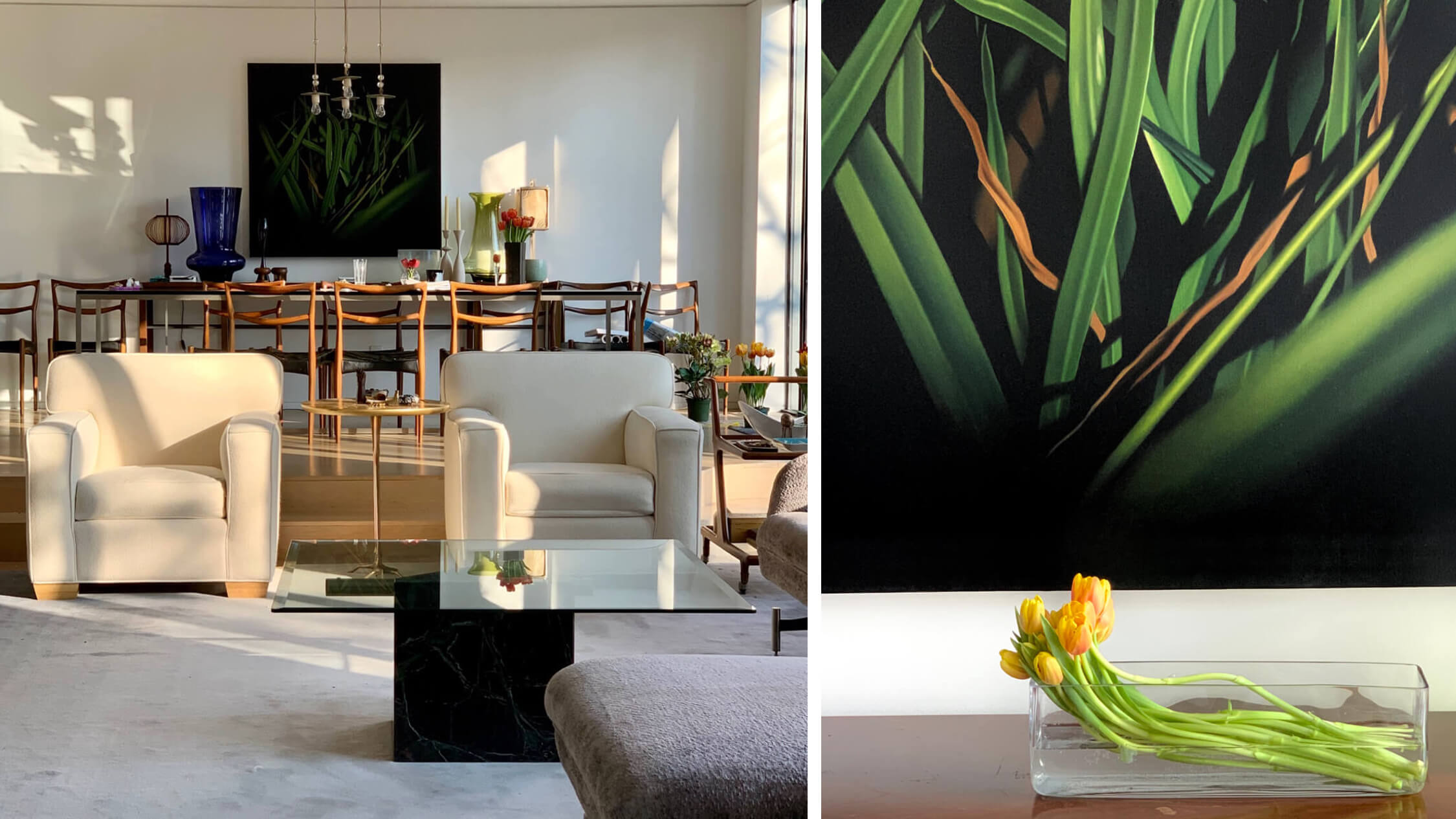 “This is a vignette sitting above what I call an Italian man’s cabinet,” Pushelberg notes. “It opens up and there’s a place to cut your cigars and a place to put your playing cards.” On top, an etched antler by Indigenous artist Fnooky finds a comfortable home in front of a small drawing by the legendary Andy Warhol, both nestled amidst a selection of objects gifted to the designers over the years. 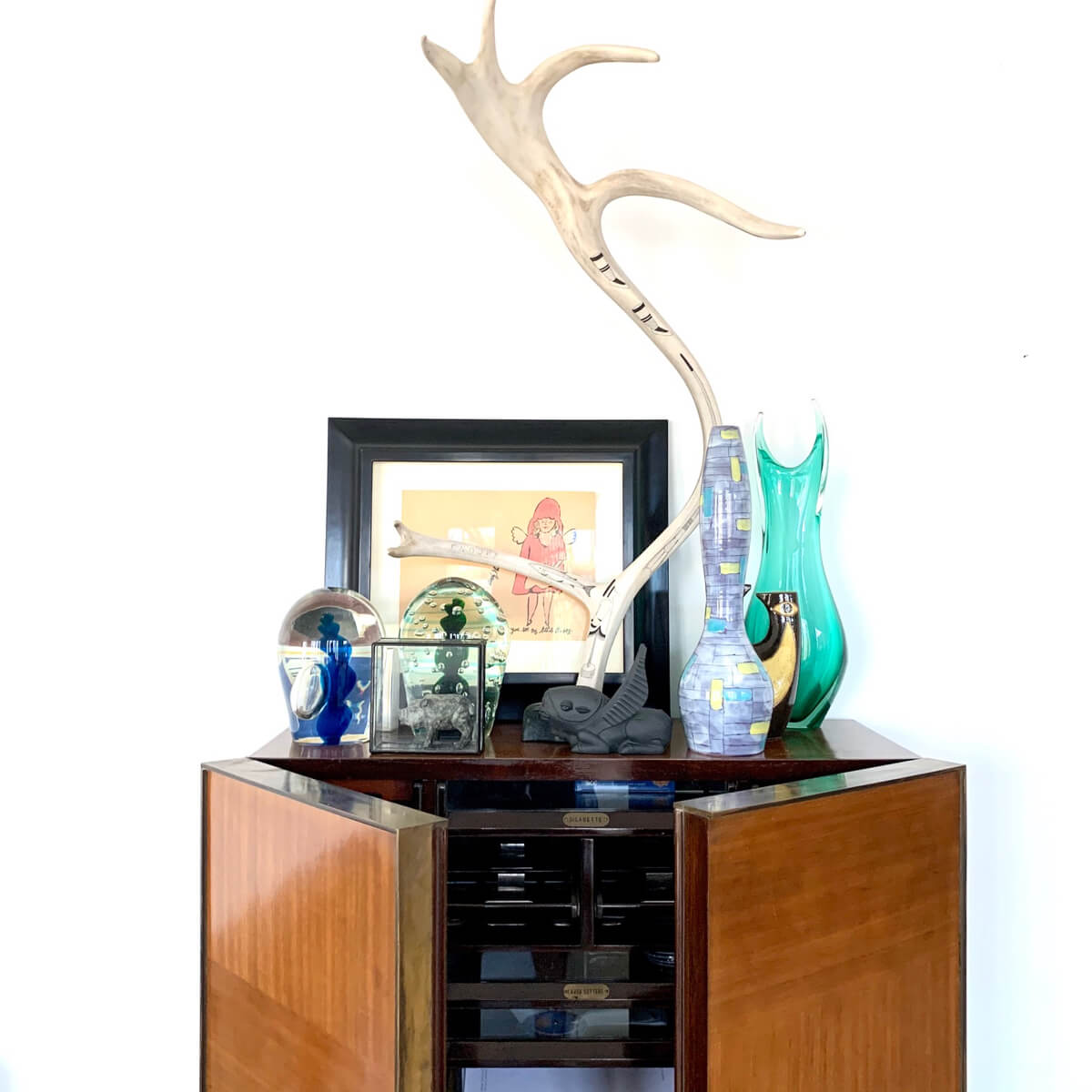 Currently dividing their time between New York and Toronto while working on projects in major international metropolises, from Jerusalem to Tokyo, the pair carefully display an ever-expanding constellation of objects acquired during their travels. 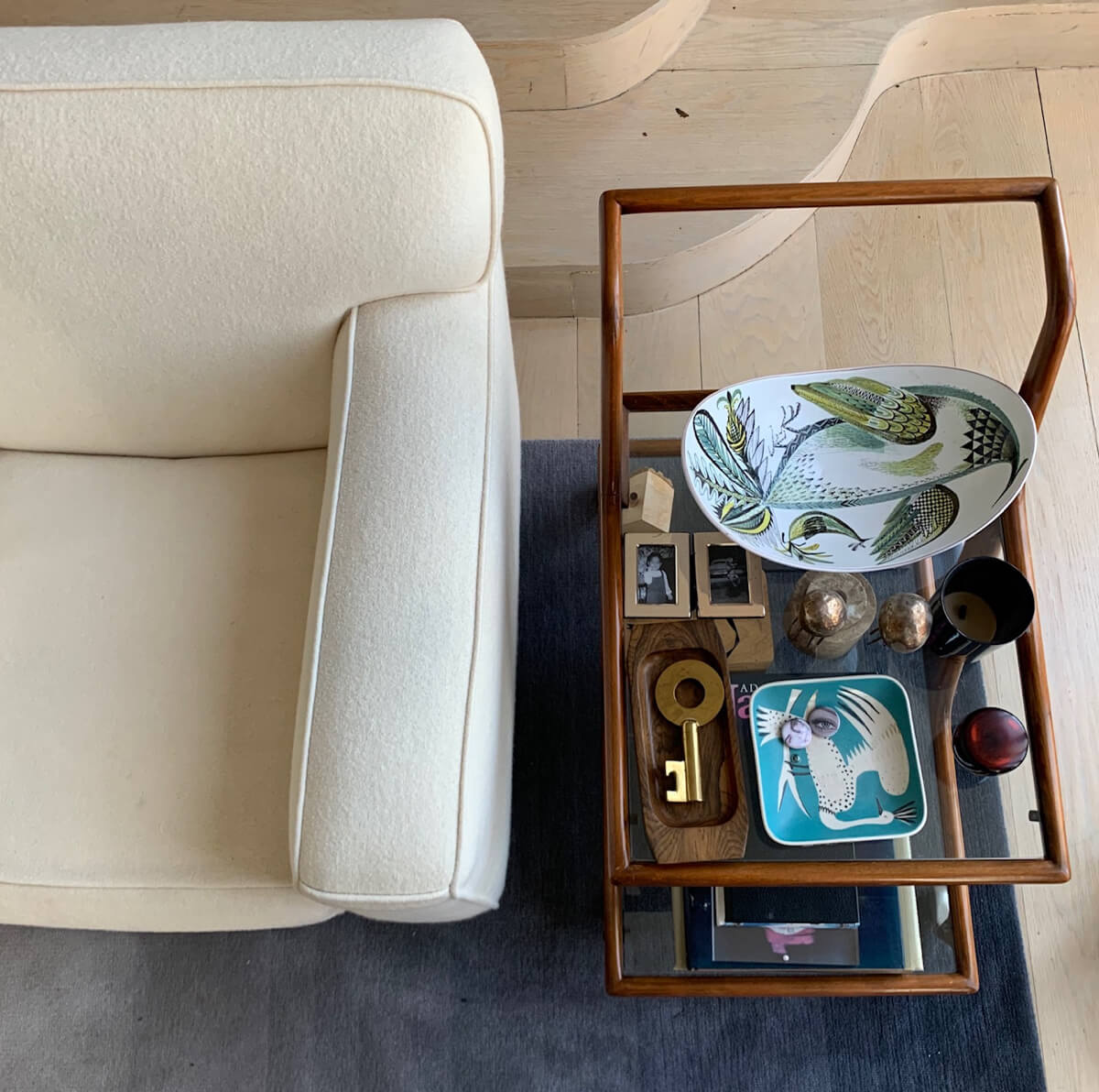 Elsewhere, the duo’s eclectic collection finds surprising homes on various perches, platforms and sills, including the three heads that peak down as you ascend the staircase. “[They] are actually piggy banks in the form of Mexican wrestler masks.” Portraits by celebrated photographers such as Robert Mapplethorpe and Herb Ritts create a gallery-in-miniature on the way to the master bedroom. 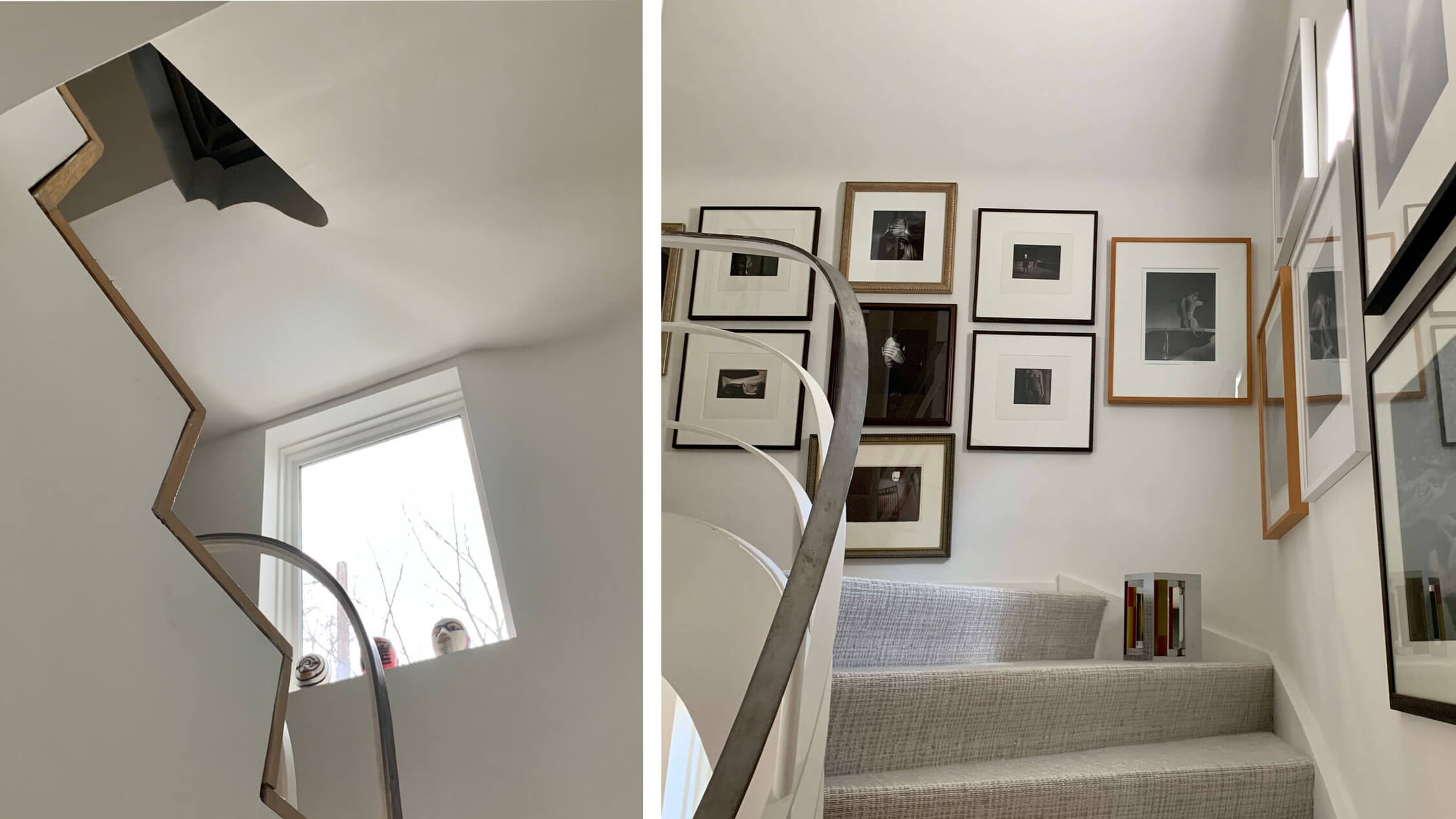 In their home office, rare hallmarks of global mid-century design are juxtaposed with contemporary art, making a striking yet unlikely pairing. “The photograph is by Philip-Lorca diCorcia and the chair is [by Joaquim] Tenreiro, a rare piece by the Brazilian designer, whose work is no longer produced,” they explain. “We’re lucky to have it.” 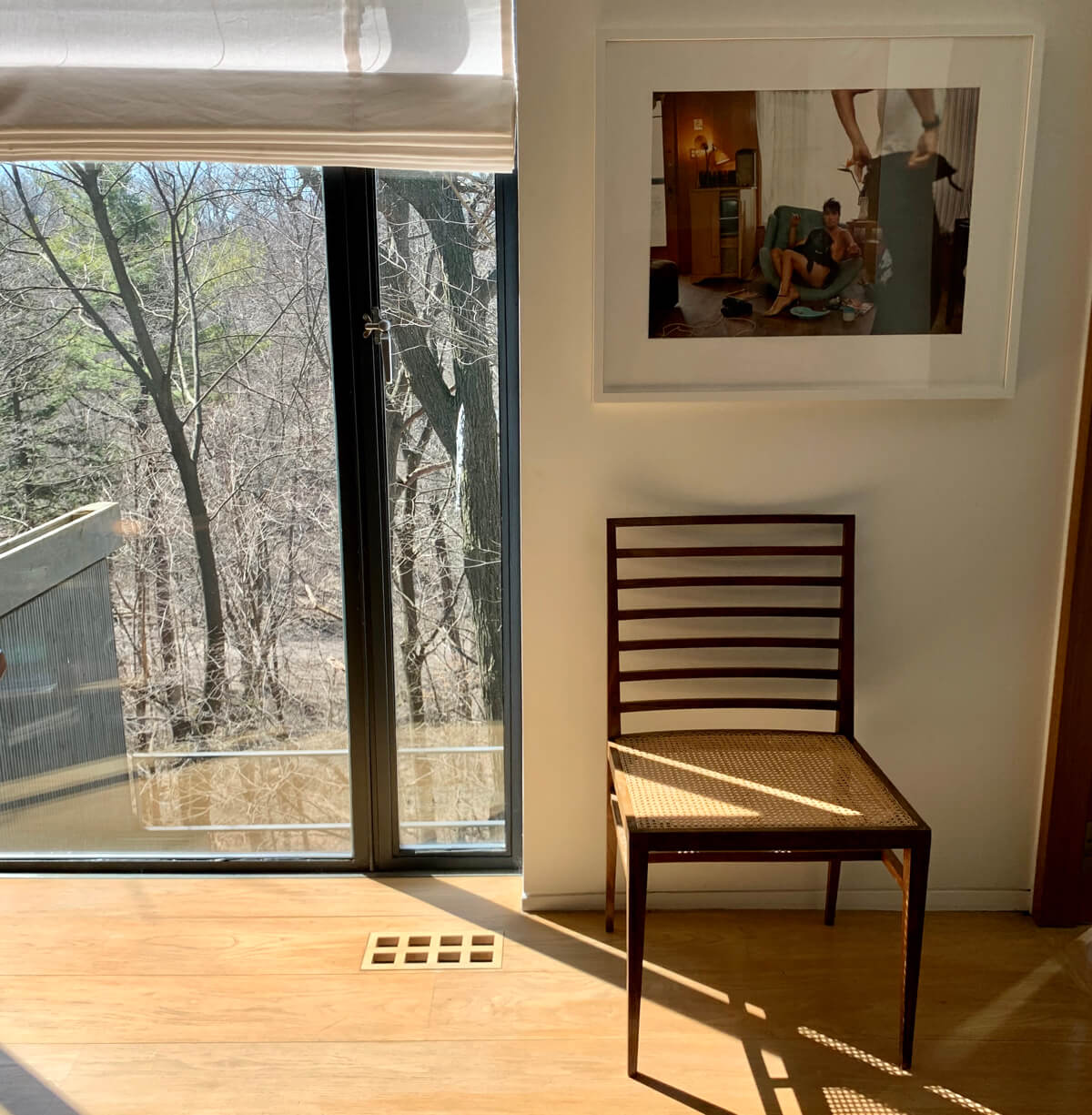 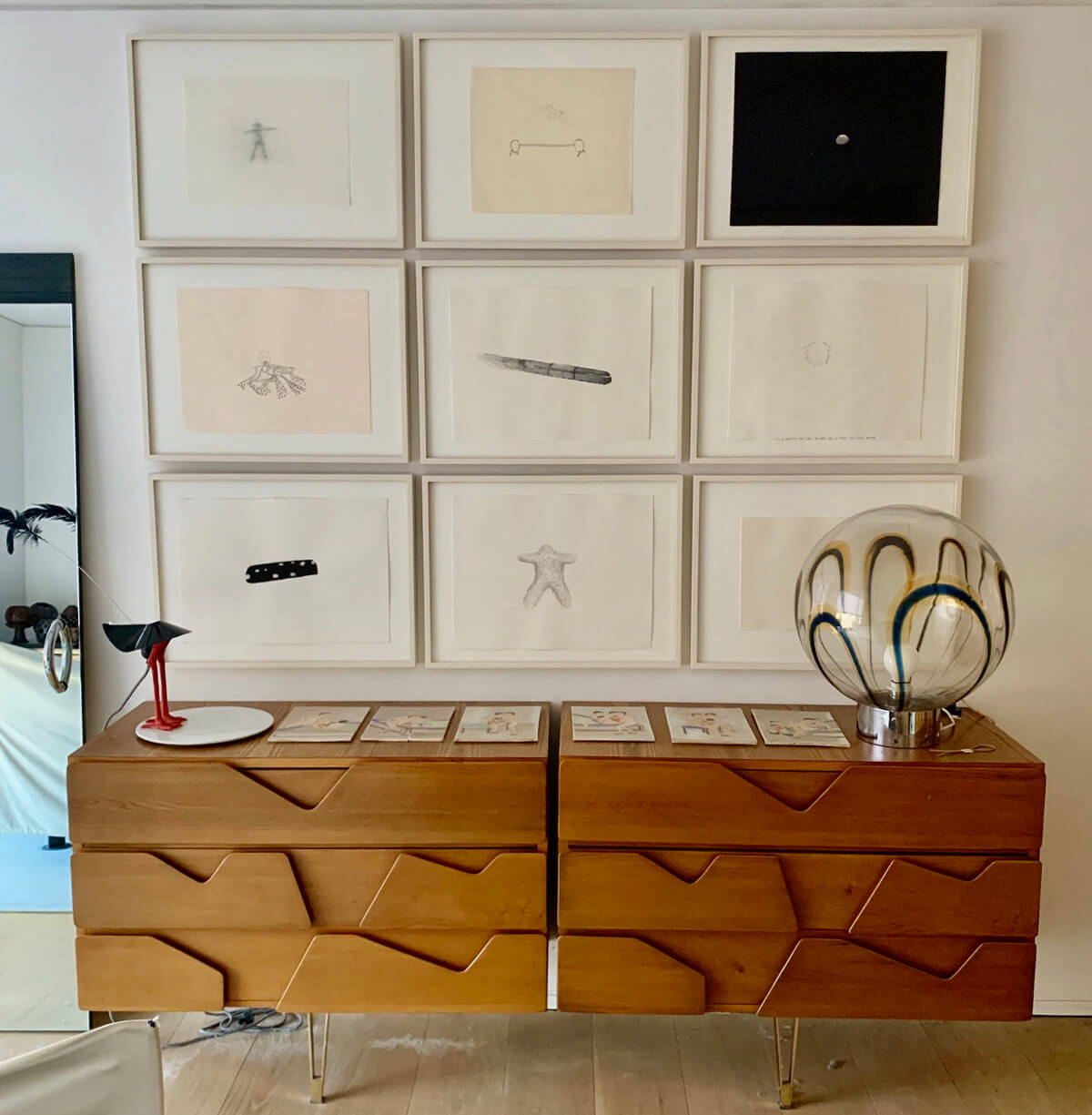 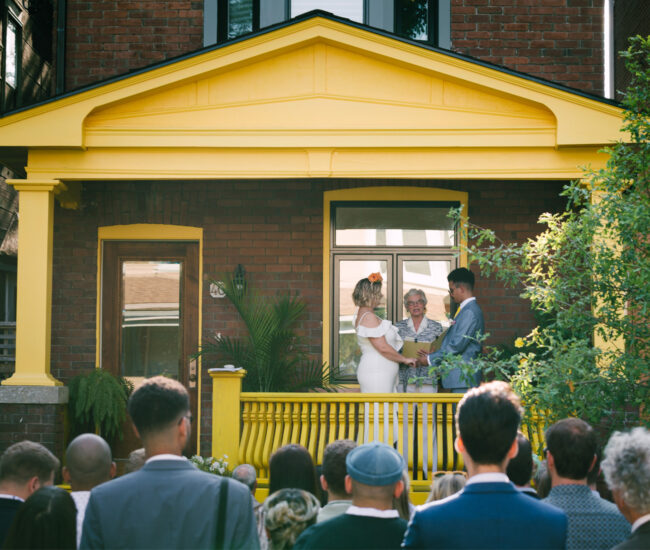 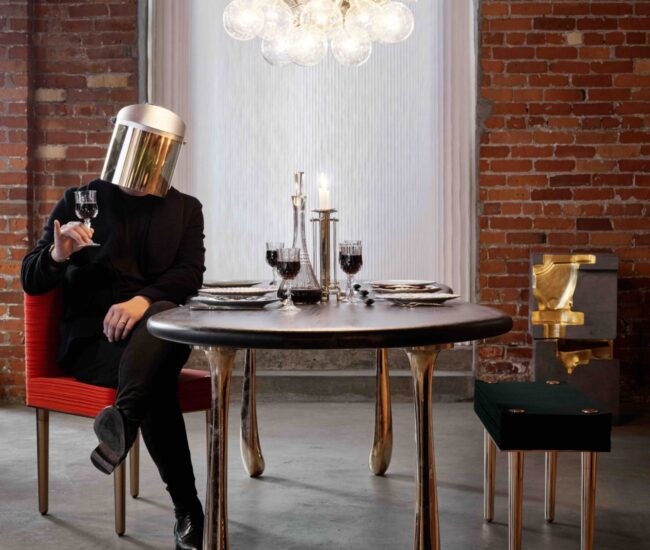 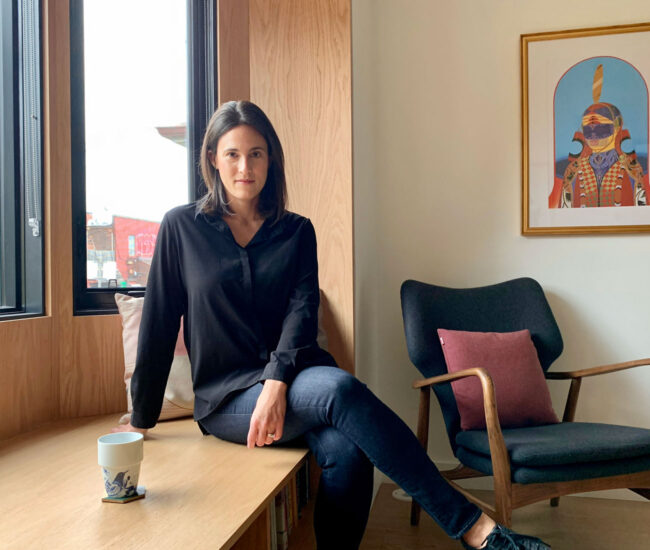 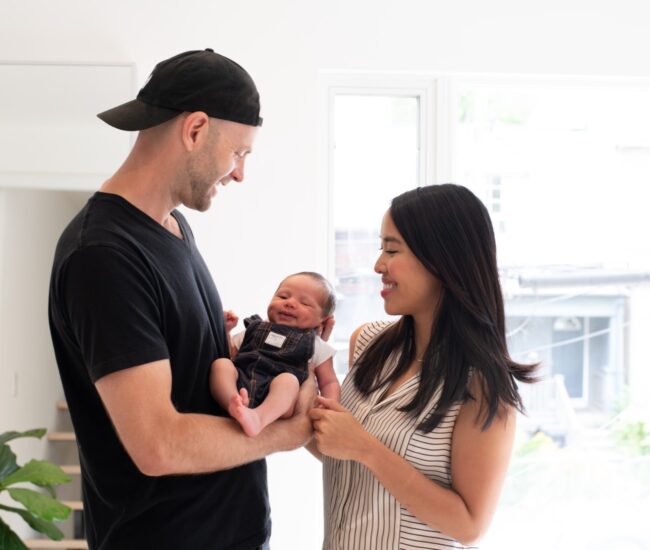 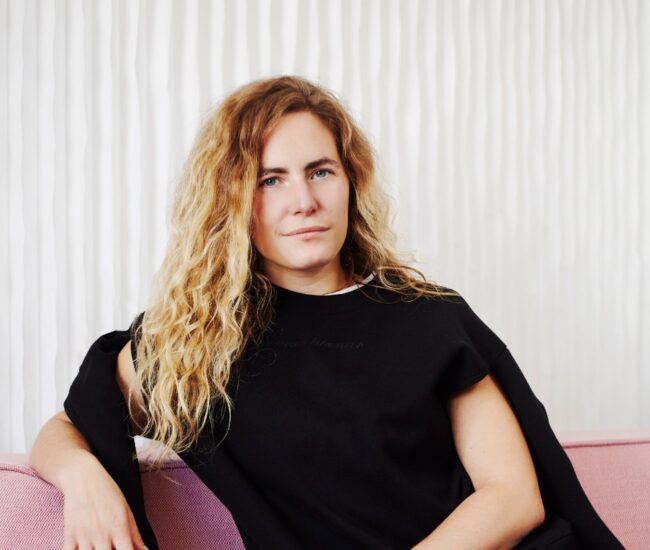 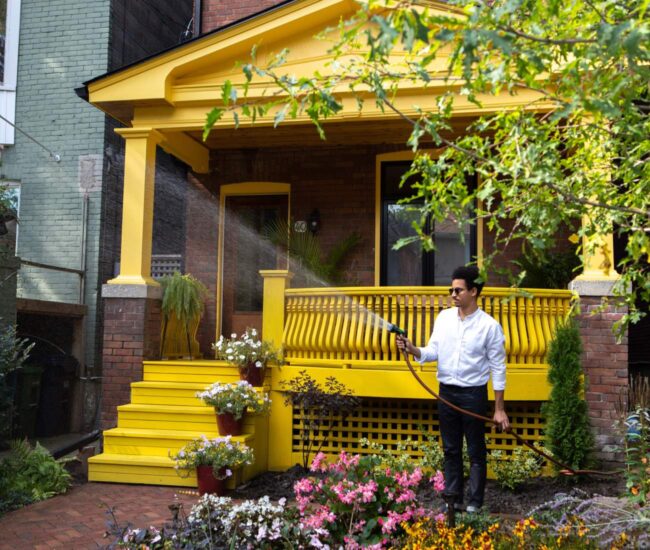 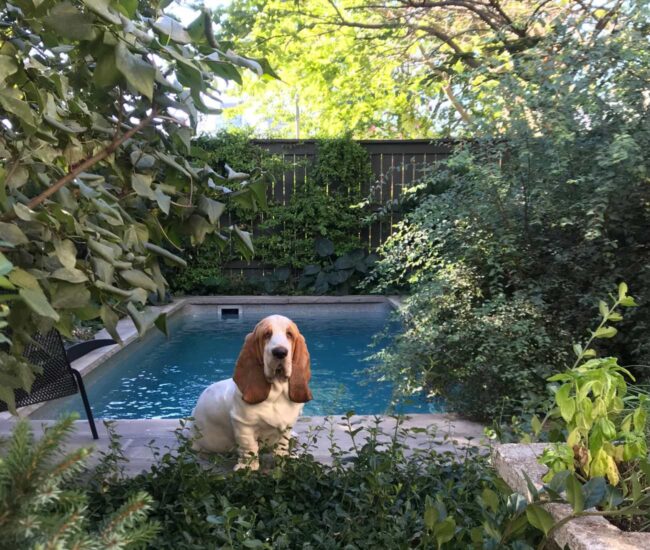 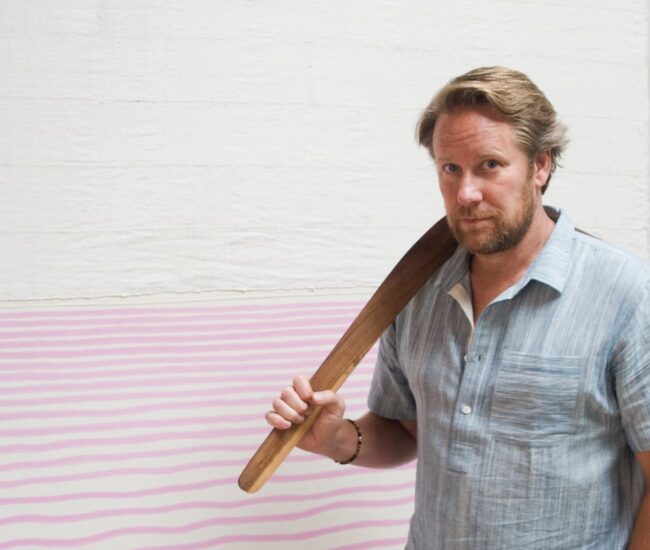