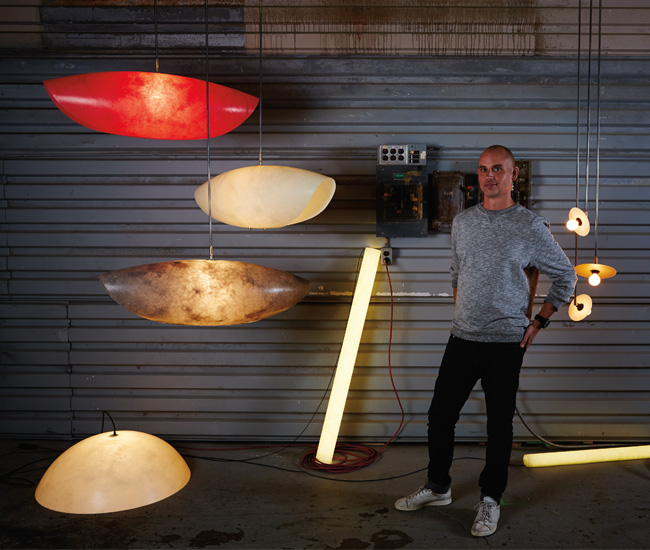 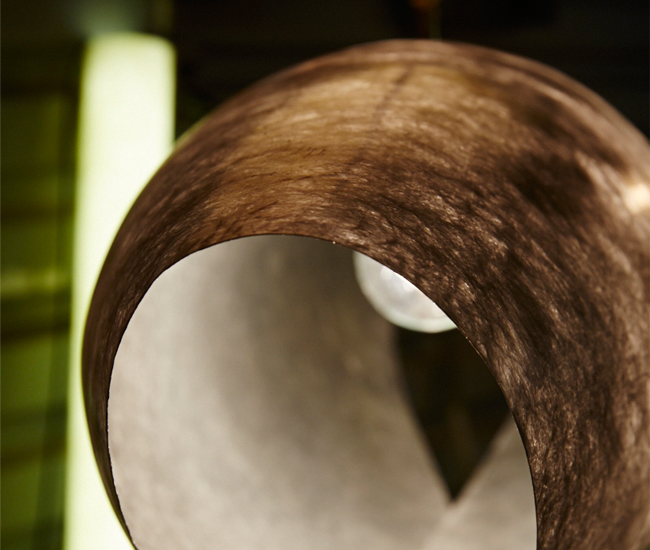 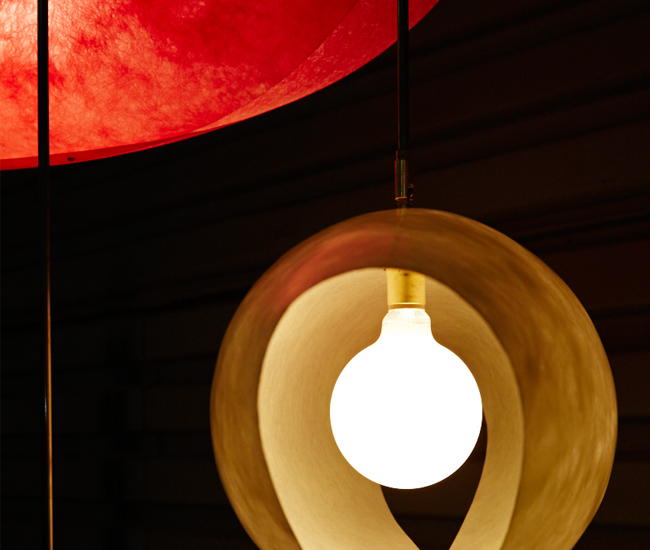 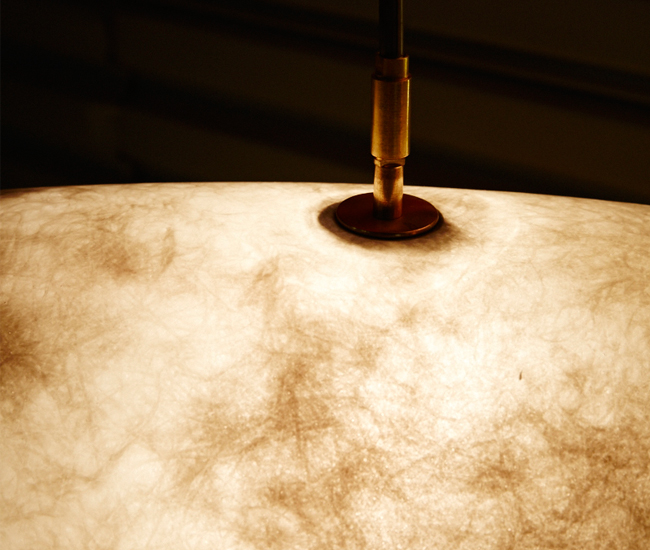 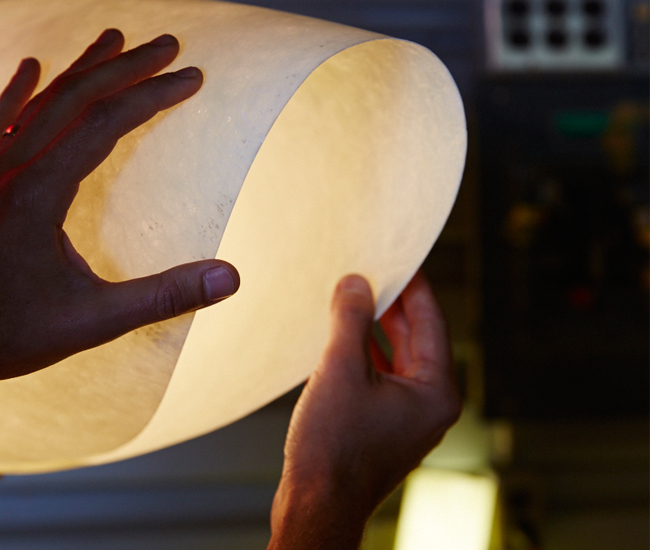 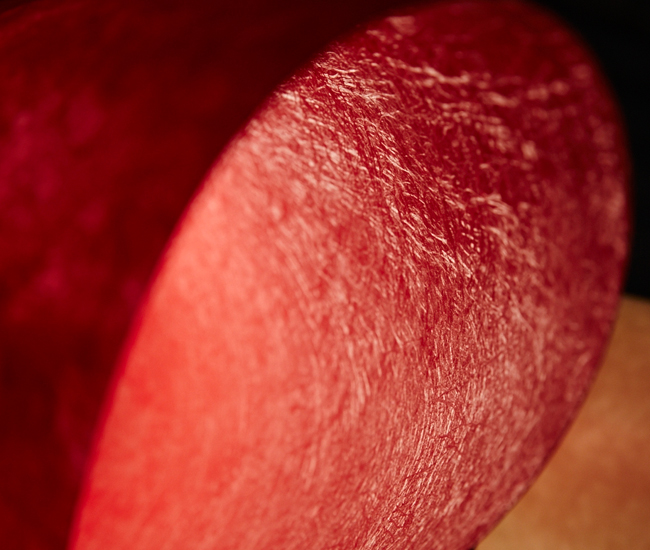 To truly get how Yoki Milke is able to transform an interior with his custom lighting, settle into a banquette at DaiLo. The new-Asian resto on College Street serves up a full-course feast of his boundless creativity: a multi-hoop wire-frame chandelier hangs over the back bar; a large steel wok fixture and globes emblazoned with dragons illuminate tables for two; and at LoPan, the upstairs bar, a helping of giant fibreglass dumplings cascades down from the ceiling. Through their wit and imagination, these brilliant pieces reflect the essence of chef Nick Liu’s culinary experimentation. “Sometimes it’s easier when there’s a certain theme to a place,” says Milke. “And sometimes not – because you don’t want to get too kitschy or gimmicky.”

At his Mimico studio and workshop, Milke displays his facility for a variety of materials as he bends, cuts and moulds his steel, brass, acrylic and fibreglass fixtures into shape. A love of the industrial and the distressed – and a thread of Bauhaus and art deco – permeates the pieces. Before setting up his own business, Milke Bau (German for Milke Construction), in 2012, he worked for almost a decade at Commute Home, a design studio known for its inventive ways with salvaged objects; in his own work, Milke gravitates toward lighting that feels as old as the discovery of electricity itself.

And yet, he doesn’t just appreciate the “then” – he always adds the “now.” On many of his projects, Milke collaborates with Solid Design & Build (SD&B). For Parkdale’s Polynesian boîte Miss Thing’s, SD&B asked him to incorporate 12 salvaged gramophones into light fixtures. Milke mapped out the brass parts on his factory floor (traces of masking tape are still visible) and then added his own touch: white blown-glass spheres that punctuate the compositions of horns with notes of sophistication. His dumpling-like lamps at DaiLo also demonstrate his ingenuity. To create them, he worked with a new-to-him material: fibreglass. Once it had been formed in a mould with polyester resin, Milke sanded, folded and wired it, creating a sleek, textured light fixture that looks and feels completely original, while referencing a centuries-old culinary tradition.