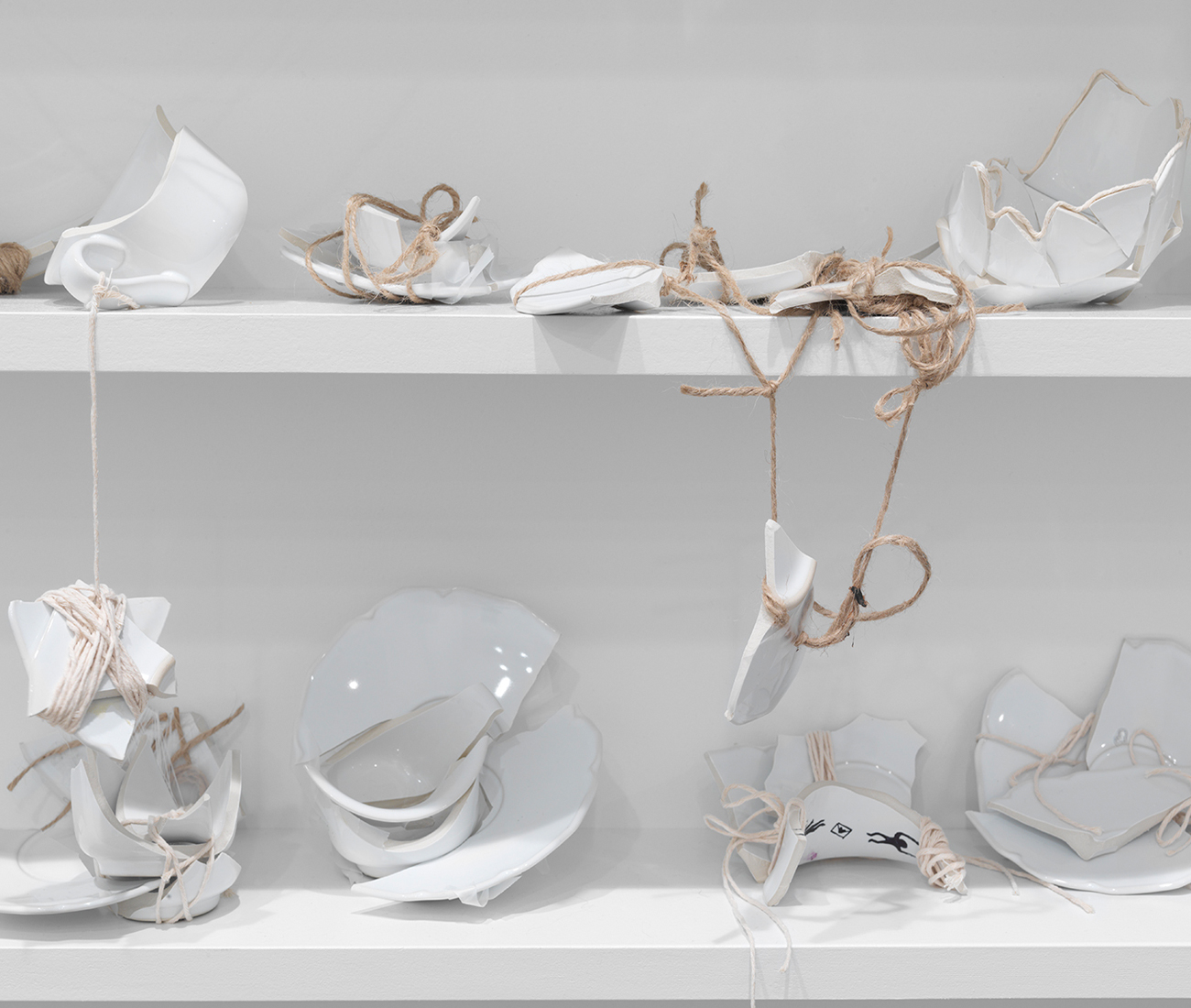 In a three-part installation, artist and peace activist Yoko Ono invites us to mend the universe (and broken teacups)

We’re all familiar with the sound of breaking glass. It’s a noise often heard at the end of hearty, wine-drenched meals, when sweeping up a zillion invisible shards feels like purgatory. Beneath our grumblings about having an extra chore to do, though, is something bigger: a split-second, clumsy encounter with one of life’s many irrevocable events.

As peace activist and artist, Yoko Ono finds solace from such moments in collective action. And so, The Riverbed, comprised of three participatory projects, is both an installation and call-to-action. In Ono’s world, a smashed cup is an invitation for the community to meditate, and mend what’s broken.

First exhibited in swinging 1966, Mend Piece asks visitors to piece together fragments of broken cups and saucers with humble materials: Elmer’s glue, string and transparent tape. The resulting wabi-sabi formations are displayed on shelves in an all-white room. “As you mend the cup,” says Ono, “mending that is needed elsewhere in the Universe gets done as well.”

Another soothing installation in the triptych, Line Piece, takes a similarly cosmic viewpoint. Here, a typed note affixed to the corner of a low table instructs visitors to extend a line drawn in a notebook to the “farthest place in our planet.” In the same room, visitors hang pieces of string in the gallery space using hammers and nails, creating a messy web that underlines the theme of unity. Floor cushions, strewn throughout the gallery, encourage rest and contemplation.

As Ono’s conceptual river washes over us, we learn to be a little more Zen.

Read about more events, exhibitions and happenings around the city here.